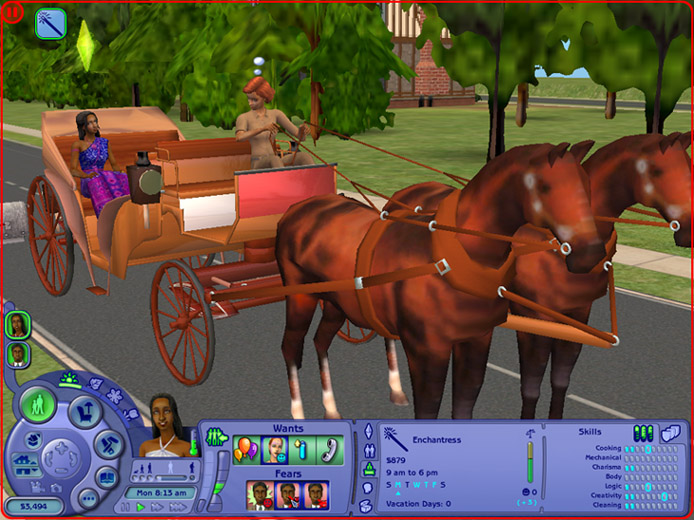 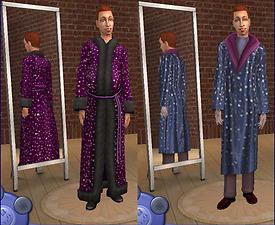 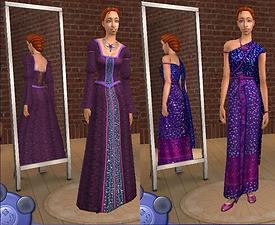 4,775 Downloads Quick download 677 Thanks  Thanks 35 Favourited 61,242 Views
Picked Upload!   This is a picked upload! It showcases some of the best talent and creativity available on MTS and in the community.

I was alerted to an issue that seems to make this career overwrite part of the science career. When I first made this career I didn't realize what I had to do about languages other than English. I used the science career as a base and so each language other than English has science descriptions, chance cards, etc. I have fixed this, so that now the English version of the magic career text shows up for all the languages. My apologies to all the people out there who play the game in other languages. To get the corrected language version, download the file below called Magic Career (Fixed Languages). There are two packages in it, one for the version with custom uniforms, and one for the version without custom uniforms. Replace your current version of the career with the new one. If you are downloading for the first time, ignore the career in the main .rar (you can delete it) and use the appropriate one in the "fixed languages" .rar.

Here is my version of a wizard career. It is based on the magic-user class from Dungeons & Dragons. Way back in the first edition, circa 1978. Most of my Sims are based on my old D&D characters so it has been difficult for me sometimes to find them jobs that really fit them. I began thinking about custom careers and I remembered that way back then the classes in D&D had titles for each level. I thought that those would make pretty decent job titles for a career in The Sims 2, so I began fleshing them out. This is the first career based a Dungeons & Dragons class. I plan to do more. My major snag was appropriate carpools. Since my career was medieval fantasy in nature, it really didn't make sense for a hatchback or limo to come as a carpool. I secured permission from Hexameter for the use of his great horse and wagon/carriage vehicles as carpools. I, in my ignorance, thought that it was as easy as assigning the GUID for one of those vehicles as the carpool in the career. As it turns out it is far more complicated than that. All of the credit for the custom carpool goes to Hexameter. The best my efforts could come up with was getting the carriage to come as the carpool and stop in front of the house. The second anyone queued up the "Go to Work" action, the carpool disappeared. Hexameter and I talked back and forth about how to make it work until he looked at my package and redid it for me. Actually, he started from scratch, even giving the carpool custom sound. I can't thank him enough for what he's done. It just goes to show how great the people around here on MTS2 are. Here is a link to his original vehicle that the carpool vehicle is based on for information pertaining to his mesh:
http://www.modthesims2.com/showthread.php?t=129461

Anyway, here are the details of the career:

-- Custom icons
-- Complete chance cards
-- EP ready (University is required only for the career reward, your Sim doesn't have to graduate college to be employed in this career.)
-- Available with or without custom uniforms since I had to base my uniforms on outfits from several different EPs and SPs
-- Career reward is the Resurrect-O-Nomitron with a different description and name, but it shows up as a separate entry in the career rewards with my icon
-- Doesn't overwrite any career that I know of
-- And, of course, the previously mentioned custom carpool

I now have a Magic Career for Pets if you'd like your wizard to have a familiar. It can be found here: http://www.modthesims2.com/showthread.php?t=236417

MyshunoGuy has made a major tailored to this career. It can be found here:
http://www.modthesims2.com/showthread.php?t=258194

I had a little fun with the chance cards and tried to base all of them on wizards from movies and/or books. Only one of them is completely made up. Sadly enough, I couldn't think of ten different ones that I was familiar enough with to write about. Can anyone identify the situations from all the cards and tell which one I completely made up? Here's your only hint: since my career was medieval in nature, I tried to avoid modern day wizards like Harry Potter, so there's nothing from that.

Here's a screenshot of Seasons' Priya Ramaswami as she goes to work in her new career in the field of magic:

A note about the custom uniforms, I looked all through the outfits trying to find some that looked sufficiently wizard-like to recolor into wizard robes and it was hard to find Maxis outfits that worked. In the end, I had to settle on recoloring the Nightlife vampiress dress, the Holiday Stuff Santa robe, a dress that I think also came from the Holiday Stuff Pack, and a long coat that came from Glamour Life Stuff, so, of course, these will be required for the uniforms to be there. However, I know that many people will not have all of these, so I'm also putting up a version where your Sim will go to work in their everyday outfit in place of all of those, so you can dress them however you like for work. Also, I wasn't completely happy with an otherwise thin Sim putting on weight when he dresses in his wizard robe (the one based on the Santa robe) but with my present skill level there was nothing I could really do about it.

For the career and uniforms:
Please use these or modify these as you will, but please do not upload to any paysite (even if it's free on the paysite) and please give me credit.

For permissions pertaining to the carpool and its associated sound files, you would have to contact hexameter.

Additional Credits:
Maxis for the game
SuperFly for the general tutorials
Bidou for the career editor
Skiingiggy for the career reward tutorial
Vagrant for the uniform files
Everyone behind SimPE Everyone at MTS2
My wife for playtesting for me
And especially Hexameter for his help with the carpool

Description: Many great seers have been able to glimpse the future, but only the incredibly talented wizard known as Nomitron has actually been able to summon an item from the future. This is the result of his handiwork. Nomitron saw future times where people were able to communicate with invisible spirits using devices like this one. Recognizing the importance of such an item, he placed it on an arcane pedestal and enchanted it to work in our time. Now, if you have lost a loved one (or someone who owes you money), you can contact otherworldly beings who might, if you can offer them enough of your gold, be able to bring that person back to you.

Description: Many great seers have been able to glimpse the future, but only the incredibly talented wizard known as Nomitron has actually been able to summon an item from the future. This is the result of his handiwork. Nomitron saw future times where people were able to communicate with invisible spirits using devices like this one. Recognizing the importance of such an item, he placed it on an arcane pedestal and enchanted it to work in our time. Now, if you have lost a loved one (or someone who owes you money), you can contact otherworldly beings who might, if you can offer them enough of your gold, be able to bring that person back to you.