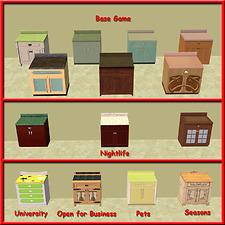 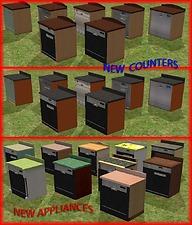 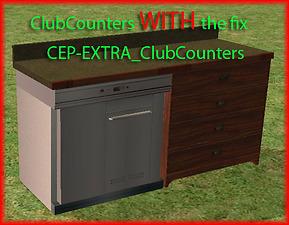 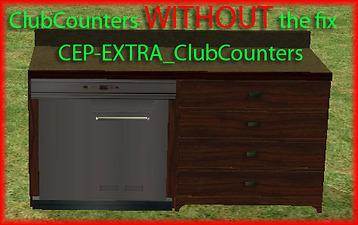 2,231 Thanks  Thanks     228 Favourited
This is a featured upload! It showcases the best talent and creativity available on MTS and in the community.

Both the globals were updated for the SP Kitchen & Bathroom, including the new appliances

Both the global are now updated for the SP Kitche & Bathroom, as you can see in the img, added the new two counters and the two appliances
They are compatible also with Apartment Life and Mansion & Garden.

In italy we say "better late than never"

Even if I know very well this problem with the counter's shadows.......
ehmm there were a bug about some shadows of the counterclub, they are white

Many thanks to Max3D to have reported me this: now all is fixed.
Please re-download: the update file, in the main post, is ML_GlobalMod_CounterFriendly_(Counters).rar

UPD 11 Mar 2008
Now both the globals were updated for the new EP Free Time.
The ML_GlobalMod_CounterFriendly_(Appliances) includes also the new dishwasher and trashcompactor of FT.
Both the archives were updated, please re-download.

Note: when the kitchen & bath SP will comes out, sure these mods will required a major update.

Why these MODs?
These global mods allow appliances to be really encased inside the counters, without showing metallic parts.
In order to obtain such result, two separate mods are needed: one to create the missing sides of the counters, and another one to slightly reduce the appliance size (so not to show the back side through the counter). If in doubt, install both.

ML_GlobalMod_CounterFriendly_(Counters)
This global adds the counter under the Top, creating the side panels to cover the metal parts of appliance encased.
The global effects all the Maxis counters from the base game to B.V., with the exclusion of the UNI and SSN models whose design is not suitable (Industrial, LockerRoom e Tiki). 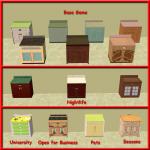 ML_GlobalMod_CounterFriendly_(Appliances)
This global reduces the size of the appliances, preserving their animations, so as not to show the metal part on the back of counter. The global has only affect on Maxis appliances: Cheap Dishwasher, Expensive Dishwasher and Trash Compactor.
This mod is useless without the other one.

Install/Unistall and Game Usage
Extract the packages from the rar archives and put them into your Downloads folder, you can also use the Q-Xpress, if you like.
You do NOT see anything added in the game catalog, and you do NOT do anything in the game: the mods will automatically apply to all the counters and the appliances, also those already present in your lots.
To uninstall, delete simply the files from your Downloads folder.

Both the globals are compatible with the base game and any EPs/SPs up to B.V.