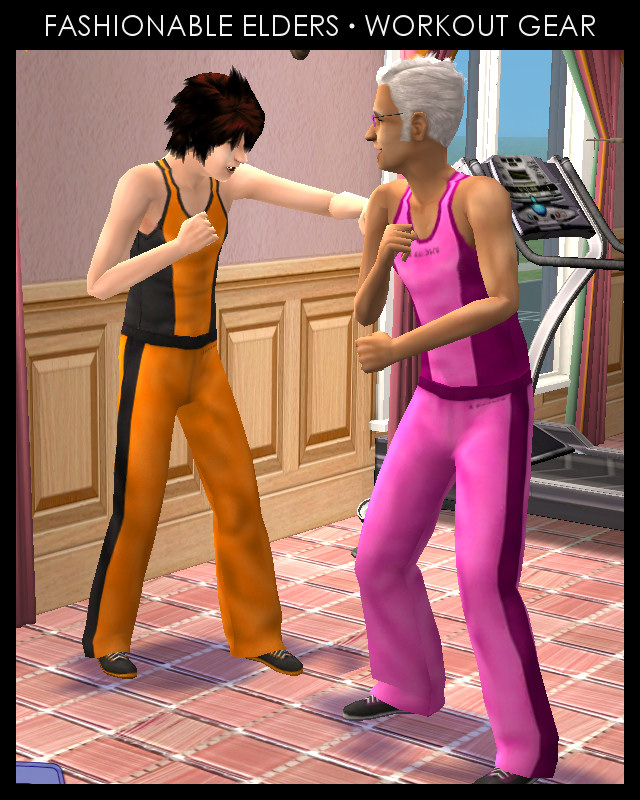 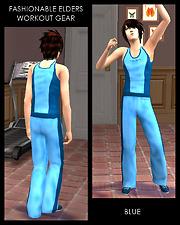 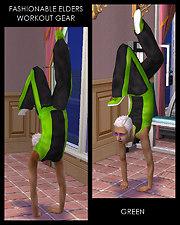 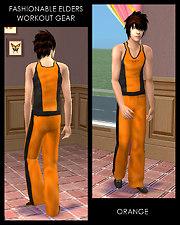 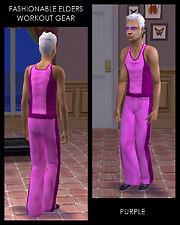 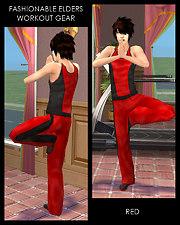 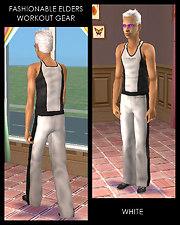 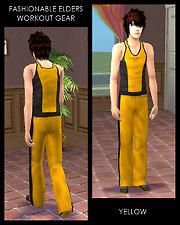 672 Thanks  Thanks     32 Favourited
This is a new mesh recolour, and means that you will need to download the particular mesh itself in order for this to show up in your game. See the Meshes Needed section or read the text for more information.
Picked Upload! This is a picked upload! It showcases some of the best talent and creativity available on MTS and in the community.
Better late than never... it's "only" been five months since I last uploaded something here. Back then I promised there would be one more fashionable elders upload. Lo and behold, here it is, the missing link: sportswear.

Instead of the tracksuit mesh usually used for sportswear, these use the drawstrings pyjamas mesh that was kindly converted for elders by Phaenoh. All hail her for her brilliant conversions!

Personally I've never really understood the point of having only tracksuits for workout gear in the game. Yeah, it's probably what you'd wear if you went jogging outdoors, but in the game (at least in the expansions I've got installed) your sims always work out indoors. Now who the heck wears a tracksuit while working out indoors? The mesh I used on the other hand is fairly believable for that purpose, and you could wear it when jogging outdoors as well - provided it's warm enough. (And if you don't have Seasons, it always is).

Seven colours available. Some work better than others, but I like all of them. Some of the sreenshots have blurry backrounds - for some reason the game decided to downgrade my graphics quality without asking me when I was in the middle of taking the screenshots. The clothes themselves however are in proper quality also in those pics.

The important stuff:
You must download Phaenoh's "Elder-DrawstringPJs-TexturesMesh.rar" file from here in order for these to work. Be sure to grab the right file.

Other than that, enjoy!

Additional Credits:
- Faylen, once again, for her How to Add Shadows and Highlights tutorial.
- Phaenoh, not only for the mesh but for swiftly fixing a fault I found in it.
- Visage (The Anvil, Beat Boy), John Foxx & Louis Gordon (Shifting City) for the soundtrack.


These recolours may or may not be endorsed by K-030.