Less Sleep for YOU: Superior Energy Gain for beds and tents! 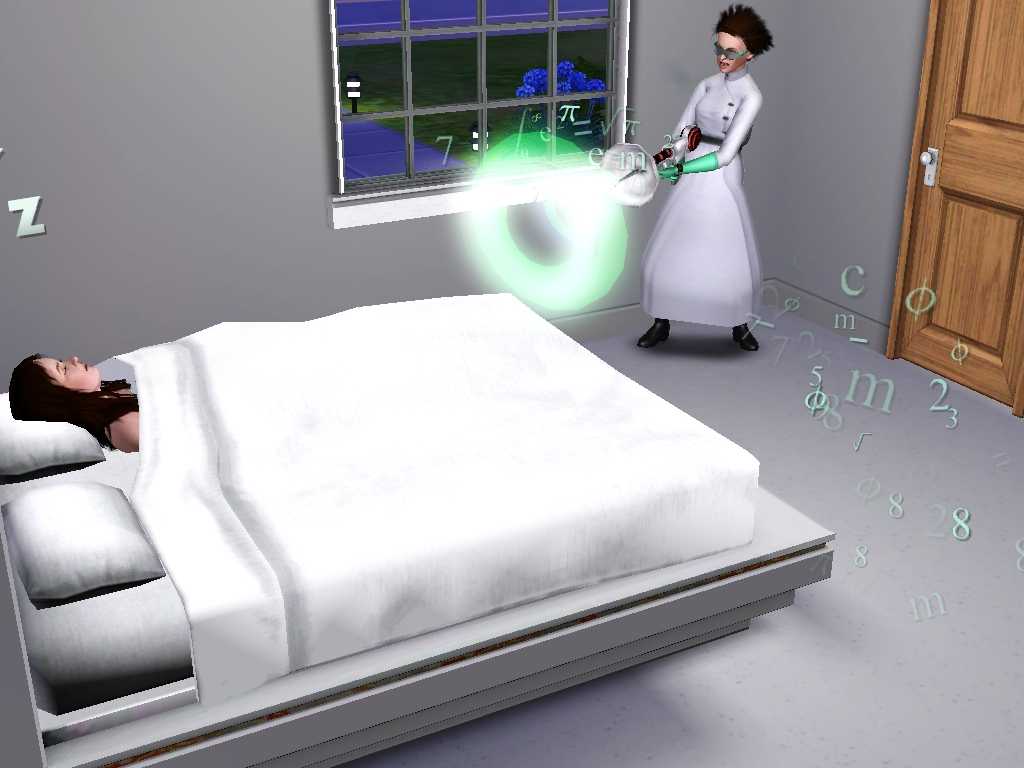 Now compatible with the beds added in WA/HELS/Amb, as well as the tents. They're in separate packages for those of you who are masochistic tent-lovers in the audience.

Anyway, on with the old FUNY CAT HA HA post:

Tired of having sims sleep for ten hours, but don't want to have beds that are all magically comfortable and make your sims feel good?

Are you terrified by the tyranny of cushiness? Pontificating the point of panbedual prettiness?

Do you just want a mod that makes all beds equal and great at increasing your sims' energy, but still want to let your sims know that some beds are MORE equal than others?

Science is here to help. With a global energy delta of 1.5 for all beds (0.14 greater than the alternative!) your sims will sleep for about 7 hours, but with the miracle of lower comfort and poorly constructed springs, sims can still experience the magic of sore backs.

The RTFM in the archive has the information on how to install, but people like reading things twice, so here: put it where you put other package mods, i.e., under ..\Mods\Packages\ in your TS3 base game directory.

Compatible with AwesomeWare and any other XML tuning mods that do not directly modify bed statistics. Will NOT work with Nightie's mod, either you want to cheat or you want things to make sense and use this one.

HAY GUYZ!!1 This is probably COMPATIBLE with WA/1.6.6. I personally do not have them as my computer has mysteriously begun refusing to run TS3, but I have read people's "these mods work with my WA/1.6.6" readouts and this and my others were included.

Additional Credits:
The maker(s) of S3PIDemoPE, which I used to make this.

Nightie, for making the alternative cheatier version of this mod, which inspired me to make this.

See: Game Help:TS3 CC Basicswiki for a full guide!
Back to download view
78 Comments / Replies (Who?)