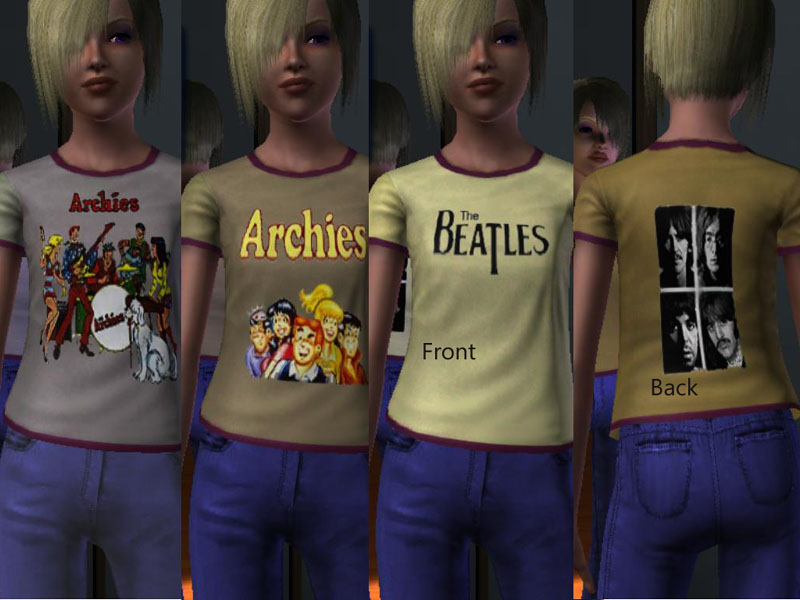 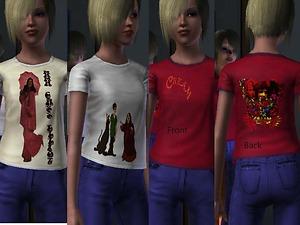 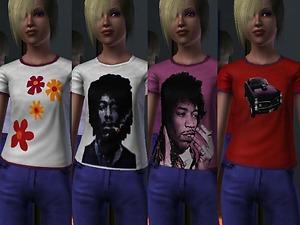 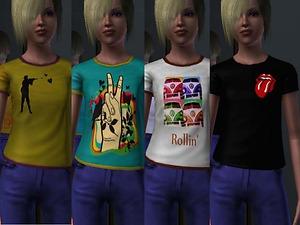 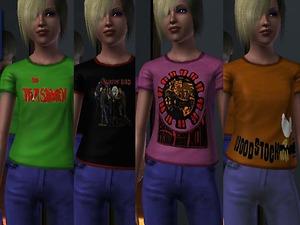 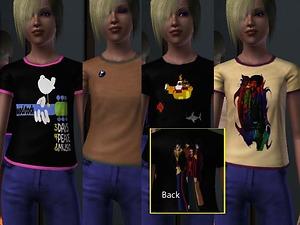 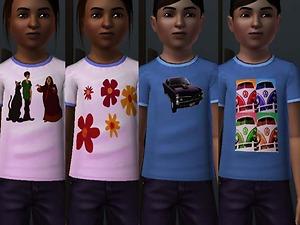 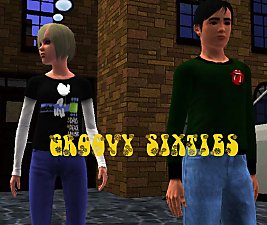 307 Thanks  Thanks     31 Favourited
This is a Maxis Recolour which means that it is a recolour of an item that already exists in your game. Please check the Expansion pack requirements to see which game pack it recolours.
I'm finally about to start on the eighties set...now, I know the eighties is a lot of peoples favorites so, if you have something you want done leave a post here and I'll consider adding it to my LONG list. It can be music of any genre or it can be a piece of pop-culture from the 80s. Now get nostalgic!

Both the crew and long tees go as followed:


If you do decide to use the repacked files, make sure to remove the old ones. And also, if you had a sim currently wearing one of these shirts, you'll have to put the shirt back on them.

In my usual fashion, when I do something, I do it big! So, I present to all you lovely people part one of a four part set! I'm a fan of the decades and while listening to my iPod, I thought up a neat idea for my next project: Vintage Tees from the 60s on through the 90s!

I put a lot of hard work into these and I damn near melted my graphics card trying to take screenshots with all the visuals maxed. But, it was worth it. :D

Anyhoos, Part 1 is the Groovy Sixties! I made a collection of t-shirts based off of my favorite bands, and also a few pieces of pop culture from this era added in. There are child versions and teen versions for both sexes. I wanted to do an adult set as well but there's some kink with the adult female t-shirt mesh that makes it unusable for stencil designs...and it would bother my spirit to have t-shirts for adult males but not for the females. Sorry, but I'm OCD like that :D

Each Set is broken into mini-sets that go as followed:

(Phew! That was a lot to type)

I apologize for such a large number of sets in the male teen shirts, but CTU had a mental breakdown if I added more than two or three designs to one .package at a time.

If you couldn't tell already, I put my heart and soul into these shirts. So, I hope y'all enjoy them ;D

And, check out Part 2: the Solid Seventies

If you need more info, see:
Back to download view
25 Comments / Replies (Who?)