Fixes for the broken lights in EA glass doors and arches, and Lemoncandy's glass door 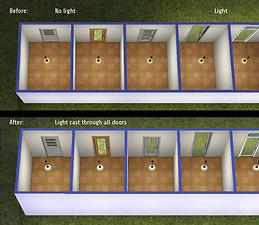 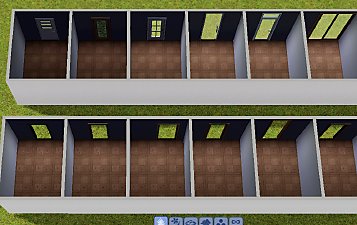 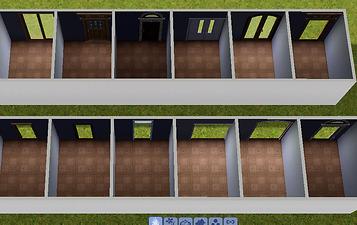 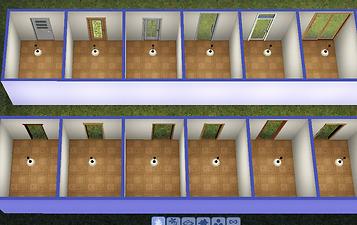 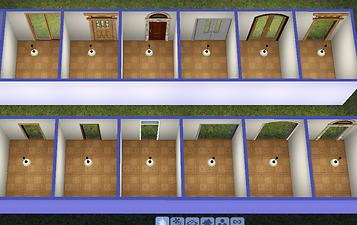 1,418 Thanks  Thanks     195 Favourited
These are fixes for the broken and implausible lights in EA base game glass doors and arches, and a fix for the broken light in Lemoncandy's glass door available in this thread. I also changed some of the nonsensical prices while I was at it.

All of these are made from 1.8.25 files, I have no idea whether they're backwards compatible. Also, I'm on OS X and have an 8600M GT – graphics may look different on a different OS and hardware.

All glass doors now have light; all lights now (roughly) correspond to how much glass the door has; all arches of the same size now cast the same amount of light no matter whether they're cheap or expensive. Works for both daytime and nighttime (artificial light cast outside), see the other screenshots below.

The way these work is that they point the VPXY at a different LITE instance (one that works and makes sense for that door); I didn't change anything about the lights themselves.

You will have to delete and re-buy the door/arch in game to see an effect.

The fix for Lemoncandy's door will have to be installed so that it overrides that door (e.g. edit your resource.cfg so that it reads /Mods/Overrides with a higher priority, then plunk my package into /Overrides. If you don't understand what this means, do not use that fix). Lemoncandy, feel free to take this and use it for your door if you want.

I put all of the EA fixes/changes in one zip (since they're 1k each), but they're all in separate packages so you can pick the ones you want. Fixes are for all 1- and 2-tile arches and glass doors in the base game, except DoorSingleCountryArch (couldn't find a VPXY for that), DoorSingleModernArch aka Prima Donna Arch and DoorDoubleSlidingPatioArch2x1 aka Archway to Heaven (those resulted in wonkiness). The 3-tile ones looked OK in my eyes, so I didn't change those.

Doors now cost more than the corresponding arches, since they already come with an arch. EA had sometimes made the doors-with-arch cheaper than just the arch, which makes no sense at all. All of these are separate packages available in the "_prices" zip. Price fixes and light fixes are not dependent on each other.

All packages are named after the internal names; here's a list of what's what (internal name -- English name; I have no idea about other languages):

These will clash with anything that modifies the same resources, like default overrides for EA doors/arches. I'm not aware of any such overrides though.


Enjoy .. and please respect that I don't take requests. Do not PM me about this, post here with any issues.

See: Game Help:TS3 CC Basicswiki for a full guide!
Back to download view
25 Comments / Replies (Who?)