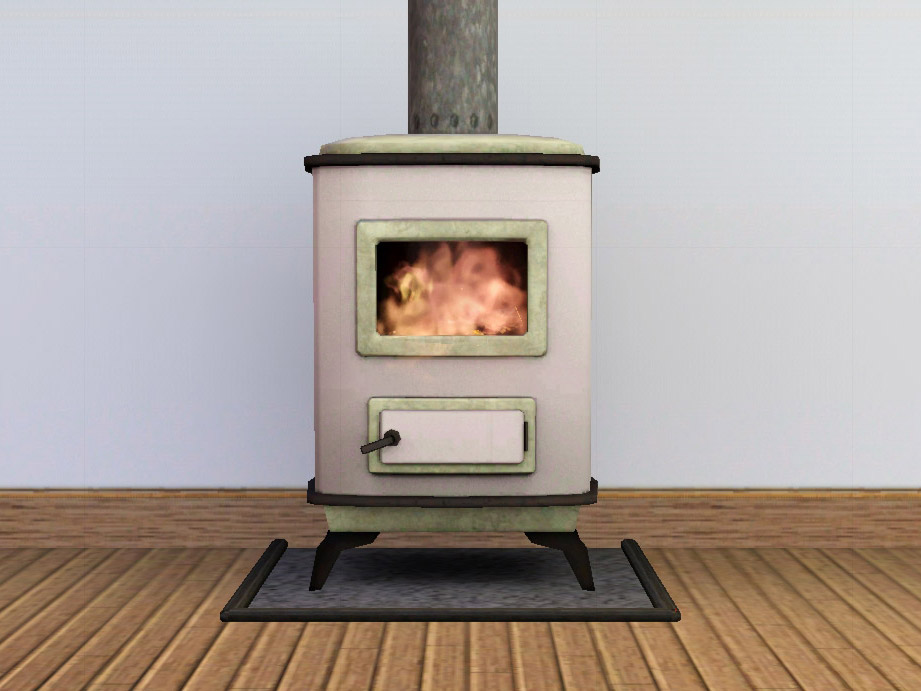 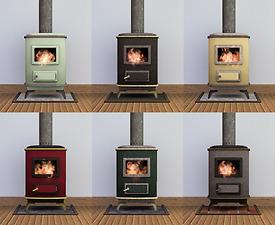 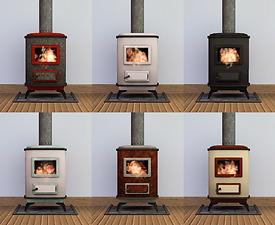 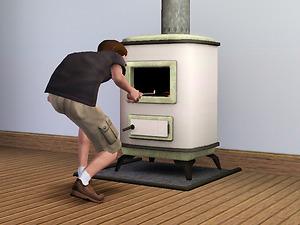 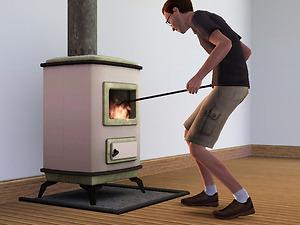 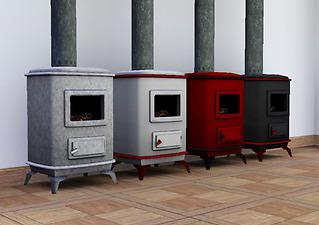 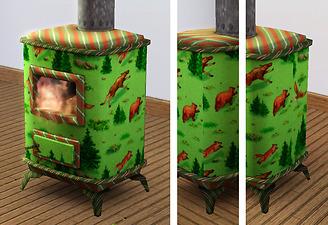 1,882 Thanks  Thanks     180 Favourited
This is a new mesh, and means that it's a brand new self contained object that usually does not require a specific Expansion pack (although this is possible depending on the type). It may have Recolours hosted on MTS - check below the description for more information.
Picked Upload! This is a picked upload! It showcases some of the best talent and creativity available on MTS and in the community.
Here's a simple, oldfashioned stove – technically it's a fireplace, but without bells and wistles. Sims can use it like a fireplace, i.e. light a fire and poke it.

It costs 480§ in game and is in the Build mode catalogue > Fireplaces. 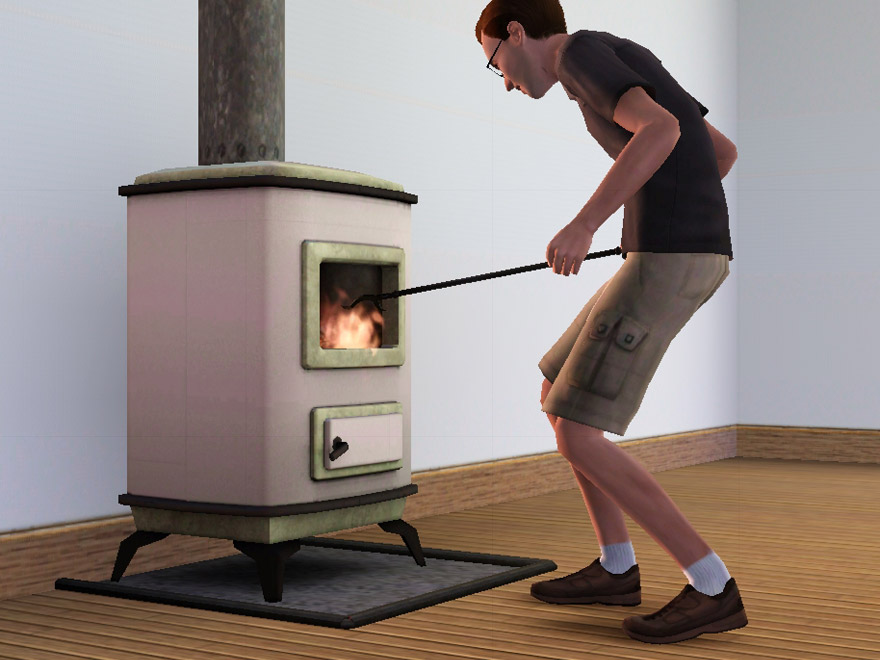 It has three recolourable channels: body, top/bottom/frames, and top and bottom rim plus feet and handle. Berta is cloned from the cheap modern EA fireplace and has the same presets as that – they’re not uber fantastic, but they make sense. See the "presets" screenshot.


Compatibility:
Made from 1.8.25 files. I'm told it works fine in newer games too, see the comments (thanks for letting me know!).


Known issues:
The stove is moved further back to the wall than the original one, so the fire is quite far in front now – flames will often appear to come out of the window, which looks a bit dangerous. (I know that a stove like this would normally have a door .. but sims can't very well poke a fire through a closed door, so I pretend that my sims are all slobs and have lost the door somehow).

There are two seams in the texture on the side and back of the body; this is because the entire witdh of the body wouldn't have fit on the map otherwise (without losing a lot of detail), so I had to cut the mesh somewhere. With more or less monochrome textures, it depends on the angle of light whether you can see it at all; with large floral patterns it's going to be more obvious. See the "tiling" screenshot below.

The UV map of one of the chimney parts is broken – I can't fix this with the tools that I have at the moment. See the "chimneybork" screenshot to see what it looks like. If this turns out to be fixable, I'll fix it; if not, I can live with it (I don't often study the chimneys of my sims' houses in detail).


Known nonissue:
There is a one-pixel line across all of the textures visible in some of the screenshots – I'm pretty sure this is my game, not the texture. If you look very closely on the "Berta-01" and the playtesting screenshots, you can see the same line on the wallpaper as well.


Made in blender with the help of s3pe, s3oc, Aorta, Photoshop, Milkshape, and S3 Object Mesh Tool.


Polygon Counts:
High detail mesh: 963F/1008V; low detail: 329F/423V, plus the chimney bits (those are identical to the EA ones – they're modular, so the total count depends on how many levels your house has).

If you need more info, see:
Back to download view
56 Comments / Replies (Who?)