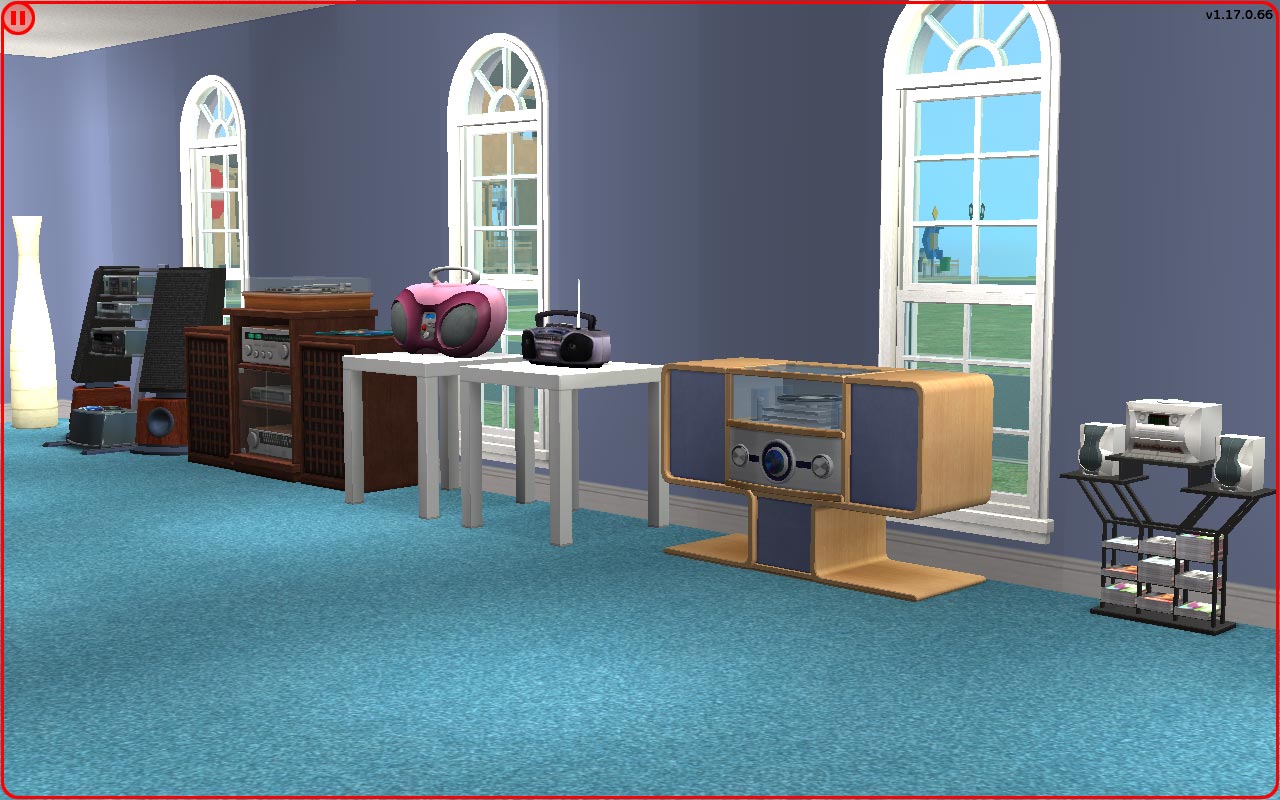 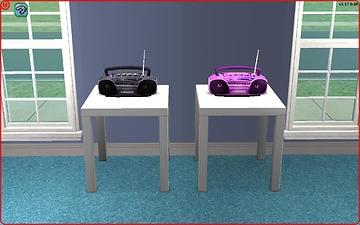 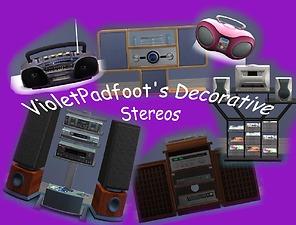 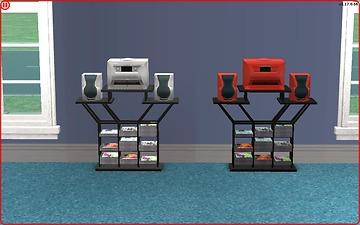 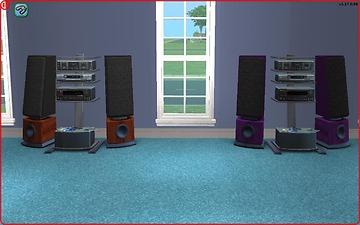 99 Thanks  Thanks     9 Favourited
This is a new mesh, and means that it's a brand new self contained object that usually does not require a specific Expansion pack (although this is possible depending on the type). It may have Recolours hosted on MTS - check below the description for more information.
Are your Sims always Smustling when they should be sleeping? Do they always turn the stereo on just to walk away from it, blasting their music for all and sundry to hear? Does it really annoy you? Be annoyed no longer with VioletPadfoot's Decorative Stereos!

I finished my Decorative Televisions and was thinking "is there anything else annoying that I could turn into a statue?" Then I remembered the incident near the beginning of my Sims2 days involving the Pleasant Twins and their stereo. They kept turning it on. I'd direct someone to turn it off, and one of the twins would turn it back on. So I turned the music off in my game so that I could play that household with some sanity still intact (that and there seemed to be music playing at other times when there was no music producing object). With this thought in mind, I decided the next project I should work on was making the stereos decorative. Plus it rounds out the electronic annoyances quite nicely. 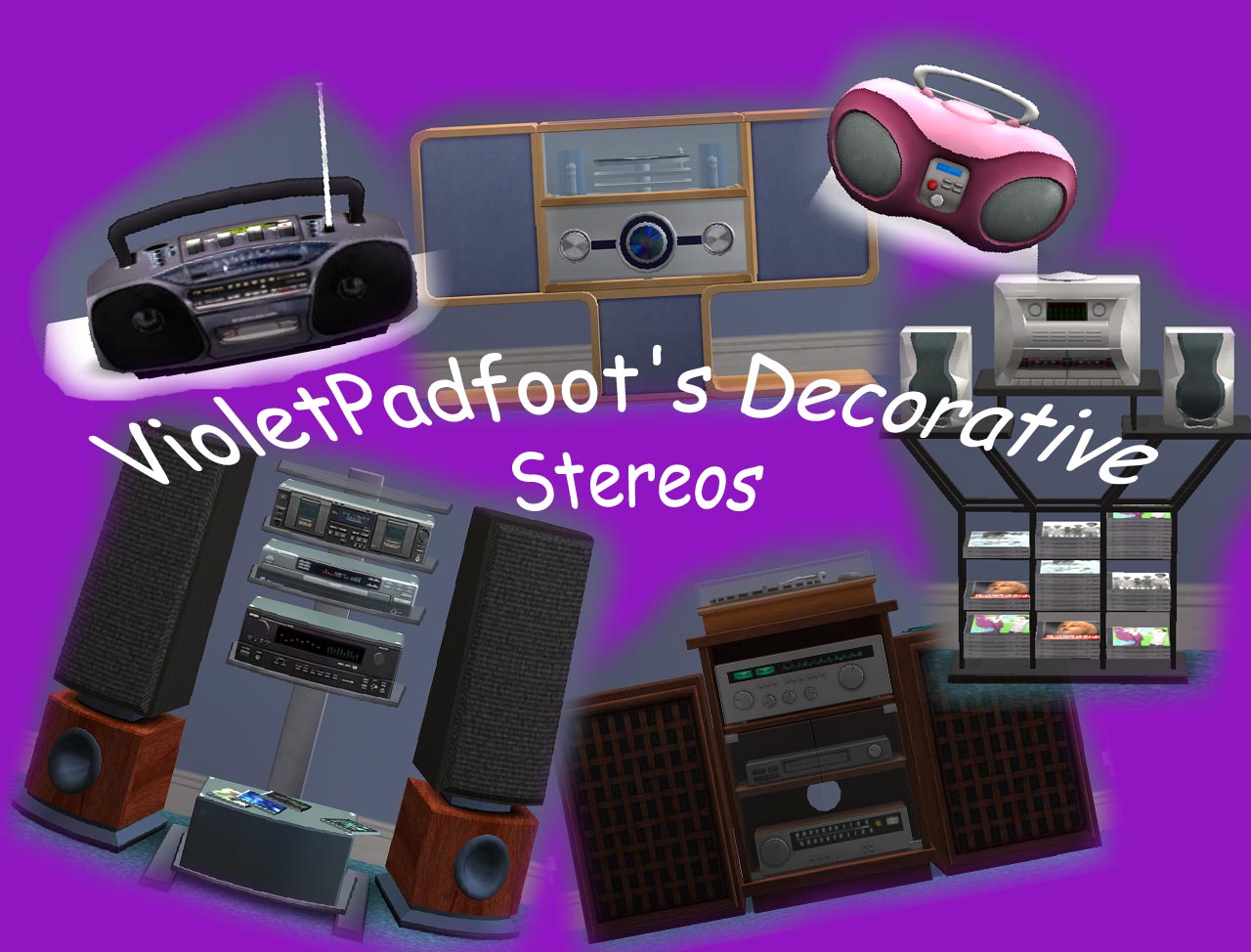 All the stereos, just like the TVs and Computers pull all textures from their original counterparts, including all recolors (as demonstrated in the pics below). They are also one-tenth the price of the original stereos and found in the Decorative/Sculptures category in the catalog

These files will not crash the base game, but since they pull all textures from the original stereos, they will have no texture without the correct expansion/stuff pack.

THANKS TO:
anobouzu for requesting the TVs. I later found out he/she wanted the stereos as well, but didn't want to be seen as rude asking for so much
Numenor for the AGS
The makers of SimPE, without which, all object creations would be pretty much impossible

Polygon Counts:
The PolyCounts are unchanged from the Maxis originals, so if they seem high, blame Maxis