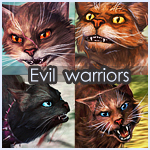 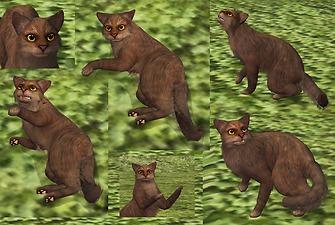 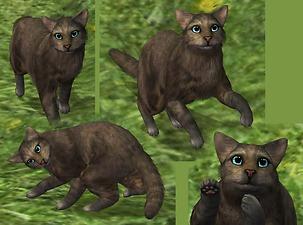 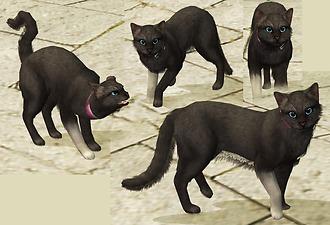 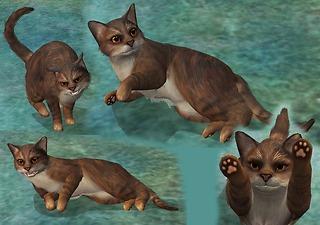 336 Thanks  Thanks     47 Favourited
Picked Upload! This is a picked upload! It showcases some of the best talent and creativity available on MTS and in the community.
These are the four most important heroes of the book series "Warriors", written by Erin Hunter.
Four villains who wanted to take power over the forest in their paws.

Brokenstar is a huge long-haired dark-brown cat with bright yellow eyes and a wide muzzle, scratched in battle. The tail is curved in the middle, like a broken branch.
Overly ambitious, ruthless, arrogant.

This processed image from the game. In game screen:

Scourge is a little skinny cat with black fur, ice-blue eyes, and lengthened claws from dog's teeth, On neck he wears a collar with dog's and cat's teeth.
Angry, ambitious, proud, very vindictive.

One work of the my fan-art. In game look:

Tigerstar is a big dark brown tabby tom with a unusually long claws front paws and amber eyes. One ear is deeply torn in the form the letter V, a scar on his nose.
Ruthless, cruel, treacherous, arrogant, vain, courageous, skillful warrior, devoted to his children and tribe.

This image is drawing in Photoshop. Cat in game: