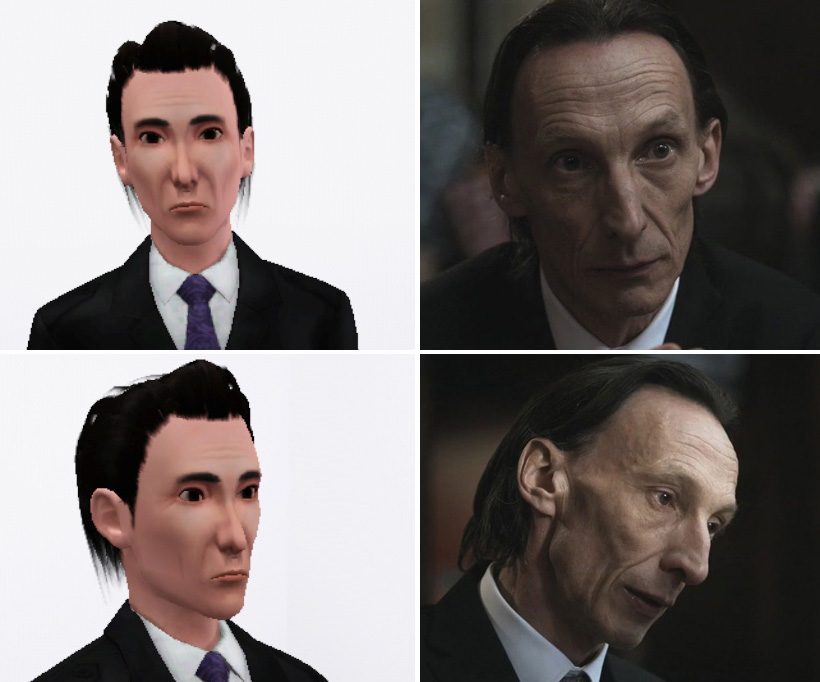 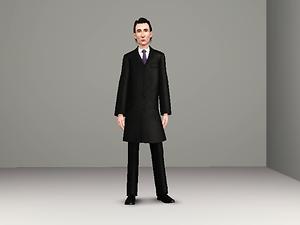 Time to try my hand at making a character sim! I used to to this all the time but I was never good at it. Somehow Captain Jack Sparrow would turn out looking like Atsushi Sakurai (UNF! ;D) or Arwen would look like Mick Jagger (I wish I was joking.) While not an A-List celebrity, Julian Richings (the actor who plays Death) is one of those "that guy!" actors everyone has seen at least five times (at least in the States and Canada) in various bit parts, and Death is just such a badass character that I had to recreate him.

Death - What can I say about him? Well, he's creepy and scrawny but he could very easily kick your ass. He's one of the few entities that can strike paralyzing fear into Dean Winchester's heart. I mean, come on, he's Death! He also has a sexy car (even sexier than War's 'Stang.)

Death is packaged with base game clothes. Follow these links to download the CC used in the photos above to complete his deathly look.

Do whatever you want, just credit me if you do it.