by heaven Posted 20th Dec 2013 at 4:20 PM - Updated 1st Jan 2015 at 2:32 AM by heaven
19 Comments / replies (Who?) - 2 Feedback Posts, 17 Thanks Posts
This is a new mesh, and means that it's a brand new self contained object that usually does not require a specific Expansion pack (although this is possible depending on the type). It may have Recolours hosted on MTS - check below the description for more information.
With the new year just around the corner, it's time for another calendar for your sims. I'm here with the 2014 addition of the MTS Official in-game calendar. As with last year's upload, the calendar functions as a manual preset rather than tying to changing of the seasons. If you do have Seasons and have each season enabled and set to the minimum of 3 days, you'd have a 12 day calendar. You just need to CAST the picture to change the preset to the next month. However, the pictures are pretty enough to leave up as long as you'd like. 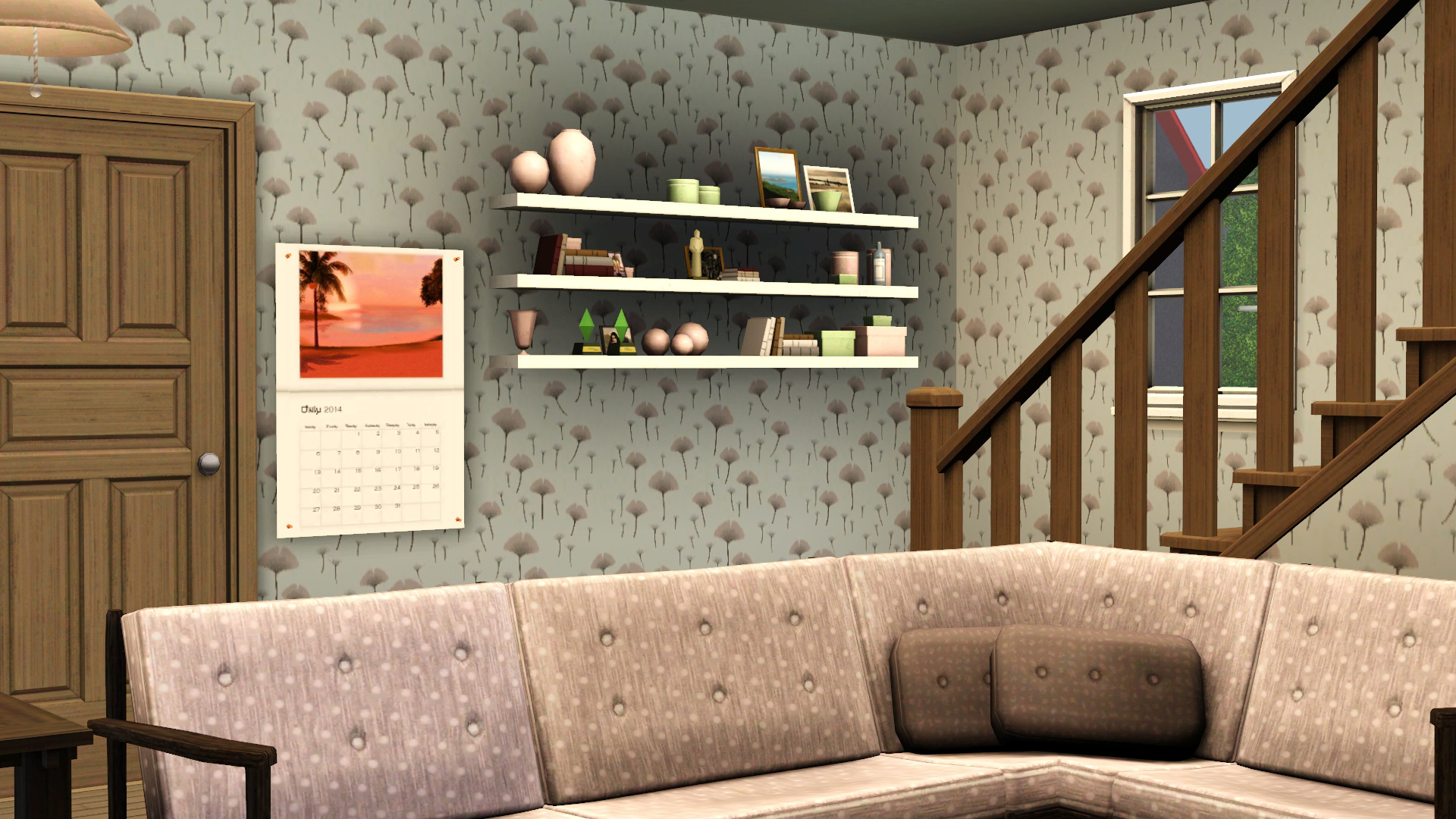 Also, this calendar does not overwrite previous years. You can have all of them in your game at once. Whether your sims are hoarders and never get rid of anything or you really just like the pictures, you can keep your 2012 Wall Calendar and 2013 Wall Calendar with no problems. Do make sure to clear your caches first though, including thumbnails, to make sure it shows up right in the catalog. 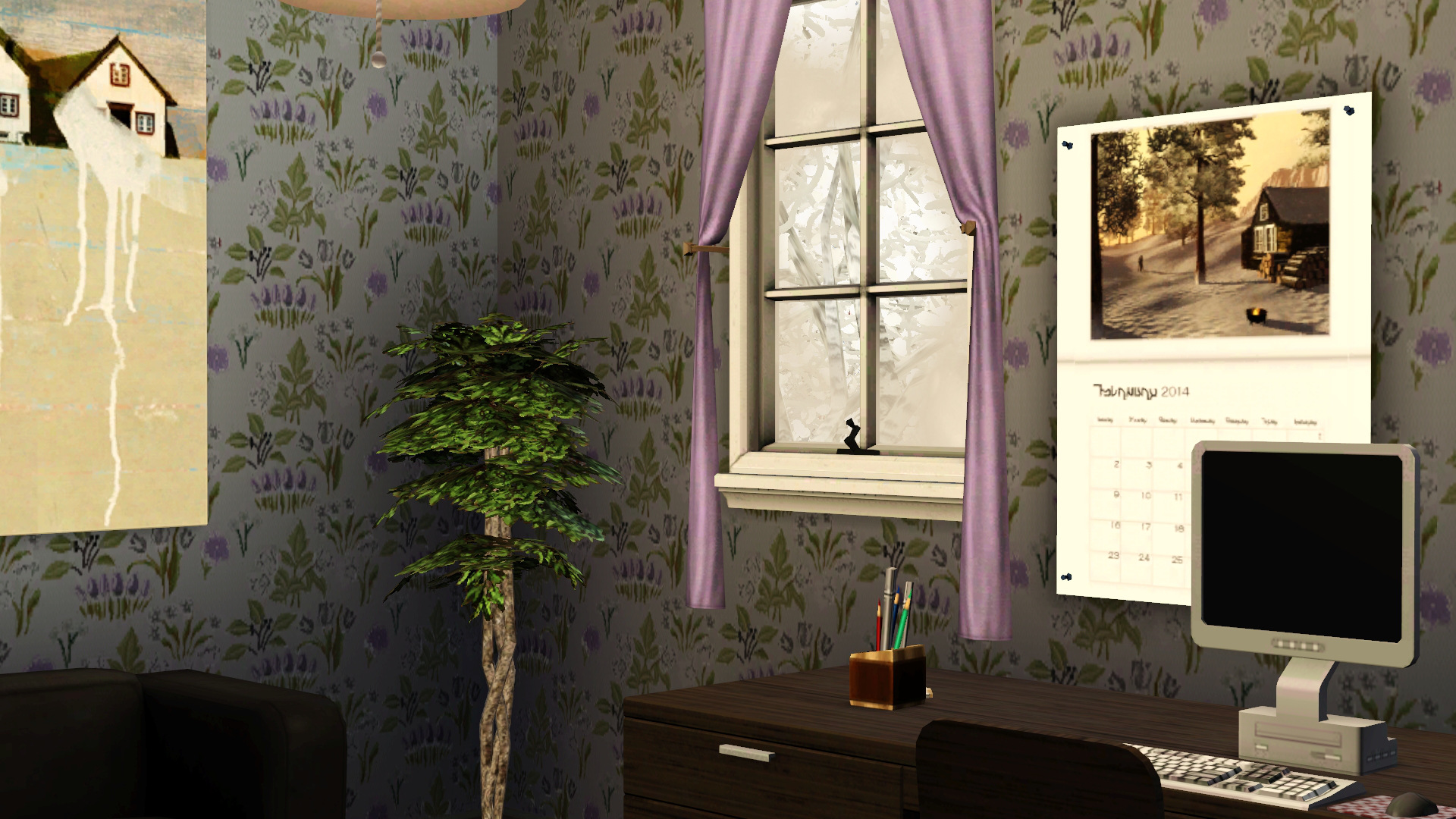 Note: The first channel allows for changing of the preset; the actual color does nothing. The second channel is the pushpins which are not really meant to have patterns. They can but the surface area for them is so small that you likely won't see it so solid colors (like real tacks) are best.

Additional Credits:
- MTS Staff for judging entries and contestants for entering. Would not have been possible without all of you!
- Leefish; because this is an edit of the first calendar and would not have been possible without her from the beginning.
- Creators of S3OC, S3PE, TT3.
Tags: #calendar, #2014, #official, #calendar contest, #TS3 calendar, #Monsoon, #gelina, #werismyki, #Jennuitte, #Diwtay, #Miuki, #jbeach34, #simsdropacid, #HystericalParoxysm, #SeeMyu, #wild4sims, #Nilxis

If you need more info, see:
Back to download view
19 Comments / Replies (Who?) - 1 Feedback Posts, 17 Thanks Posts
Hide Thanks Posts for this thread (Show only feedback)
jbeach34
Field Researcher
THANKS POST

And thanks Heaven, and other mods, for yet another wonderful year of beautiful pictures and a great contest!!!
lewisb40
Mad Poster
THANKS POST

Thanks! I do try to keep up with the new calendars in my game. Beautiful pictures.
zymish
Lab Assistant
THANKS POST

Sweet, I'll definitely be using this. The autumn ones are especially gorgeous.
Menaceman44

This looks great.
(The link to the 2013 calendar goes to the moderators version of the 2012 calendar.)
My deviantART, MTS Yearbook Origin ID = Alistu
heaven

Oh, thanks MM! I'll fix that up straight away.
Heaven Sims | Avendale Legacy
"On the internet, you can be anything you want. It's strange that so many people choose to be stupid."

happy Christmas and a Great New Year, thanks
LucyBorgia
Field Researcher
THANKS POST
#8

Beautiful photography, and how lovely to have in my game. Awesome photos and what talented people took part!
ZenGarden
Alchemist
THANKS POST
#9

I think the pictures are amazing! Good job to everyone who made this come true!
wild4sims
Test Subject
THANKS POST

Hundredth Thanker x3
No seriously, thank you for holding this contest! (Was about to write concert o.e)
tsyokawe
Scholar
THANKS POST

You folks did a wonderful job. Thank you for this.
Yogi-Tea
Inventor
THANKS POST

What a lovely calendar. Thank you for posting and thanks to everyone who contributed a picture. Looks great! :up:
clynnc19
Field Researcher
THANKS POST
#15

Yay going to download this when I'm able to get on my computer again. Thank you for uploading!
kbochberg
Test Subject
THANKS POST
#16