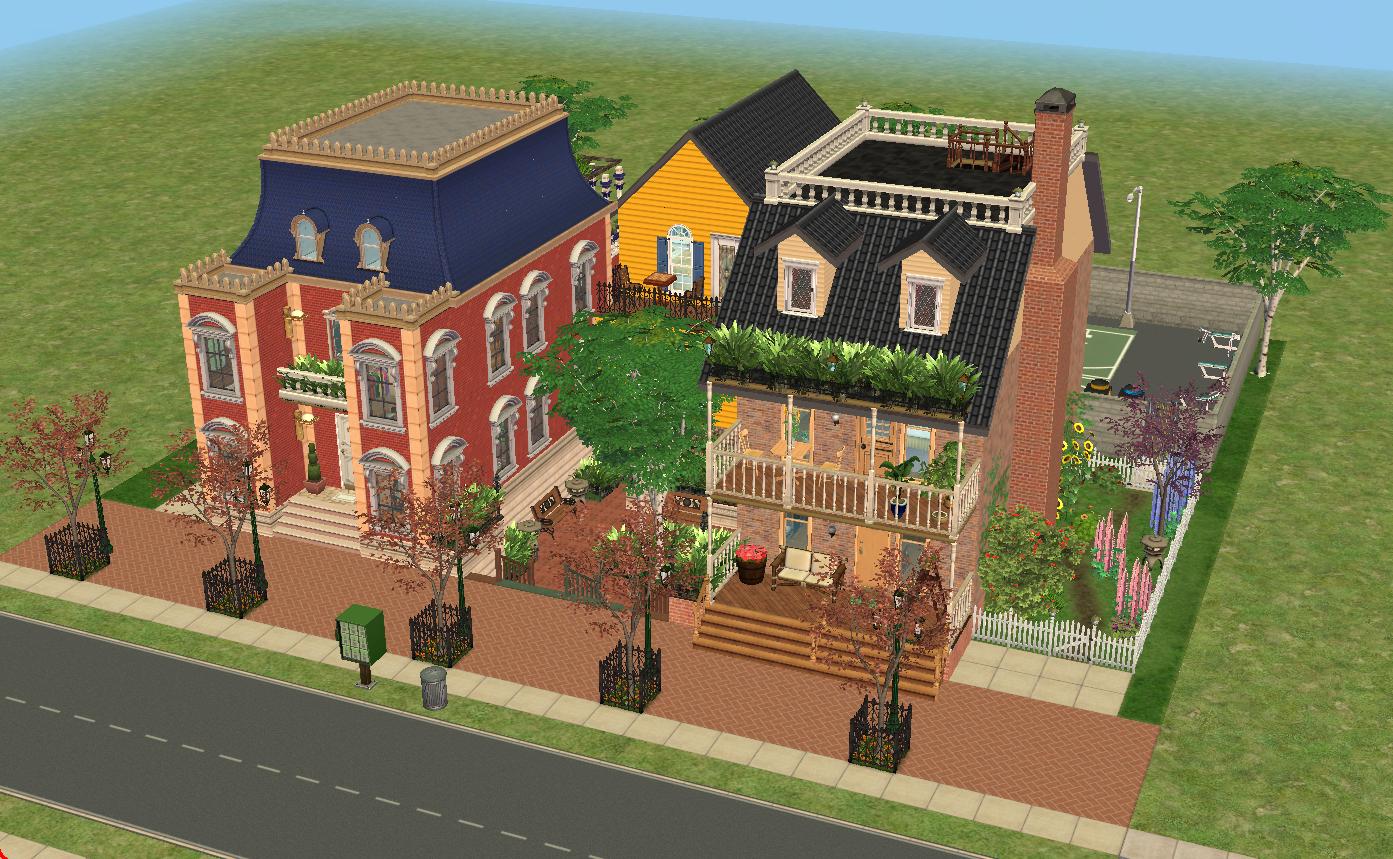 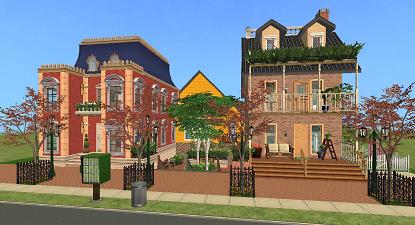 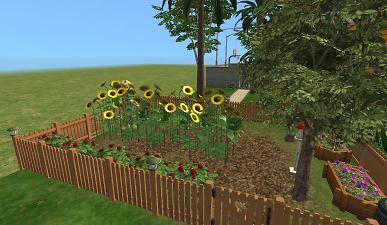 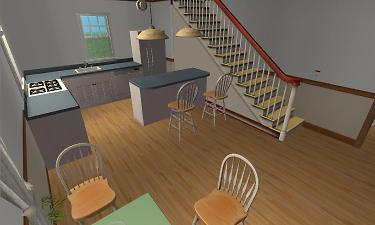 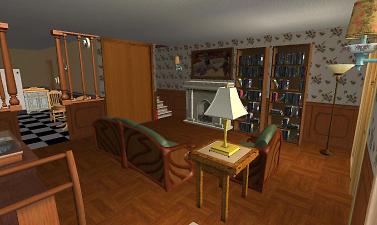 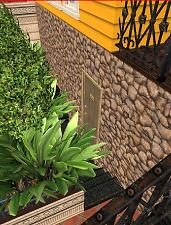 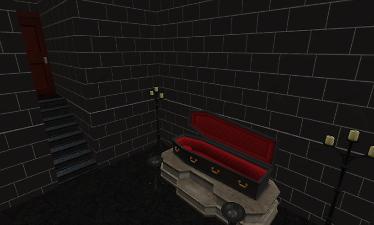 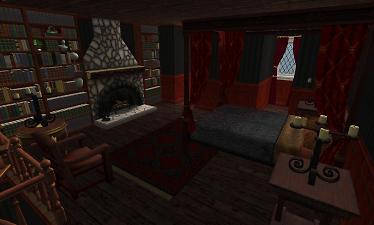 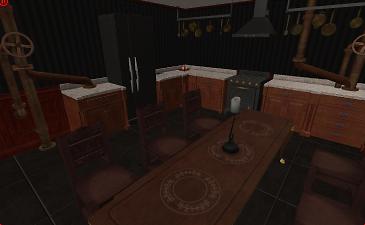 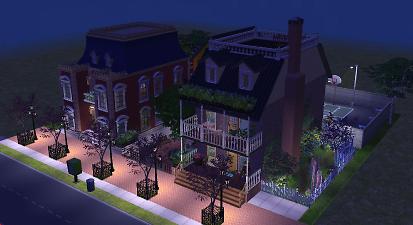 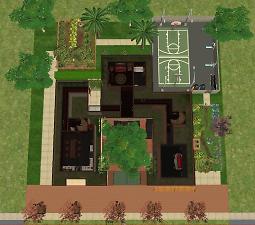 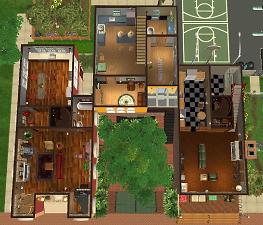 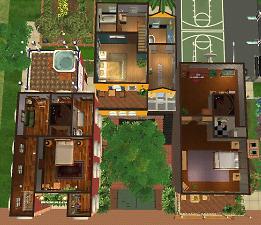 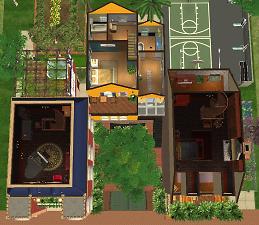 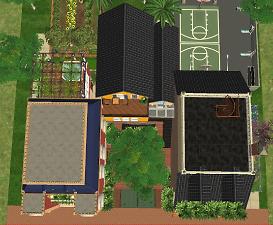 316 Thanks  Thanks     102 Favourited
Picked Upload! This is a picked upload! It showcases some of the best talent and creativity available on MTS and in the community.
No CC required.

Susie Sim and Mikey Maxis were young and very much in love, but with so many other Sims in their neighborhood also going steady, they had trouble finding spots for a little "private time." One day, Susie and Mikey were walking along the cheerful evening streets of their neighborhood, passing the sunken garden of Nosferatu Court, and Susie asked, "Mikey, what's Nosferatu mean?" Mikey answered, "I dunno, my grandma said it meant vampire in some old language... I guess this spot got named during one of the SimNation witch-hunts hundreds of years ago or something. Still, it's a nice place, isn't it?" Susie and Mikey walked down into the garden and sat on a bench, when Mikey noticed what looked like a utility door hidden in the shadows behind a flowerbed. "Hey, I bet that'd be a private spot! We could be, like, urban explorers! Come on Susie, let's check it out!" 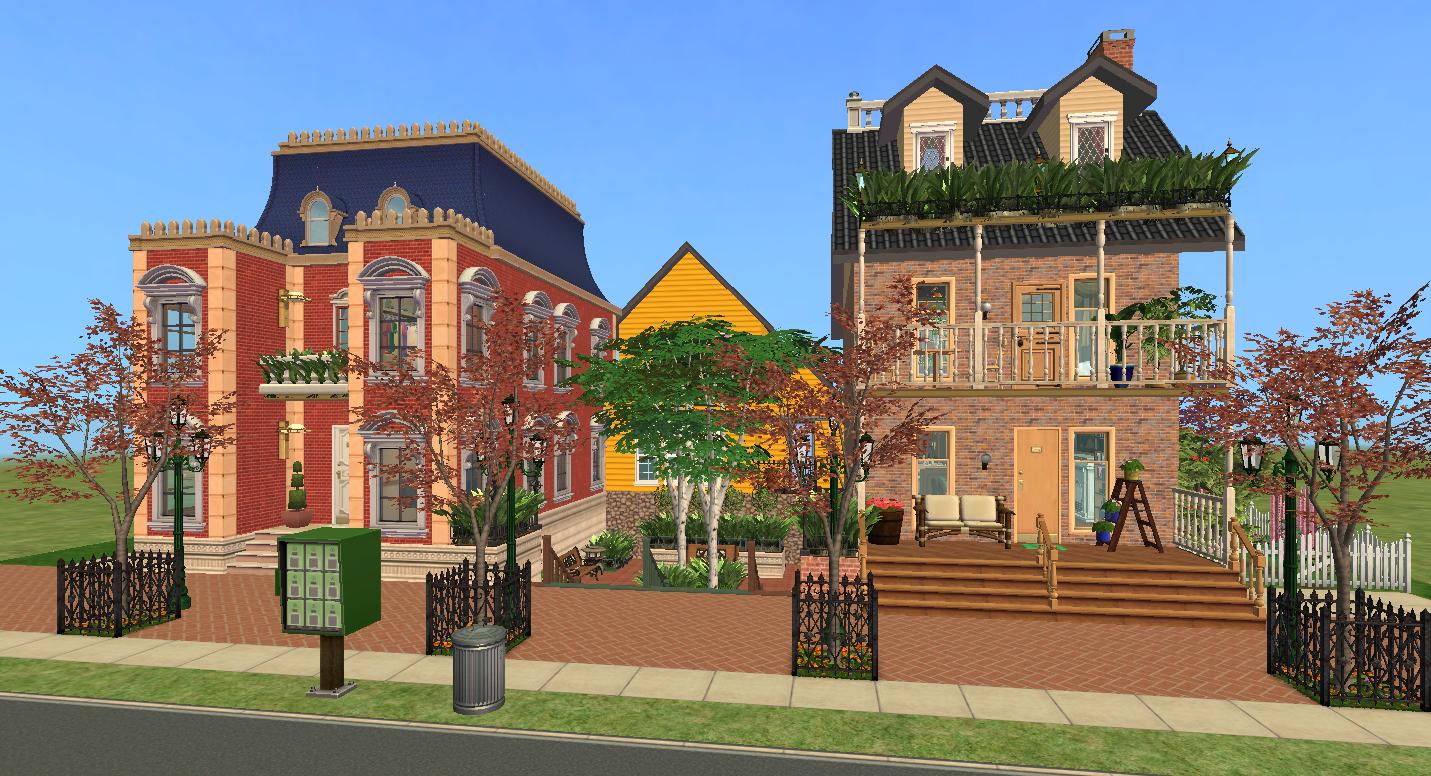 Susie and Mikey went down to the door and to their surprise, found it unlocked. Just as the sun set, they slipped inside, closing the door with a soft *click* behind them. At that same moment, a light flickered into existence in the attic of one of the court's buildings, and unseen feet creaked across the floorboards... Mikey was never seen again after that night, and Susie vanished for several weeks, but Susie eventually reappeared. She was different though- she was pale as death, she dreaded going out in the sun, and no longer seemed interested in fine cooking- things she had always loved. Furthermore, she was often seen in the company of another pale-skinned mysterious, well-dressed figure... After the disappearance of Mikey and the transfiguration of Susie, Nosferatu Court still seemed a cheerful place to passers-by, but for the residents of its three houses, the strange creaking floorboards and strange smells from the inaccessible attics and foundations seemed to double... Gradually, despite its bright facade and peaceful garden, Nosferatu Court acquired an ominous reputation- Sims rarely stayed long in its apartments, and those that did swore that there was someone else in the house with them sometimes... someone who only seemed alive at night... 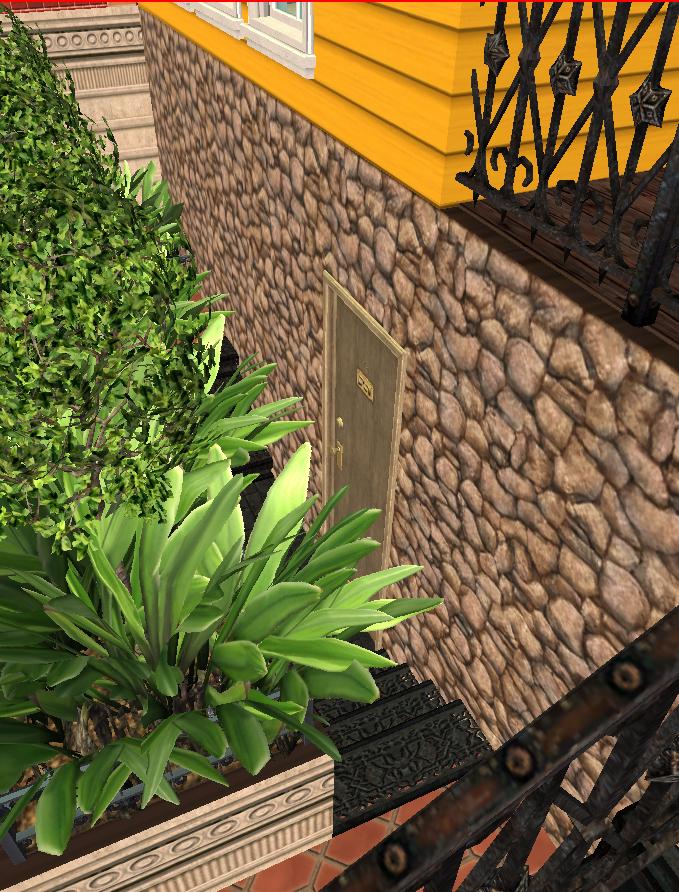 OK, I'm done trying to be a storyteller for now, I promise! I want to share a different kind of otherworldly building with you now though... Those of you more inclined to Gothic literature probably figured out the secret this lot hides just from its title. A bright and happy-seeming apartment complex that looks like three buildings surrounding a pleasant little sunken garden, which hides a dark secret. The three apartments that you can see from the street are just that- apartments. Nothing special there, they'd be fine for just about any kind of Sim you would care to move into them, and they work well with an artistic or bohemian neighborhood design. Behind the buildings you'll also find a community garden and an outside recreation area that residents of those buildings can maintain. However, all three buildings touch one another, and because of this, under, above, and through them goes another apartment... one almost completely invisible from the street, or even indeed for the residents of those three buildings! Behind the "service door" that Susie and Mikey disappeared through, a series of labyrinthine passageways snake through the foundations, to a basement kitchen, a parlour room, a bathroom, and a sunken chamber with an ominous ebony coffin sitting in the middle of the floor. (I use this apartment for vampires, obviously, but if you choose to move in witches, warlocks, mad scientists, criminal masterminds, werewolves, or any other mysterious and secretive Sim, just turn this room into another living room or bedroom, whatever suits your fancy) Under the left and righthand buildings, spiral stairways corkscrew up through the apartments above them, leading to a bedchamber lined with bookcases filled with arcane lore on the right, and a living room or study on the left. (The stairways might seem odd, but if you all have lived in houses like the two I've lived in, there will usually be a jumbled mess of walls around the bathrooms, closets, furnaces, and utility rooms, in which you could easily hide a narrow stairway, so that's what I envision here. Call it a little artistic license on my part!) 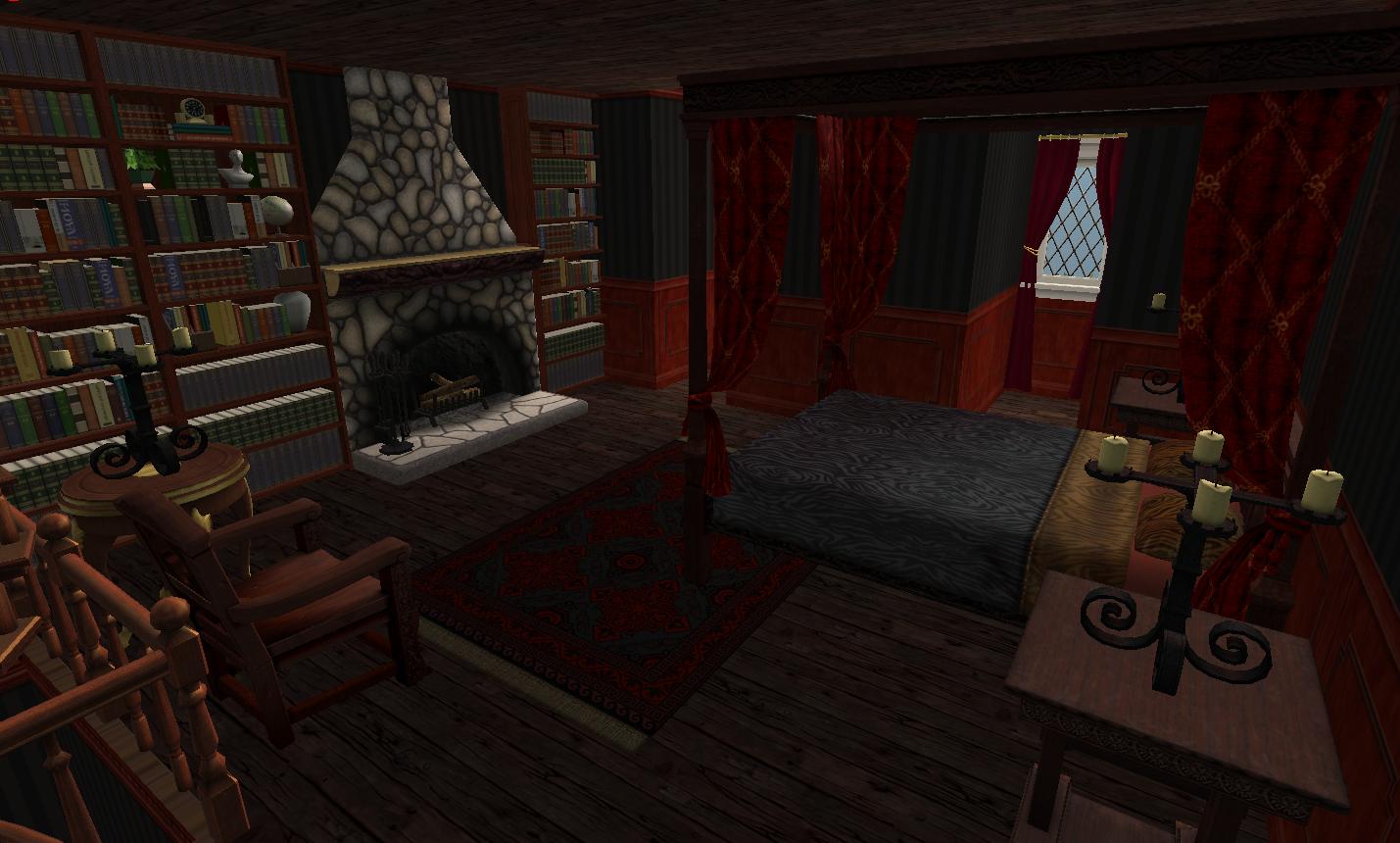 Now that I've convinced some of you that there's a vampire living in your attic, we'll move on. This lot works best in an artistic neighborhood, but it can easily look at home in a downtown area as well. While it's clearly a lot with a secret, it will seem even more mysterious if you place it in a neighborhood where it won't even get a second glance. @Stoffelsim has some great lots of this sort, and I may eventually upload some of my own... it depends on what people think of this one.

My last upload made me realize I need to broaden my horizons when it comes to the types of buildings I upload, so while I hope to have more Tolkien-esque buildings in the near future, I also wanted to float the idea of a more Harry-Potter-esque type of design as well. I've playtested a clone of this lot quite a bit, and it works well in my experience, but if there are any issues you notice in your gameplay, please let me know- I want people to enjoy playing all the lots I upload as much as I enjoy designing them! With this lot, I hope you enjoy unleashing the forces of the netherworld on your unsuspecting Sims! MWAHAHAHAHA!

Additional Credits:
The lively bohemian aesthetic on the outside of these buildings is from a neighborhood I designed after being inspired by Stoffelsim's lots- Stoffelsim may be long absent from this site, but still, kudos to them.
The hidden part of the interior draws on inspiration stemming from all sorts of fantasy universes, but (maybe obviously) Number 12, Grimmauld Place tops the list, so another thank you to JK Rowling.