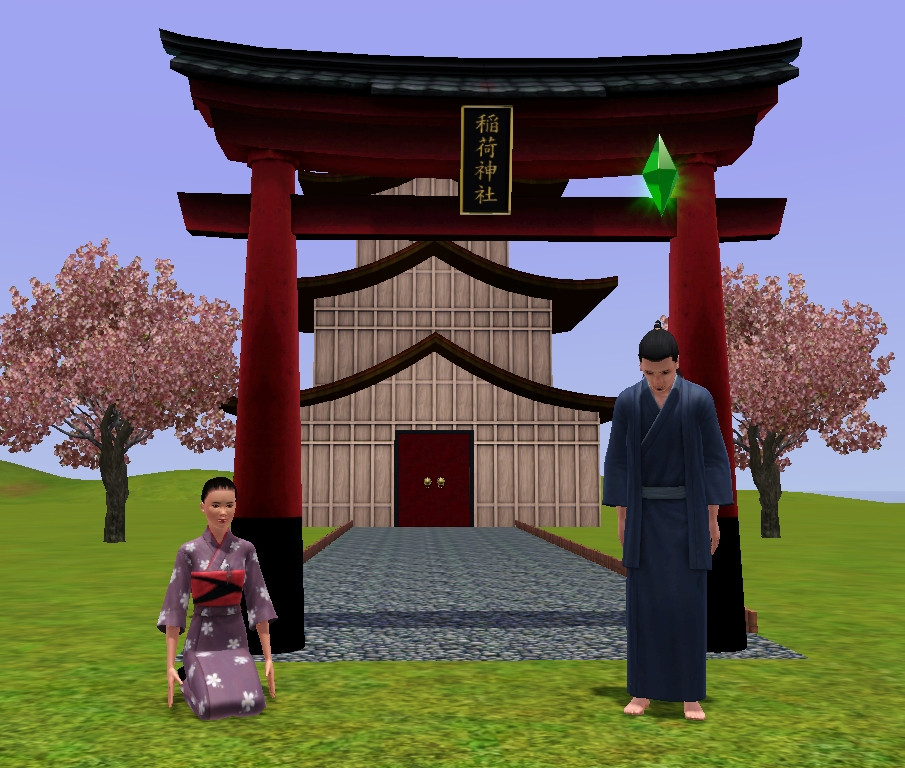 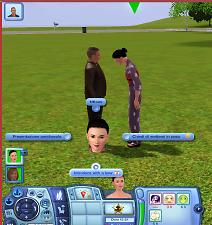 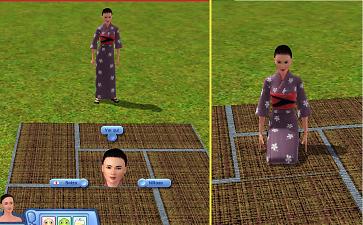 509 Thanks  Thanks     265 Favourited
DISCLAIMER - WARNING - README
Uninstalling this mod could corrupt the savegame. Read the uninstallation paragraph.

Updates
22 April 2017 : Minor BugFix (LookAtManager for involved Sims was temporarily disabled until another interaction re-enabled it)

Old Updates
15th June 2016: new version of the jazz script (used by Japanese Low Dinner Table mod).
20th May 2016: now takes into consideration the snub system of Generations (for greeting/introduction).
Greeting members of the same household (who aren't roommates) is now xml tunable (the xml resource
called instantiator), the default value is set to false.
18th May 2016 : now the greeting/introduction is disabled vs Sims who can't be socialized with
26th Mar 2015 : revamp of the mod.
10th Mar 2015 : improved routing and fixed introduction
27th Dec 2014 : fixed arms' position in the kneed pose and added the Pray interaction

This mod adds a new, custom, hidden trait to help you bring a Japanese flavor to Sims.
Why hidden? Alas, it was a very painful decision, but otherwise the game will assign it randomly
to new created Sims and that will make no sense. So you have to assign it to Sims using Master
Controller plus the Cheats module.

Sims having the "Japanese Culture" trait have access to two exclusive interactions:

- Introduce/Greet with a bow: this is similar to the greeting that comes with the Asian/Chinese
Culture trait from WA, but that only works automatically. This greeting can also be used to introduce
a Sim to a unknown Sim and to greet members of the same household. It uses custom animations.

- Seiza: this is a traditional formal way of sitting on the floor. You click on the ground,
choose the interaction and Sims will sit there kneeling (it doesn't work on streets, sidewalks
and water). Kneed Sims can look around, react and even chat with other Sims (sometimes
arms will clip with the torso while they gesticulate).

This mod/trait doesn't conflict with the Asian/Chinese Culture trait, in fact I use them together
on Sims in order to also be able to eat with chopsticks.

Room for improvement
Autonomy. Seiza isn't used autonomously, I'm thinking because it's a terrain interaction.
Probably the only way to make Sims kneel is to add a rug/cushion, maybe one invisible
in Live Mode, something like the public picnic blanket, to be placed in strategic positions.

Animations. They aren't very good (the standing one is simply the kneeling one reversed)
and of course teens have the sinking issue. Bare legged Sims don't look good while kneed.

In the previous version Sims could use a Pray interaction/animation while kneed.
I had to temporarily remove that until I'm able to make it work correctly.

UNINSTALLATION
If you uninstall the mod and then play with a savegame where it was used there is a chanche
that the savegame will get corrupted. How big is this chance is hard to tell (it depends if the
game was saved while one of the trait related interactions were being executed). Refer to the
Uninstallation section of this other mod for more information.
Of course, instead of removing the custom skill, you'll have to remove the custom trait.

Additional Credits:
All authors and contributors of the tools and tutorials for modding TS3.
MTS and all the modders that made the game much more enjoyable.
Sims_MX for his Hypochondriasis mod (to understand how to add a new trait).
JunJayMdM for helping me a lot.

See: Game Help:TS3 CC Basicswiki for a full guide!
Back to download view
41 Comments / Replies (Who?)