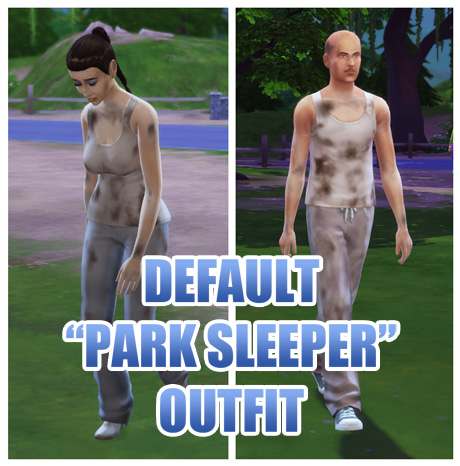 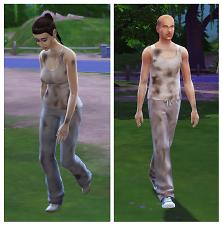 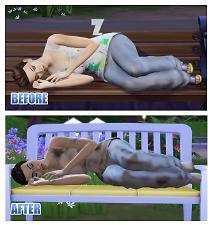 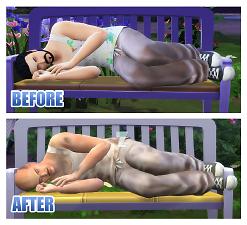 322 Thanks  Thanks     107 Favourited
Description
Ever noticed those Sims in the park that are dressed in the paint splat tanktops that tend to spend a lot of time sleeping on benches?
These are referred to in the code as "Park Sleepers". I think they are EA's attempt to simulate homeless Sims.
Paint splat tops don't really work as homeless clothing in my personal opinion so I made a dirt covered version to replace them instead.

Info
These files replace the CASP resources of the original male and female paint splat tanks to stop them being used by Park Sleeper Sims. They can still be used by Sims in the artist career.
I have then made two new custom tank tops that include the dirt overlay texture from when Sims get really low hygiene. This means the dirt will also show on the rest of the Sims' face and body and any other clothing. 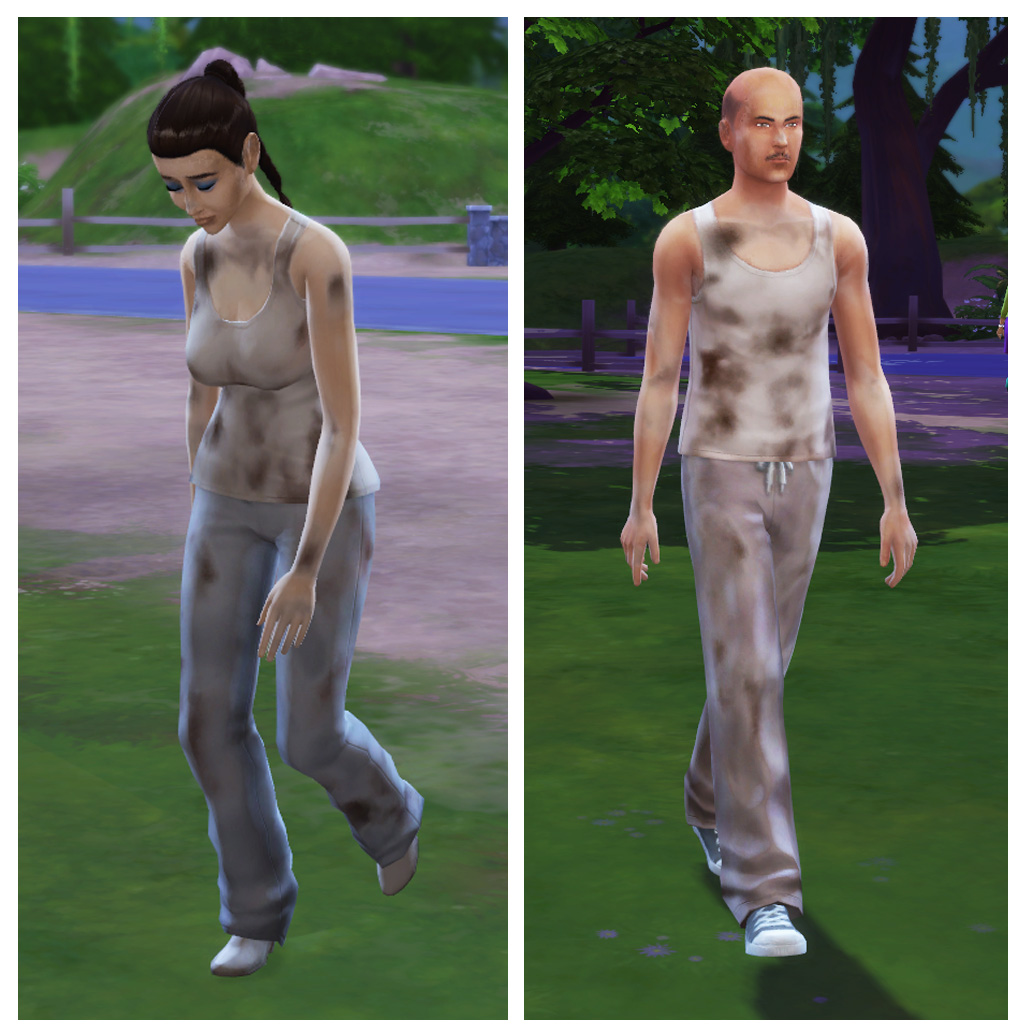 There are three seperate .zip downloads. One shows the new tank in CAS, one doesn't, and one only shows the dirt on the top.
Choose only one!

Notes
Existing Sleeper Sims already in your saves may continue to wear the old outfit until new Sims take their place.
These will conflict with any other files that alter the CASP resources of the Tank_Top_Splatter tops for males and females. (Instances 0000000000009228 and 0000000000009229, Type 034AEECB)

Need more information?
Back to download view
34 Comments / Replies (Who?)