by l-c.h Posted 30th Aug 2016 at 11:45 PM - Updated 29th Aug 2016 at 6:15 PM by l-c.h
8 Comments / replies (Who?) - 1 Feedback Posts, 7 Thanks Posts
This is a new mesh, and means that it's a brand new self contained object that usually does not require a specific Expansion pack (although this is possible depending on the type). It may have Recolours hosted on MTS - check below the description for more information.
Prepare to enter strange new worlds... 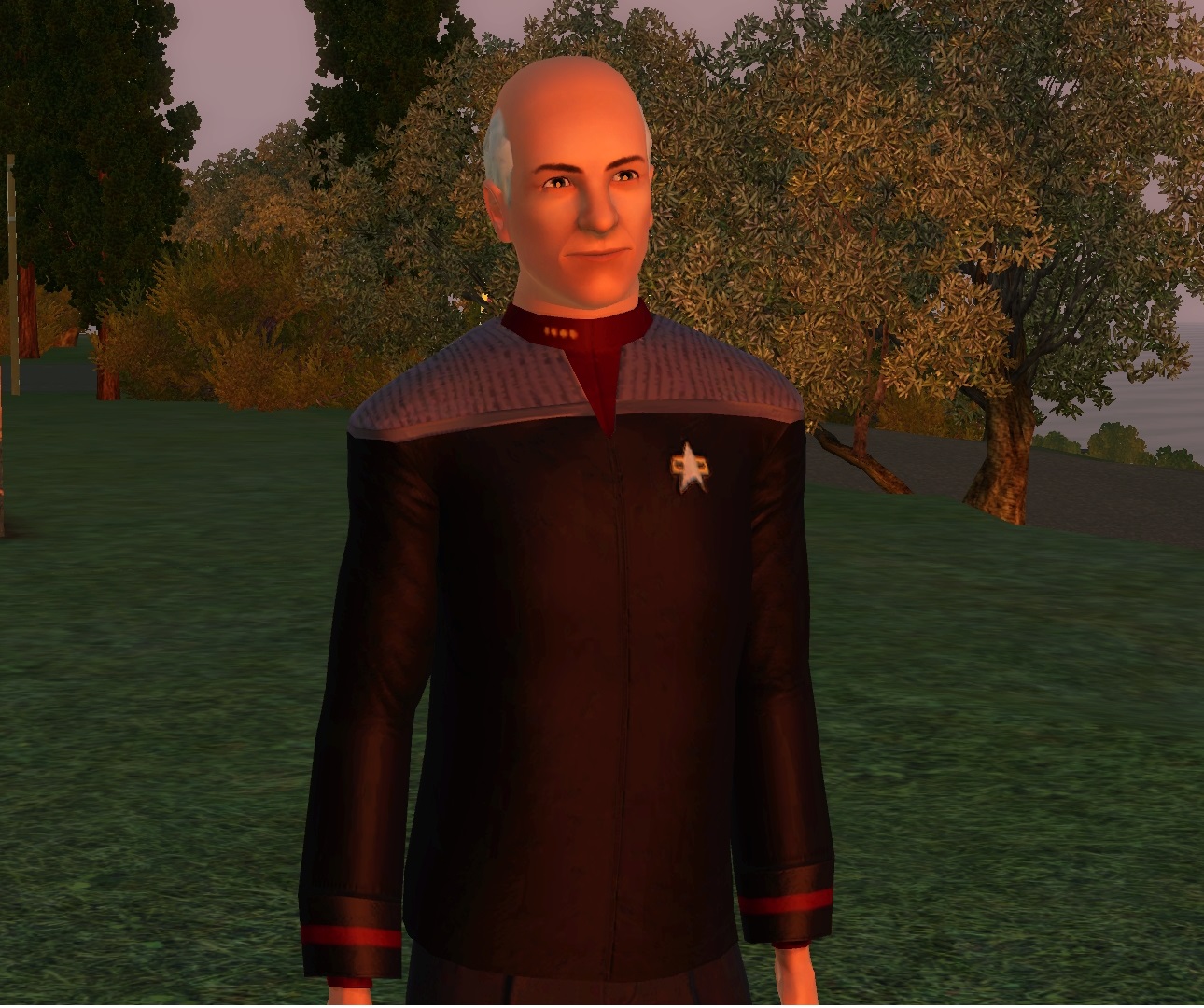 Hey you fellow Trekkies out there,

I thought it was about time to add the Star Trek Uniform that could be first seen in the Star Trek Movie "First Contact" to the Sims 3!

After we had a fine First Contact Uniform for the Sims 2 by NixNivis I always wondered when he, or someone else, would also release it for the Sims 3. But unfortunately this day never came

.
In the meantime the Sims 4 has been released and there is obviously still no proper Uniform from the late TNG-Era, either for the Sims 3 or 4, to let my RPG dreams come true... and thats while we have so many Star Trek Staships here for download

....
That was the reason why I started meshing myself and this is the result! 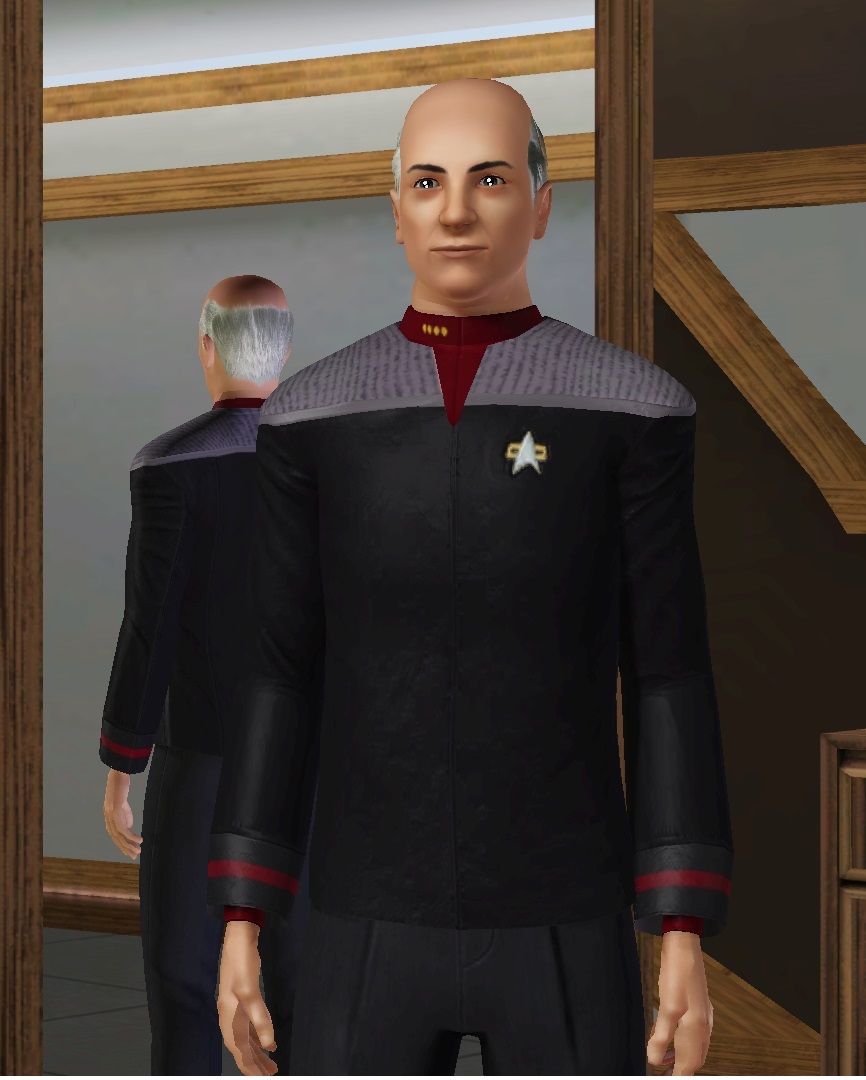 My Picard in Burgundy / Command-Red 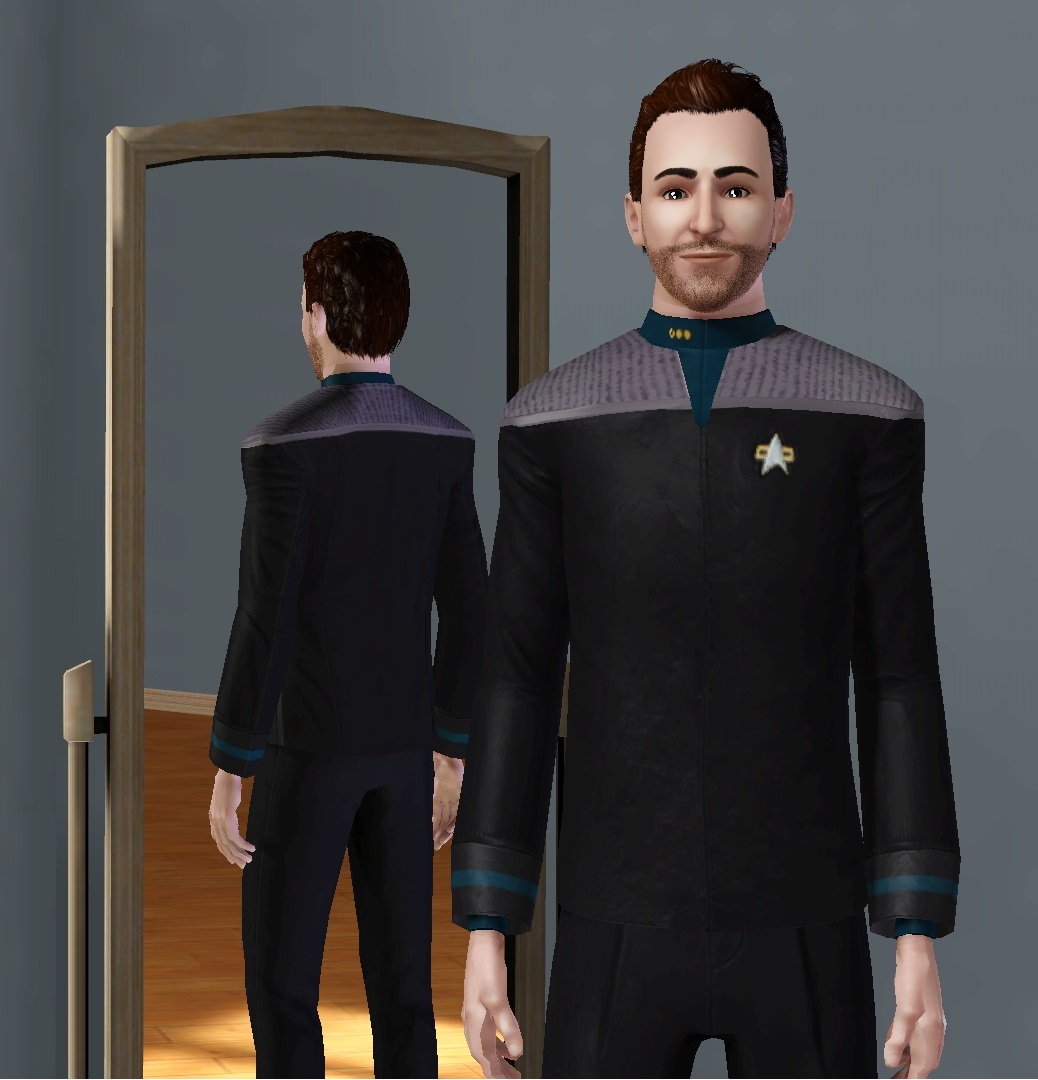 A random Sim in Teal / Science-Green 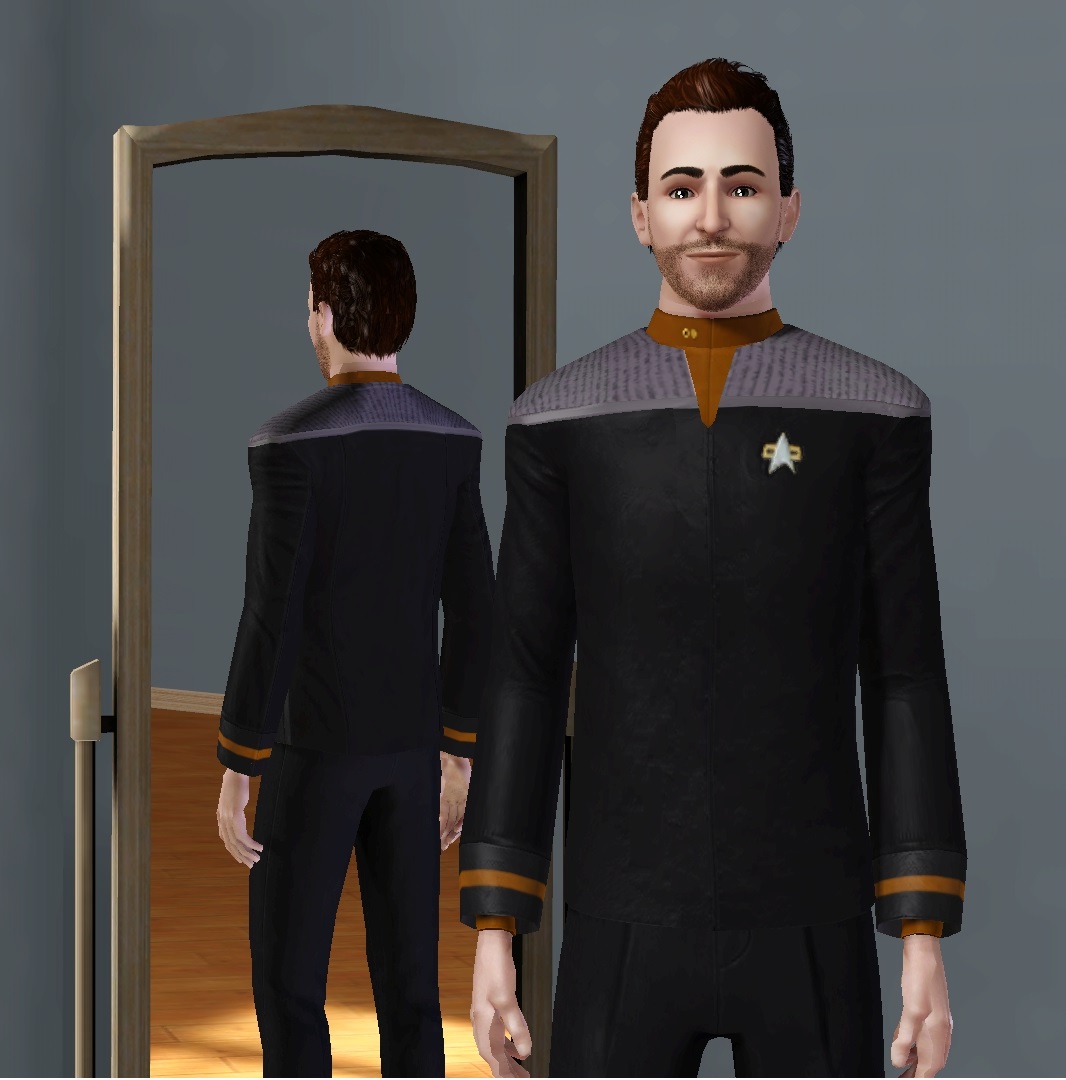 A random Sim in Mustard / Engineering-Gold

Included in this Pack are the three different division colors, as well as the six most used ranks in Star Trek.
With respect to the limitations of the Sims 3 and because i did not want to add unnecessary CC the ranks are included as different stencils, combined with one of the three colors, so you can mix them in the way you want, by editing the one's where the "rank-sencil" was used that you want in another color.

I used a mesh from Maxis "Into the Future" Expansion Pack, that always looked suspicious close to me to the late TNG era Uniform, as basis for my start in meshing and while I'am quite happy with the result I also know that its far away from perfect.

Nevertheless I put many hours of time into this and its the first piece that I have ever published so I hope you will consider that, whether you guys out there write your comments... but I hope you will enjoy my work!

If you need more info, see:
Back to download view
8 Comments / Replies (Who?) - 7 Thanks Posts
Hide Thanks Posts for this thread (Show only feedback)
claudiasharon
Top Secret Researcher
THANKS POST

Nice! It's about time someone did this. Thank you! <3
missyhissy
Inventor
THANKS POST

Thank you!
Steal from me and you steal TWICE!
Monchi439100
Test Subject
THANKS POST
#6