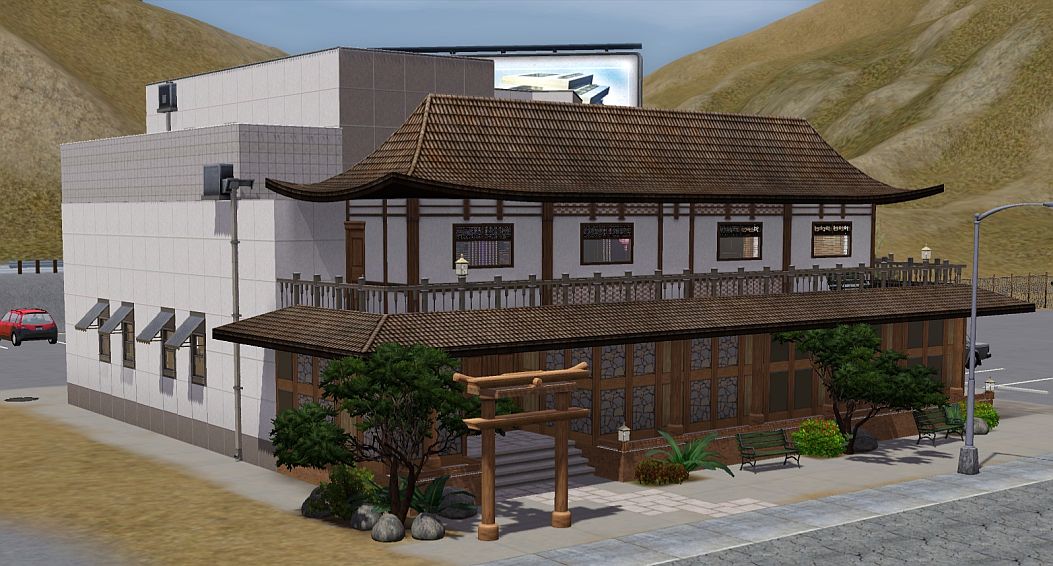 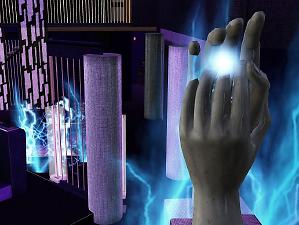 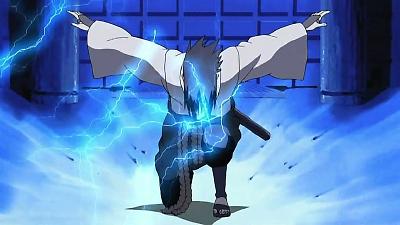 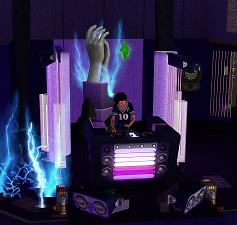 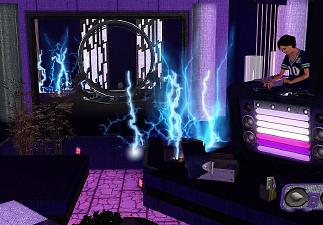 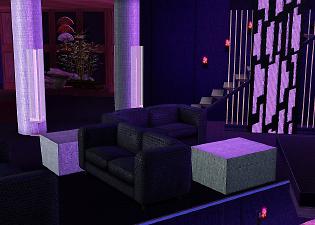 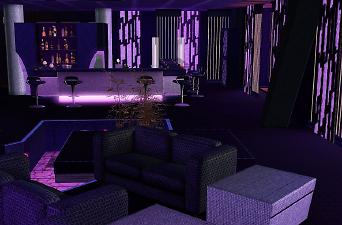 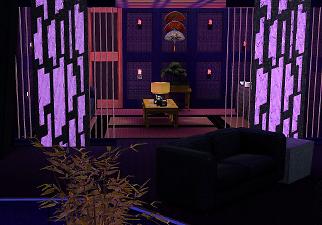 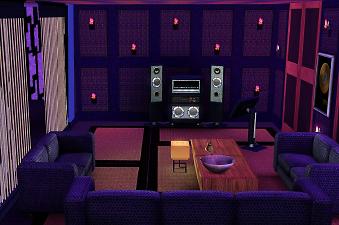 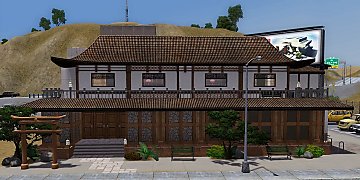 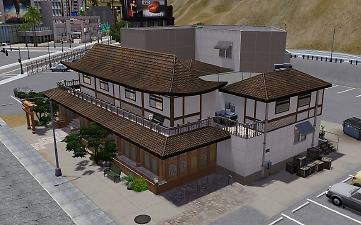 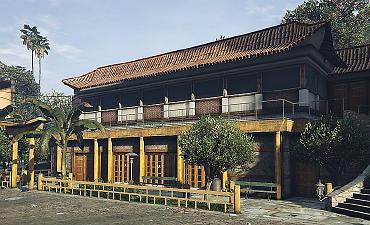 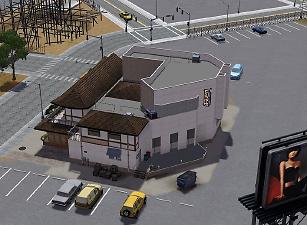 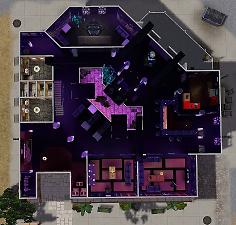 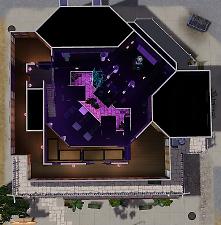 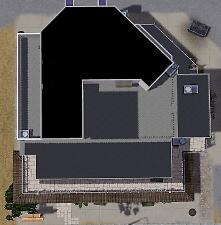 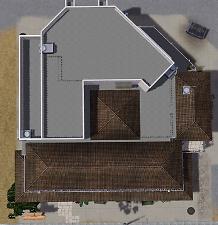 105 Thanks  Thanks     37 Favourited
This community lot is a result of an experiment: I wanted to use the special effects of the fog emitters from the Buydebug menu, and see how it looks in a, let's say, disco club or nightclub. Hopefully (if you have all the necessary EPs) it will look just like this in your game if you install it, and won't reset to the default graveyard fog, or to nothing at all. 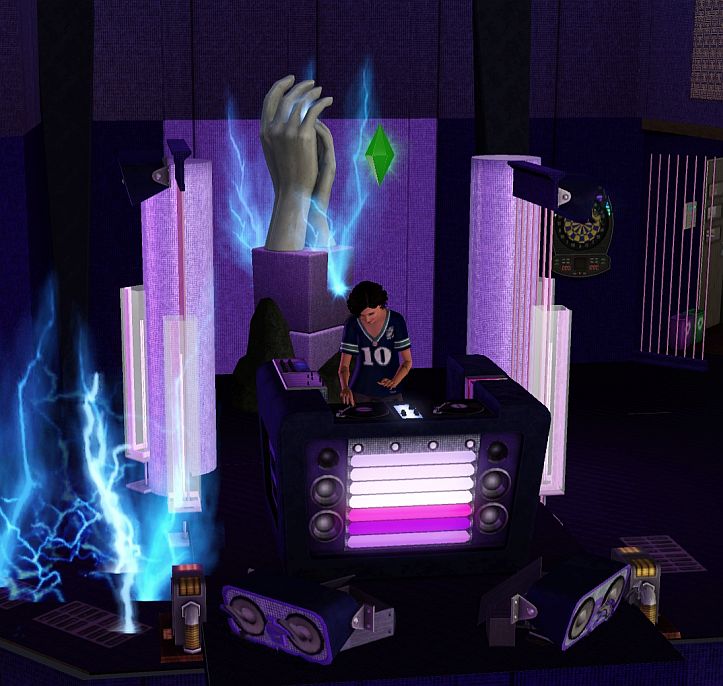 For the theme of the nightclub, I've chosen an anime theme: "chidori" - literally "a thousand birds" in Japanese - is an offensive ninja skill in the popular series Naruto / Naruto Shippuuden, based on the lightning element; hence the name of the skill because the electricity of the skill is chirping like a flock of birds. When I decided to build the Chidori theme I knew that I would emphasize three motifs: electricity /lightning; lots of dark blue / purplish blue (the character color of a main character who frequently uses Chidori); and some traditional Japanese or at least, almost Japanese-looking decorative elements. 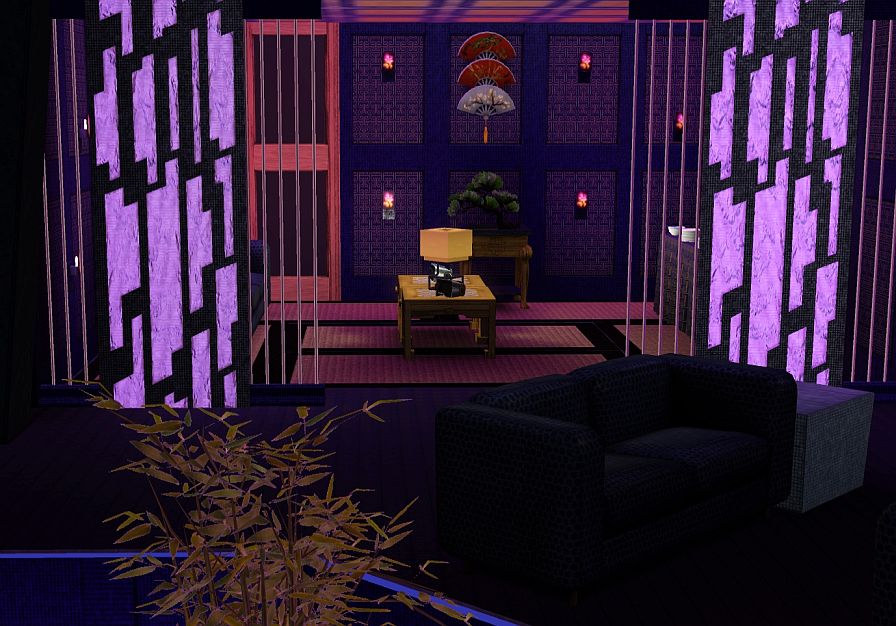 Originally I wanted a nightclub that would fit into any type of big city like Bridgeport for example, but the more time I spent building, the more "Japanese" elements had been sneaking in, like the tatami mats into the VIP rooms, or the shoe racks by the entrance. This is not a replica of any building in any virtual worlds or games or anime: I put it together influenced by both a GTA V building facade and a heavy search in Google for "upscale nightclub interiors in Osaka / Tokyo". The final result is maybe more of a postmodern contemporary Osaka or Tokyo-influenced club. 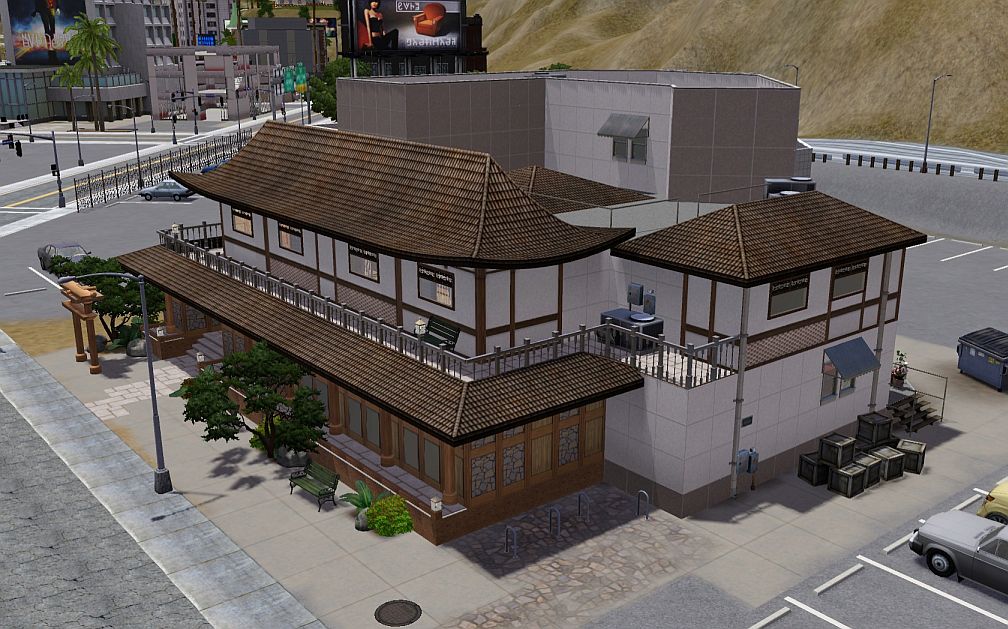 The club is set to "Arcade" (University Life EP) - mainly because it attracts more visitors than the usual Late Night clubs. The main floor is a DJ club with a LN bar and two VIP rooms; one of them is of course a karaoke room, the other is a VR goggles room with a buffet table. Visitor sims are also attracted by the digital darts game and the PlasmaPunch dance sphere. The DJ booth can be used by those active sims who wanted to build their hidden DJ skill and maybe become a freelancer DJ in town. I put a rack of tasteable nectar by the bar, too. - The second floor is totally unfurnished because I wanted the sims "crowding" in the club area, and not disperse too much. 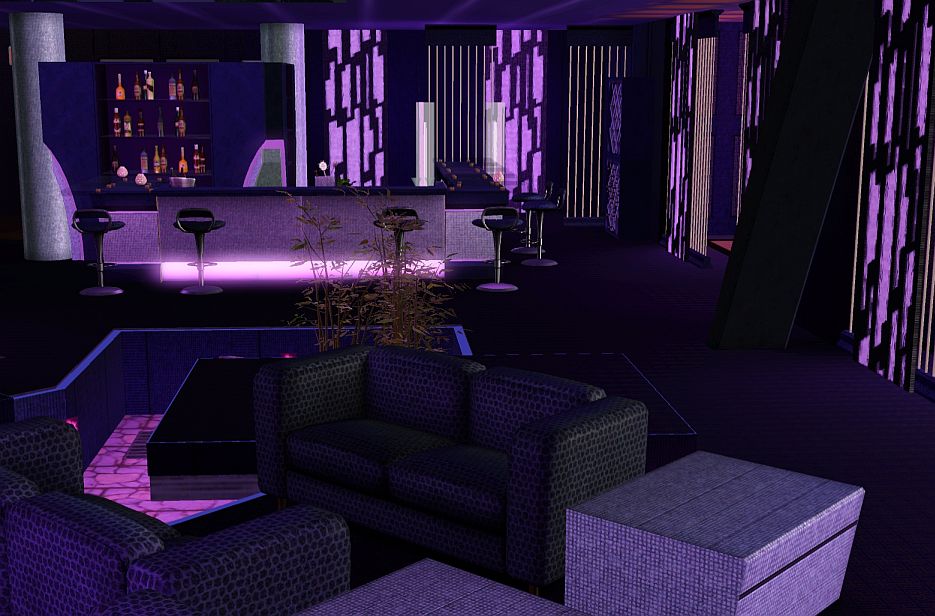 GAMEPLAY notes:
- all the lights (lamps) on the main (1st) floor are set to Purple color except the restrooms and the small table lamps in the VIP rooms which are white. You can experiment with other colors of course, but basically the interior was built in Purple light. I always checked the patterns and CAS colors by daylight too, but then always returned to build to night-time and purple. All the pictures I attach to this post have been shot in purple light, so if you change it in your game, it won't look like this.
- the PlasmaPunch sphere is in a separate room that has a garage door, not a normal door. Since sims are not able to open the garage door autonomously - at least, not on this lot - when you first play the lot, you must open it yourself manually, and then you can just leave it open forever. Or change it to something else.
- The audio wall speakers are set to Electronica and all are arranged around the DJ booth (I like this arrangement because I don't like the default EA DJ soundtrack, but with a medium or high volume wall speakers around, it looks like the DJ plays the Electronica music that comes from the speakers and not the default DJ booth music which is not audible this way - especially if you set it to Low volume). If you want to click on the wall speakers to "Dance", only those two will work which are attached higher to the fence - those on the DJ platform floor won't work because sims can't "route" them. So dancing is functional, just not with all of the wall speakers.
- If the special effects annoy you and want to get rid of them: in Build mode, type "testingcheatsenabled true", then "buydebug on". Now you can see the fog emitter balls (8 pieces). Just delete them, leave the lot, and when you return, the electricity effects has gone. The lot is totally functional without them.
- Opening hours: 10.00 AM - 4 AM. Happy hour 7.00 PM. The Mixologist arrives at around noon and stays until the closing time.

No CC, no Store objects, no Stuff Pack objects. Necessary EPs: World Adventures, Showtime and Late Night are essential, also key decorations are from University Life and Island Paradise. Some objects from Ambitions (the Hands statue I think), Generations and Seasons.

Additional Credits:
- the anime screenshot from Naruto Shippuuden is from the Naruto wikia page;
- the attached influence picture about an Asian style front facade is my shot from GTA V. It's a building with inaccessible interior in Vinewood.

If you need more info, see Game Help:Installing TS3 Packswiki for a full, detailed step-by-step guide!
Back to download view
9 Comments / Replies (Who?)