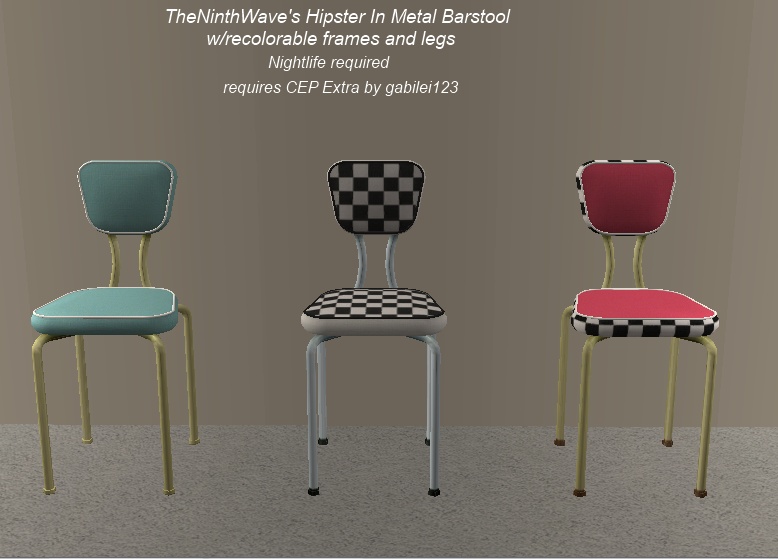 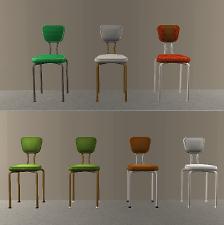 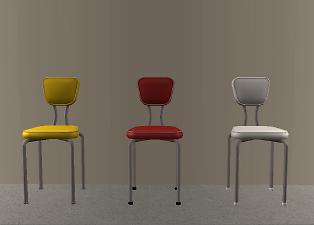 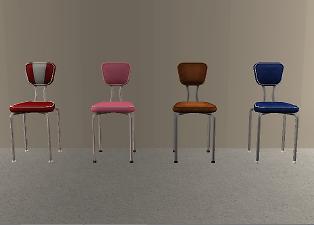 TNWFrames.jpg - width=790 height=793
Seats and frames by TheNinthWave, end-caps added by me

MichelleFrames.jpg - width=779 height=558
Seats and frames by Michelle, end-caps added by me

MaxisFrames.jpg - width=779 height=558
Seats and frames by Maxis, end-caps added by me

Created by dharden View Policy / About Me View Downloads Home

A while back, TheNinthWave adapted the Hipster Metal Chair from NightLife into a matching barstool, and slaved it to the Maxis original. Since gabilei123 recently made the dining chair's frame recolorable, I thought it would be good for TNW's barstool to also have a recolorable frame. The frame was already a separate subset; all I did was make it recolorable and link it to gabilei123's CEP Extra for the dining chair. This means that the mesh will use any frame recolor made for gabilei123's Extra, but the frame will glow blue if the Extra is not installed.

Some of the recolors that TNW included with the barstool mesh have recolored frames, so I extracted the textures and TXMTs for those frames, and tweaked them into working recolor packages. The filenames are tagged to show which seat recolor they were taken from, but if you want the seat recolors themselves, you will need to download TNW's original set. I've also included a recolor package for the grey frame Michelle used in this set. Since gabilei123 added black end-caps to some recolors of the Hipster Metal Chair, I was able to use that texturing to add black and white end-caps to Michelle's frame, two of TNW's frames, and the two Maxis frames. Each frame set is in its own rar file. and each is pictured separately.

Seats in the screenshots are by gabilei123, TheNinthWave, Michelle, and Maxis.