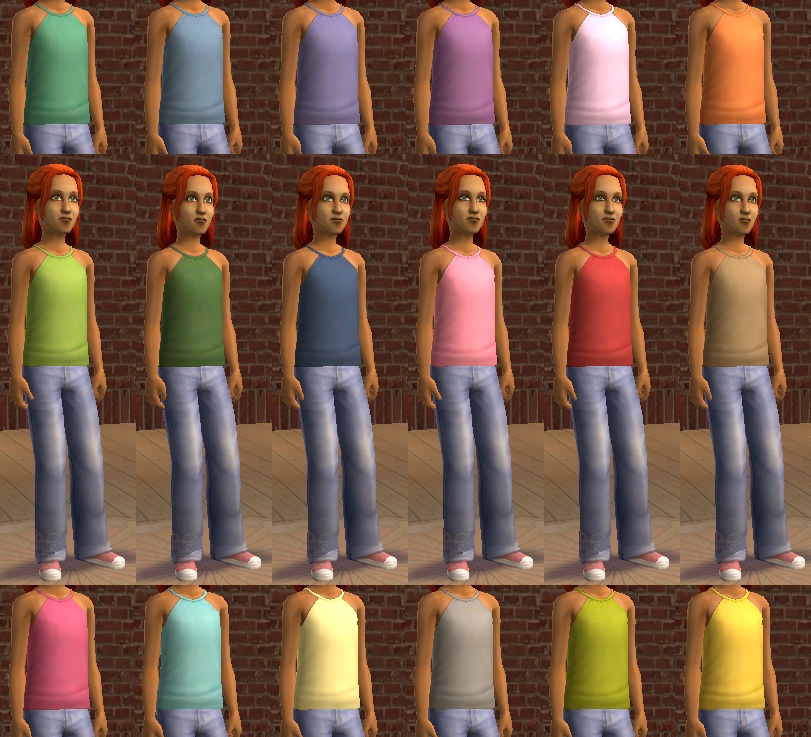 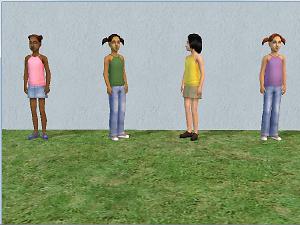 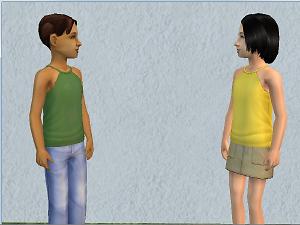 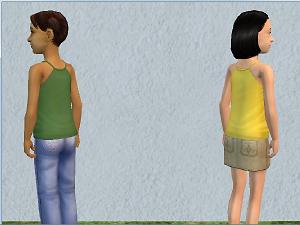 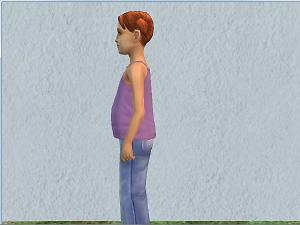 36 Thanks  Thanks     12 Favourited
This is a new mesh recolour, and means that you will need to download the particular mesh itself in order for this to show up in your game. See the Meshes Needed section or read the text for more information.
A while back, Skell separated the shirt from the CF version of FreeTime hobby logo outfit for kids. This is a non-default version of a set of recolors for that mesh that alien pod made as part of a default for the BG t-shirts for girls. The tops are available as Everyday, and no expansion or stuff packs are required. Skell's mesh is included in the rar file, and resources are compressed.

Click the buttons to see close-up views of the tops. 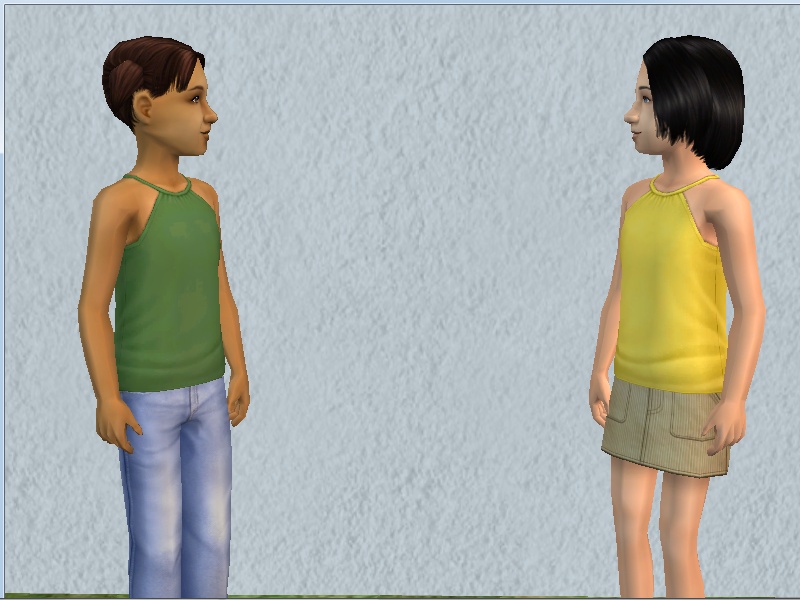 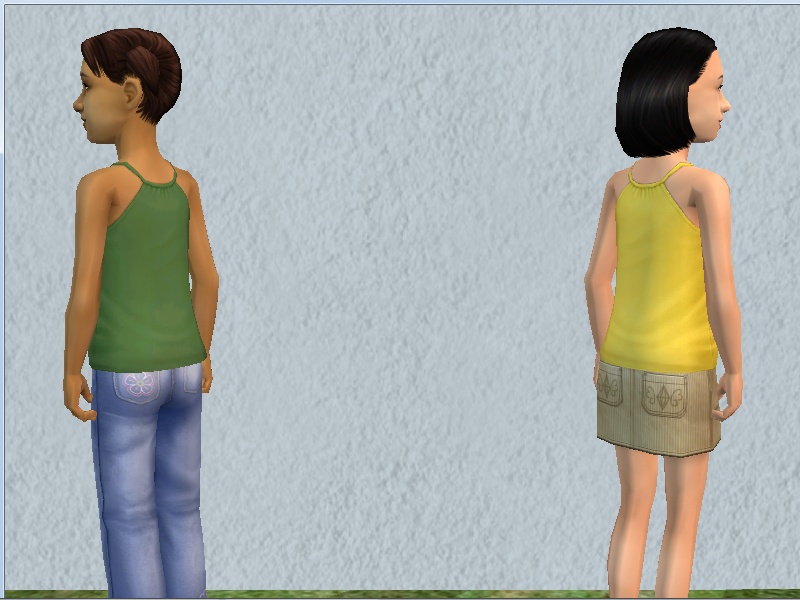 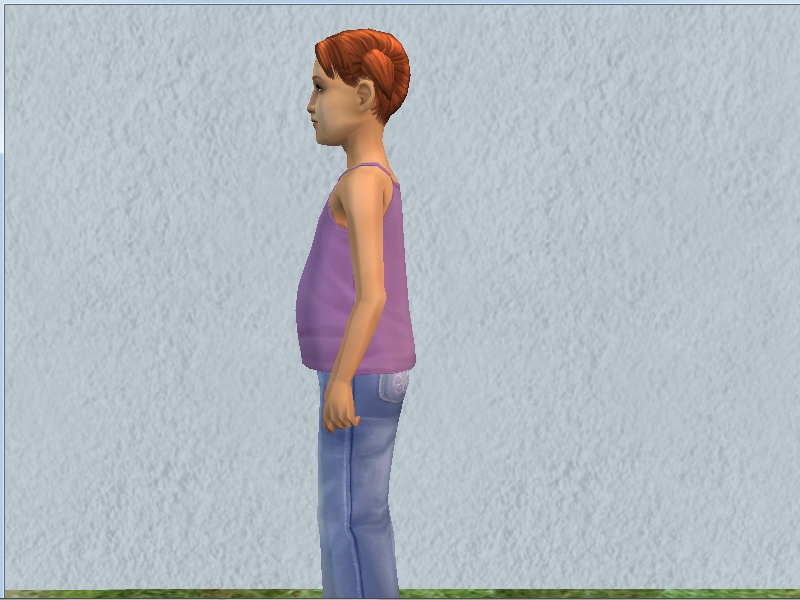 The default included all the textures (six Maxis, two custom) from Skell's original set. Since that set is still available here, those tops are not included in this set. The recolors in this set were made by alien pod using Anna's colors. I've identified the colors as best I can, but I can't be sure that I got all of them right. The packages are tooltipped. If you use Skell's separated tops, these tops should appear next to them in CAS, clothing racks, and Body Shop.

Because of the way the default was made, I was able to break it apart, and use template resources from one of Skell's packages to build working custom packages around the TXTRs and TXMTs for alien pod's recolors, instead of making new packages in Body Shop. The "top" textures were blank, so I left them out and "nulled" the TXMTs that used them, but the outfit textures themselves were never exported or even decompressed.

Additional Credits:
Maxis, for the original mesh.
Skell, for separating the top.
(Note: The Maxis shirts in this set will conflict with the decustomized and repositoried version of the hobby logo shirts that she posted here. On the other hand, the repositoried set doesn't have the black and white recolors that were included in the original standalone set.)
alien pod for the original default and the recolors.
Anna, for the colors.