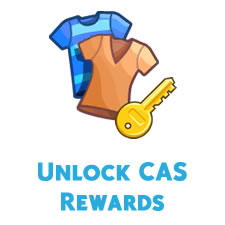 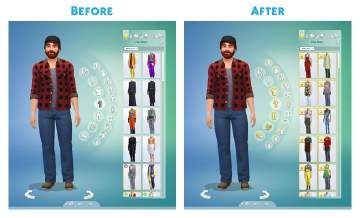 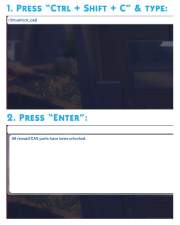 This mod adds a new cheat code that unlocks all the reward CAS parts for the current household. To have it work, follow these instructions:


How Does It Work?

Unlike other mods, this mod doesn't override any resource. Instead, this cheat takes advantage of the game's own reward system to give the active household access to all the reward CAS items. Essentially, it's as if your Sim had unlocked each outfit by advancing through each career.

Do note that because of this, the cheat must be applied on a household basis and it can't be turned off. Once cheated, the unlocks will remain visible in CAS.

I have unlocked career and NPC outfits for every career and service included in the base game, Get to Work, City Living, Seasons, Get Famous, Island Life, Outdoor Retreat, Spa Day, and Strangerville.

Additionally, this mod unlocks CAS parts that are received as a reward for leveling up certain skills (i.e., DJ Mixing, Dancing, and Acting) and those you can buy in market stalls.

This mod works with game version 1.54 - 1.56. It has not been tested with previous game versions and may not work in such setup.

It doesn't require any additional packs and it shouldn't conflict with any other mod as it doesn't override any resource.

2019.8.13. Also unlocks the items you can purchase in market stalls (Strangerville, City Living). Re-download if you have those packs.