by tklarenbeek Posted 18th Jun 2020 at 5:10 PM
5 Comments / replies (Who?) - 1 Feedback Posts, 4 Thanks Posts
This is a new mesh, and means that it's a brand new self contained object that usually does not require a specific Expansion pack (although this is possible depending on the type). It may have Recolours hosted on MTS - check below the description for more information.
I loved that Bigfoot was in the Sims 2, and wished that he made it to the later games as well outside of the costume outfits. So here's an head and body preset to make your own Sasquatch! This was based mainly off the Bigfoot Harry from Harry and the Hendersons, as well as a little bit of Patty (the female Bigfoot seen in the super famous Patterson-Gimlin film). Funny enough using the Goofy walkstyle on your Sim makes them walk a lot like Patty does in that film. 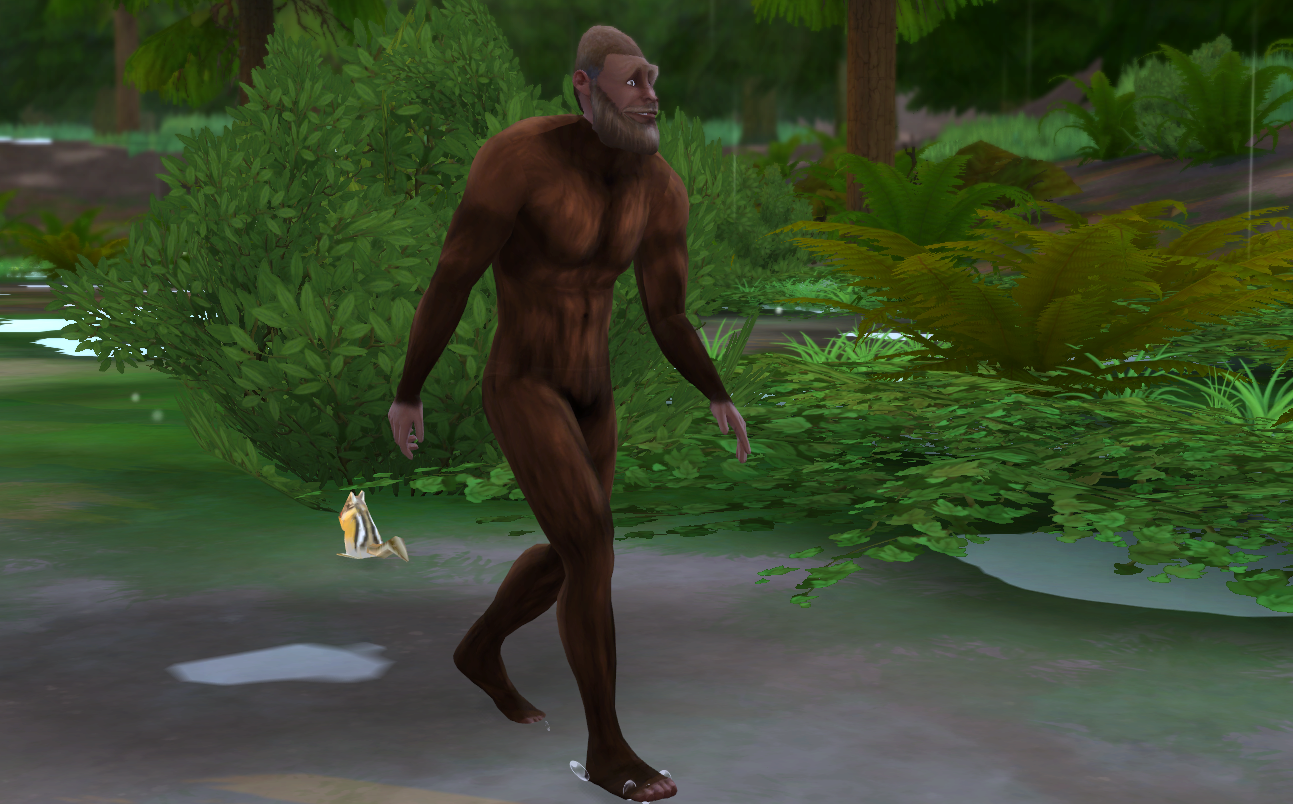 This mod does not include anything besides the head and body presets. I highly recommend using G1G2.'s Bigfoot clothing and makeup for this mod. It's what I'm using in all my screenshots.

The body preset is available for teen through elder for both genders. You can find it in the body preset menu with Harry Henderson as an icon. 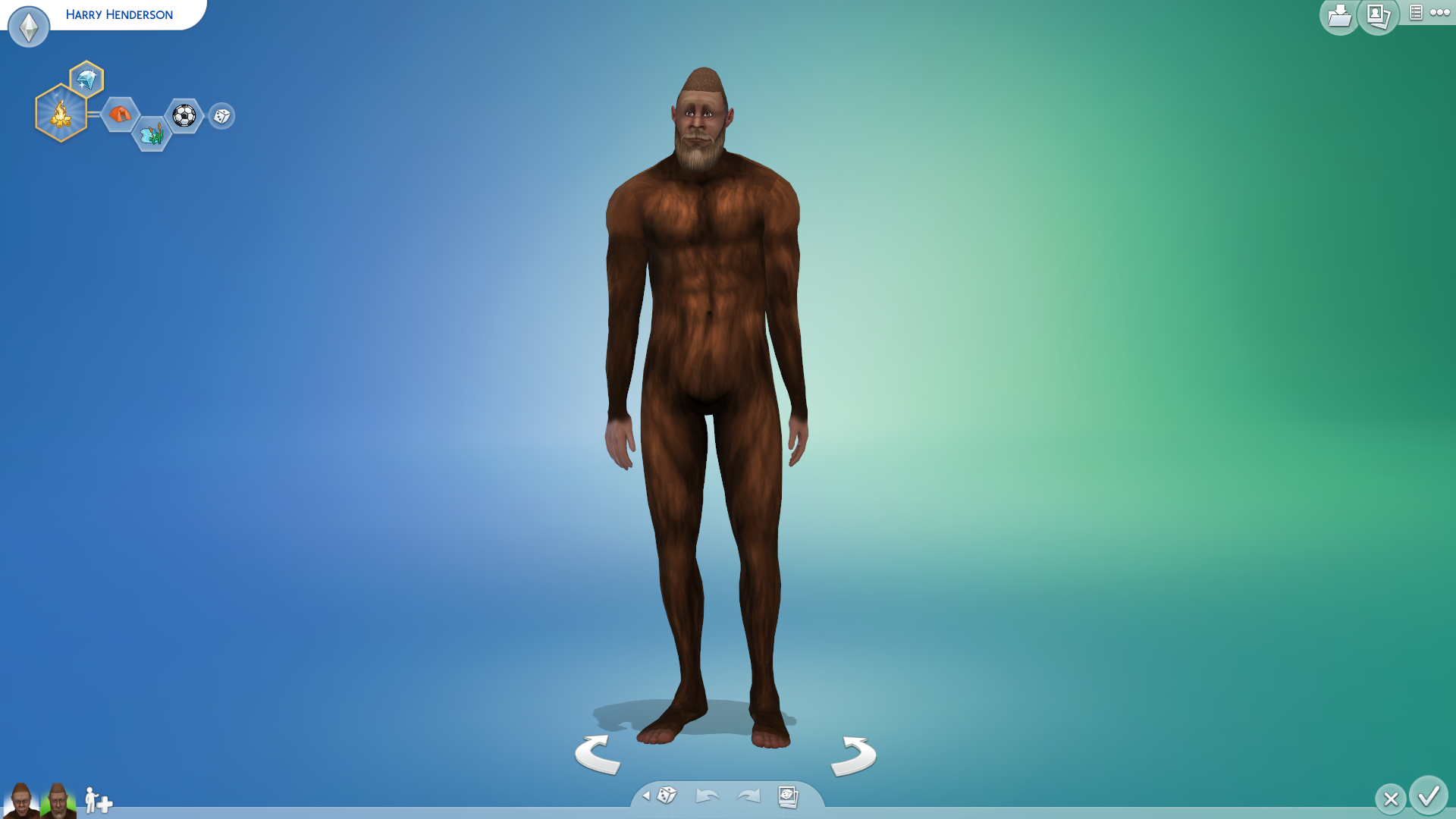 The head morph is available for toddler through elder for both genders. You can find it in the eye presets, again using Harry as an icon. 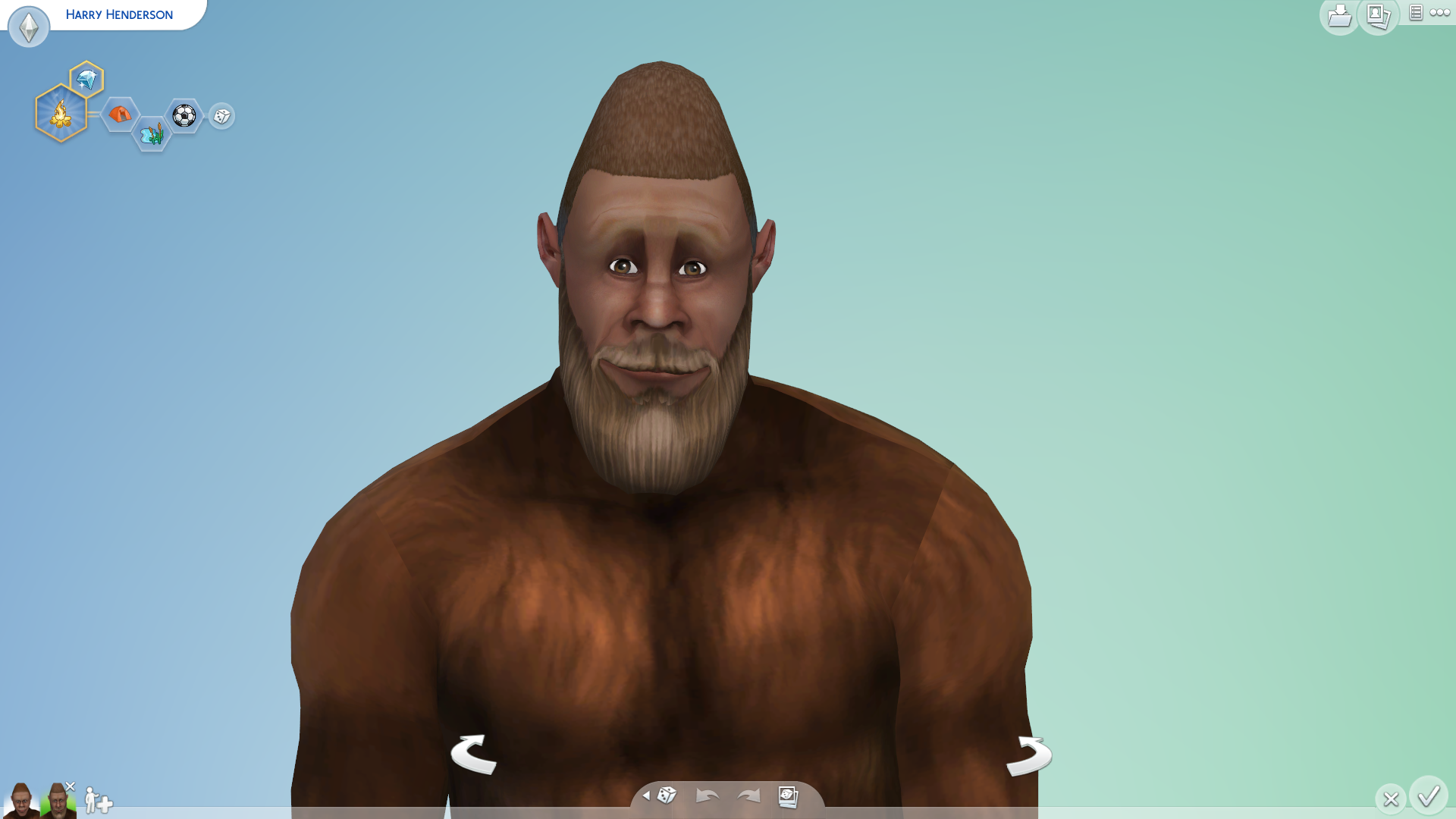 Known Issues
Since the eye position has been altered a bit, they'll bulge a bit out of their sockets when your Sim isn't looking straight forward.

Since the new head has a sagittal crest (the pointed part on the top of the skull) most hairs will not work well with it since the head will poke right through them. The only one's I've found that have worked well are flat ones that don't have an actual mesh and just recolor the head (like in my screenshots) or ones that are very poofy and tall.

There's a very slight open seam between the neck and body for some ages. It is very tiny though, and shouldn't be noticeable unless you look for it.

Need more information?
Back to download view
5 Comments / Replies (Who?) - 4 Thanks Posts
Hide Thanks Posts for this thread (Show only feedback)
mbryo3939
Test Subject
THANKS POST
#2

Thanks for your work.
Pokesimaniac
Lab Assistant
THANKS POST
#3

I love him! I wish they included Bigfoot in the later games too.
Pegasio
Test Subject
THANKS POST
#5

Simply amazing. All your four creations, but mainly this and the reptilian one are very high quality material. Thank you very much, and please keep creations like these coming. I would love to see other kind of creatures and animals.
rcmiller616
Test Subject
THANKS POST
#6

Love it! Had the urge to have a squatch join my family. This saves the pain of playing with sliders and still failing to achieve this level of gorgeous.