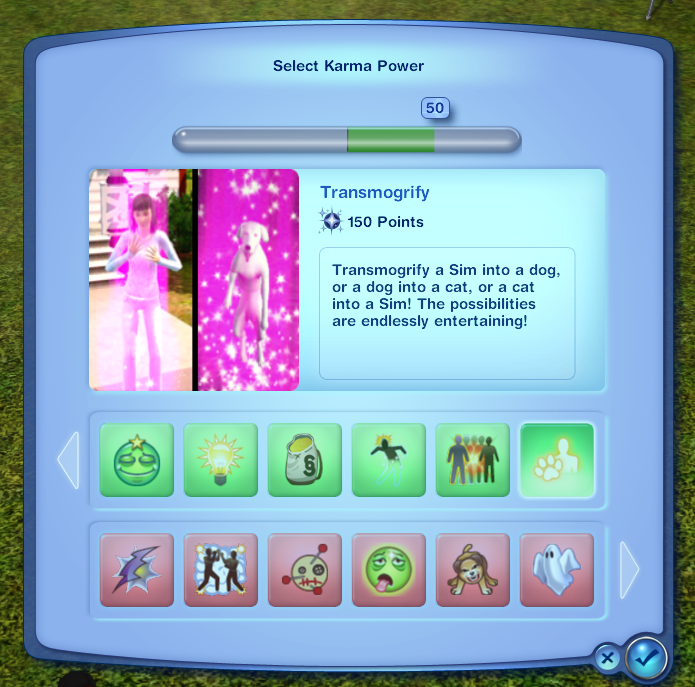 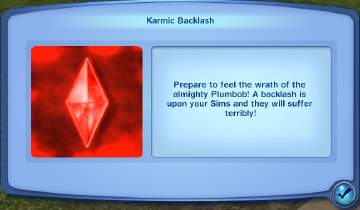 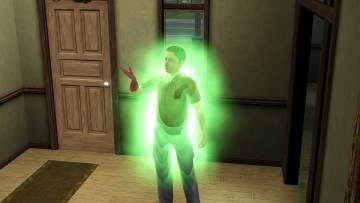 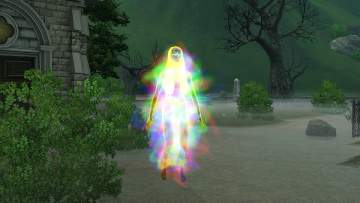 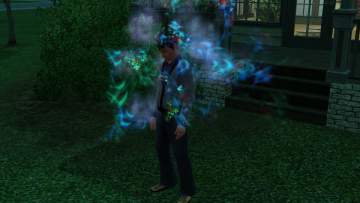 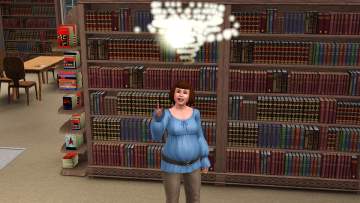 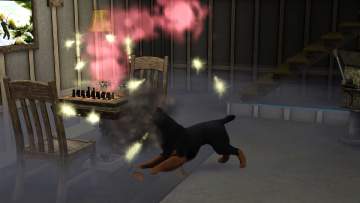 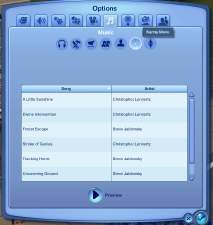 151 Thanks  Thanks     51 Favourited
This took far too long to make. Seriously, I started working on this pre-pandemic! I hope you all enjoy it. What Is This Mod?
This is a pure script mod that adds a new "Karma Powers" system to the game, a re-imagining of the karma powers from The Sims 3 and The Sims 3: Pets for PS3 and Xbox 360. In many cases, code, music, and images have been lifted directly from the console versions of the game, but some changes have been made to ensure everything plays nicely with the PC version of the game. No expansions are required for the mod to function, although certain features may be missing if a particular expansion pack is not installed.

When you first go into Live Mode and select the "Lifetime Happiness" panel, you'll now see this:

The top number next to the chest shows the selected Sim's lifetime happiness points, as usual, but the bottom number next to the sparkles indicates the current balance of karma points. Fulfilling your Sims' wishes will increase this karma balance, while right-clicking on wishes to cancel them will decrease it — if you aren't careful, it can even become negative! Karma point balances apply to the entire save, not to individual Sims or households; in other words, switching households or Sims in the same save game will not affect karma.

Once you have some karma points saved up, click "Karma Powers" to open the power selection menu, where you can purchase a number of positive and negative powers to affect your Sims or those around them; see the full table of included powers below for more info. For each Sim in the active household, you will receive a discount on good karma powers; likewise, the cost of bad karma powers will be discounted for each active Sim with the Evil trait.

The karma power selection menu uses the original music tracks from the PS3 and Xbox 360 editions of the game. As with my previous console karma music mod, I've made previews of the karma music as well as the world loading music available through new tabs in the music options menu. Karmic Backlash
Even if you have a small or negative karma balance, you can still purchase karma powers as long as the cost of the power would not bring your balance below the minimum value of -100. Be careful, though; if you end up with a negative karma balance after purchasing a power, the almighty Plumbob may decide to cast a backlash on your Sims to punish your abuse of its power! During a backlash, a bad power will be selected at random and cast upon the active household, and the cost of the power will be added to the current karma balance to bring it closer to zero. To avoid the risk of this happening, try to keep your karma balance positive whenever possible!


Custom Karma Powers
Want to create your own power to add to the list above? It does require some script modding experience, but it is possible! See here for a tutorial.

Cheats and Commands
I've tried my absolute best to ensure that it is not possible for the karma power selection menu to become stuck in the "disabled" state once a power is activated, but in the event that it does for whatever reason, I've included a command that will manually re-enable the menu so another power can be activated. To do so, press Ctrl-Shift-C to open the command menu, type "ToggleKarmaAvailability" (minus the quotes), and press enter. Be absolutely sure that the menu is permanently stuck before attempting this; I would say to give it 12-24 in-game hours before assuming anything went wrong.

I've also included a way to manually increase/decrease your karma balance as much as you'd like, but you'll have to figure out how for yourself, you dirty cheater


Currently, only English is supported. Translations are very welcome and much appreciated; formatted string tables and unhashed keys have been provided in the package if you wish to help.

Compatibility and Uninstallation
Built, tested, and (mostly) working on game version 1.69. It should work on earlier versions, but it has not been tested; do so at your own risk.

As stated earlier, this mod does not require any expansion packs to run, but Ambitions, Pets, and Supernatural must be installed in order for all features to be available.

This mod replaces the "HUDRewardTraitsPanel" and "OptionsDialog" LAYO resources, as well as the "hud_icn_lifetimehappiness" IMAG resource, and will generally conflict with any other mod that does the same. Below are some other miscellaneous notes regarding compatibility:

Before uninstalling, ensure that no karma powers are actively being deployed and the karma powers menu is enabled, or else you might end up with the remnants of a power situation permanently stuck in your game!

Known Issues
Occasionally, depending on how much load the game is under, the "roulette effect" of the almighty Plumbob during the karmic backlash dialog may not be seamless; it may be in the middle of transitioning to a color before jumping to it, or it may be transitioning out of a color before jumping back to it. This seems to be an EA issue that I can't easily correct, although I have noticed in my testing that LazyDuchess's Smooth Patch does seem to lessen the issue.


S3PE, Visual Studio 2019, and dnSpy for making modding stupidly easy
LINQBridge for enabling my newfound querying addiction in .NET Framework 2.0
Various modders and their scripting tutorials scattered throughout the Interwebs
Tashiketh for keeping this site up and running
My many test sims for putting up with my nonsense
And you, for checking out this mod!