A few days ago I seen a picture of a random house online and I felt inspired to recreate something similar in the game.
The picture was just the front of the house and I improvised the rest.

I'm thinking about trying to upload it on here, what do you guys think?
Come checkout my Project Titanic on Sims 3!
RoseCity I sometimes do more than one build, so I don't get burned out half-way thru one. Mine aren't quite as fancy, but here's what I've got -

Let me give you a little background on the "This House Sucks!" home:

When I was building Sheila's mansion (Sheila Burns's Estate), I tore down Mosquito Cove, flattened the lot, and built THS as a temporary (VERY temporary) home. I used the lowest grade build items as well as cheapest buy items so the money could go to the mansion. The whole time I was building it, I kept repeating "this house sucks!" over and over. Once I had finished the main house, I tore this nightmare down, for the poolhouse that would be built soon. By the way, I did find out that "This House Sucks" will infact fit on a 10X10 lot.
xPennyxTallyx 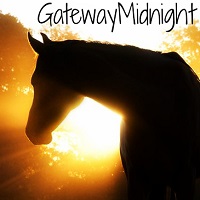 Just built this as a starter home for my new legacy sim. Not my usual style but I like it.
"Fear is only in our minds. But it takes over all the time."
Elynda

This is the Abbey of St. Simia, sometimes known as Greystones Abbey. It stands in Sunset Valley on the lot opposite a park that lies between the Landgraab and Alto mansions. It currently houses a small community of five nuns and two novices. Its main sources of income are its nectary and produce garden, although the novices go out busking sometimes and the Abbess writes learned books on theology and nectar making, Immediately behind the stone cross is the small chappel. The main block houses the great hall, the kitchens, guest quarters and the Abbess' bedsit/study. At the back are the wash house, the nuns cells, recreation room and the library.
The other smaller building in the background (on separate lot) is St Simia's Priory, which is a retreat for two elderly nuns and a novice called Maria, who looks suspiciously like Julie Andrews.
Simblr: Elyndaworld *** Wordpress: Tales of Nantrelor
bigguy09
Test Subject
#232

Recently got back into this game and downloaded a little bit of custom content like cars and few furniture sets. Still fairly new to building but figured I might as well see what you guys think of these 2 house I recently made.

This message has been deleted by yela.
danvis

Some houses I've build in ts3:

big mansion based on the Hatfield House

Some pictures don't have the highest quality, because I didn't know I could change it at a time

So the Curious brothers of Strangetown were very much in need of some home renovations/expansion. That house of theirs is more than a little bit lacking in space, despite its very impressive facade. And it has basically no living space, which is just not good when there are kids to raise. So they got an extension built. Two of them actually. It was a project done in phases, as finances allowed. I was pretty nervous about the whole thing, as the house has a very distinctive appearance and I didn't want to lose that, but I also really really needed a lot more space. But now that it's done I am really really pleased with how it turned out! :D

I've managed to transform it from an awkward place that doesn't work well as either a home (no real living space? 3 bedrooms and yet nowhere that can fit a double bed?) or a lab (no space for any actual lab equipment?) to a large family home with 4 double bedrooms, 2 additional single bedrooms, and 2 full bathrooms. Not to mention the semi open plan kitchen/dining room/living room with plenty of room for the whole family. Or the second floor's multi-room lab space with plenty of room for both equipment and specimen storage, complete with an all-in-one bathroom for convenient self extinguishing in the event of any lab mishaps. And of course, easy access to the roof's multiple viewing platforms.
no power in the verse can stop me
ge smak daun, gyon op nodotaim
jus nou drein jus daun
Ferguson Avenue 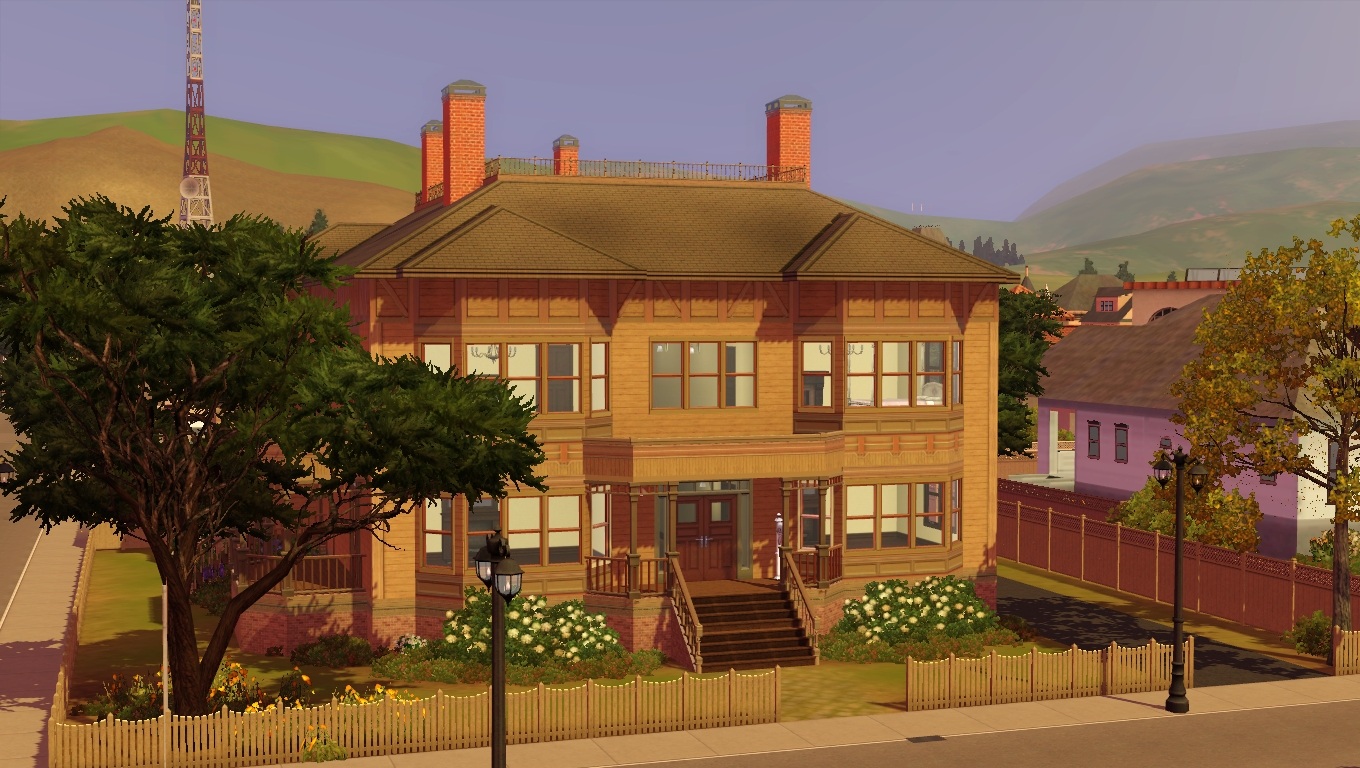 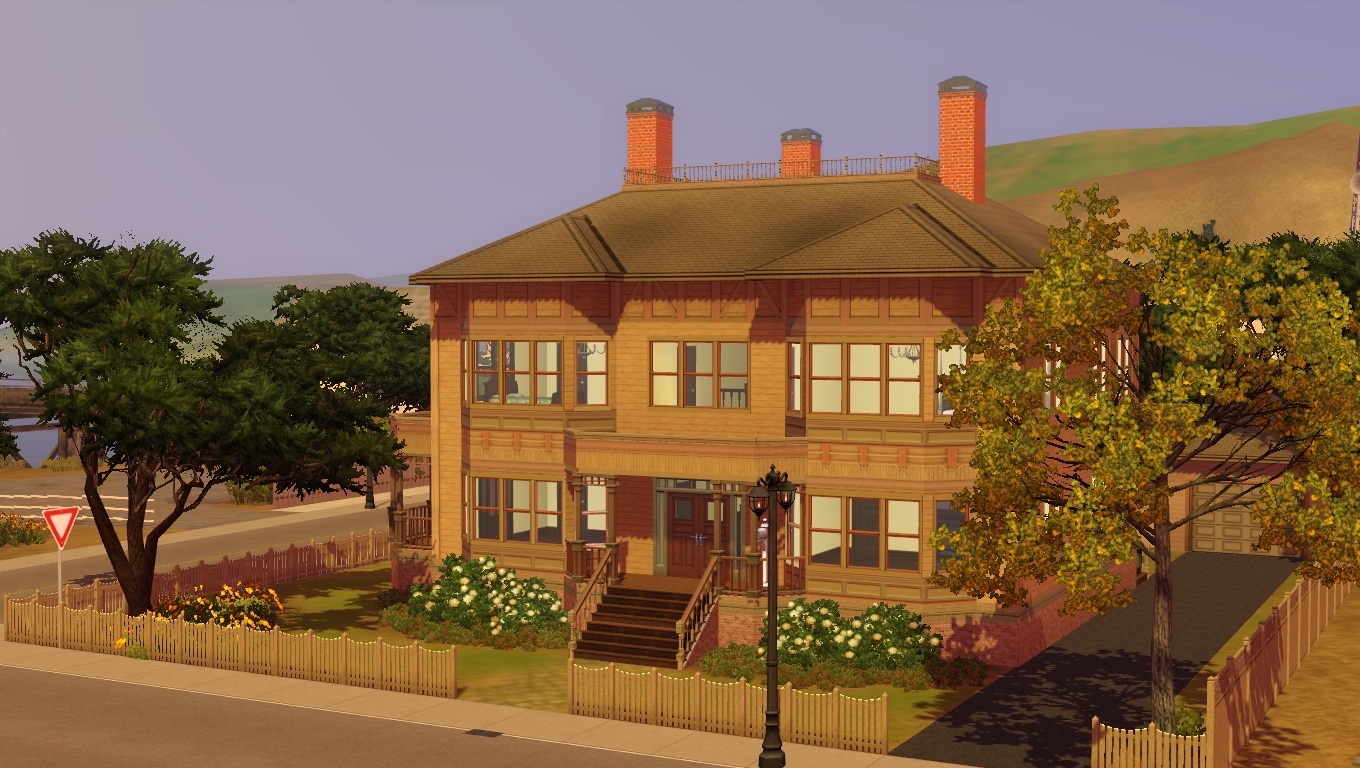 @eufl I definitely second that your project deserves its own thread at the creator feedback forum.

@danvis your mansion game is spot on!

@Fergus' Mind you got really nice, soft ambiance in your photos

I got different kind of landscape, unfortunately I have lost this lot since I reinstalled my windows.

Thank you. If you want to see the rest you can check my yt chanel under the name of dw62801. BTW nice pictures. I didn't even know that there is an underwater world in the sims

Quote:
Unfortunately it seems as if eufl is not finishing the hood, as per his recent comments on the official boards. We'll have to get him to leave the files with someone or use the unfinished beta. I'm still deliberating about this myself.

Indeed, it could look like this. But I am not gone, and for now I can say, that this project isn´t dead, cause I have a new computer. Unfortunately I need the data from the harddrive of my old machine, also I miss some of my Sims games. This can need some time, also I have to admit, that after such a long time without computer there are a lot of games I want to play (Skyrim, The Witcher, GTA).

Thank you all for your nice comments, I will come back!
tizerist

That is great to hear! eufl, this hood is gonna be boss when you hook up your old harddrive to your new pc!

Also the apocalypse house I built for my sims

"Fear is only in our minds. But it takes over all the time."
themysteriouscorn

Welcome to De Vesania Manor! I made it from scratch and I'm pretty proud of it. It took like 4 hours and the unfurnished price is $160,954

It's probably gonna be tons when I furnish it.

This message has been deleted by Wojtek.
Gingerxyz

I've been doing some building for the first time in a few months, and while it's far from complete, I'm really pleased with how it's going!

I have three rooms mostly furnished (a few placeholder pieces remaining, some CAST work left to do, and I need to fill them out a bit with deco items, but they're functional and mostly what I want them to look like so yay) but I haven't done much upstairs yet and there's an entire extension that needs to go on the back of the house, and I haven't figured out exactly how that's going to work, and I've done zero landscaping, but like, so far it's turning out way better than I could have expected so I'm cautiously happy.
no power in the verse can stop me
ge smak daun, gyon op nodotaim
jus nou drein jus daun
MurderPrincessK

I've been working on this modern farmhouse for a week or so now and I finally have it decorated and done to my liking.
Now I'm glad to be done and I need a break.

I must be in the mood to build lately. I started working on this modern style houseboat in Lucky Palms. I've never tried to build a house boat before.

Nobody seems to actually use this thread anymore....I guess everyone quit building and decorating, but I'm enjoying it so here is my Houseboat update.

MurderPrincess - I'm happy that you're posting your builds as they are super inspirational to a newbie player like me. That houseboat, especially, is fabulous!

Gingerxyz - Great start on that classical home. Can't wait to see the rest of it. And by the way, I *loved* the pictures of your Strangetown in the landscaping thread.
Gingerxyz

Thank you! That world makes it so easy to take good pictures though. All I can take credit for is my choice of angles and timing. (And my Curious Labs renovation).

I've made some progress on that house since those pics. It looks nearly finished from the front now!

And I added the extension for the swimming pool!

So I'm going to have to figure out a different approach to getting what I want there. Kinda been avoiding it tbh.

The avoidance did lead to this though!

Of course, playtesting has revealed the presence of the stacked staircase bug in these ones!

So I'm going to have to rebuild them again (Game crashed while I was building them and I had to start from scratch. And these are a modification of a single house I built a few months ago, which took two tries to get right (and which, strangely, did not suffer from the staircase bug) So this rebuild is basically going to be my fifth time building them!)

And I still haven't figured out what I want to do with the shell once it's functioning. Lots of different ideas, don't really know what to pursue.
no power in the verse can stop me
ge smak daun, gyon op nodotaim
jus nou drein jus daun
MurderPrincessK

I redecorated EA's build in Lucky Palms called The Lido.
I turned it into a 1 1/2 bath with an open air loft bedroom.
I raised the living area onto a platform and moved the kitchen to the front of the home.
I was trying for very Geek Chic decor. Here is my version.

This is another EA build from Lucky Palms that I have redone, sorry can't remember the name of the building.
Decorated to be extremely modern.