Déjà vu
OFF TOPIC: Apologies to the moderators, I didn't mean to delete my old story Digging Graves but merely wanted it archived. Honestly I was going to delete it, and make up some excuse of my reformatting without backing up Sims 3 stuff, which is a true story, but not a good excuse I suppose. I deleted it by accident by pressing enter when teh cursor was still in the delete field. Anyway, as it was, I consider it a finished short story. So if you could undelete it and move it to the archives, I'd appreciate it. Heck, I'd appreciate it if you didn't and just left a comment to my inbox without publishing this one. So whatever.

To all others, apologies, this is going to be a memory, flashback, tense-shifting and heavy on the voice-overs thread about mystery and intrigue. If any or all of those things afflict you with headaches or incontinence, you are advised to leave criticisms and corrections. Or you could simply turn away now. You've been warned, but having said so, I enjoy all manner of criticism, constructive or destructive. Also, my skill with tenses is probably my very weakest point as a writer. /ot 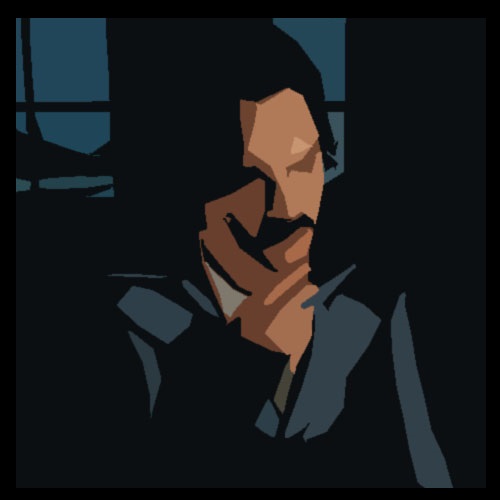 Sometimes I wonder if anyone else thinks back to their earliest memories, whether they be of a stripling infant, screaming its head off for mama or papa, food, water, toys, or just the terrors of night.

I envy the lucky ones whose memories are mercifully cropped at that solid age of eleven or twelve, past the tenderness of infancy and just shy of the sufficiency of youth. As for my own, they began sometime after my ma brought me home one time when I was real small. I doubt it was as early as my birth, but I was very young.

I remember just the fabric she wore then, the paneled particle-board of our inner house, and being brought to a cake once or twice. One cakeday, I was left unceremoniously on the floor, I don't remember if ma said goodbye, but the next thing I remembered was asking for her.

A voice sounding like a cat's head pushed against a grindstone answered, "Shut it, ya stinking bastard. Yer ma is hitting the slots. Now get back in yer cage, little maggot." 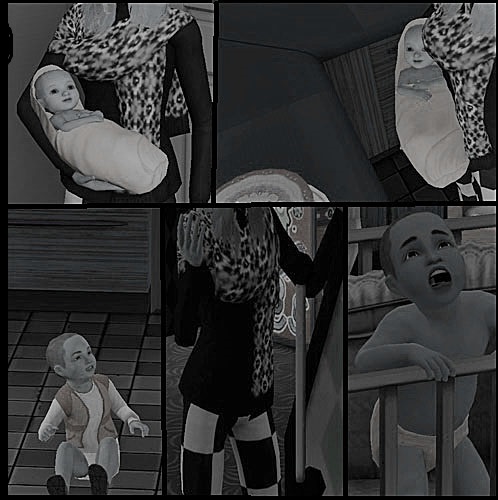 I remember nothing about the man at that time, other than his voice, the smell of stale ash and vinegar; not to mention the taste of cold medicine in the bottle of milk he gave me.

Another memory comes to mind, when me and my caretaker were having a battle of wills. I didn't want to eat the burnt hamburgers he was serving up, and took a stand right there in my high chair. "If ya won't eat meat, there'll be no ice cream, no milk, and yer addict of a mother'll come home to a little skeleton in the crib, ha!" And with that, he grabbed my little form from the high chair, and thrust me into my quilted crib with the stench of soiled diaper floating about me. 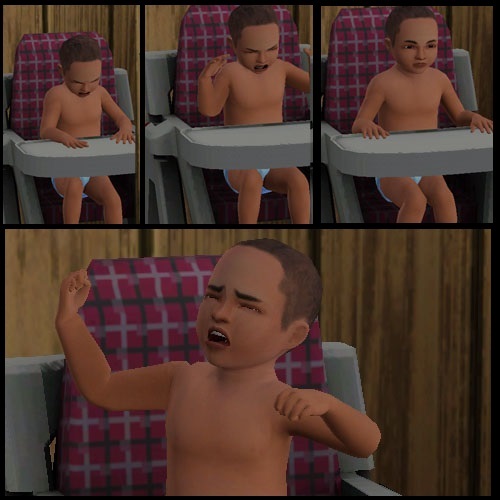 I suppose a lot of folks would be sore to whoever was taking care of them if they grew up a little rough, petulantly transferring the varied disasters of the cradle to whoever put them there. The way I figure it, anyone made to care for others has either to be the biggest saint in the world, or the worst kind of sadist. Maybe the difficulty of it all drives them to either extreme.

Now, I know and remember a lot for a person as dumb as myself. Sometimes I wonder about my memories of infancy, all those sensations; those instinctual recognitions of taste and smell, sight and hearing that we who remember receive. Did I know then what vinegar or ash smelled like, or is this me projecting my later understandings to memories of childhood in some atavistic cycle of remembering? Did I ever know the sensation of getting burned in that desert? Now look at me getting all metaphysical! Back to the topic at hand. 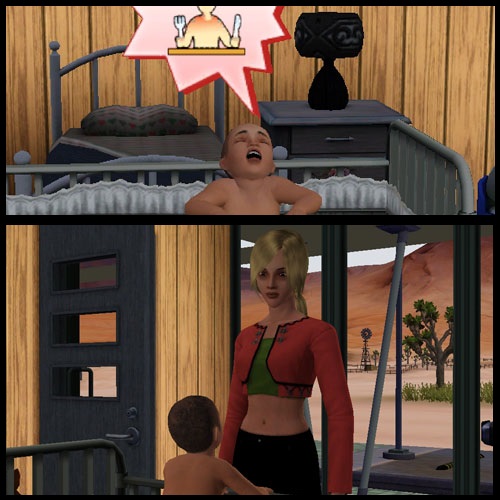 I didn't hold it against my mother or even my crotchety, old sitter. But I do remember crying, and screaming when I was hungry, and remember one time my ma walking in on me, taking me out of the crib and soothing me. She dressed me in my favorite clothes and then put me in my high chair with a bowl of sweetened veggies. 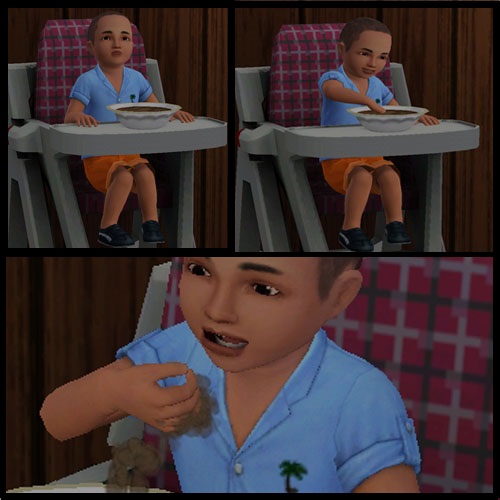 Otherwise it wasn't all bad. I had a nice roof over my head, a view of the beautiful desolation outside, and a box filled with pegs to play with. Life was good, in fact.

I remember when I started getting a grip on language. Ma was setting me on the floor almost everyday and just chatted at me until I got it, until I started talking back. She might've considered a few different uses of our grill at that point in my development, but I digress. 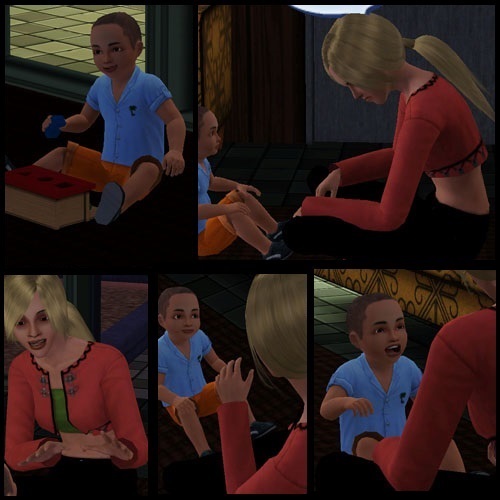 I asked her one day, "Where going?"

"Mama has to go to her playground, to win us some coin." She usually replied to these sorts of inquiries in that way, so that I could understand somewhat. I started remembering her face then, it was always so bright and happy when she looked at me, which made me happy.

"What coin?" I had asked, and laughed later to remember it, longing for the days when money wasn't such an object in my little world.

Then she would leave me with the sitter that I mentioned before, for another round of toddler football. Eventually I learned how constant attention could be a bad thing, and made myself scarce and quiet when he was around. We didn't have much trouble from then on, apart from an episode where he took my favorite doll and dumped it in a bonfire, muttering, "Filthy, imaginary pukes..."

My ma was there otherwise, when I took my first steps, when I learned to love someone other than myself, and that's what made the difference. I remember my first taste of cake, but I'm getting ahead of myself. 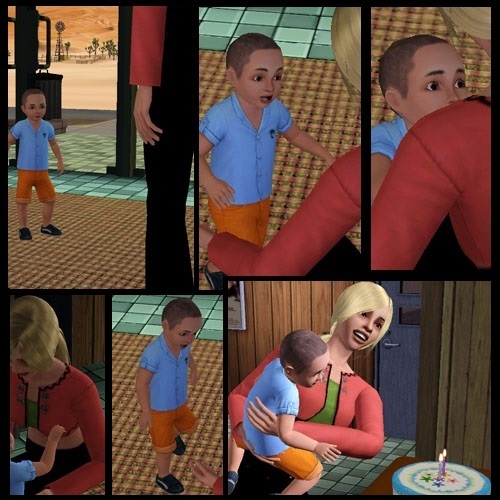 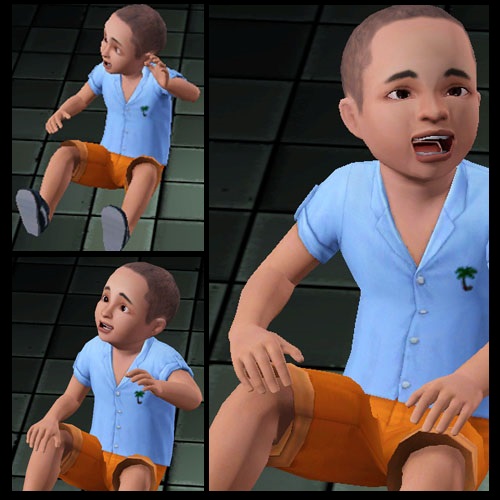 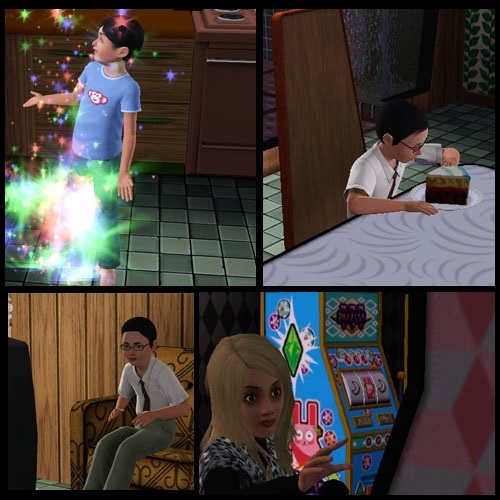 She had left me again on that birthday, promising to come tonight and tuck me in, and then said something I'll never forget, "From tomorrow on, it'll be nothing but palm trees, ocean, and beaches!" I clapped happily as I rushed to put on my new clothes and glasses, and finished my slice of cake. I fell asleep on the couch after watching some television. I never stopped hoping for the tomorrow she promised.

I woke up chilly, early in the morning, to a quiet house. All until a knock and ring came at the front door. I rushed to greet whoever it was, thinking of ma, but looked up to see a formally-dressed stranger wearing a familiar face. I never saw my mother again, and when no father came forward to claim me, the foster system had me from then on.
boob noun

1.a stupid person; fool; dunce.
Back to top