Other - own writing expereince

own writing expereince
HAve you ever thought about writing own book or stories?
cerasser
Banned
DELETED POST
Original Poster
11th Aug 2020 at 10:53 AM Last edited by cerasser : 14th Aug 2020 at 8:53 AM.

This message has been deleted by HugeLunatic. Reason: spam
Advertisement
Volvenom

Yes I have. I'm crappy on dialogue so how to get around that.
My youtube videos: http://www.youtube.com/user/TullaRask?feature=mhum
My blog: www.volvenomtullarask.com
Deshong

For me, drawing and telling stories go hand in hand. So I've been thinking about creating my own graphic novel and how-to-draw book.
Because I'm Fragile...but I'm not "that" fragile.
yavannatw

I've written a couple of stories through participating in Nanowrimo but I would never share them. They're incomplete and I just don't have the time or motivation to fix them up. I've written poetry in the past and I know a friend of mine self published a book of her poetry but meh. I guess I'm too lazy or lacking the passion for such. The only writing I do now is updating my Sims blogs.
Deshong

Dialogue is everywhere. In movies, in tv series, in everyday conversations, in books, in video games, etc. There's so many examples of dialogue including scripts plus there are many books on the subject, and free advice online as well. Here's one such site to see dialogue from your favorite movie or whatever.
https://www.simplyscripts.com/

I absolutely loved the dialogue in the video game Judgment and the double entendres too. The other conversation happened because the employee has a crush on his co-worker and I think he asked Yagami for advice. Dialogue can be as creative as you want. 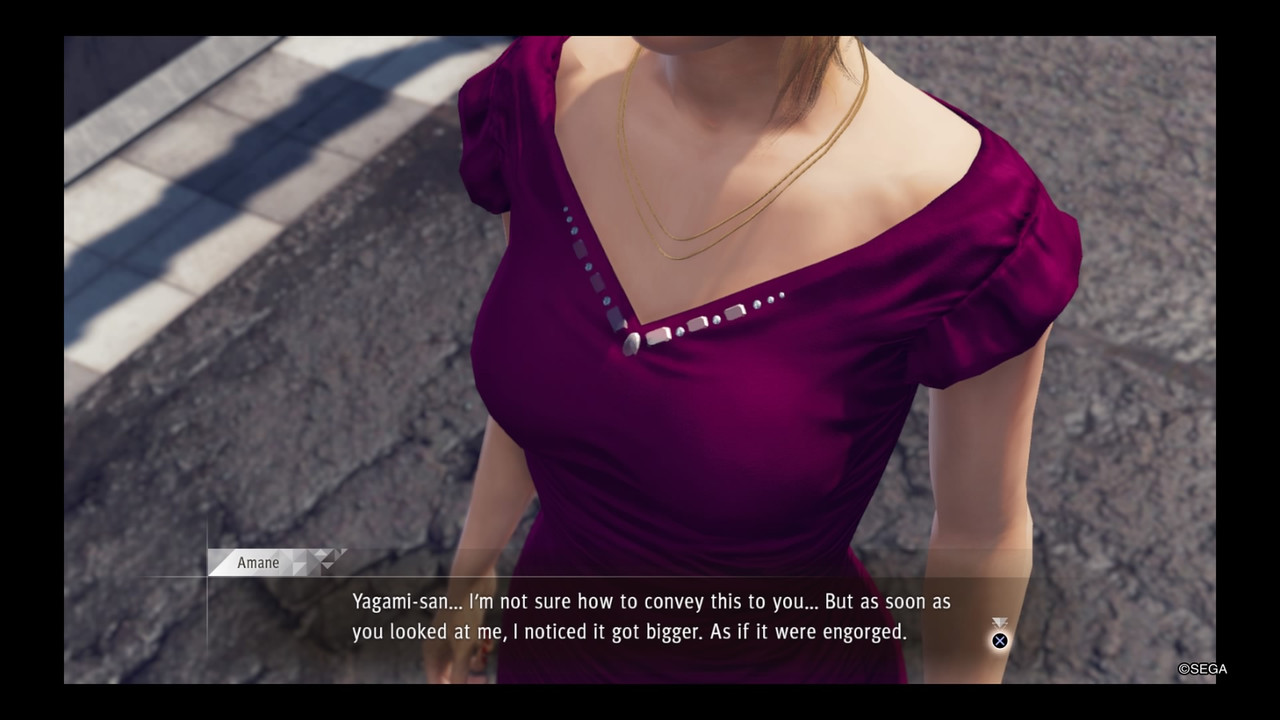 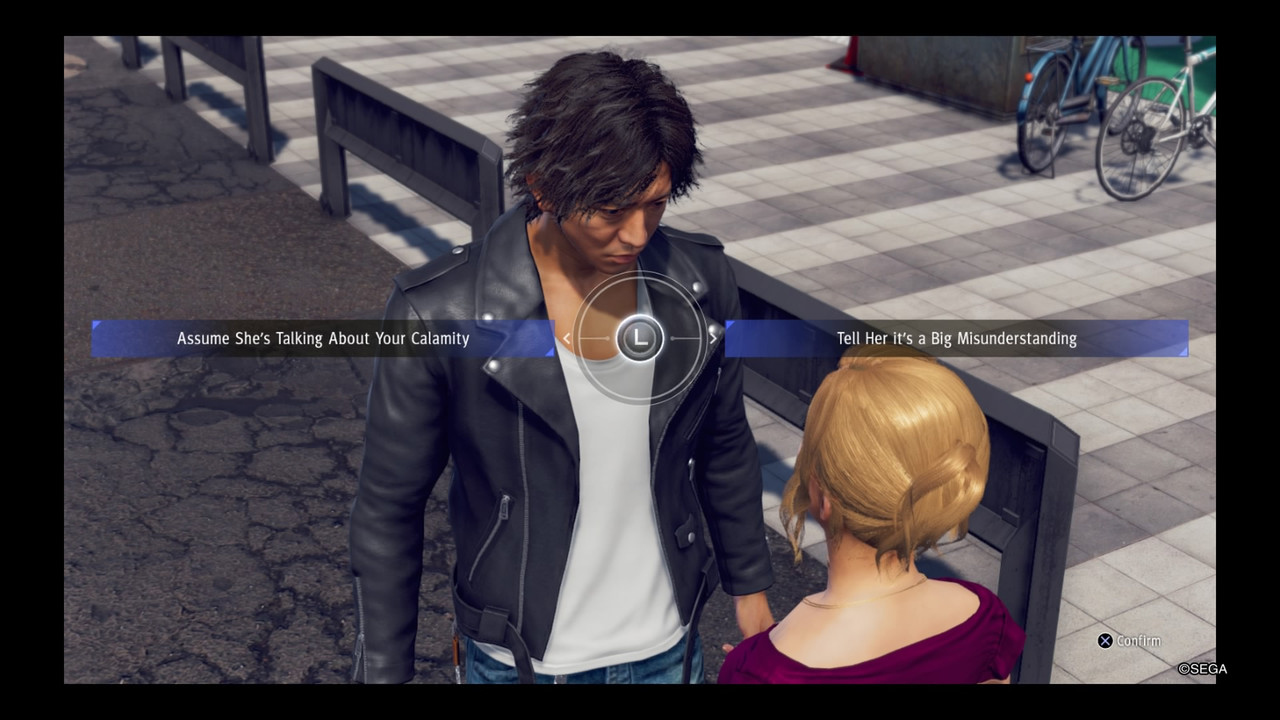 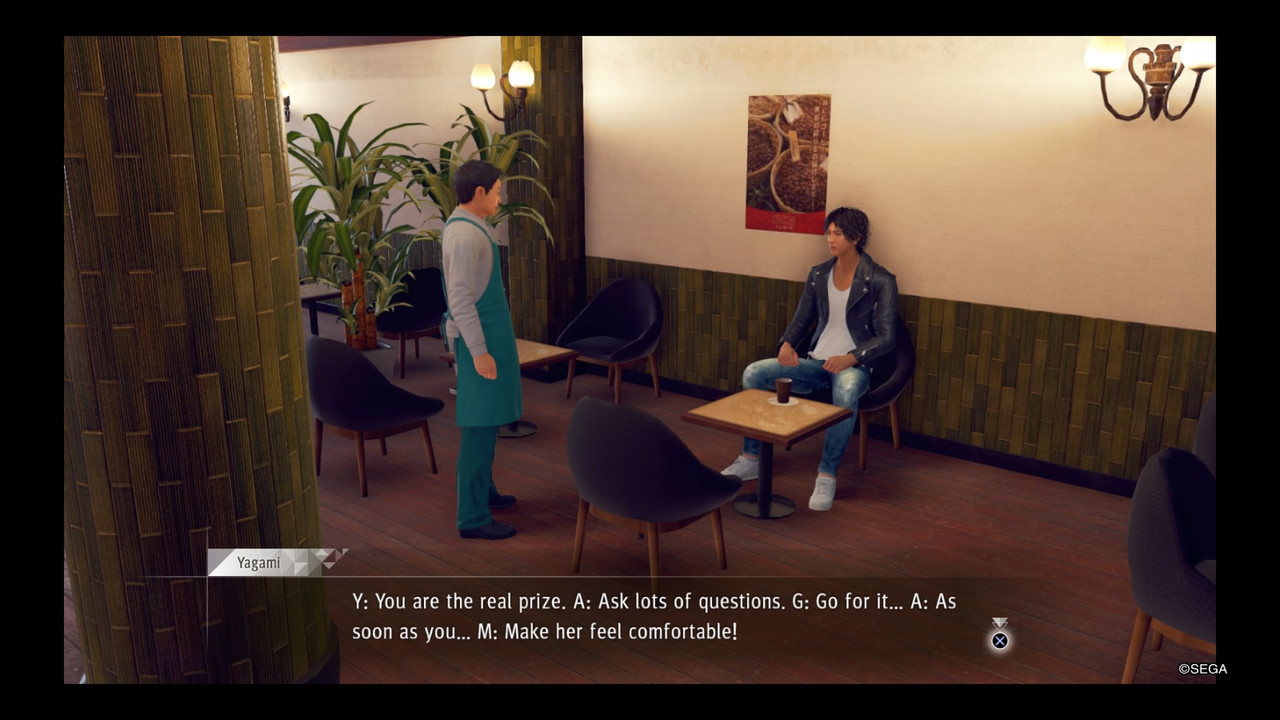 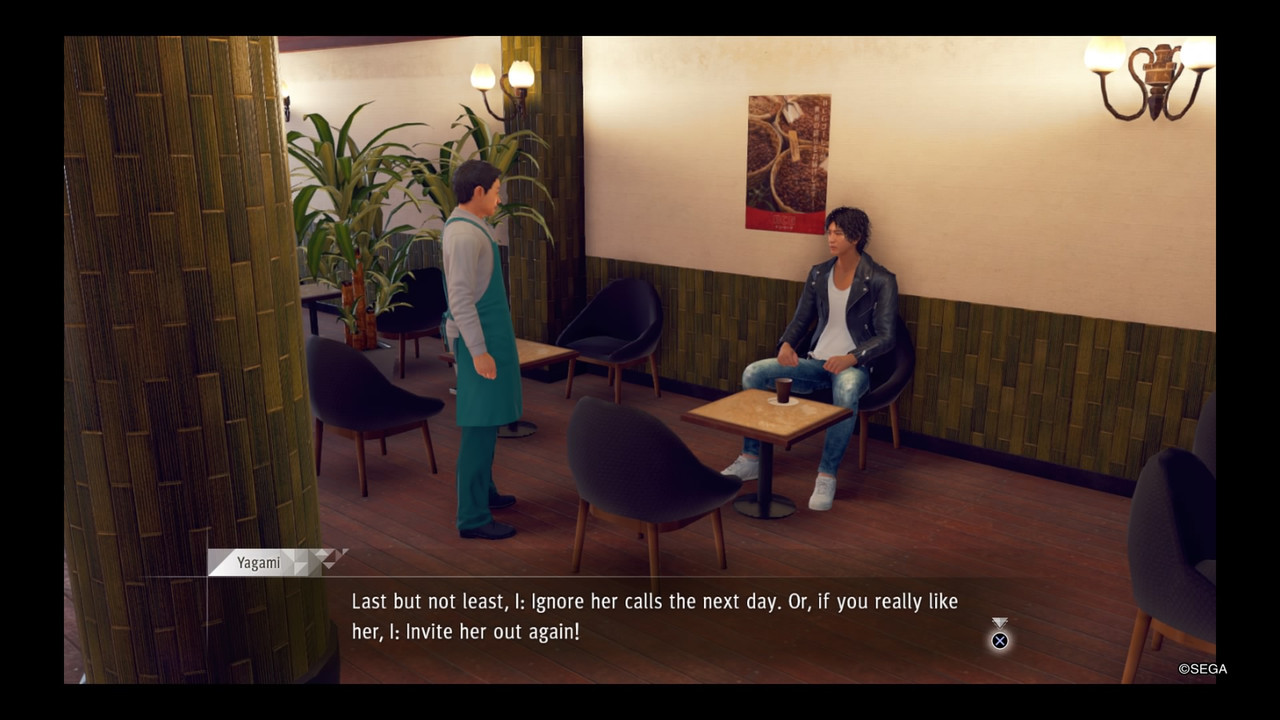 The dialogue also depends on what tone you want. For example, in some Resident Evil games the dialogue is rather bad in a good way for most fans. In newer RE games it's more realistic but usually are some throwbacks to the older games dialogue and scenes for nostalgic reasons.
https://www.youtube.com/watch?v=vtTfptkUgj0
https://www.youtube.com/watch?v=z6BvJ9tRhWc
Because I'm Fragile...but I'm not "that" fragile.
simmer22

Dialogue is difficult to get right, but it's great when you do. One tip is to read it out loud (or mumble silently to yourself, anyway - depends if there are people around). If it sounds bad out loud, it probably is bad. If it sounds like people talking, and if it sounds like the right kind of people talking (boss to worker, wife to husband, young child to mother, two teenagers, or whatever you're trying to convey) with the right kind of word usage and word flow, you're probably on the right track. Dialogue can convey information via what is being said, but also in how it's said and who is saying it, and it can show a lot about the personality of the characters. The delivery can be half the point of the dialogue, not just the information being given. Most of the time it's just a matter of studying real-life conversations to get a feel for how people actual talk, and how it's done in movies/TV/theatre to add an atmosphere and a point to the dialogue (because there should be a point to it), maybe spoken or unspoken information. Facial expressions, gestures and other types of body language can also be part of dialogue.

I like writing. I also like taking photos (ingame - I prefer having models who stand still when I tell them to...). So I mostly do TS2 photostories. I'm also kind of a medical nerd, so those tend to go hand in hand. For some reason I prefer writing in English over my actual language (ESL... but started writing stories in English and hanging out in English forums in the early/mid-2000s, so I've had a lot of practice).

I'm always trying to get better at describing body language as part of a conversation, beause I find it really difficult. I can often imagine what they'd do, but find it hard to describe in words (would be easy to describe for film). Maybe it's the slight language barrier... So I end up writing most of the dialogue (which I usually don't find that difficult, because I tend to know roughly what I want them to say), then try to cook up something interesting around it so they don't just stand and stare at each other with the occasional smile, shrug and angry face

. And after a lot of finnicky writing I have edited the "wasn't at all as good as I thought at first" dialogue quite a lot, they're not just smiling creepily at each other while talking (I'm sure if I do a headcount, there's still an awful lot of smiling), and I'm probably on edit number 43 or thereabout of one document, and the 4-page document I started with 2 months ago is now a whooping 52 pages. Totally normal, happens all the time

I can make up short stories (childish ones) quickly and say them out loud. I never tried writing them but I'm fairly sure I'd find it hard to write them down. The other day mum was like "where is this old lady going, speeding in her electric chair almost running everyone over?" And I was like "mum, she's obviously on the run- she's robbed the store of all their pink socks and needs to get out asap before the cops on scooters down the road get her. She doesn't have time to obey traffic rules she has a date with the guy who reads newspapers on the bench". It's not great but it generally happens on the spot. It would be nice to write something one day but I'm better at editing than doing the writing myself you know?
cerasser
Banned
DELETED POST
Original Poster
15th Aug 2020 at 1:16 PM Last edited by cerasser : 17th Aug 2020 at 7:54 AM.

This message has been deleted by HugeLunatic. Reason: spam
xSwitchback

It's my dream to become a published author, but starting's certainly the hard part, isn't it? I write FanFiction and have done for years now, I have 168 followers at current on my main work. I could insert self-plug here for any interested in glancing over my written word, but I don't want to bore Simmers!

i try to write and post few short stories on some websites for writers. But I had bad feedbacks for my stories. So I decided to improve my writing proficiency. Also I do not like write my colllege essay because I have some grammar errors in it.
xSwitchback

Getting feedback is good, but when you say bad, in what way do you mean? Some people think getting bad feedback means someone doesn't like their work and they're letting them know about it, but if they point out your mistakes and how you can fix them, then that's useful and not inherently bad feedback.

A word of advice regarding criticism: A hater is vague, a critic is specific, a bully is personal.
Eternally skipping life's jump rope.
PANDAQUEEN

Book writing? Well, I am more into graphic novels.
I should be the only one to shine,
I am the Golden Queen of Shadow Galactica
(Translation of a line from image song Golden Queen Galaxia)
MOOKIEBLAYLOCK

I'm really missing a friend today. We were the unlikeliest of friends on the surface, I'll be 60 in October, Krystal would have been 26 this past July. We bonded over depression, insomnia and a common love for animals. She was one of the kindest, sweetest people I've ever had the pleasure and privilege of knowing and the world is a far shittier place without her. I wrote this for, and about, her about ten months ago and I hope you don't mind me sharing. 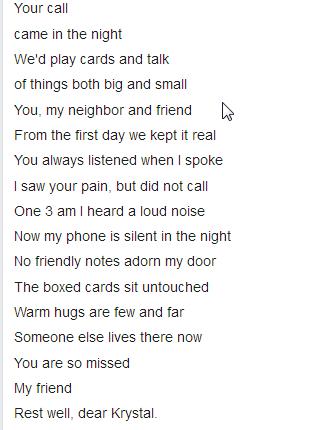 I'm writing one RIGHT NOW! Like seriously it's open in another window and everything. Though I usually write fanfiction, specifically Pokemon. Got one I should probably finish up before Kumoricon's fanfic contest deadline. I've won best short story the last two years!
Back to top