In Poverty Point, elder Natalie Haywood died. With the rent due the next morning, her daughter Jenny and son-in-law Hermann decided they no longer needed their three-bedroom townhouse; they thought they and seven-year-old Adam would fit into a two-bedroom bungalow just fine, but they didn't realize how much stuff they had, so Hermann's exercise machine is parked outside in the yard.

Andrew Henderson, the first born in my hood, has just gone to Uni

I was stuck degragmenting my hard drive when I really wanted to play because my computer was getting very slow recently.I'll be back into setting up my towns and playing my BACC again soon.
TadOlson's Blog
Steffyn

So I've been getting back into the game and I made a random test sim to live out in the boonies of Pleasantview and she ended up with Darren Dreamer. After a couple weeks of playing the field, they just got married right after the birth of their son Levi. Dirk isn't exactly jazzed about having to move but he's close to Larissa so it looks like they'll at least be friendly until he's off to college if he ends up going. In my towns, they have to have a B+ average and get at least one scholarship to go, so he might not end up going, but if not, he can stay and run the bakery that Larissa started on a whim that's just kind of hanging out on her property.
My simblr


In the name of the Moon, i will right wrongs and triumph over evil, and that means YOU! ❤️

I did some work on a simmable lake in my game today.It was great to be able to even load my game though this was all I could do because I have a grocery emergency to deal with.
TadOlson's Blog
HobbesED

So in my Shape Island hood, the Frederick family had a double wedding. 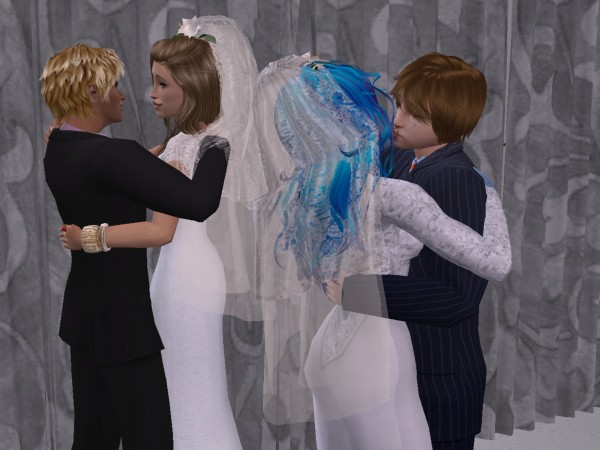 That's Makaro and Jamellon on the left and Edie and Hanson on the right. Hanson is Jamellon's father.

After the wedding party, the two couples left in the limousine for their quickie honeymoons.

Fast forward a couple of Sim days and surprise! It appears the honeymoons were doubly successful. 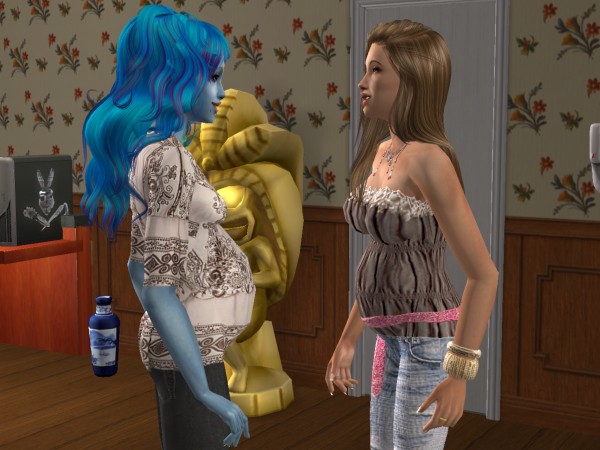 Edie was the first to deliver. 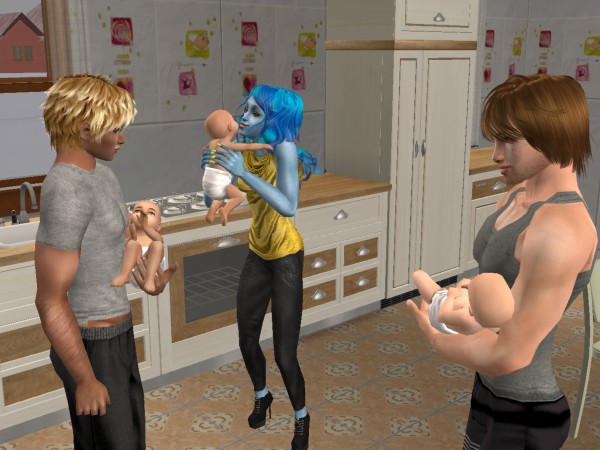 And she gave birth to triplets! Two boys and a girl. 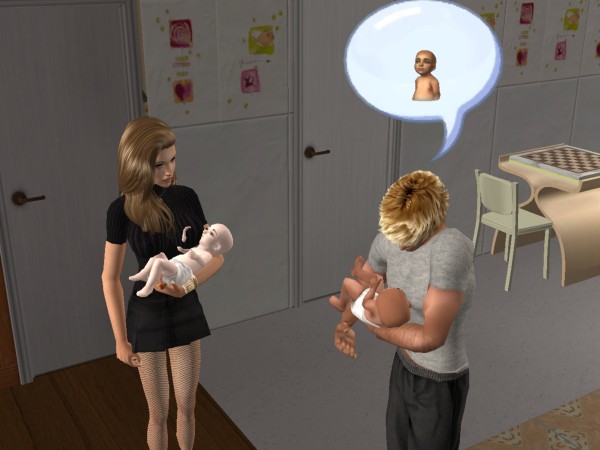 And then she gave birth to twin daughters.

Some quick remodeling was required to extend the nursery. 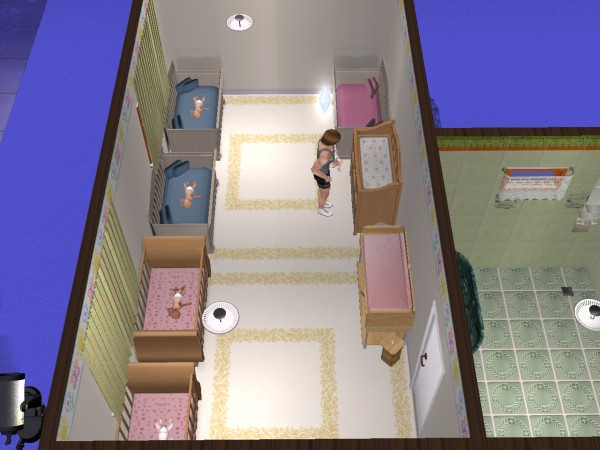 Needless to say, the next rotation with the Fredericks will take some effort with FIVE new little ones to take care of.
Hanson is holding one while the other four are (for now) resting quietly.
All of my Conversions, Creations and Stories may be found here:
HobbesED's Conversions and Creations
My most recently shared items (with pictures) may also be found here:
HobbesED's Dreamwidth

Big crop of college students, with Mitchella Curious, Tina Traveller, the Newson twins, and Tommy Ottomas all arriving at about the same time, along with three townie teens who became connected in some way. This is on top of Sharla Ottomas, the middle Newsons, Juan Smith, Isaiah Gavigan, the Freshmen household (because for a little while I only had the two Greek households and that's not good enough), and miscellaneous dormies who got into the Greeks. Things are very eventful, with Sharla, Gabriella, and two ex-dormies being inducted into the Secret Society, Juan and Gabriella getting engaged, Sharla (a senior) getting engaged to Isaiah (a freshman), Ty getting engaged to a Romance ex-dormie, Georgia talking Tommy into bed as her first act as a legal adult, and Juan and Isaiah beating each other up when uncontrollable, even though their teen rivalry over Gabriella should have been settled by recent events.
Ugly is in the heart of the beholder.
(My simblr isSim Media Res . Widespot,Widespot RFD: The Subhood, and Land Grant University are all available here. In case you care.)
TadOlson

I've had another Riverview City building session setting up some objects at the service center and testing new CC on the home lot before setting up the pillar.
TadOlson's Blog
AnMal
Lab Assistant
#6159

Eva and Balder Ligne De Temps had a sort of difficult round. It started out all rosy, two of their five businesses were level ten and they were well onn their way with the other three - so I decided to give them a bit more fo a challenge and sold and rebought one of the level ten businesses so they'd have to work a bit more on that one (it's the perfumes-and-garden-gnomes store, I really enjoy playing sort of whacky combinations like that). But the next thing that happened was that someone started a fire on their gym and since the fire alarm had been accidentally deleted when a wall was torn down, it ended really badly, wiith the whole lot burned down. It's even possible that there were casuaties, I seem to be missing two neutral witches. The Ligne De Temps couple started from scratch, on a new lot, but the new gym totally lacks whatever was the big pull of the old one, it seems. Also, Balder has caught the attentions of a stalker. Tiffany Zarubin (aka Garden club lady) is one of the many old ladies who think Balder is all that, but unlike the others she doesn't pine for him insilence, no she has to try and kiss him all the time - he rejects all the time too and they are deep in minus now, but that doesn't make her give up, oh no, she's followed him through locked doors into the hot tub when he was gonna join his wife for some couple time, she's tried to hug him, she stands uncomfortably close and stares at him when he does his tai chi.

The delancys had it easier, Rose is one step away from (hopefully) topping her career, she got a big bonus and she had some dream dates. She has been able to expand her boutique and will hire an employee next round. December Delancy spent her time collecting skill points from outings and having dreamdates with her girlfriend Joline Acquafredda. She has now left for university and just because of their cuteness as a teen couple, I caved in and decided to let Joline follow her.
Back to top