Find all my old MTS Uploads, on my SFS, And all new uploads Here . :)
lilyeverlasting

My gen 1 farming sim, Posey Willowbottom, introducing her son Auggie to the wonders of nature and farming, by gifting him with his very first seedling (a pumpkin!). Which they plant together. Auggie learns that one day, Willow Hollow will be his to take care of.

You can spy on my sims on tumblr @ejsims
venusking

Immanuel Gavigan takes after his father Isaiah. He is a romance sim and has problems staying faithful to his wife. He watched his father have several affairs. When caught, his mother would be furious for awhile but she always seemed to get over it. So, while his wife Galactica tended to the baby, Immanuel had a little fun in the hot tub with another woman. I guess Galactica was looking out of the window because she ran outside and yelled at him, much like his mother yelled at his father in these situations. What he didn't expect, though, was his wife attacking the woman. 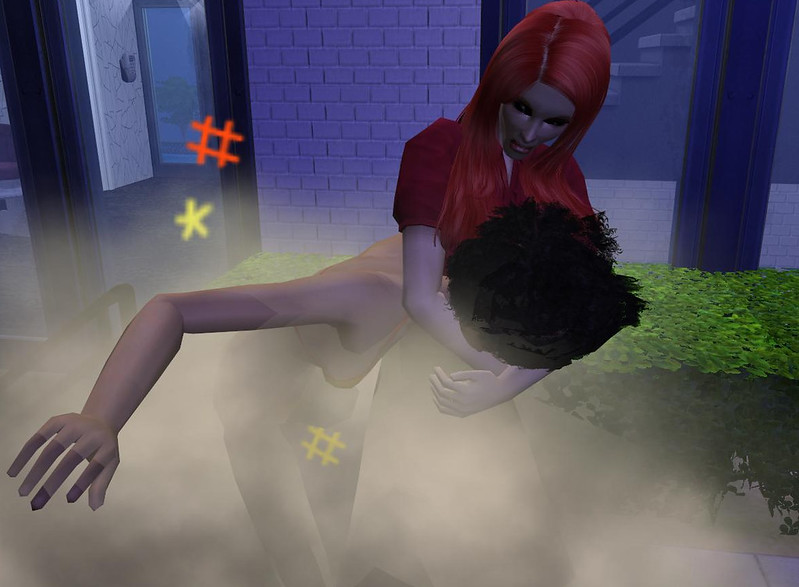 One might think he learned his lesson, but as soon as Galactica feel asleep, he started hitting on another guest. 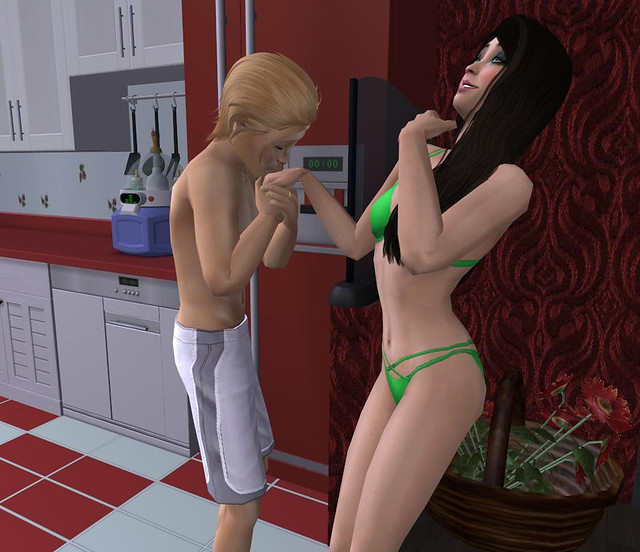 Galactica was so furious, she wouldn't allow him to sleep in the same bed with her. At this point, he remembered how his father got out of these situations. 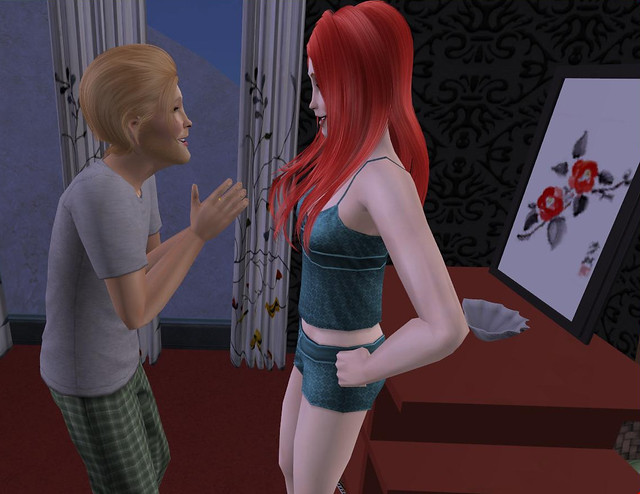 He was relieved when his wife seemed to have forgiven him the next day. She even made him dinner, just for him. He was quite smug as he ate...until he remembered the suspicious drowning death of his father. Suddenly he realized that his food tasted a bit funny, but it was too late - he had already eaten half of it. 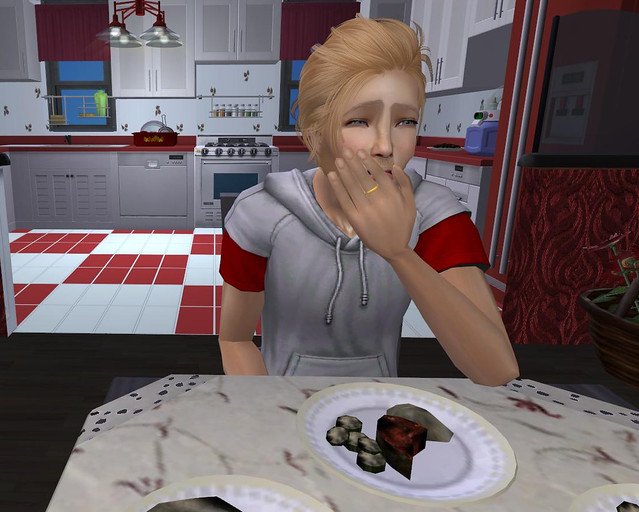 Funny how history repeats itself.
Rosawyn

A short story from the Mysterious Neighborhood of Sedona...
(Ronan is the Garden Club guy.)

Would have loved CAPTIONS; my imagination isn't good enough to figure out the story. But I DO love those guys!
Namaste... or "go"
Rosawyn

Quote:
I thought it was pretty clear what was going on, but since you got two agrees, I guess other people couldn't figure it out either.

Sorry. Aaron scopes the room, decides Ronan is the hottest one present, and rolls a want to talk to him. I tell Aaron to brag to Ronan, and Ronan isn't impressed.
SummerGlau

I'm up for the challenge 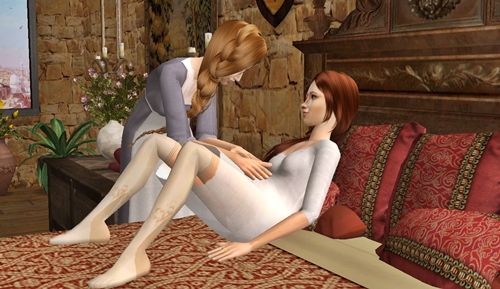 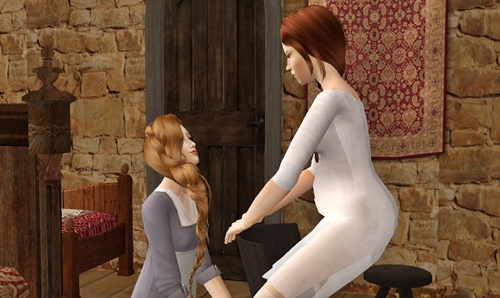 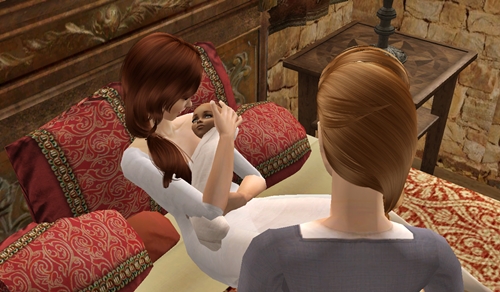 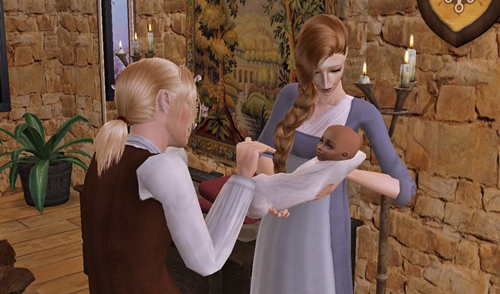 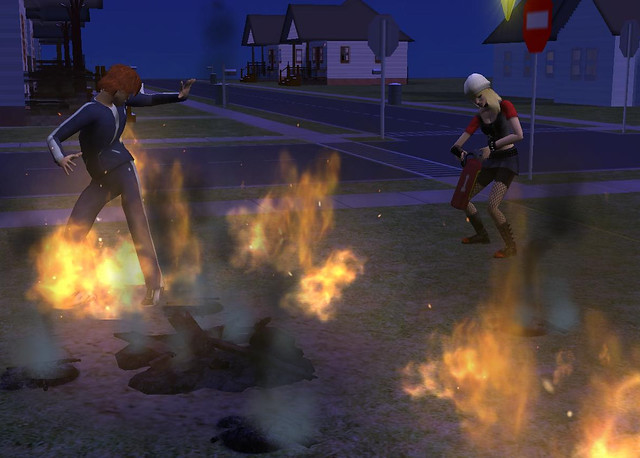 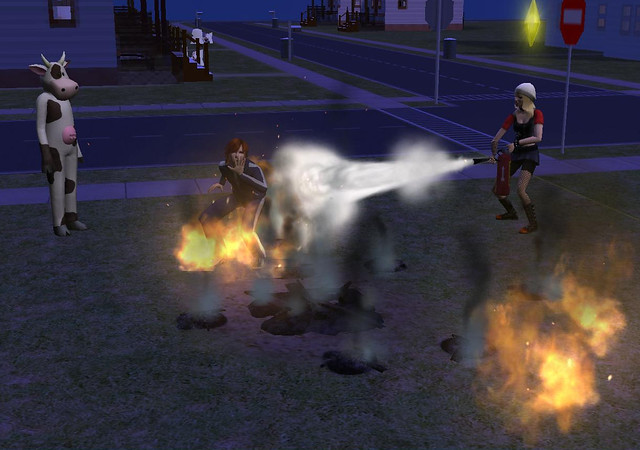 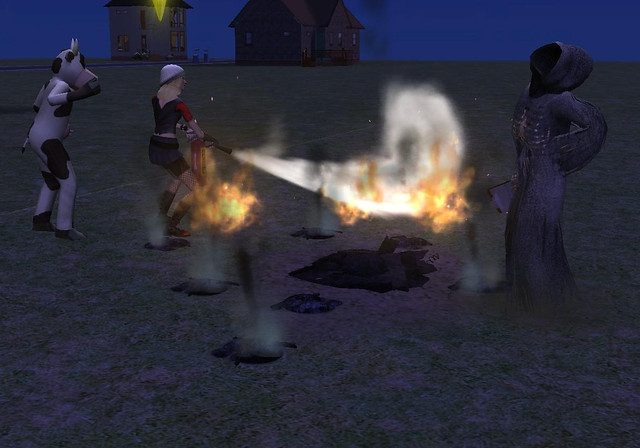 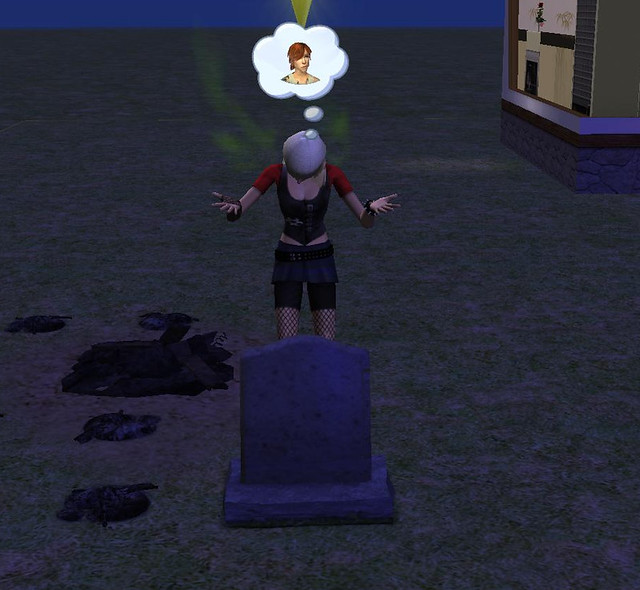 Oh dear, poor Jonah.
I no longer come over to MTS very often but if you would like to ask me a question then you can find me on tumblr or my own site tflc. TFLC has an archive of all my CC downloads.
I'm here on tumblr and my site, tflc
Rosawyn 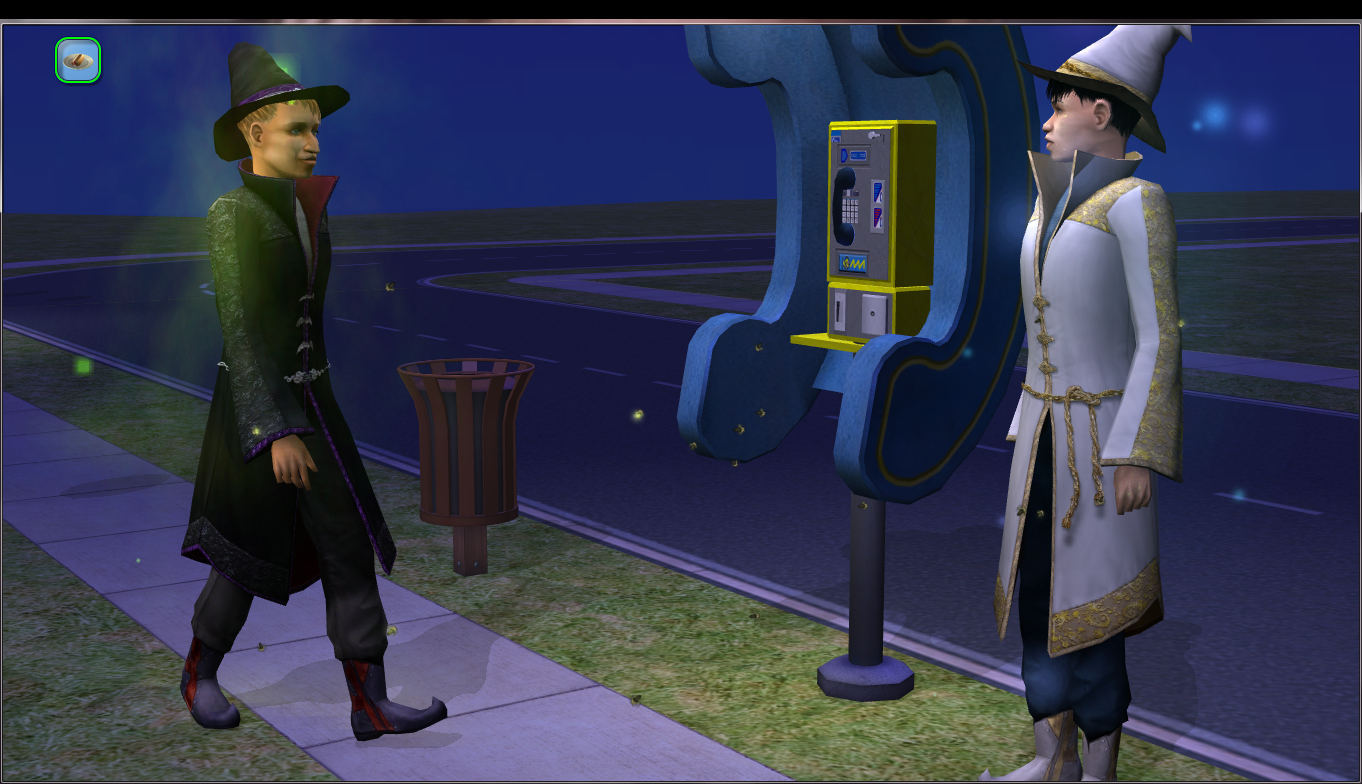 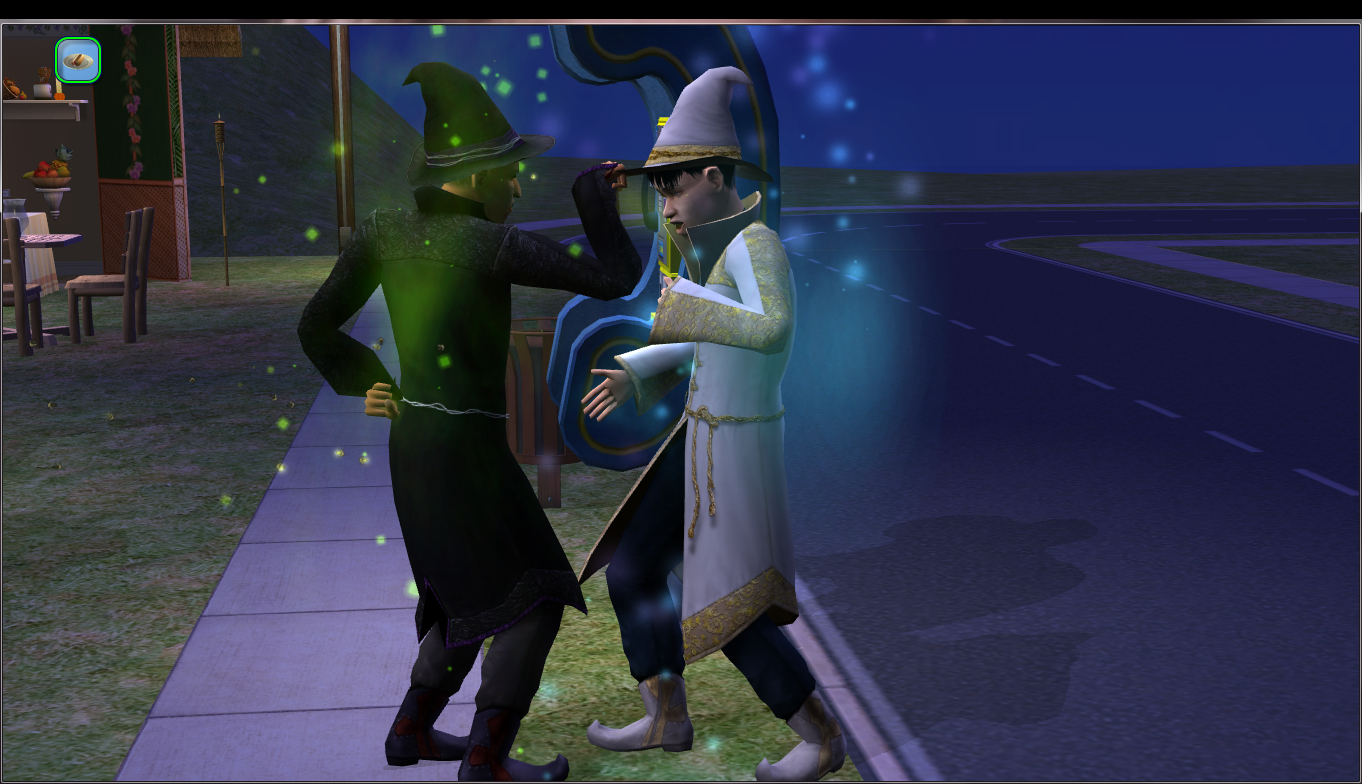 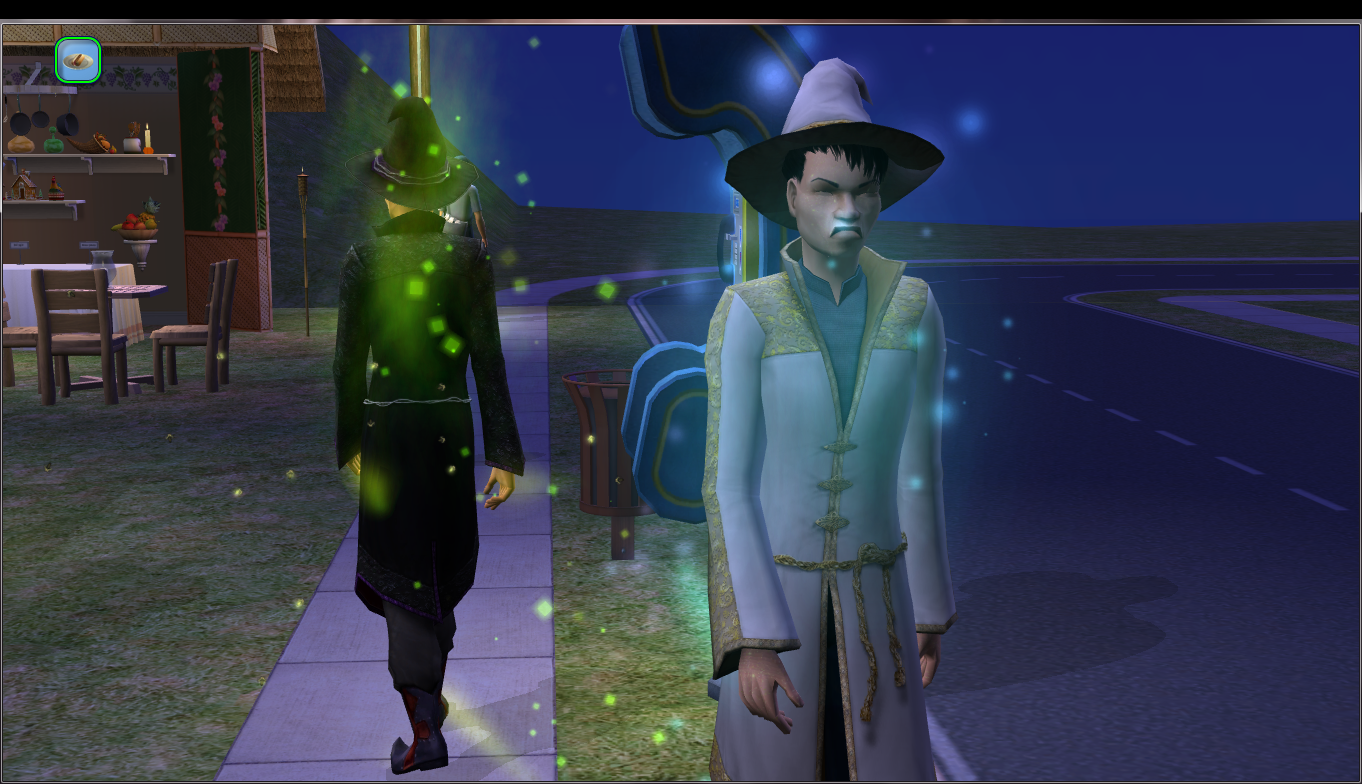 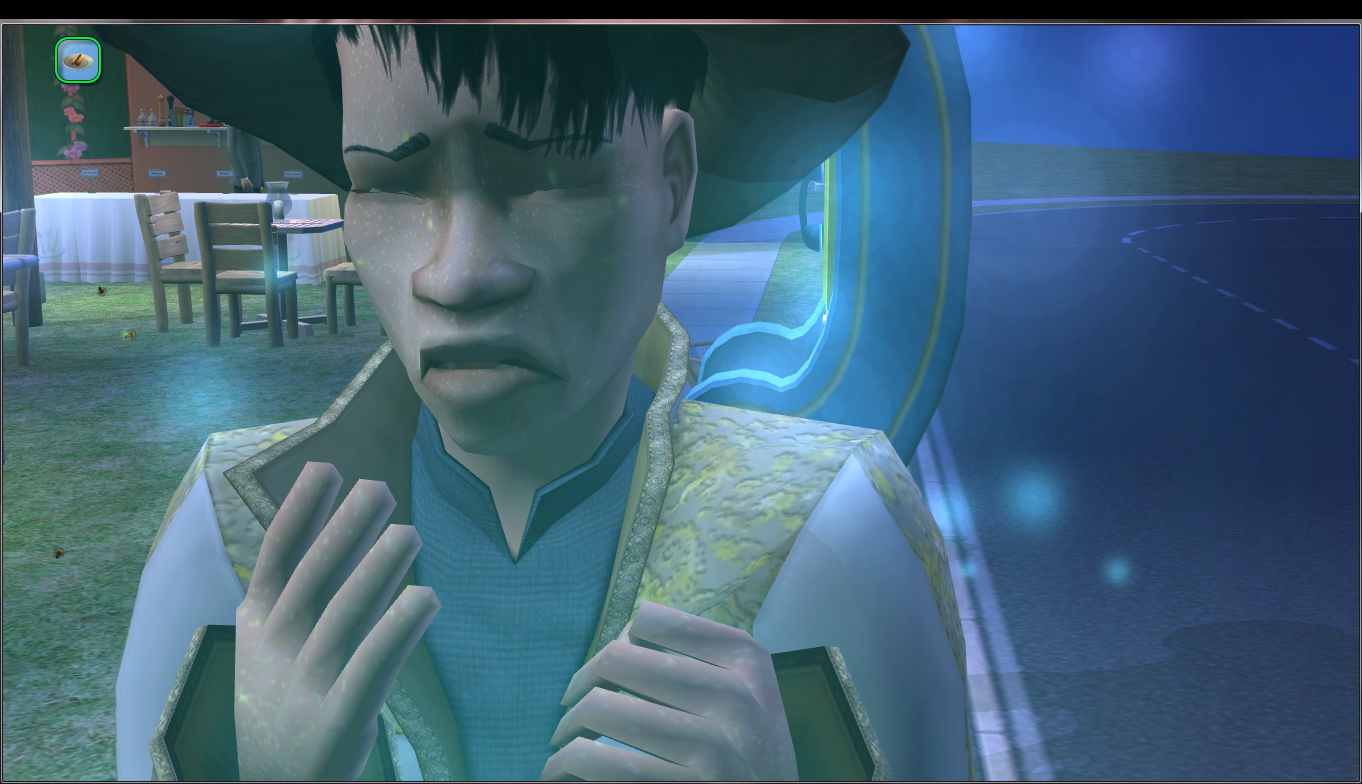 Miranda Capp was killed by the flu 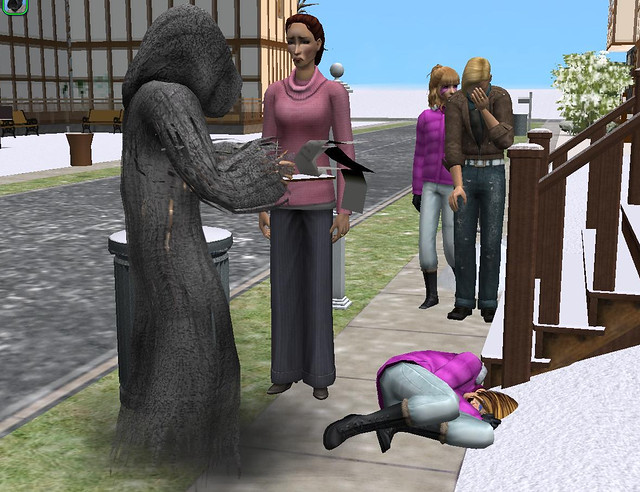 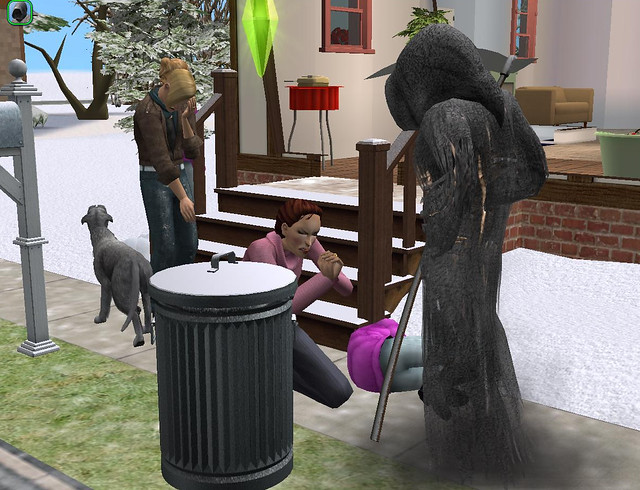 She beat the reaper at his own game and was able to save Miranda's life! 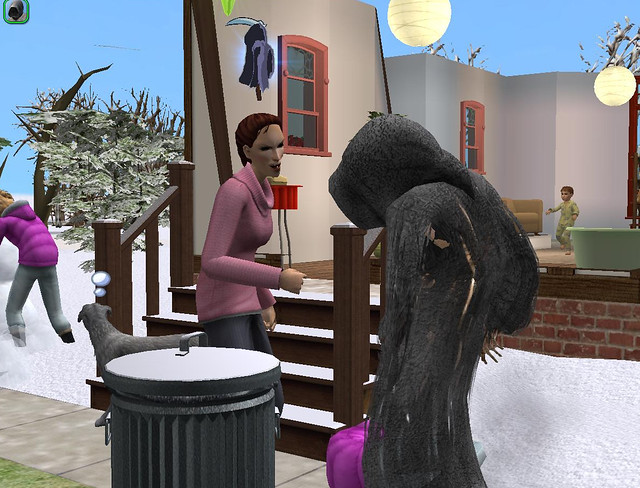 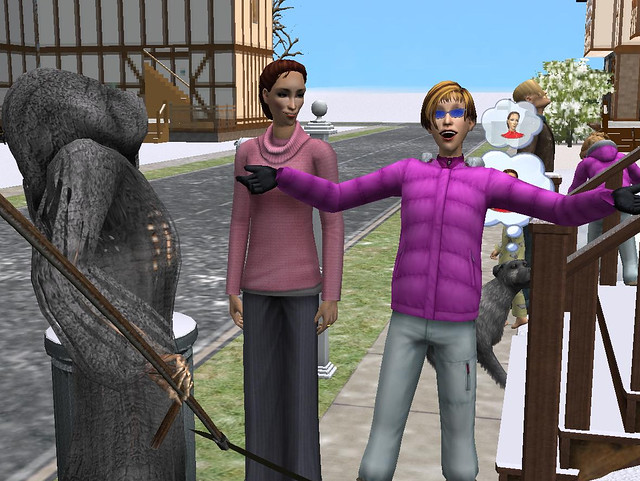 I love Goneril's face in the end photo, you can see the love for Miranda in her face. Sweet!
RoxEllen1965

"OMG that cute guy from school is here! I'll just turn up the charm and get a little flirty!" 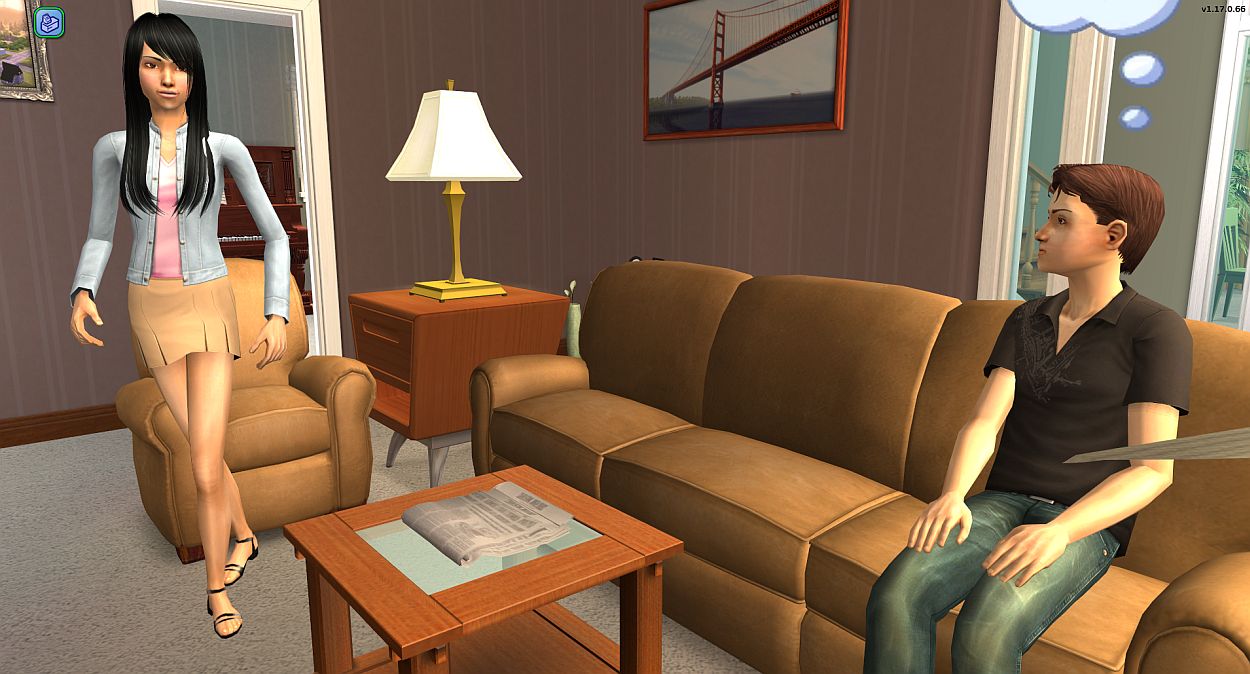 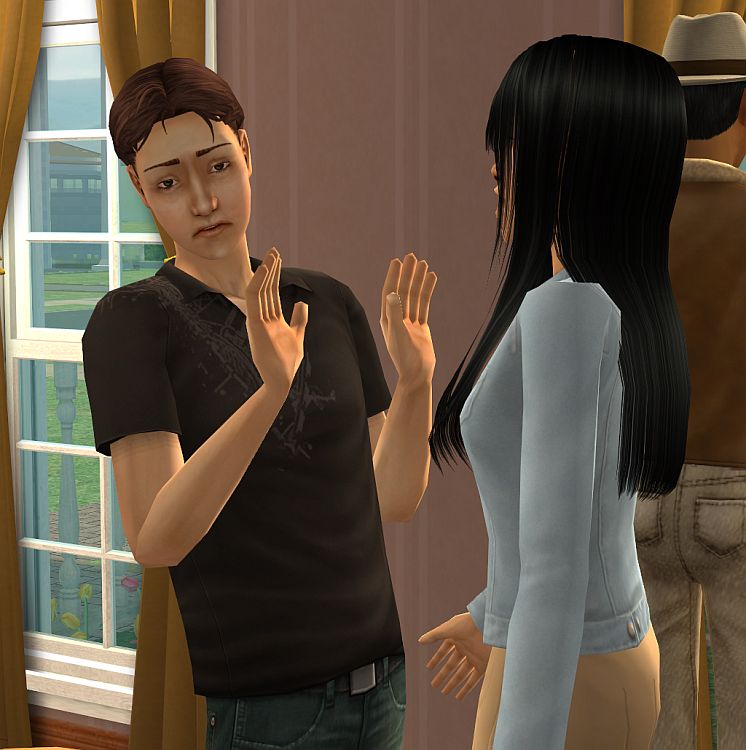 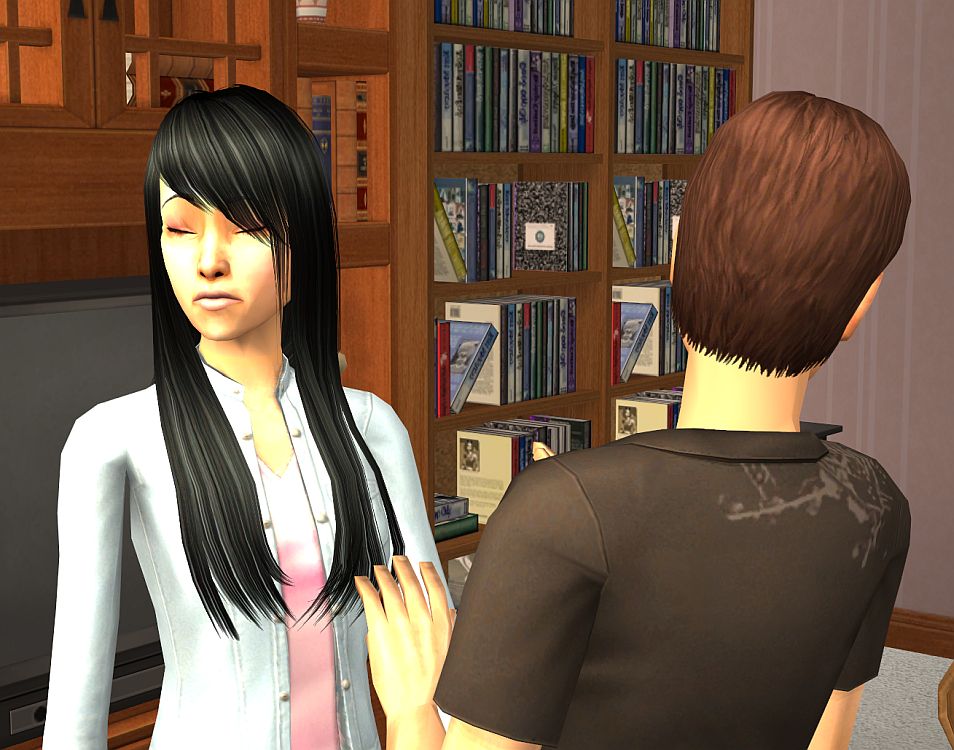 "OMG I'm so embarassed! He must think I'm a totally desperate loser!" 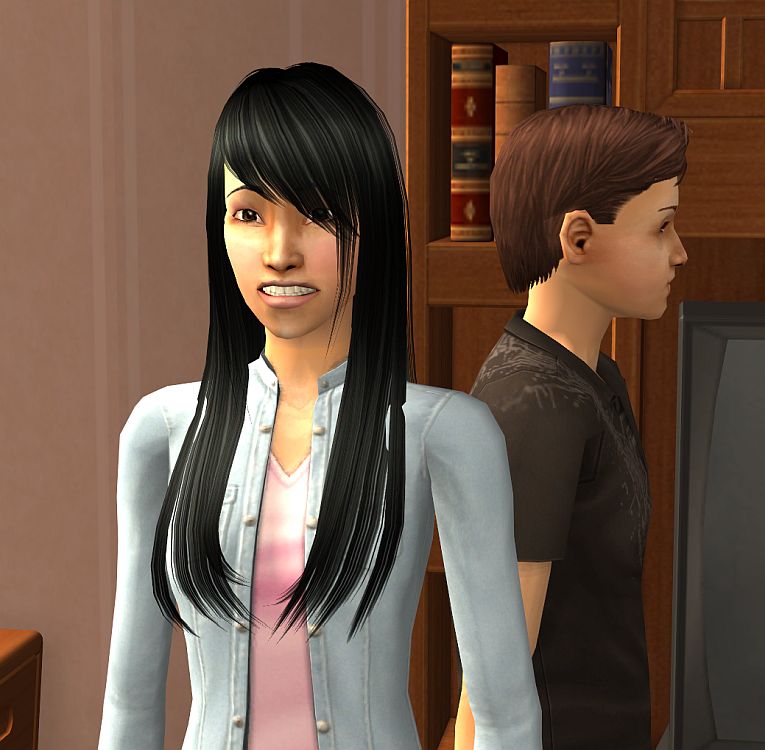 In the Twisted version of Strangetown I was going to let the Beakers get pregnant, let ACR go randomly, then play them without control. First I let Nervous move out, then this developed:
Circe & Loki had already had abduction babies (I caused), and were pregnant again (all THEIR fault!). I took pity and had them get a nanny. Circe decided to make dinner for himself and Circe; he managed to have triplets before the kitchen went up in flames. (wish I could put text with each pic, but I can't)
Instead of doing the fire-dance, Loki and the sitter grabbed up toddlers and babies and took them outside (they managed 3 of the 4 babies, but only 1 of the toddlers)
Somehow Loki managed to get to the mail box - with his PANTS on fire! The brave (stupid?) nanny picked up a baby from his feet - and than went back to the burning kitchen to feed it! Where she is repulsed by a poopy baby, puts the one she had on the burning floor, and runs outside.
Wait...the nanny is running away with a baby!? No, it's a passing zombie who picked up a baby by the mail box and walked away with it! I had Circe call the fire department (she was safely upstairs). She kept going to bed, jumping up because she was starving, peeing herself, and passing out. Such a card! The fire was out and the nanny was taking out the trash - and burst into flames. Just because. One more nanny grave.
Speaking of graves... see some more of story in "random pictures"..
Namaste... or "go"
Back to top