Quote:
There is no uproar; it is just EA doing their sleazy things.  There is no shortage of stories about this, you could look them up yourself.

This 'problem' as it were is not new.

The lawsuit that is mentioned in EA's statement above happened in November of last year.

EA seems to thrive on spending lots of money on these types of patents.  Problems with this go back to 2017.  If anybody thinks EA spends all of this cash on patents which they are never going to use, I've got a bridge for sale.

Screenshot below was taken from the following article...  https://www.eurogamer.net/articles/...es-arent-rigged

A bit suspect for something they never use, never mind the fact that FIFA is already a pay to win , I mean game.
SneakyWingPhoenix

EA would NEVER do such things. It's just a single mistake bruh.
P.S. Sorry for my bad english.
Gargoyle Cat
Mad Poster
#428

Yup, EA's way.  They do these things intentionally, but once they are caught, it is a mistake that they will repeat over and over again.

Not only did Android Wilson show himself for what he is ( a liar) but they also apparently rub elbows with people in the CA court system.  It took me less than 30 minutes to show that EA already does these things, but I guess the court just didn't have time to check things out for themselves in November.

I absolutely LOATHE adaptive difficulty. Believe it or not, there are a ton of games with adaptive difficulty. Resident Evil 4 is infamous for having this feature. If you play really well and have really accurate aim, the game will increase its difficulty without telling you. Conversely, if you die too many times or miss too many shots, the game will become easier. This adaptive difficulty disregards the setting chosen before and once the game reduces or increases your difficulty there's no going back. I believe difficulty should always be a player choice. Some people may choose a difficulty too hard or too easy for them, but that's THEIR choice. Player agency is paramount in good video games.
Gargoyle Cat
Mad Poster
#430

Quote:
I have zero doubt that this is in a lot of games. What gets me is EA tried yet again to pull a fast one and was called out on it. Then as of yesterday, I found out they lied about it in court.

EA is beyond even pretending of trying to do anything in good faith at this point.  They speak from their mouths and butts at the same time. This of course is not news, they just continue to confirm this fact.
mithrak_nl
Scholar
#431

It still baffles me that methods in software can be patented. It is very unlikely that only one person in the world comes up with a certain solution to deal with a problem. It is like getting a patent for painting walls left handed. The abstractization in software also makes it almost impossible to determine what exactly the patent covers. This always comes down to legal debate where no one is sure who will win beforehand. A very expensive battle.

I mean how can you even risk using a solution that might be kind of similar in a way to a patent without having serious legal backing as a company? I wonder how often big companies just buy a license to prevent potential expensive legal costs. And how many start up companies go out of their way to use a very different solution in their software because they don't have the money or time to be busy with legal battles? I'm convinced that it hinders innovation in software development.

These kind of patents only benefit lawyers imo, not developers. Patents should be about protecting an investment, not monetizing an idea that someone scribbled on a notepad during lunchtime.
Gargoyle Cat
Mad Poster
#432

Quote:
To patent any idea isn't cheap, but you may be on to something with the whole lawyer thing.

Here is the list of US patent fees:  https://www.uspto.gov/learning-and-...to-fee-schedule

Then there is the lawyer fees. They vary; depends on what a person is trying to patent. Software related patents cost $16,000 and beyond.  https://thervo.com/costs/how-much-does-a-patent-cost
Gargoyle Cat
Mad Poster
#433

I spent my morning on the phone with a garden variety of companies.  None of them felt need to dazzle me with their nonsense.  Every single conversation was pleasant and polite.  No chest-thumping or beating of drums, it was nice.

Is there a bottom to the pit, that is the question.
Gargoyle Cat
Mad Poster
#434

And people continue to get mad at me when I say TS4 is NOT the bread winner for EA...

Wilson is going to be chairman and CEO? That's gross nor is it supposed to be that way.
ElaineNualla

How long will it be before Maxis stuffs messaging of 'converting' into TS4?
yaohui

Buuh, I wish they had stolen the sims source code.
dikosay

It would've taken them a year to untangle it if they had've.
People seldom do what they believe in. They do what is convenient, then repent. - Bob Dylan
DeservedCriticism
Instructor
#440

I happened across this comment for why Simulation lag occurs: 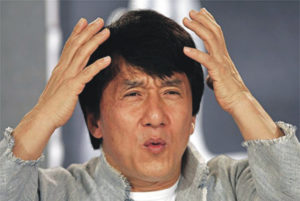 I will never understand this team.
Mspigglypooh

I'm not telling you what to do, but I would take these lists with a chunk of salt. The reason I say that is A) There has been rumors about TS5 coming out for the past 4 years. Maybe one of these days people on places like 4Chan, Reddit, ect... will be right, but one can only cry wolf so many times. B) "They have been talking about it for a few years". Who is they? Is this the same mysterious 'they' my doctor always refers to when he wants me to agree with him, but never reveals who these people are? LOL It hasn't been Maxis or EA, so unless this person is going to give a name to the group of people he's talking about, I wouldn't put much behind what is being said.
DeservedCriticism
Instructor
#443

What makes you say that?
DeservedCriticism
Instructor
#445

Because unfortunately some of the most seemingly unbelievable rumors often turn out to be true. I remember when FO4's premise leaked and it was very quickly laughed off as "Kotaku being Kotaku" and "Bethesda is bad, but they're not THAT bad." Fast forward to release and the jumpsuits + opening sequence were looking very familiar....

Plus, it's not that outlandish tbh. The Sims Team is wildly uncreative, and if we ask ourselves what pack ideas are left, I can name:

The problem is every single one of these requires talented scripters/coders, so they're sure as hell gonna be reluctant to touch it. Meanwhile, they're so uncreative that honestly, as much as they love lazy locational-based EPs, I do have enough doubt in their creativity that now that we have "BEACH" and "MOUNTAINS," I sincerely wonder if they're capable of recognizing the hundreds of other possible vacation destinations.

tl;dr I'm sure they're out of ideas, so they're ready to jump ship. It aligns with the standard lifeline of a Sims Game (would mean the game isn't living tooooo much longer compared to 3), it aligns decently with the timeline of wanted ads we saw for Sims 5, and their attitude lately suggests they're indeed out of ideas. I mean look at the last survey: it was basically the Haunted theme vs. Knitting, and then when Knitting won, what's the next pack concept....? Yep. Paranormal. They're totally out of ideas and grabbing anything people suggest, but slowly but surely, all the suggestions are "get off your ass and work," so we can't have that. Time to euthenize Sims 4 if it means they don't have to work.

But yeah we'll see. Not saying 100% for sure it'll be announced, just saying it doesn't seem farfetched and I myself am - based on experience with rumors in the past - very hesitant to just dismiss rumors unless something seems glaringly fake about them.
QueenMercy
Test Subject
#446

I know this is a minor thing, but it's really annoying that the price of Dream Home Decorator is $30 CAD like Journey to Batuu even though the USD price didn't go up like with that one.
Gargoyle Cat
Mad Poster
#447

We'll see. I didn't say it wasn't happening, but I am tired of the endless "TS5 next year!" Year passes..."TS5 will be out next year!" Another year passes... Whatever. Most of these people that spout this stuff have no clue how fiscal years work which is how EA runs. According to EA's fiscal calender, it already is spring of 2022. EA / Maxis will announce something if and when there is something to announce.

If TS4 is coming to a close, it is a strange time to introduce a new type of pack or what are now called kits. Kits alone could keep TS4 around for years.
DeservedCriticism
Instructor
#448

Hey fun fact for you: the new EP releases the same exact date of EA Play, so it'd get out the door before the announcement that would hinder sales.

If that doesn't sound like scummy business practices, I dunno what does.

I am fairly certain 5 is in the works and coming, and it is just a matter of when? And what it will be? Who knows?
Inge Jones

One horse disagreer of the Apocalypse

I seem to remember an interview with one of them where they made oblique references to future directions for the sims games
"You can do refraction by raymarching through the depth buffer" (c. Reddeyfish 2017)
Back to top