Here's Jake and his man on the side (he has a husband... and a girlfriend...) Ambriel Adrienne (left) and Carla (right). They're recently married and look so darn cute together. Carla is currently on her second trimester of pregnancy as they're expecting their first child together.

Gazing into each other's eyes

And a surprise kiss on the cheek!

Happy Valentines Day to everyone! This is a typical shot of the sweet love of Tina and Viktor: making out on the bench before the campfire just outside their holiday home. Their heated love is still going strong. Even when I'm not around to control their lifes (f.e. busy with their children), the love birds are constantly busy with expressing their love for eachother via auto action: they kiss eachother on the cheeks, hugging, flirting, blowing kisses to eachother. Their love, sweeter than your average candy shop.
The gorgeous Tina (TS3) and here loving family available for download here.
cypher27 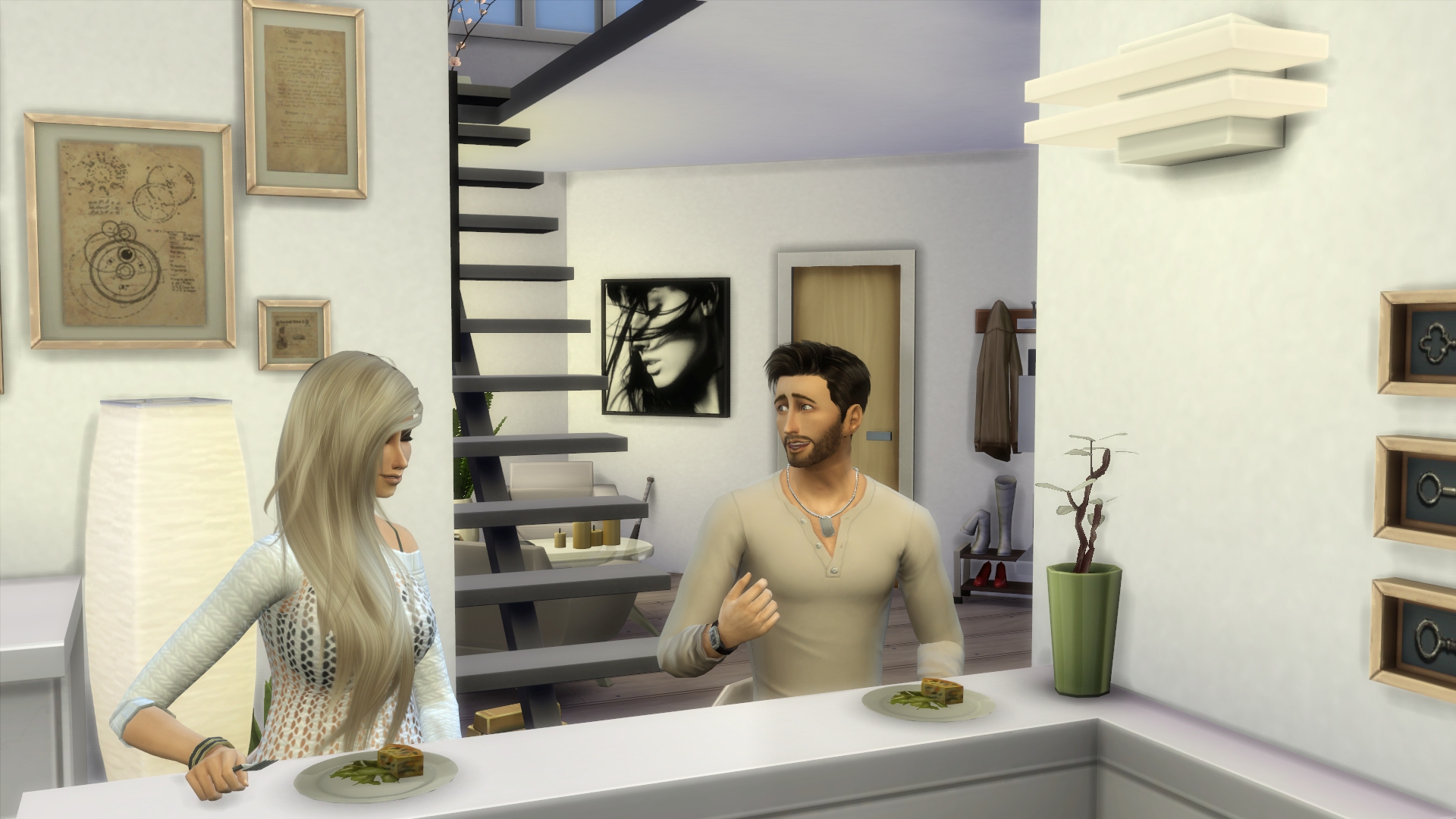 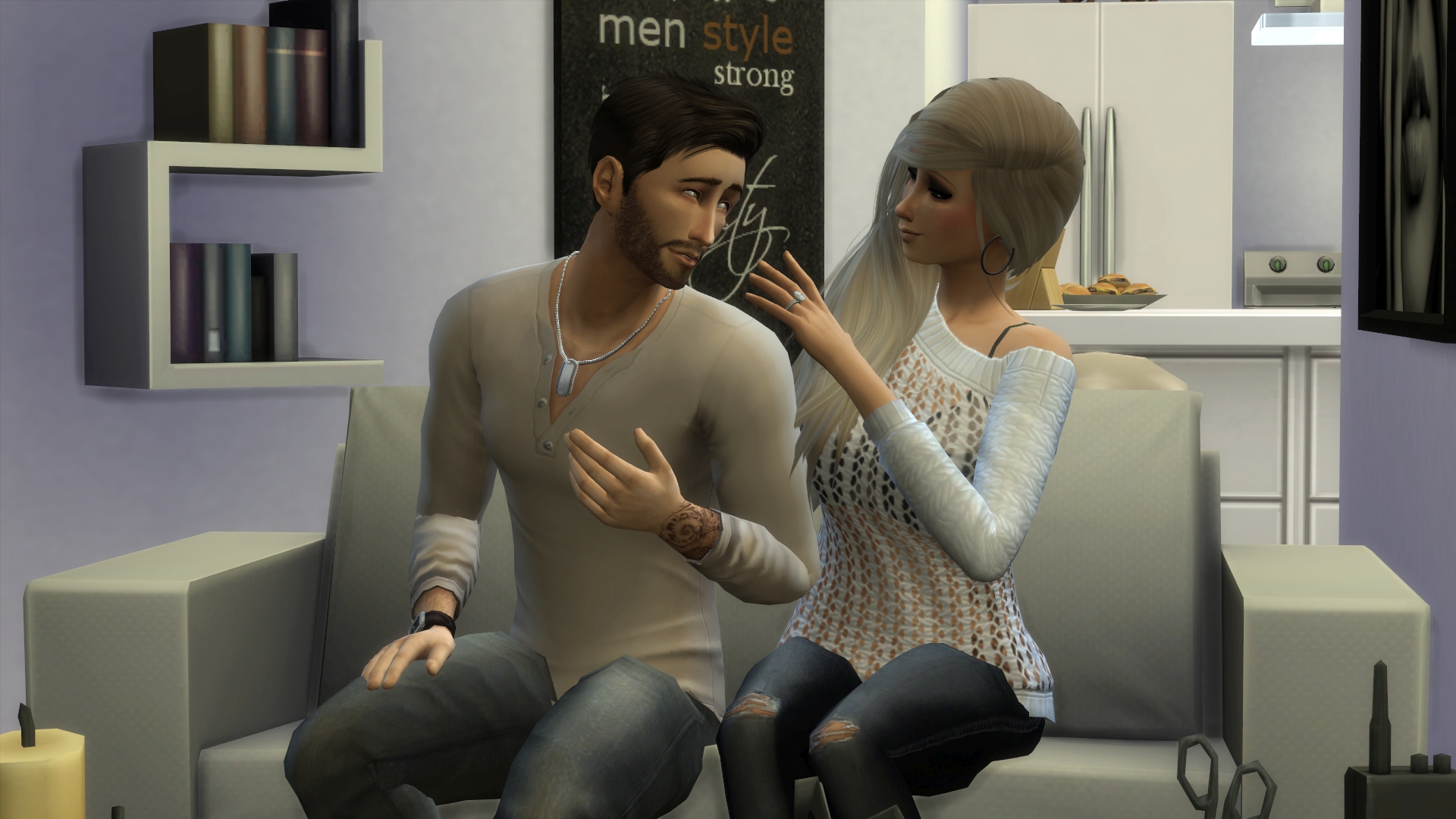 These two... I love them, they're so cute together.

This message has been deleted by Bronwynn.
pikeman101

This is my first time uploading photos, so they might not be right...

And their evil clones, Melanie Harper and Liam Warren (dating):

...as you can (hopefully) tell, I'm not great at taking Sims photos.
HEAVEN-SENT Whatever people consider to be normal, it never is.
My Simblr
My Youtube
Simxoxox

Their new house I just finished for them.

@88classic: Your sims are so cute! Well Aciere said something a little embarrassing to Terrance... Not sure what but he looks totally unamused

These are my sims that I recreated from The Sims 3. Long..and I mean long descendants of The Blings:

This message has been deleted by stellamoon87.
cypher27 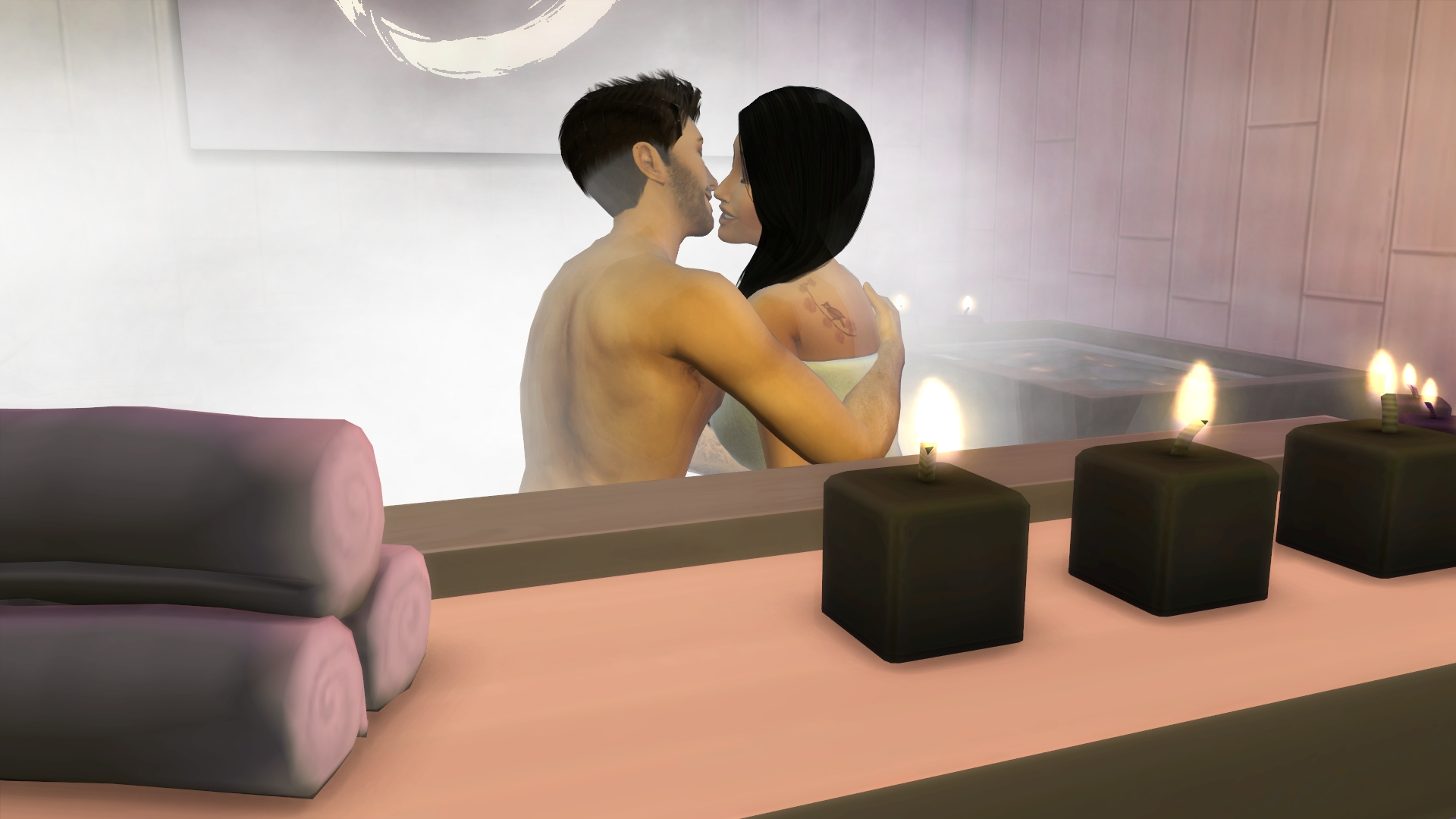 My sim is dating a random townie... Don't mind the clothes, townies generally have no taste whatsoever

This message has been deleted by Lyra74.
DrewInTheSky

Some pictures from my Tumblr... Sean Black and Luca Bianco! This message has been deleted by dreamprisoner.
Lyra74 I may have spent roughly ten to eleven hours playing today , so now Arielle is
happily married with two children (and the Sims 4 is growing on me...).

She married Jade Rosa, a pre-made Sim a few houses away from hers in Windenburg, after
meeting her on a night out down the pub. They hit it off right away and married just after they
both aged into adults. So now they are both Mrs Harper-Rosa and are very happy about it too.

Just after Arielle popped the question (at a very public birthday party), they headed for the nearest closet. But despite their very public displays of affection, they eloped just after they both aged into adults. "These drinks we're enjoying? Yeah, I made them." "I know Arielle, I know." And despite having been married for ages, they're still in their honeymoon phase... poor Aurora. Dean and Alicia on a lovely dinner date at the newest club in Oasis Springs.

And my new sims Roger Rich and his wife Eleanor, who is related to the Capp family from Sims 2.
They're enjoying their new pool while I'm busy building their tudor mansion. Pfft...

My sim has been pursuing this guy relentlessly all day, and it took a flirty party vibe for it to work~