My warlocks cauldron looked really odd in his modern apartment, so I wondered if newspapers underneath would help make it look a bit less out of place. Couldn't find any 4x4 newspaper rugs so quickly put one together myself. Thankfully the task wasn't too boring given all the funny headlines out there, and it turns out it's really in keeping with the comical style of the game, at least I thought so.

Wish I could be bothered to use in game images instead, but I just wanna get back to my warlock. 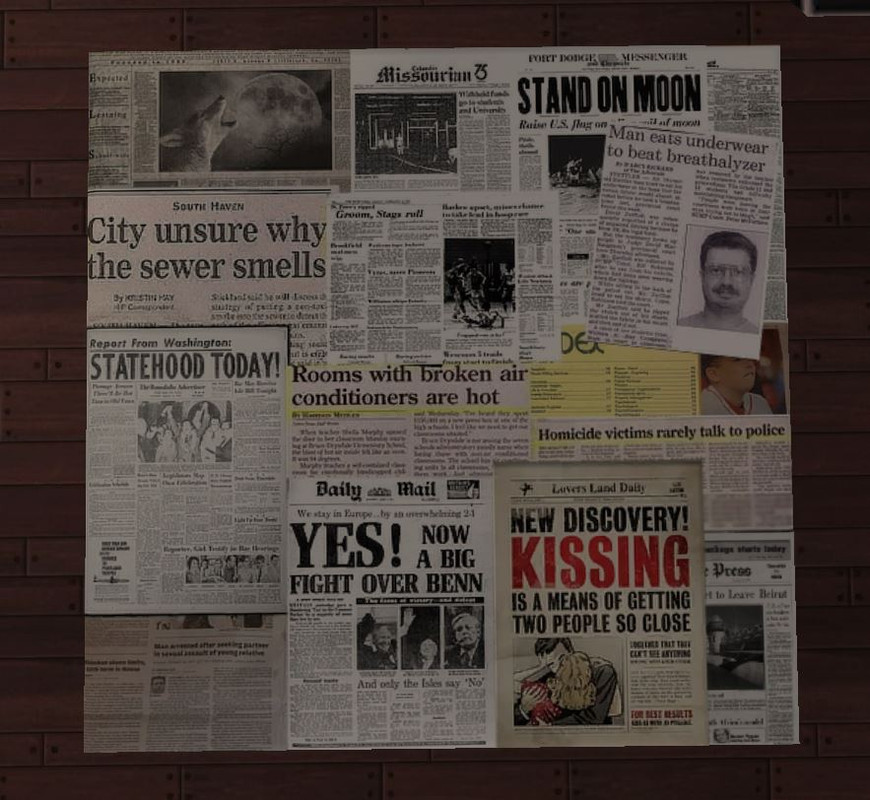 Truth will not fear scrutiny.

This is a custom hood I made with a few CAS families and (because I got bored to create more sims!) I'm playing the Maxis' premade college students to move them back in the main hood after they graduate. I had never thought about which sim would take Mortimer's place, as the sim who shoves other sims who use the telescope during the day, when it comes to custom hoods.
I was playing the Tri-Var Sorority household, when I noticed that Brittany Upsnott was using the telescope during the day so I canceled it and sent her to play the piano. She didn't have the time to reach the piano because Ashley Pitts barged in the room and started to shove her (screenshots 1, 2 and 3). She shoved him back but somewhere during the fight, he seems to have missed the... target (screenshot 4, "eyes up", Ashley,

). The thing is that these two have 2 attraction bolts for each other, so the whole fight could go to another direction. But later that day, Heather invited Ashley over and she asked him on a date, which put a strain on the relationship Brittany has with both Ashley and Heather. Ashley's behaviour doesn't make a lot of sense to me... He is a Romance sim in college, why would he be upset if a sorority girl "spies" on him with the telescope during the day? Especially when he is, also, attracted to her?

On a totally different note, Joshua Ruben kept walking back and forth outside the sorority and that fact worried me a bit at first but I forgot about it later with the fight and Heather's date, though, during the date, Joshua barged in, grabbed Tiffany Sampson and... they had their first kiss (screenshots 5 and 6). There's so much drama in college

From my custom 'hood, to upload soon! My sim, Angela (the curly-red-haired girl in pink in the corner), tried out a first date with her friend but for some reason it ended immediately when they got to the fancy restaurant. Hopefully nothing bad is going on that would cause that...

To my surprise, Angela's mom, and another playable sim seem to be hanging out. I rarely ever see NPCs on outings/dates together! 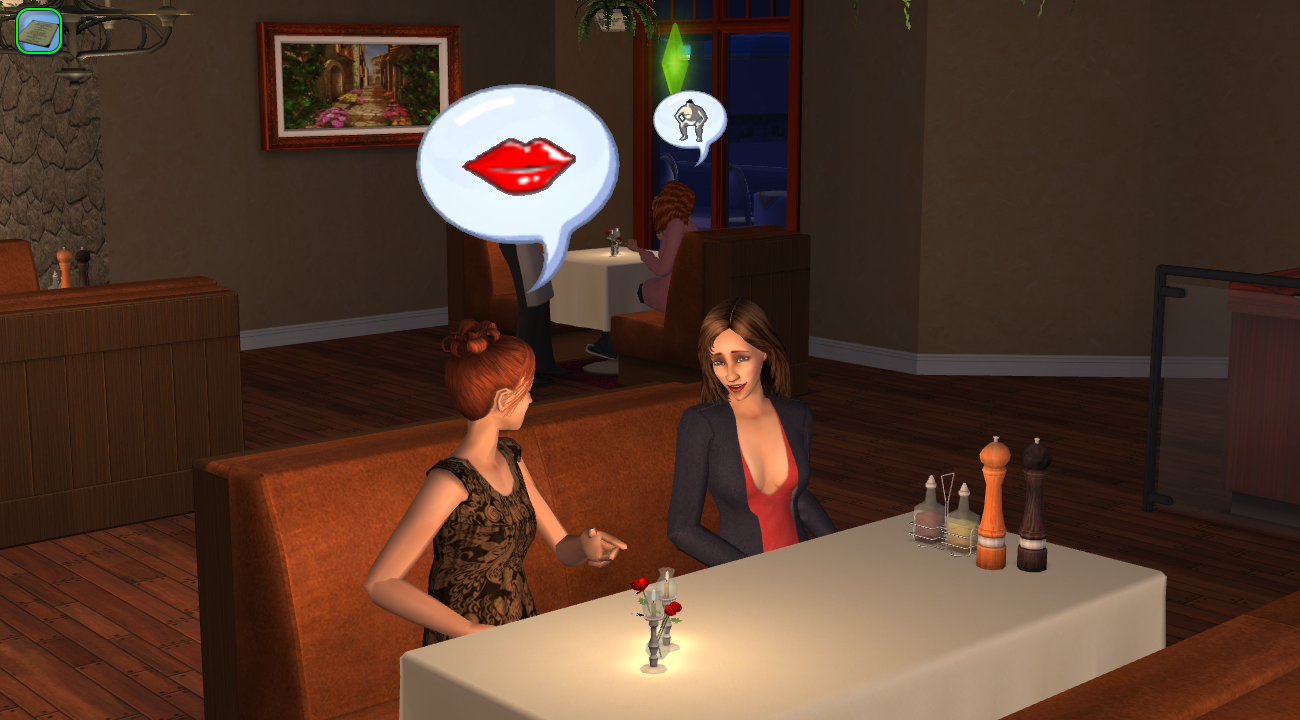 Looking at that speech bubble, I'm thinking it might be a date?

Funnily enough, they're pretty similar, both kind of flirty homewreckers. I never would have guessed,
Back to top