Other - How to unmess these clothing meshes I messed up?

How to unmess these clothing meshes I messed up?
Right, it's "Pi takes EA meshes and shifts around polygons until it looks half decent" season again. I'm keeping it simple this time, I need some suit jackets to be bigger, wider and taller. I work with Milkshape because it's the only thing that isn't broken, and that complicates things.

First, this suit jacket.
It's an '80s fit so I can't have it button up to the chest like the '00s fits that are default to the game. The jacket closes buttons up around the waist, maybe slightly higher, and goes on until about halfway across the upper legs. The latter part is easy; the former is not. Not with Milkshape, anyway. I've dragged the relevant polygons down in this case, but it's all wonky and ugly. The tie also kind of looks bad; the fit calls for a fairly skinny tie, again as compared to the ugly '00s suits of the base game. The ugly sloping shoulders need tweaks as well, but I can easily do that later on. How do I unfuck the fucky part of the mesh? 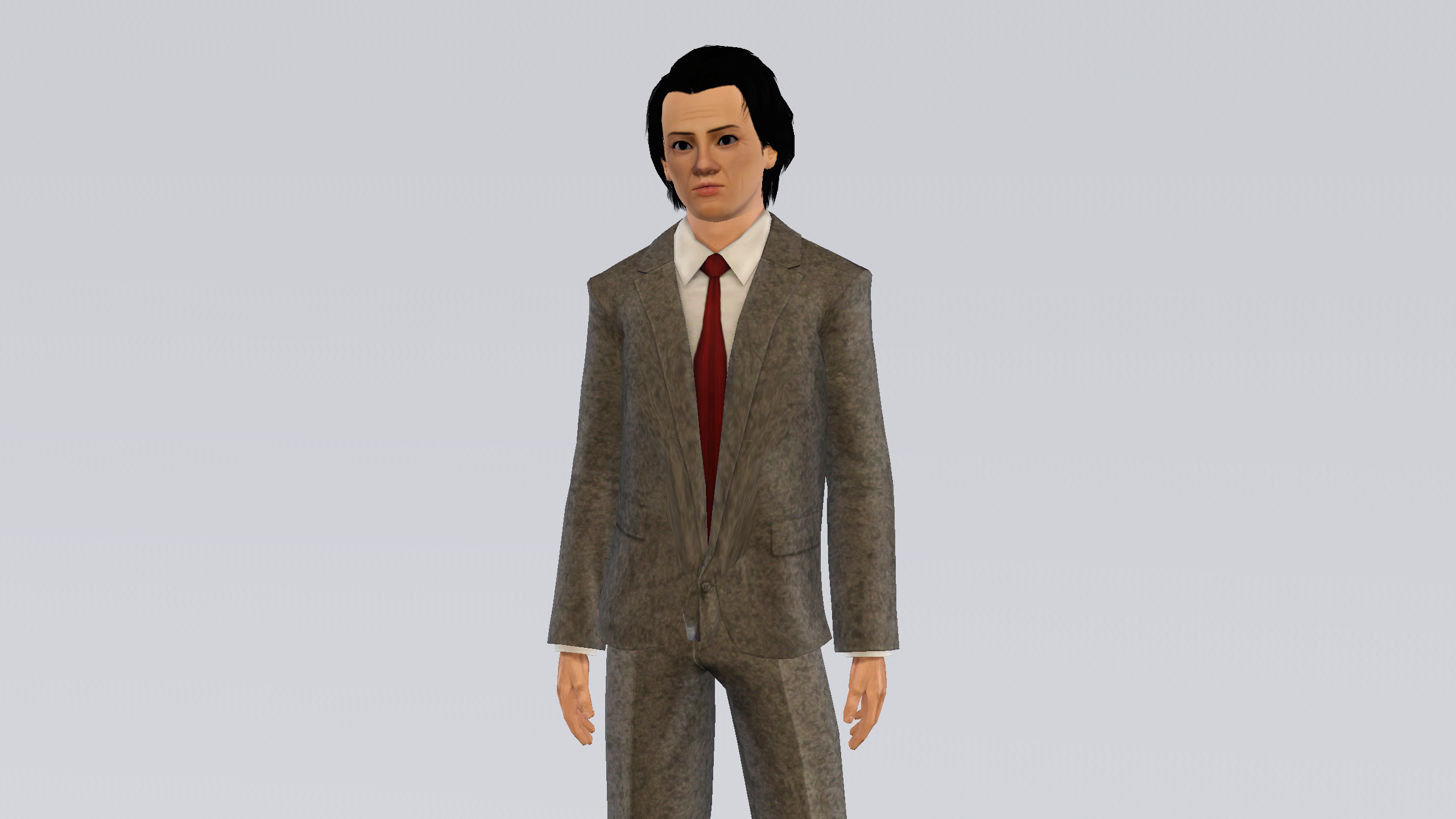 And the second, which may be more complicated.
It's an Island Paradise top which consists of a normal-length sheer blouse and a weird, vaguely bolero-like jacket. It's double-breasted though and looks pretty good when turned into a full blazer. Problem is, this stretches the textures out horribly. What I'm wondering here is, can I just create more space for textures on the texture maps and align the UV map accordingly? There's extra fabric involved here, compared to the original, and I assume that means I will need significantly more space for textures. My second issue is not so much an issue as a quick fix; I need to pull a row of polygons back so the jacket doesn't clip through her butt. 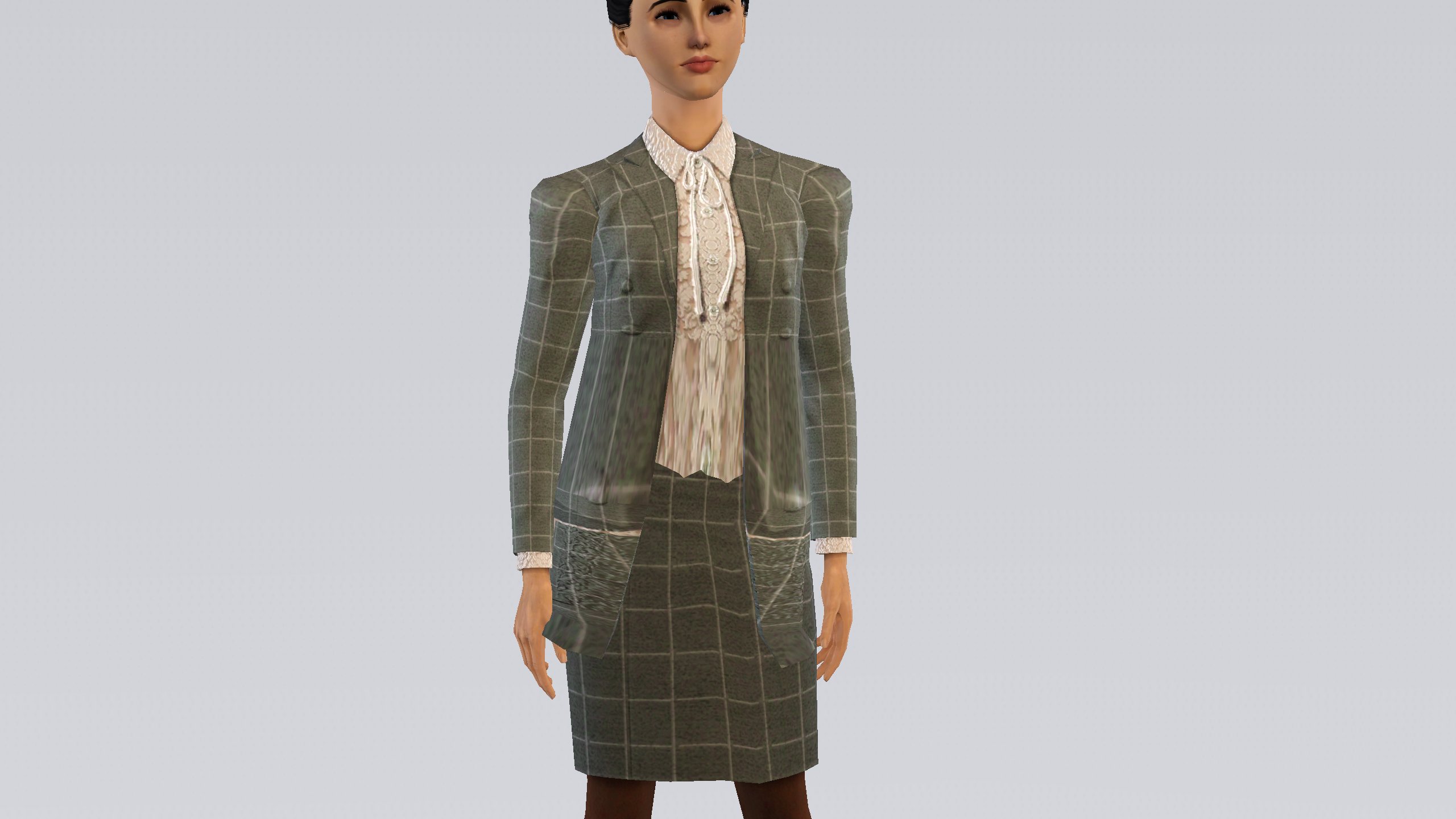 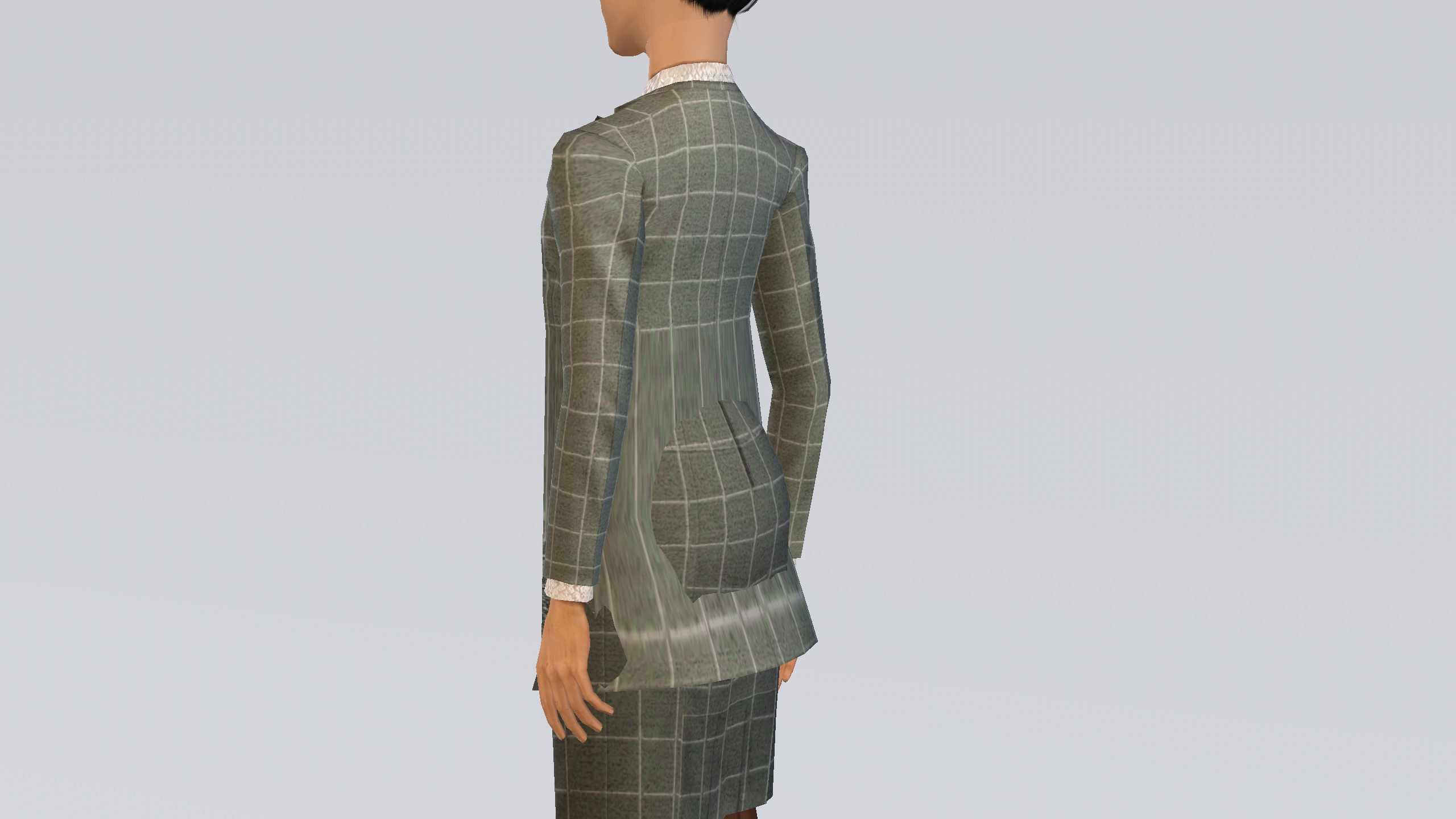 Thanks
Hypocrisy is only okay if I do it.
( Join my dumb Discord server if you're into the whole procrastination thing. But like, maybe tomorrow. )
Back to top