Rabbit Hole Replacement: Gooder Public School (Showtime)
I have always been annoyed with EA's Rabbit Holes and have always wanted to be able to explore inside them. After finding the Ultimate Careers mod, I have been finding myself replacing at least one Rabbit Hole with a custom build in each town/save I play. An issue I ALWAYS run into is the design and layout of the structure. I have never been in many of the rabbit hole's real-life counterparts before, so I really have no idea what they tend to look like or how they tend to be laid out. I have been in plenty of schools, but none will fit on the 4096 square meter lots we have in the game.

The other day, I started a new game on the Sao Paten map, which seems to have two schools. One of them makes use of the Gooder Public School rabbit hole building object. I have seen this object in many maps and have always liked the way it looks on the outside. I have always tried to imagine which room would be where in this rather large school.
Yesterday, I started a little project which involved moving the building off to the side (under a nearby highway, using moveobjects) and using it as a guide for a new, custom building to go in it's place. This is what I have so far:
Original Rabbit Hole Building: 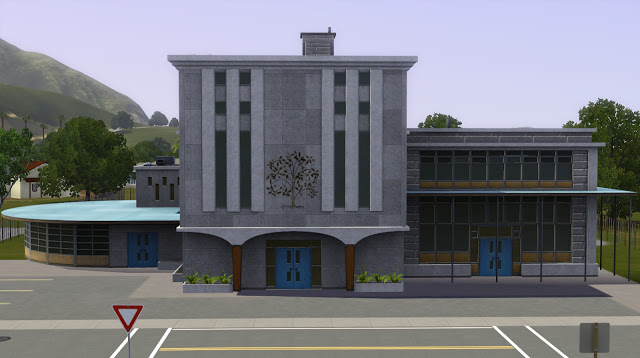 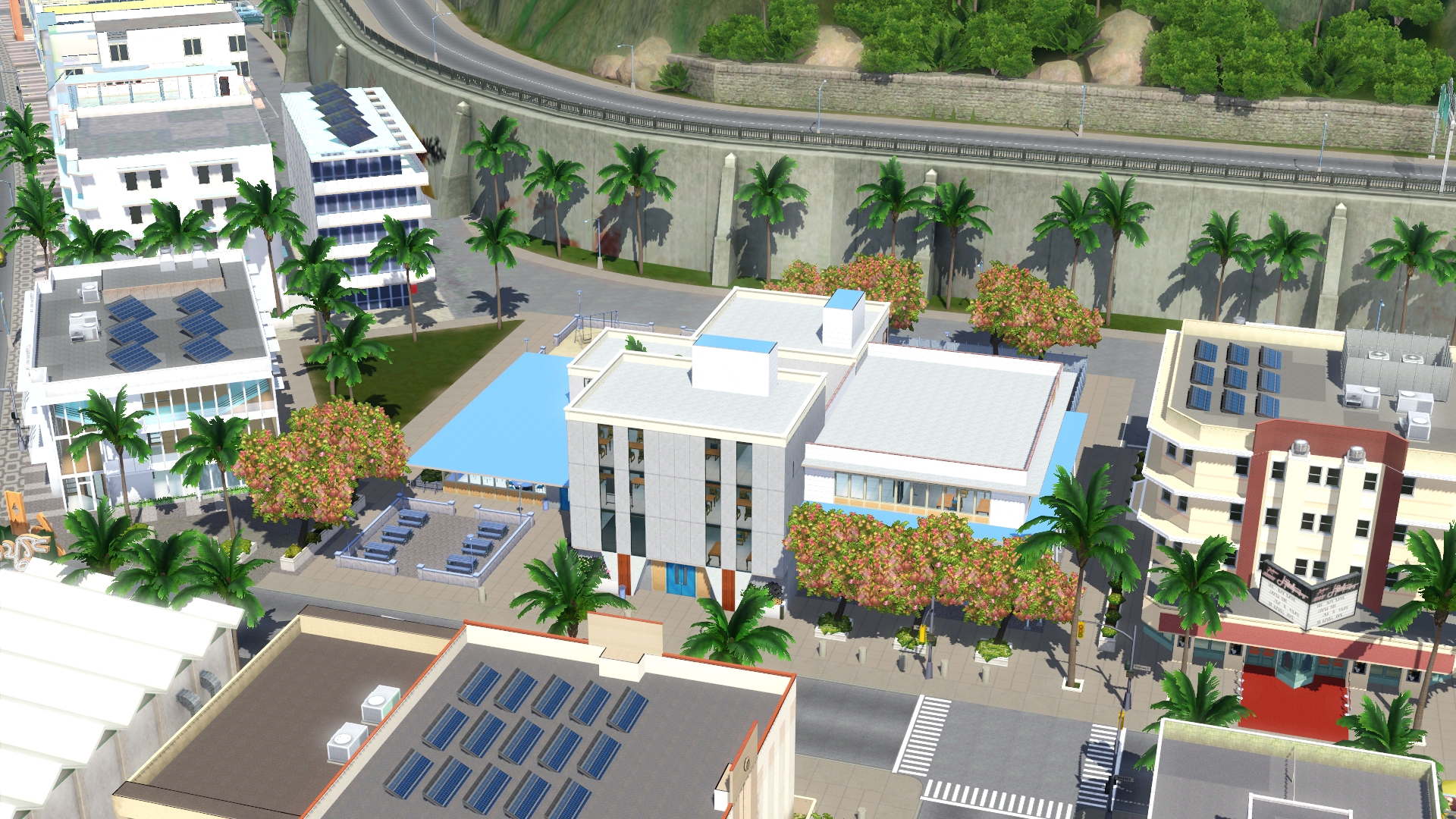 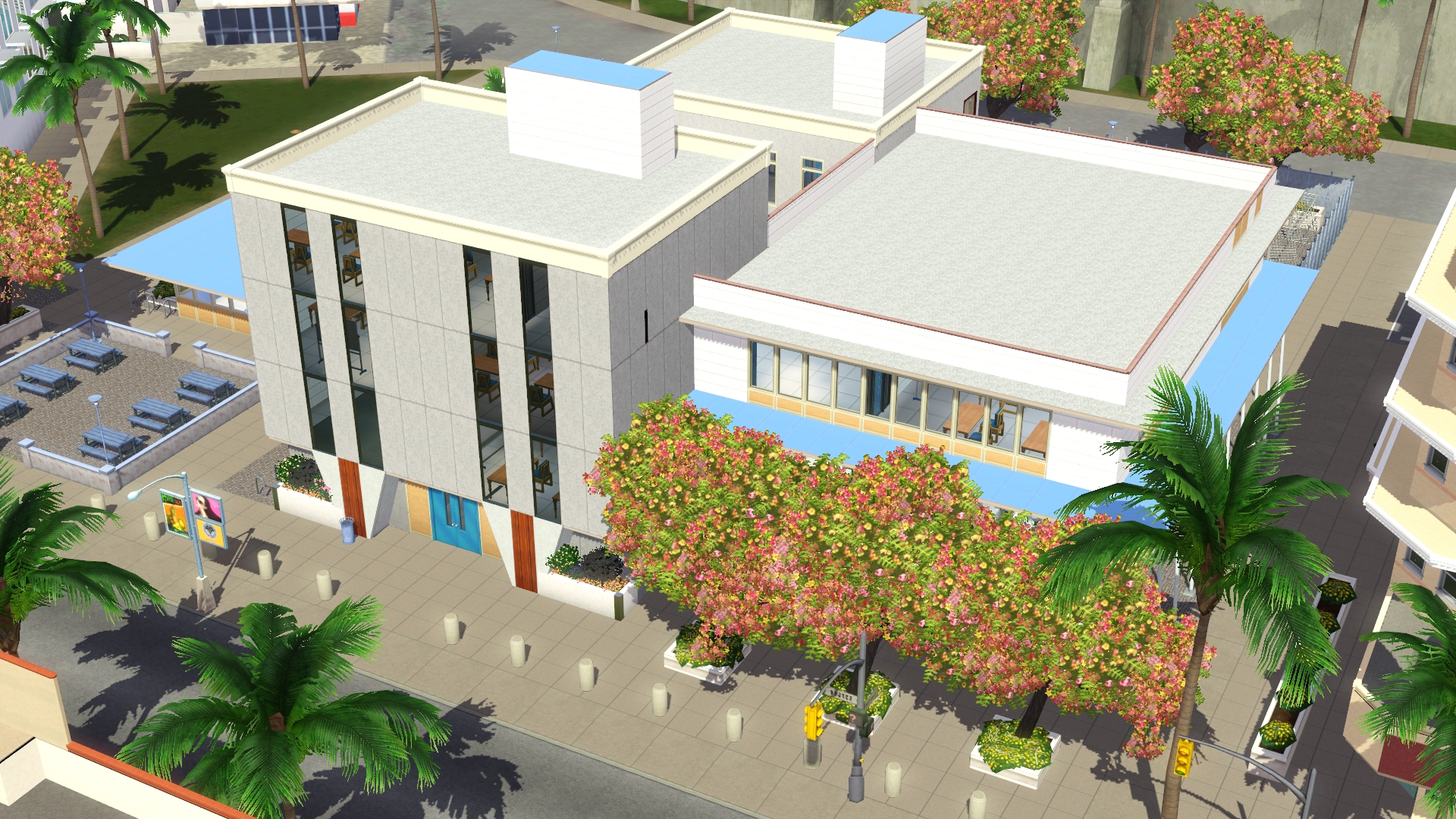 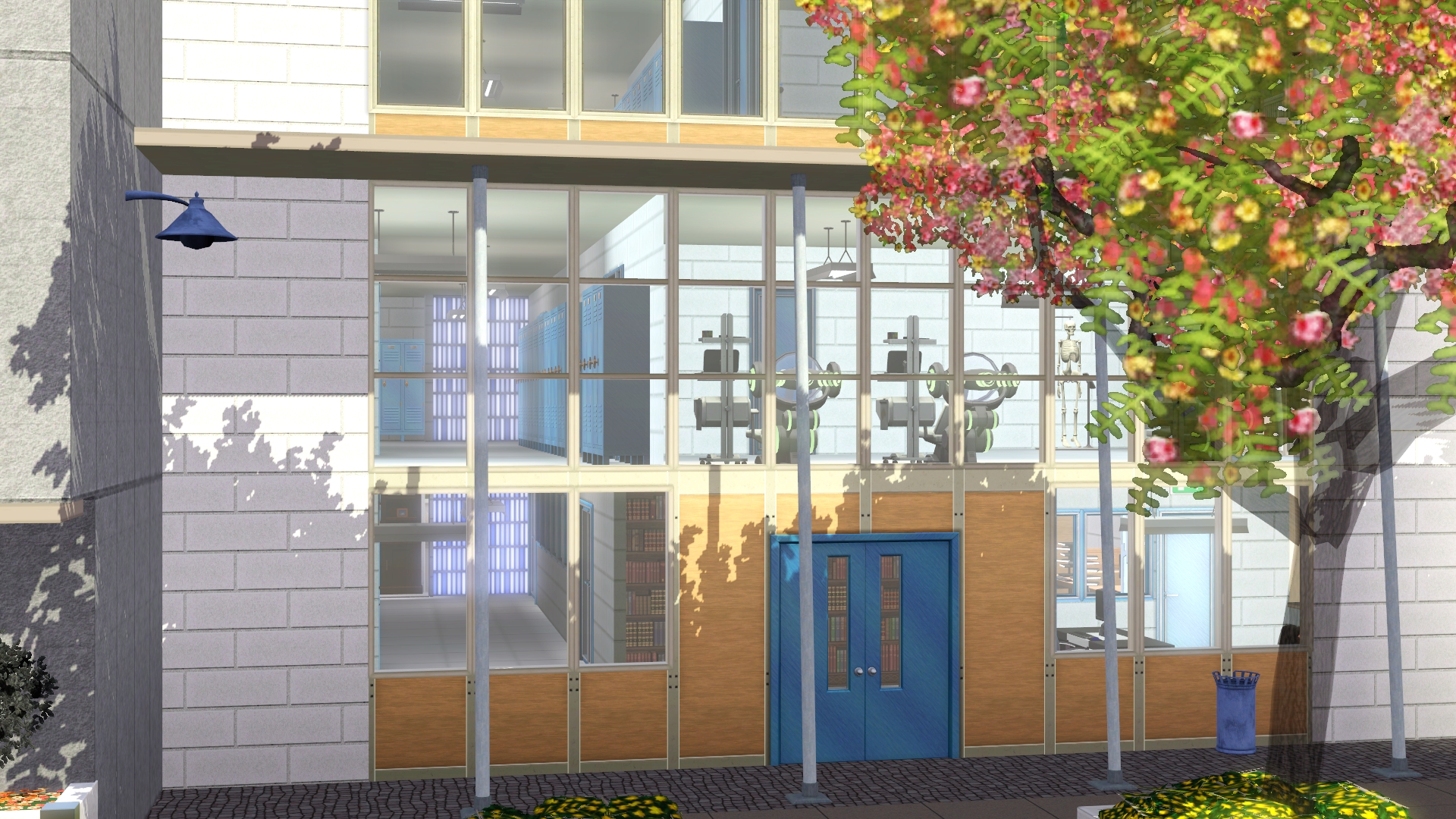 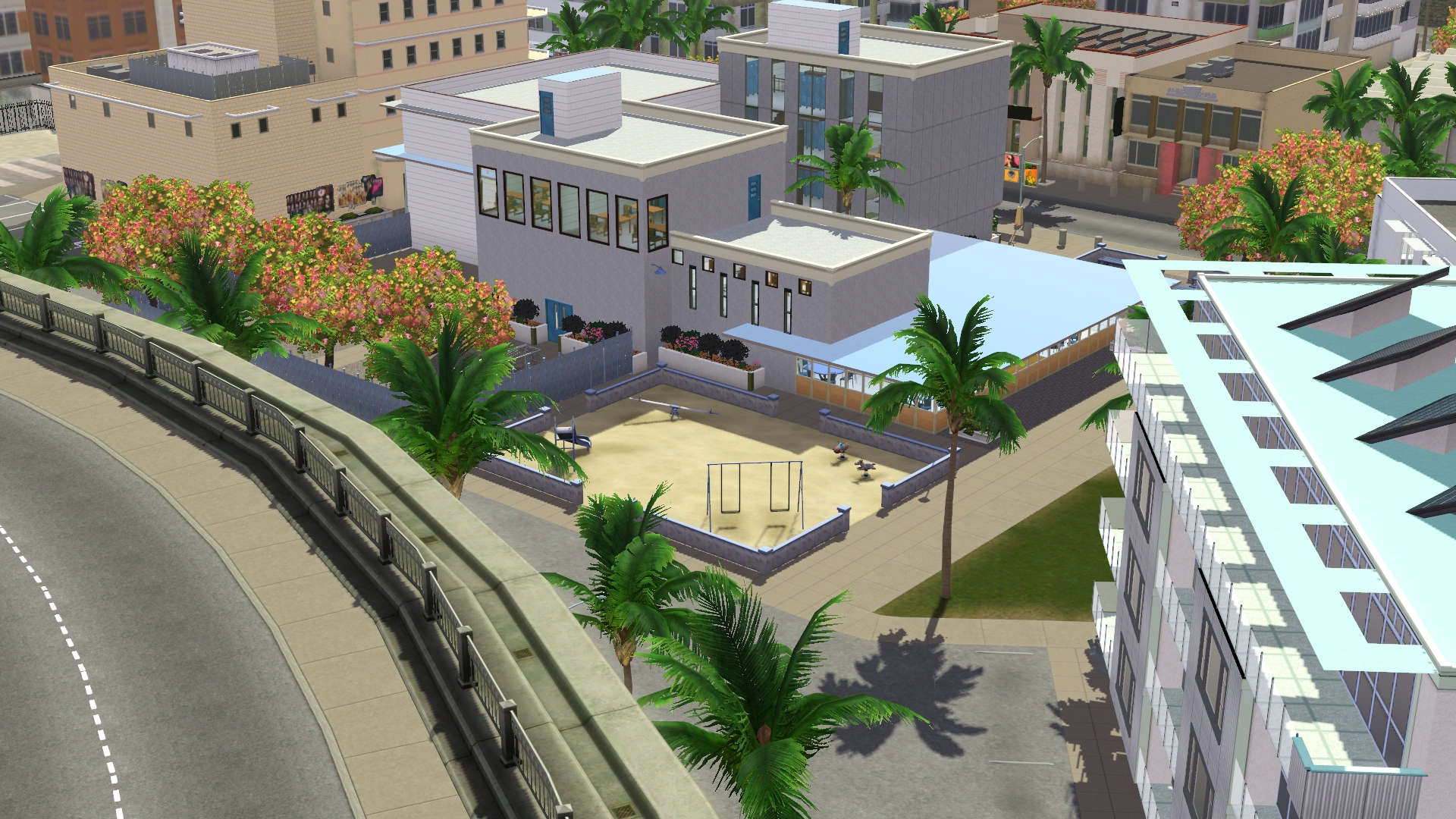 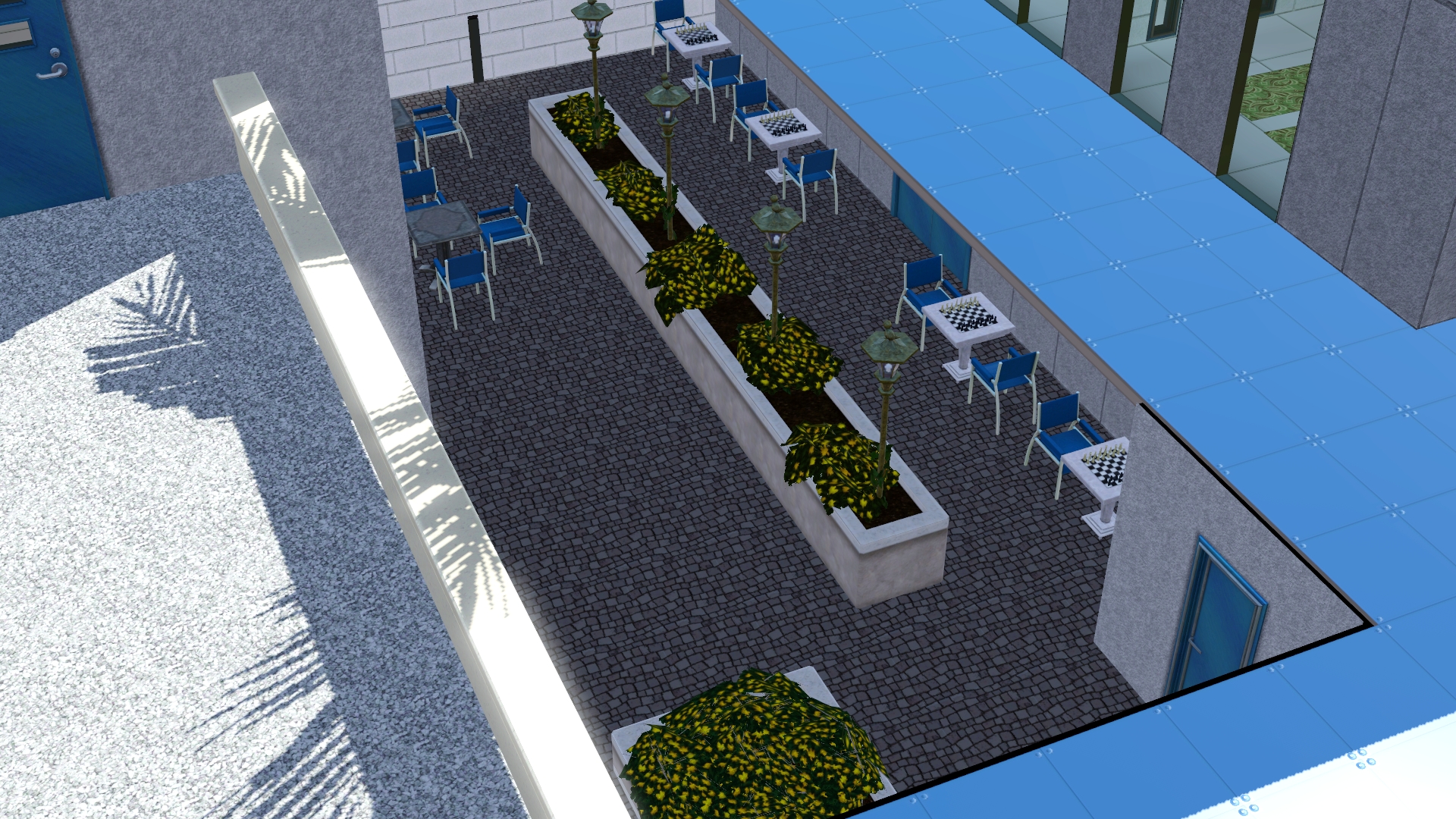 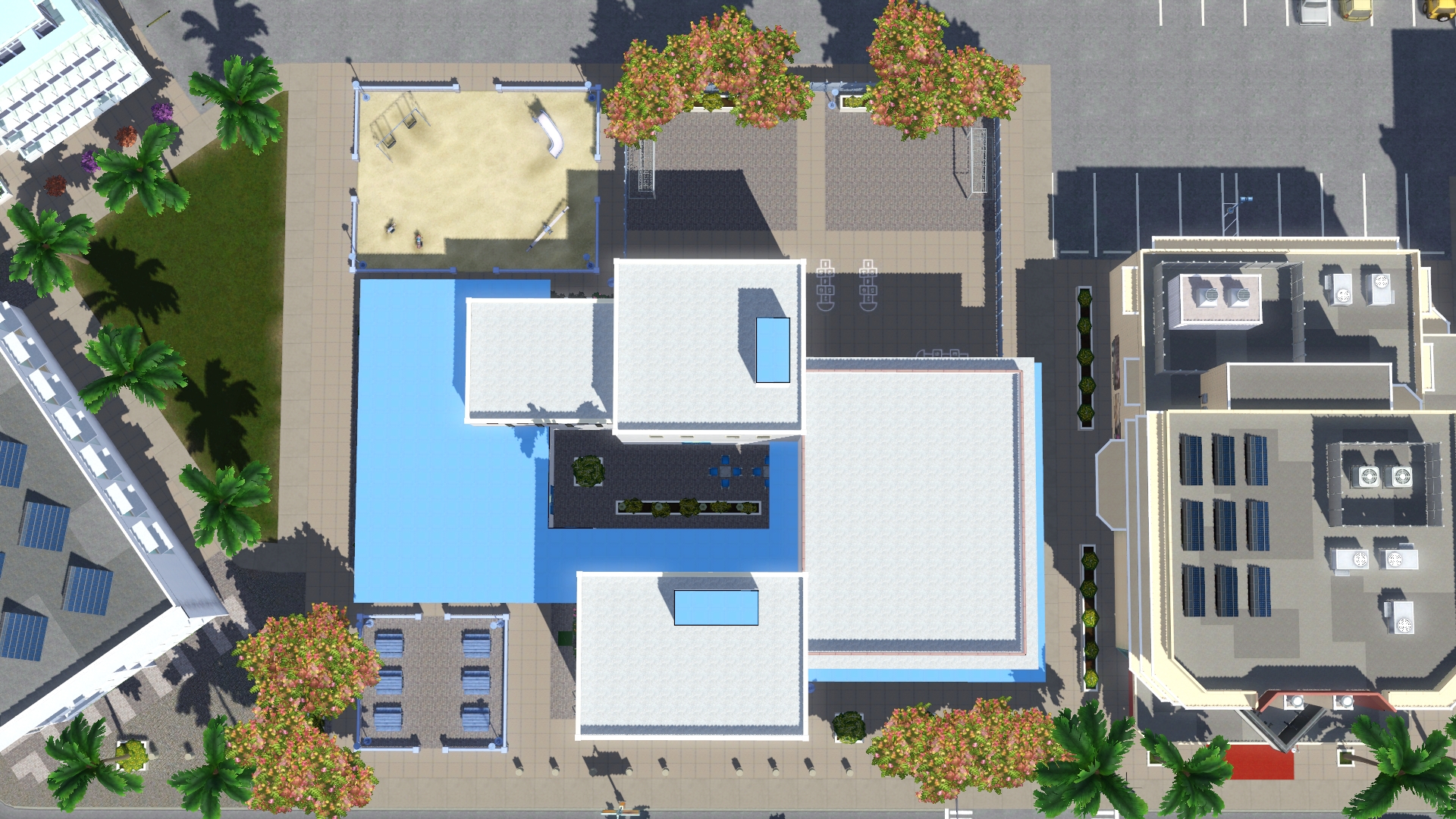 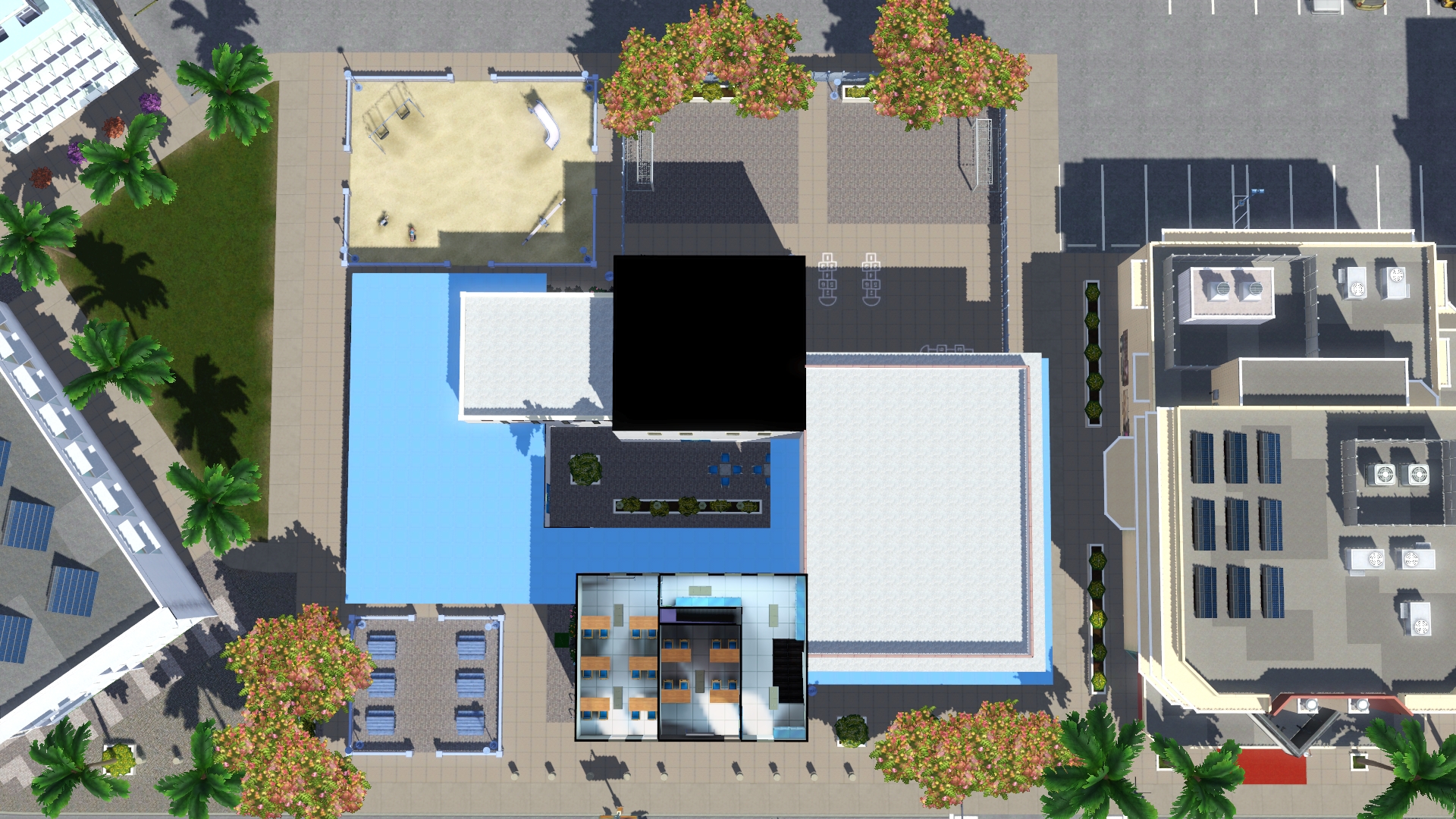 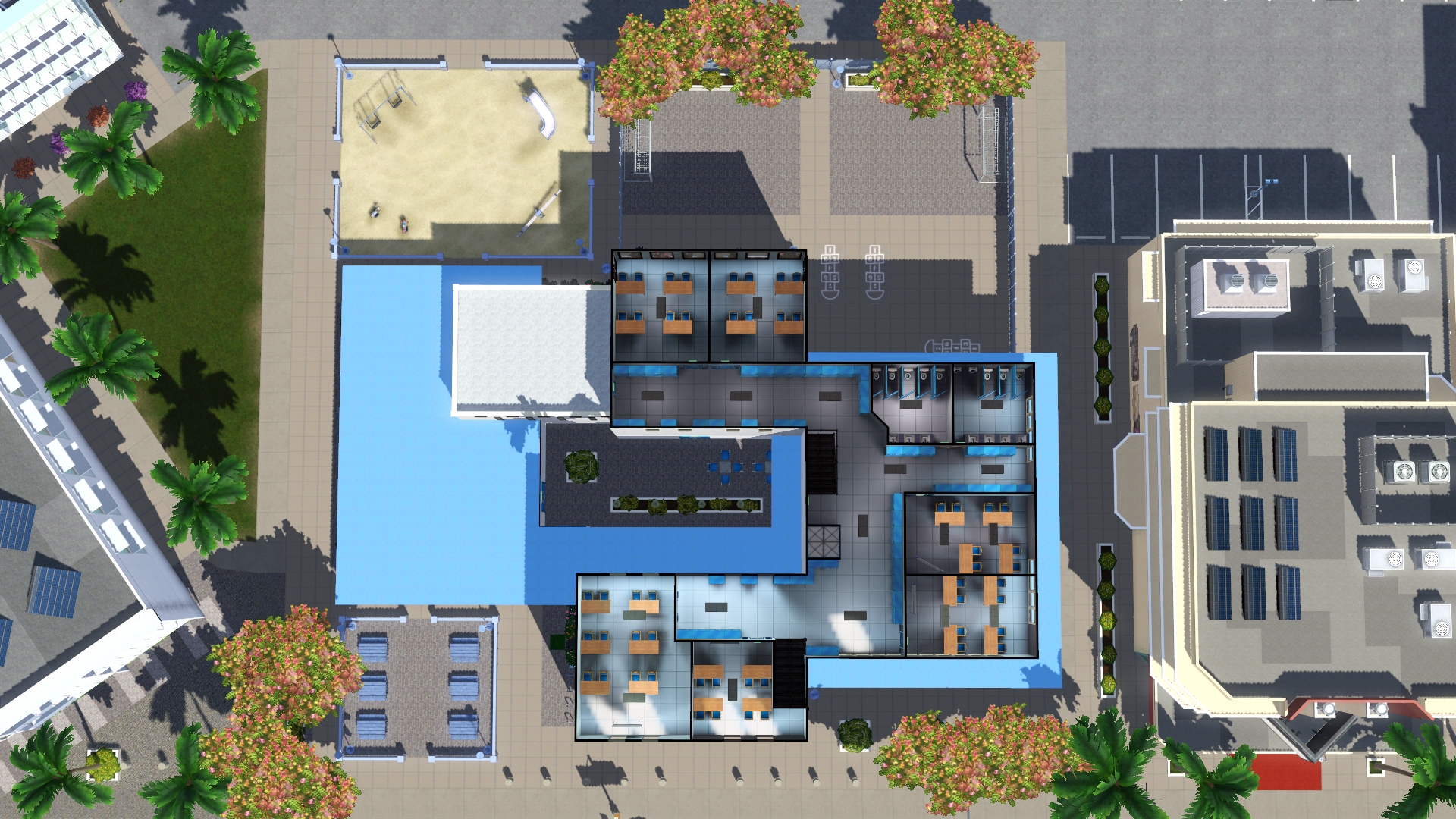 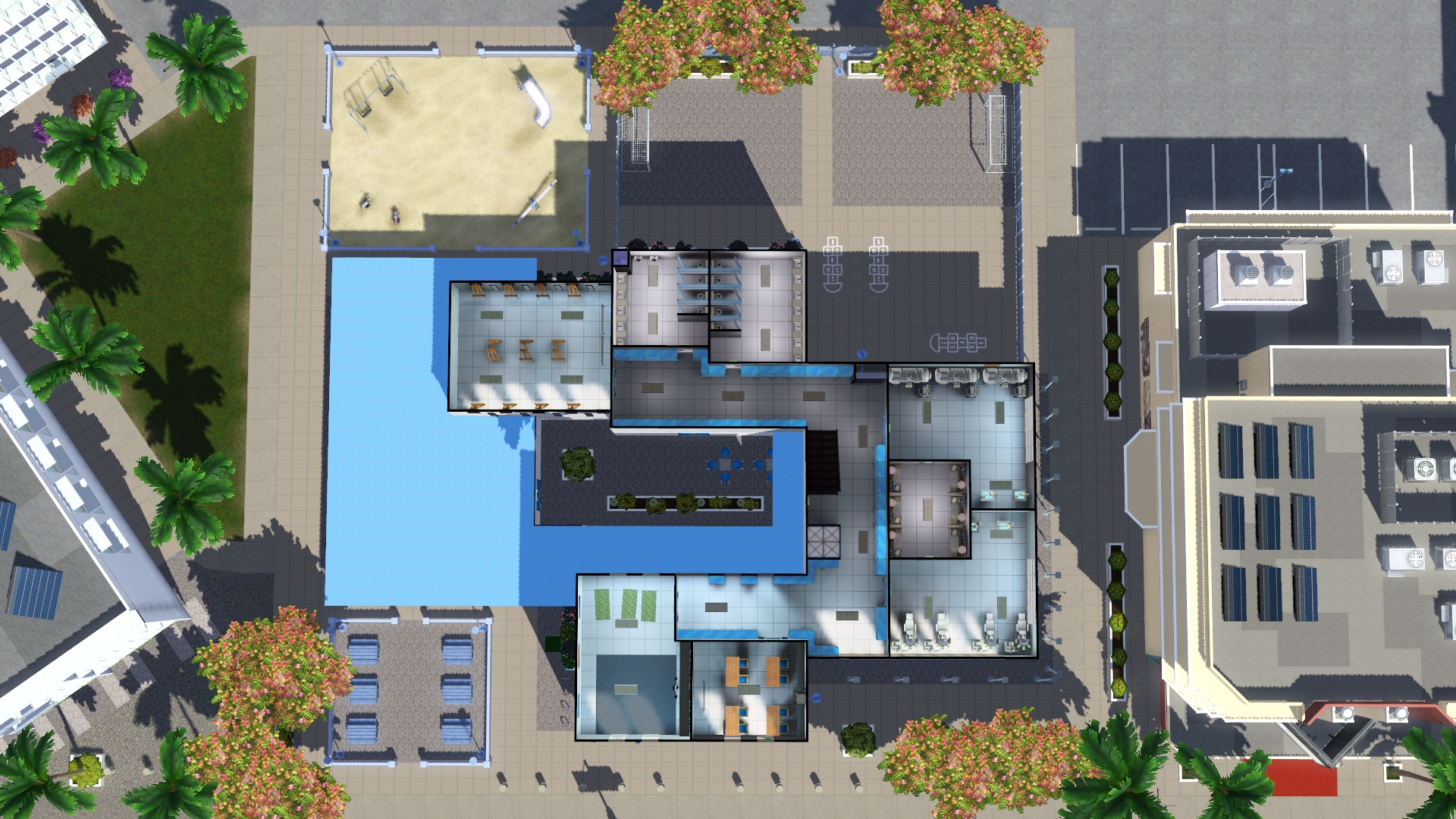 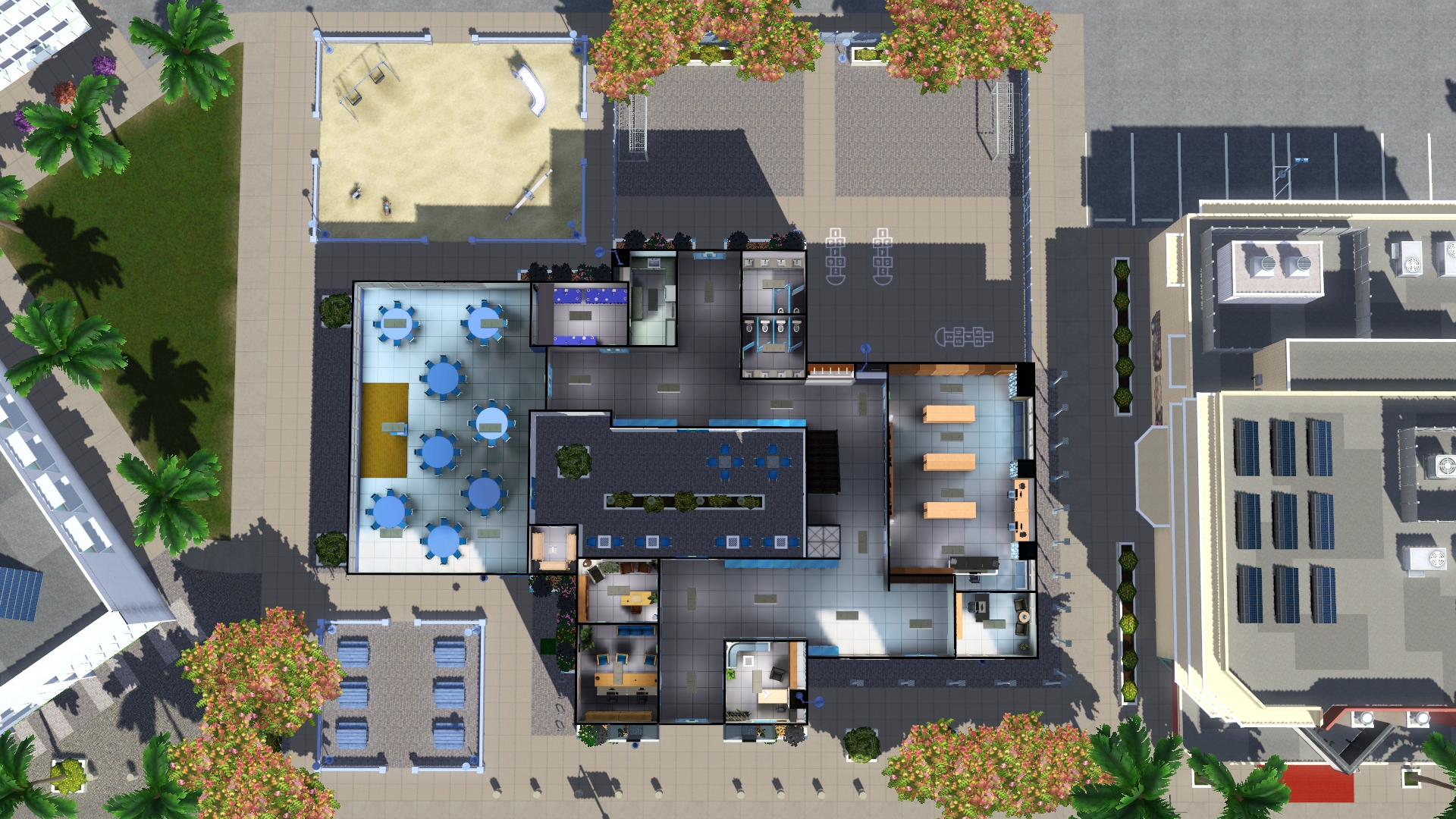 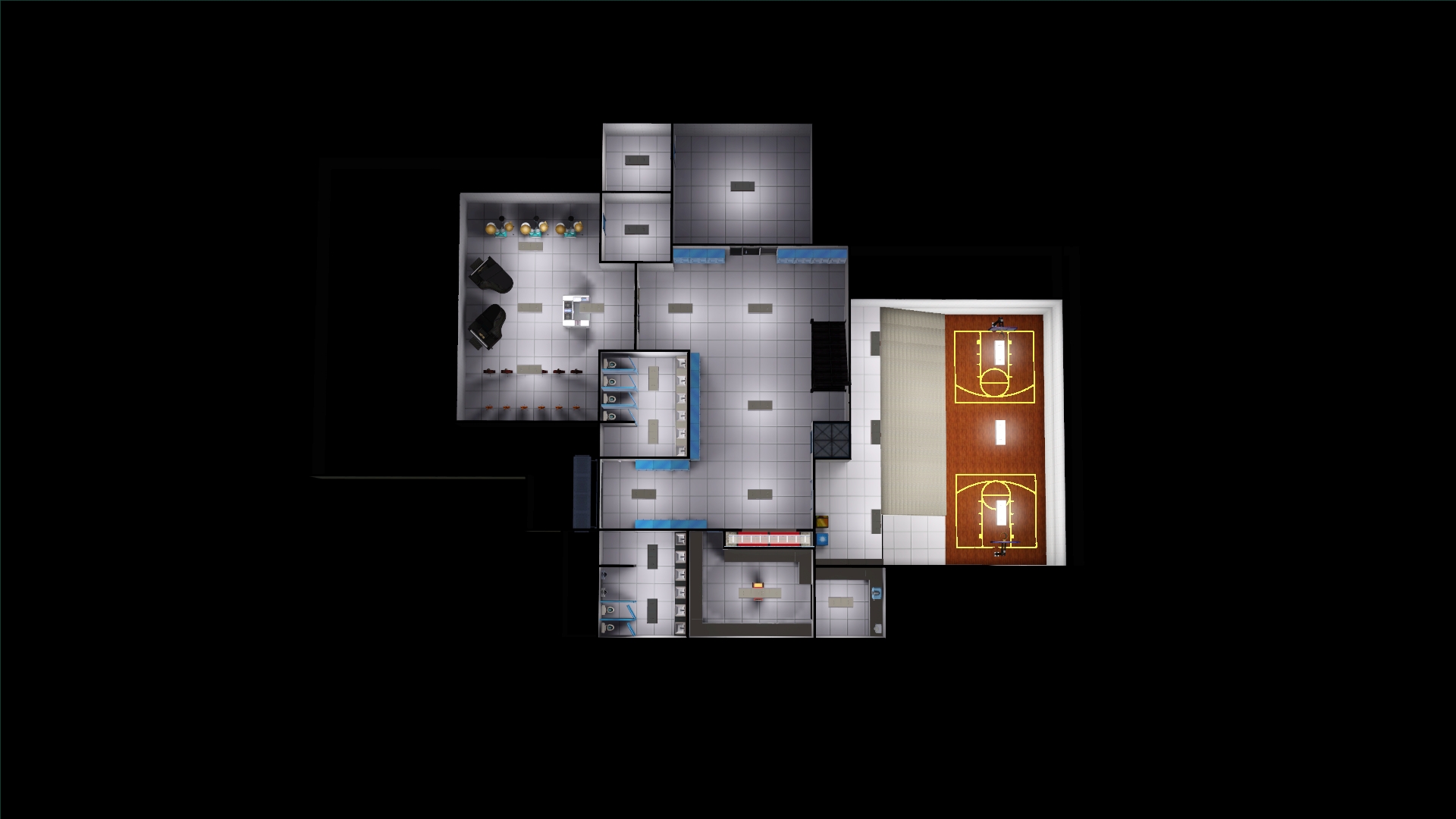 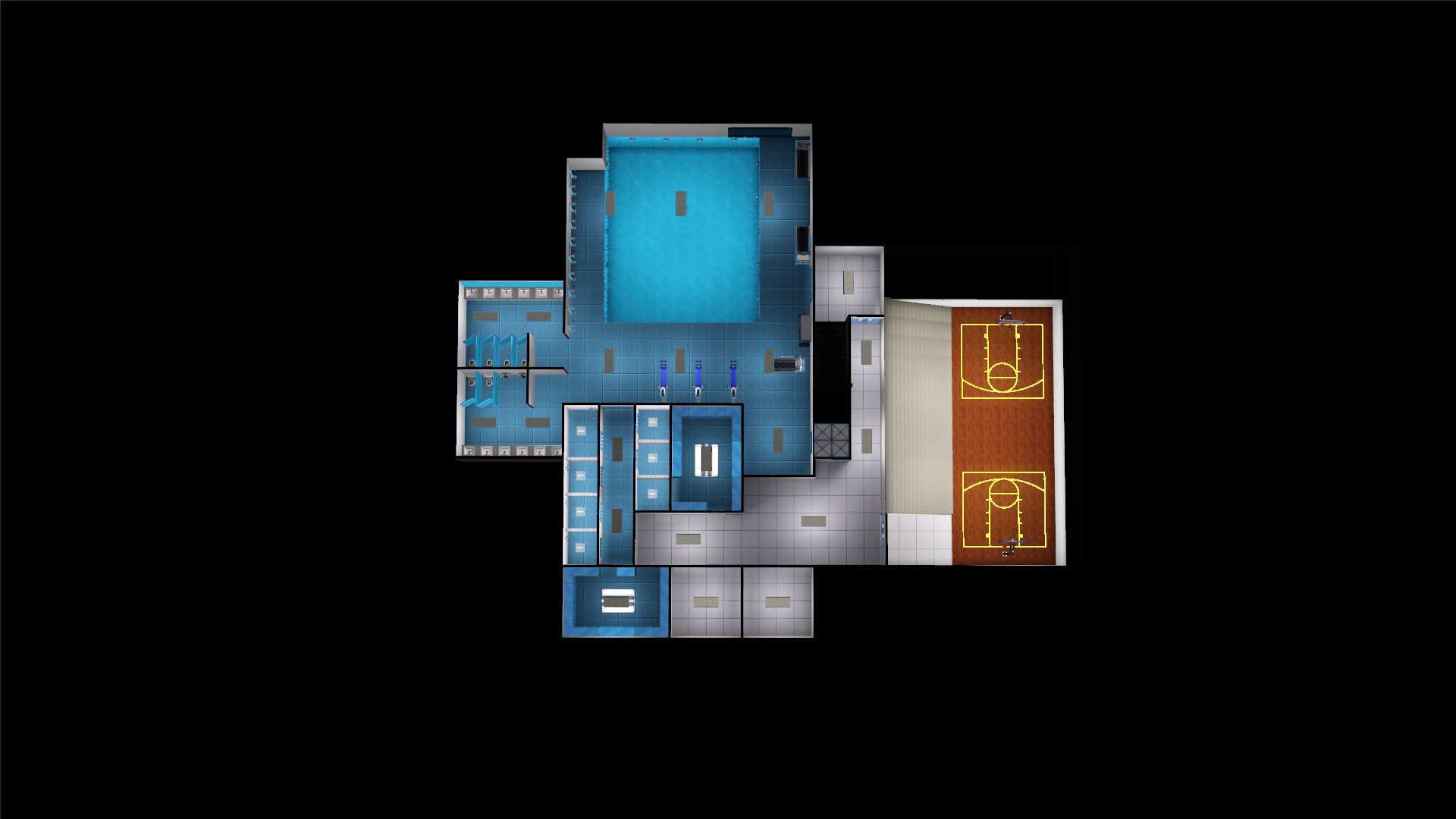 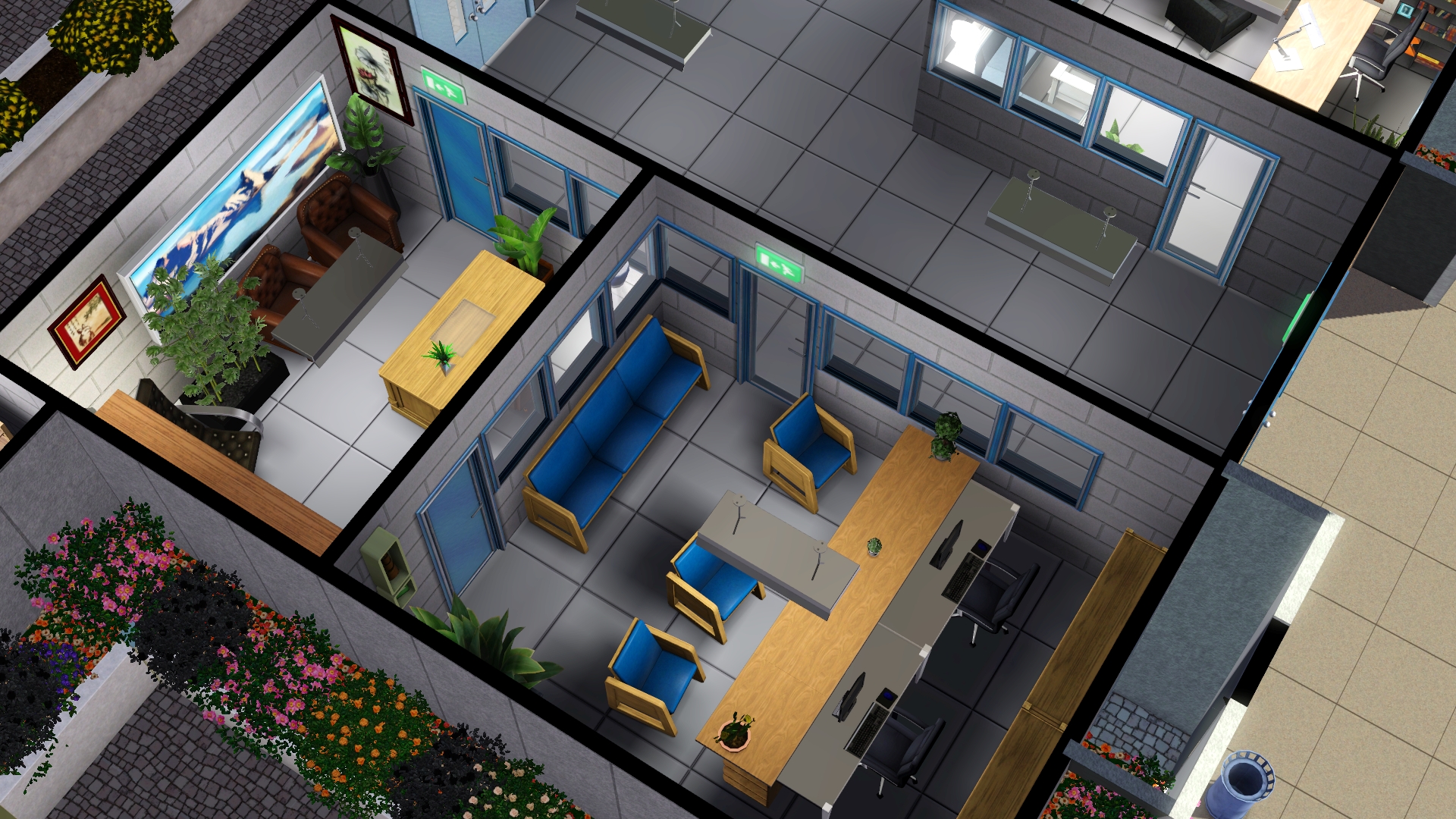 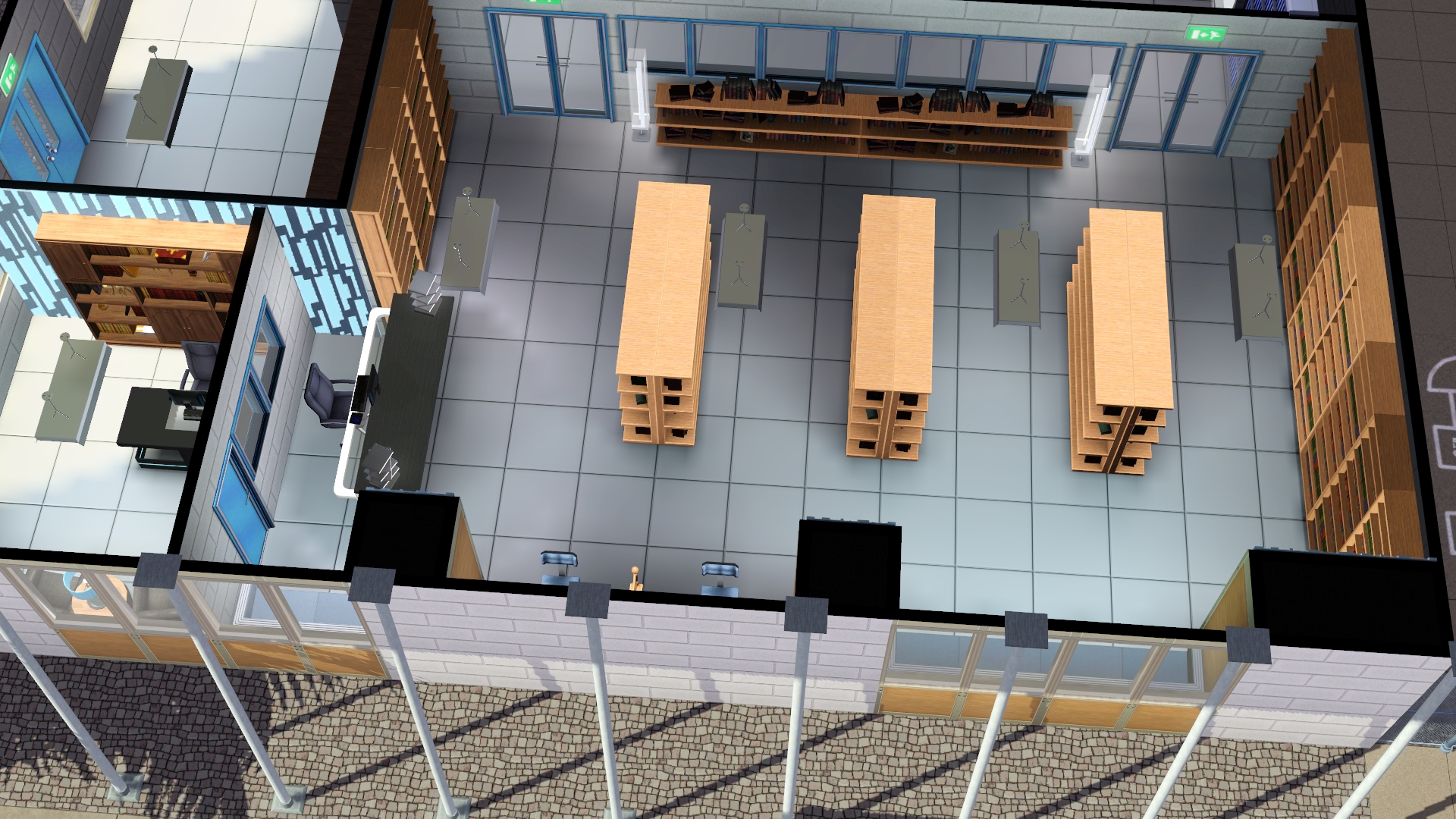 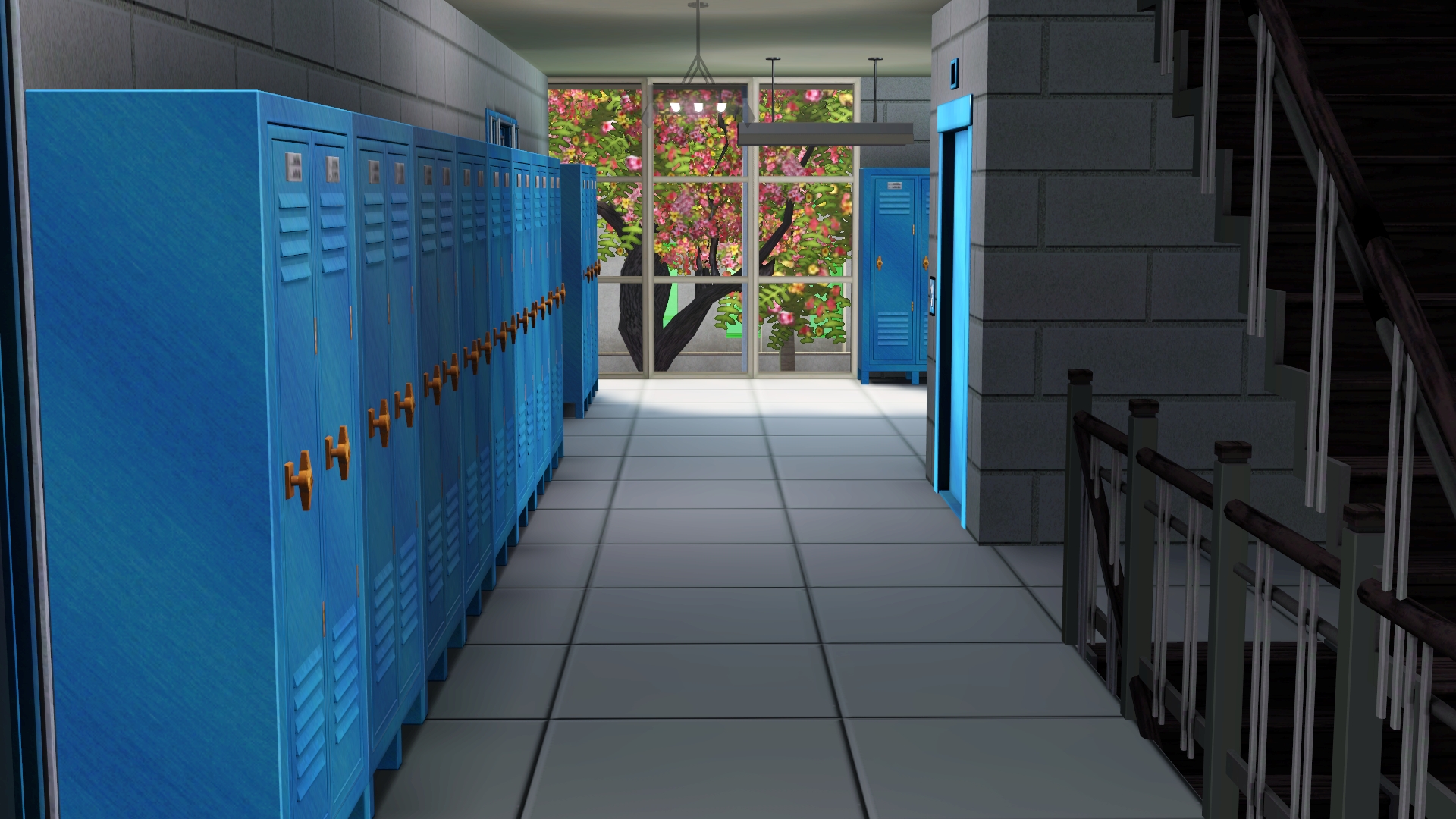 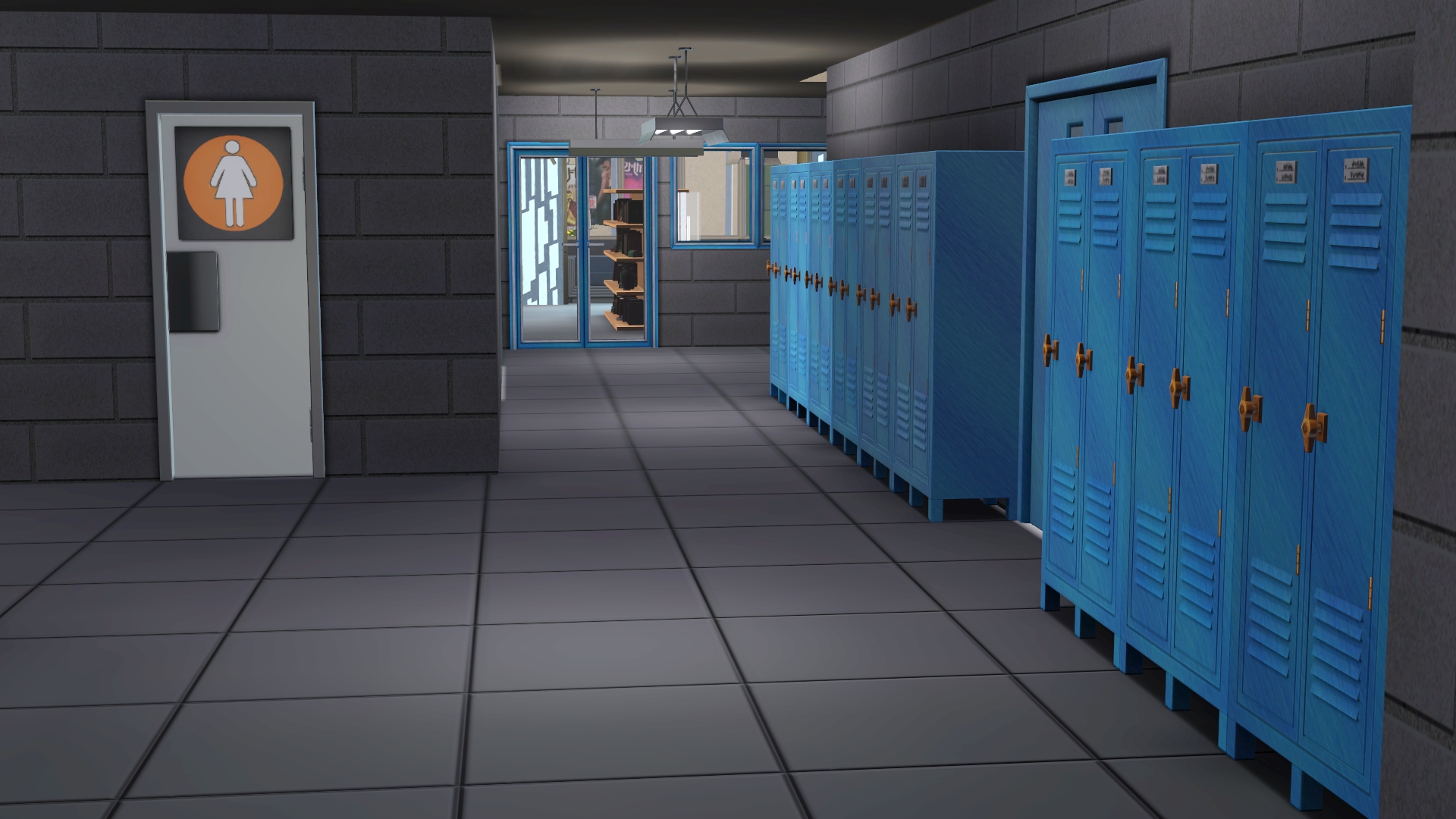 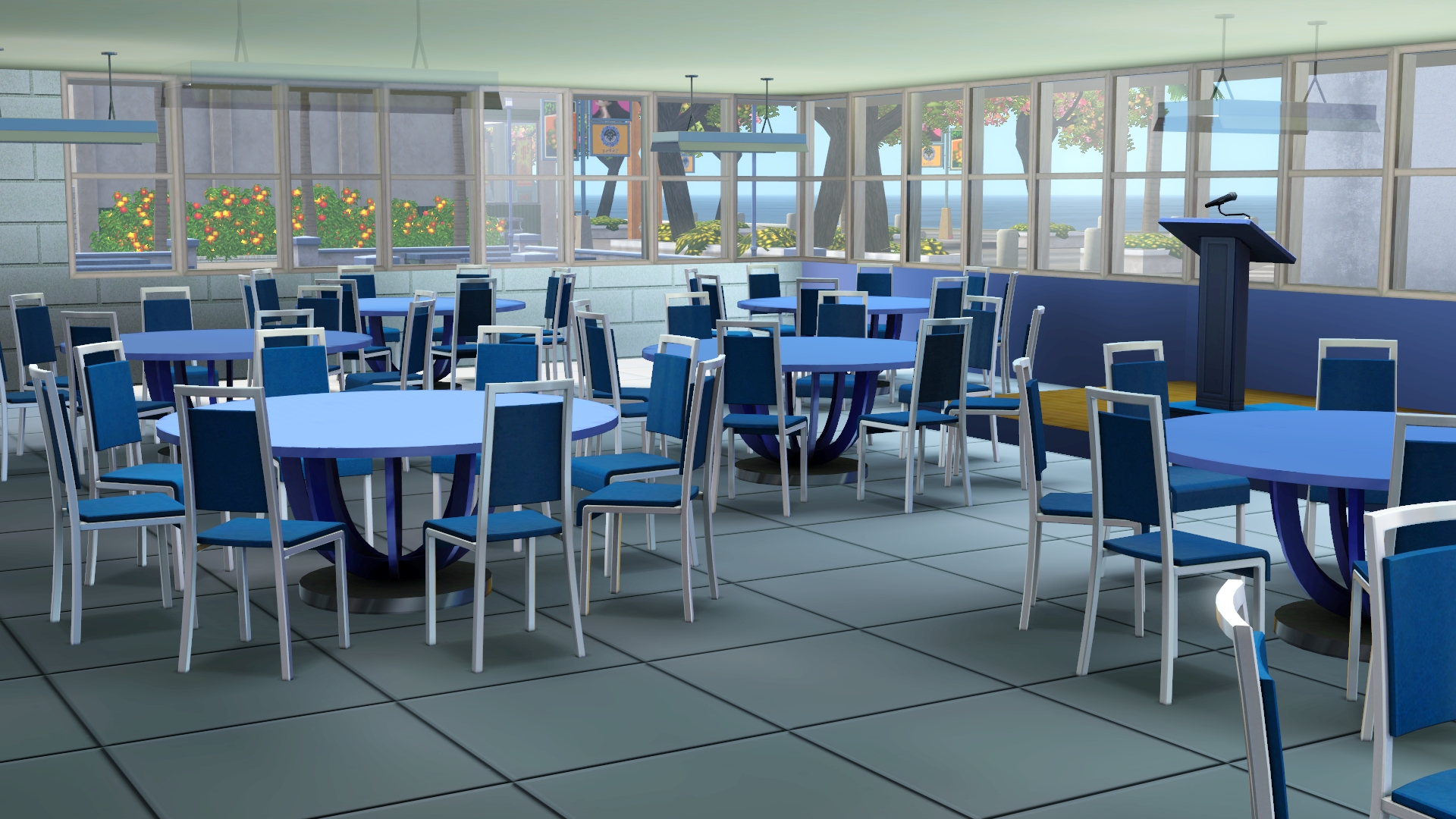 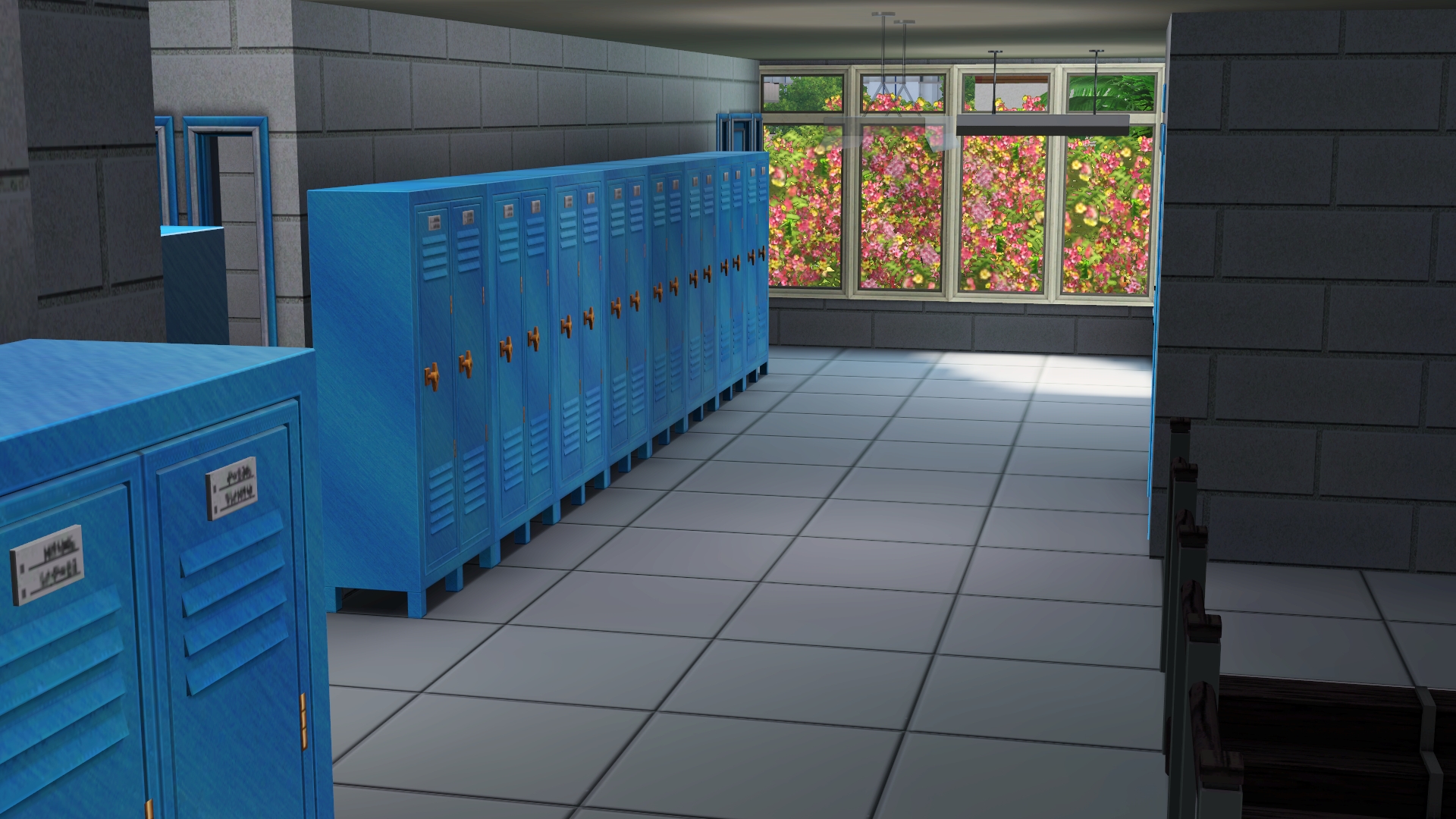 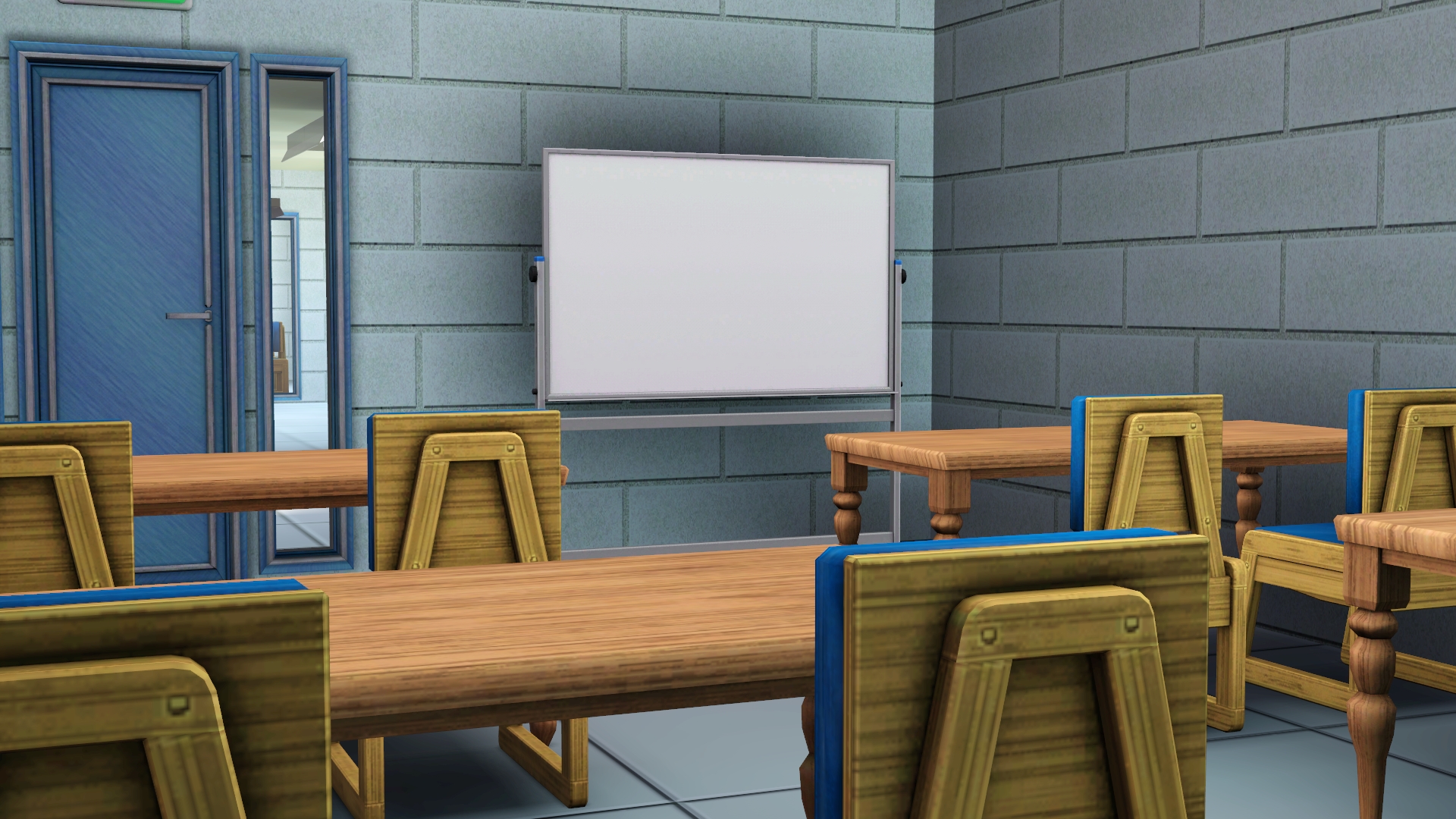 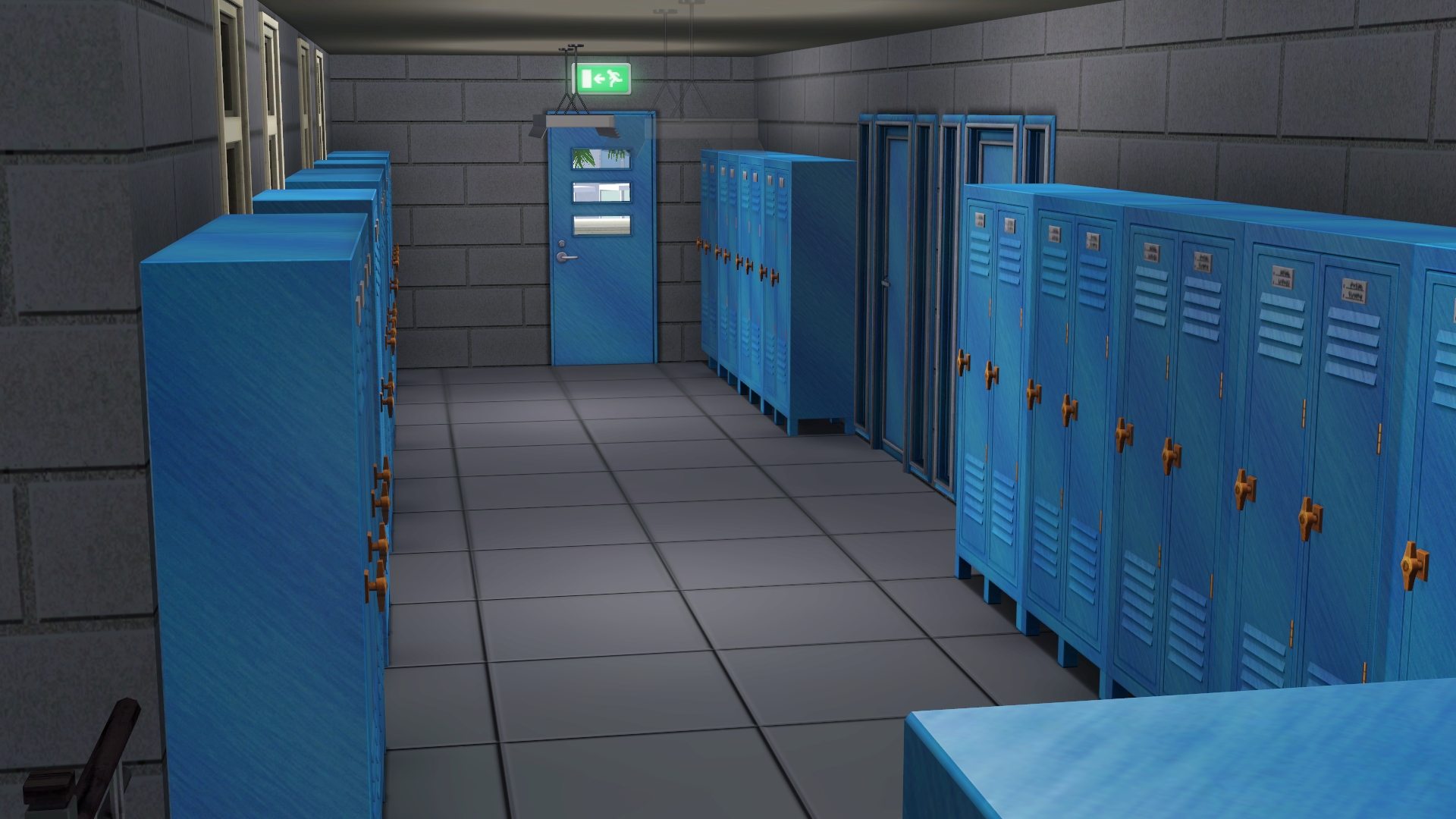 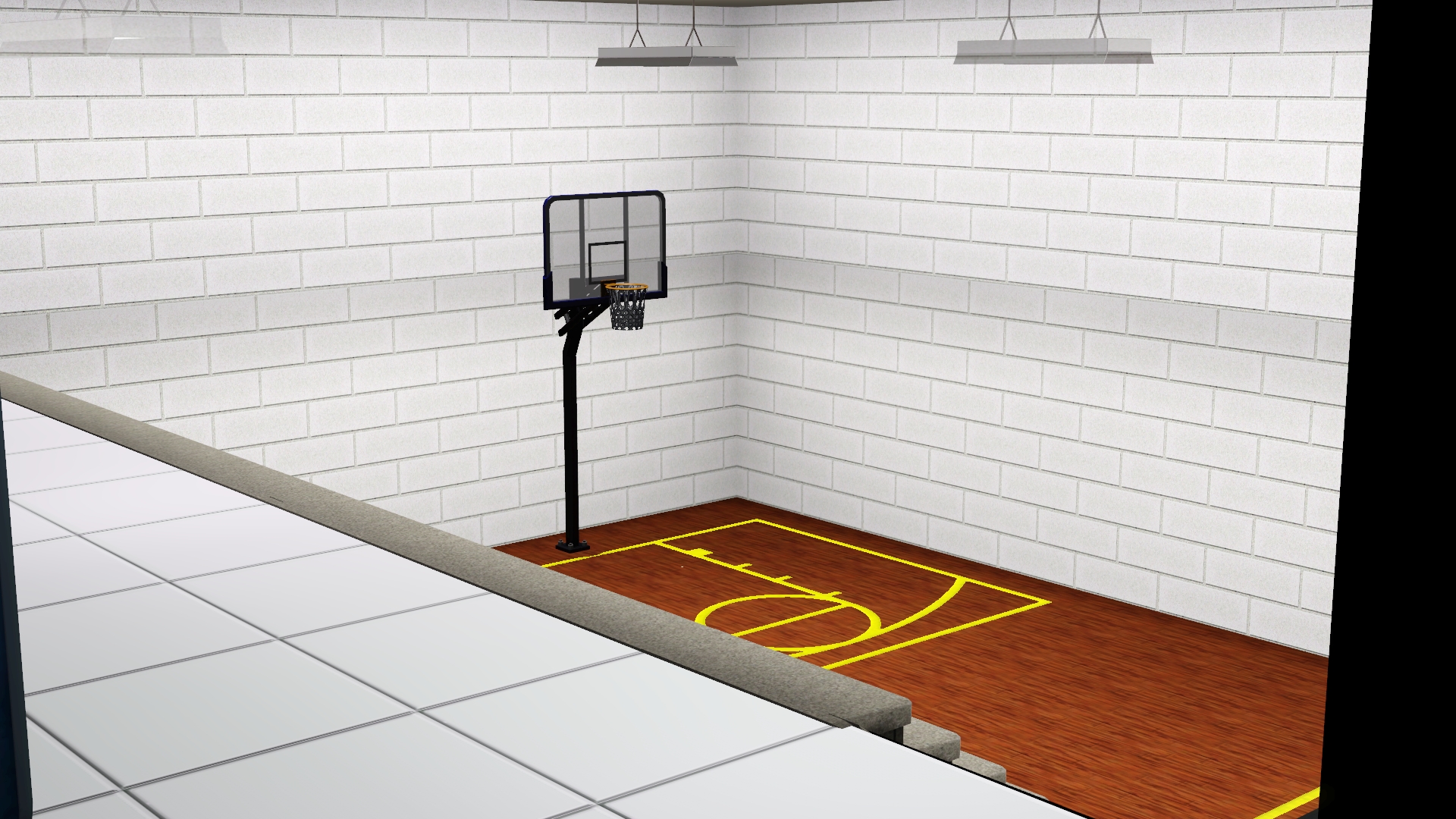 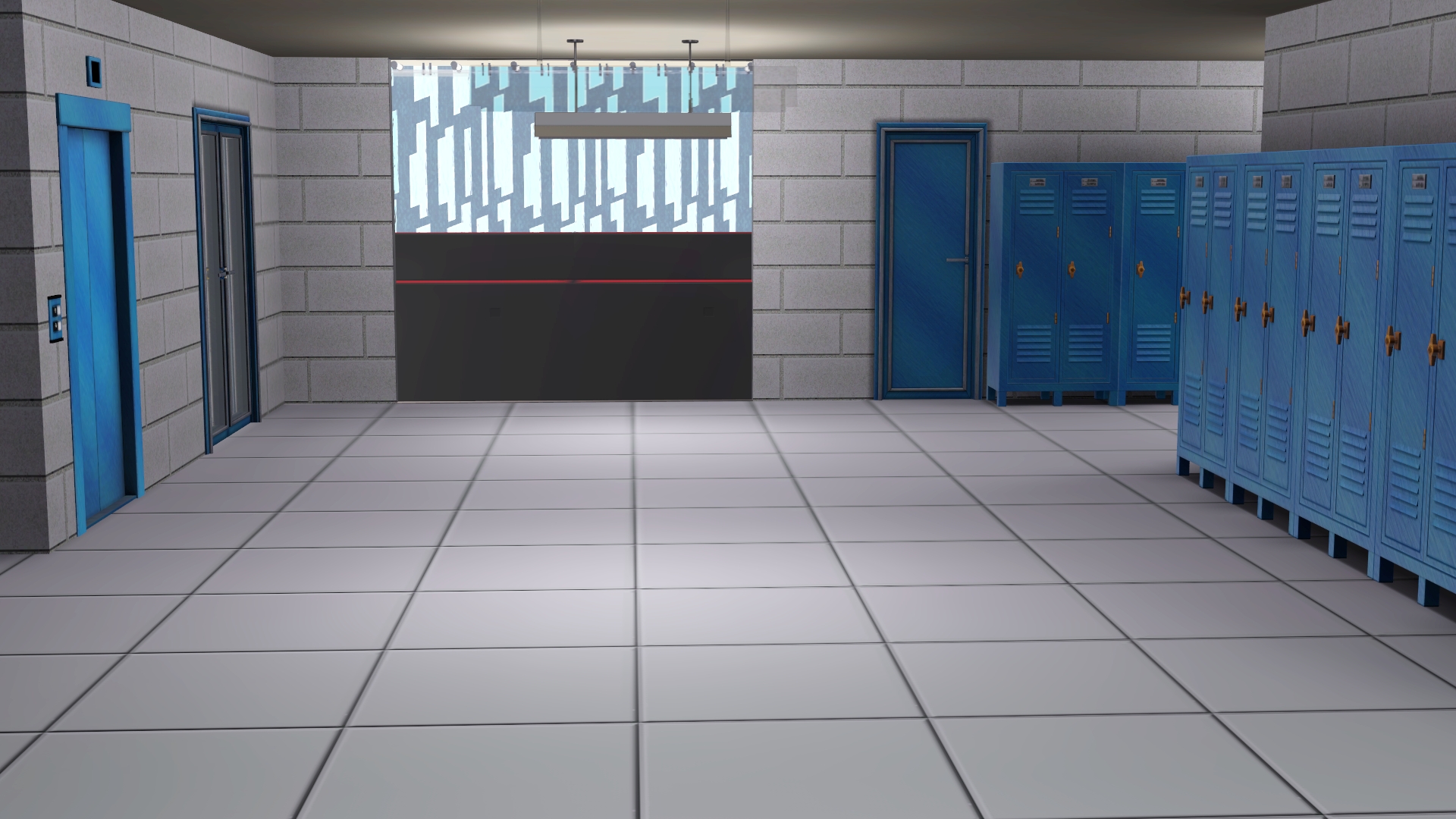 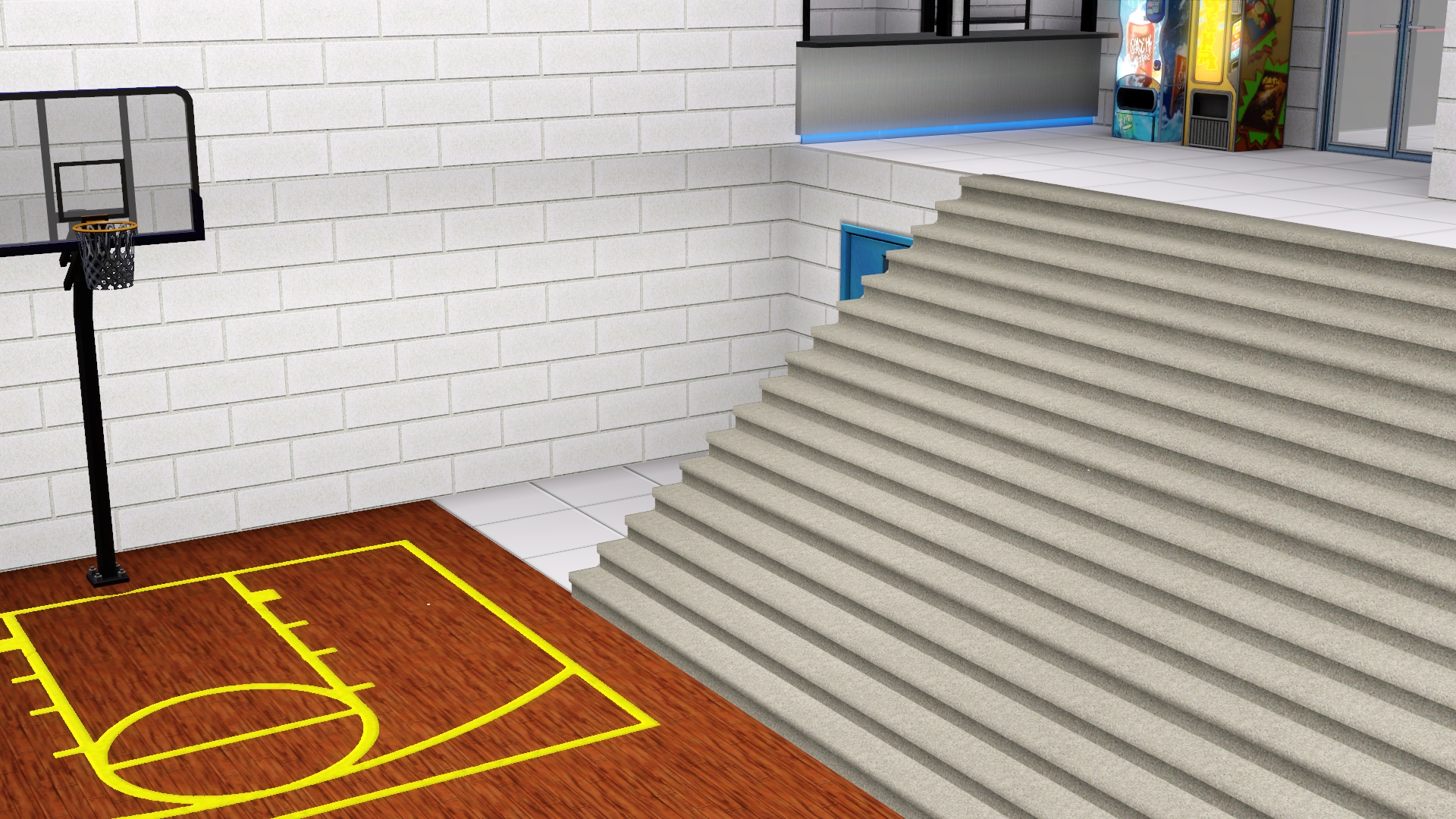 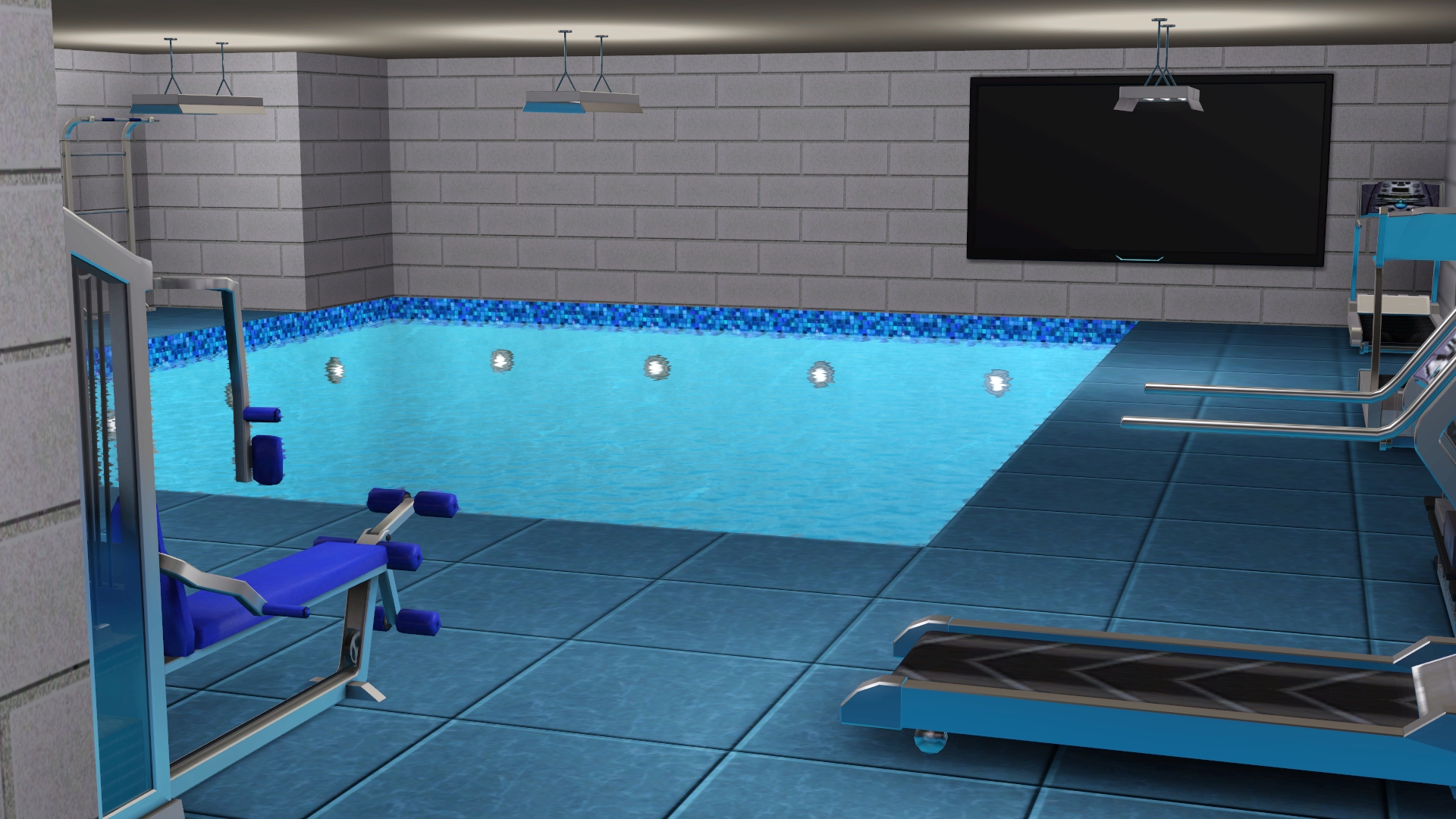 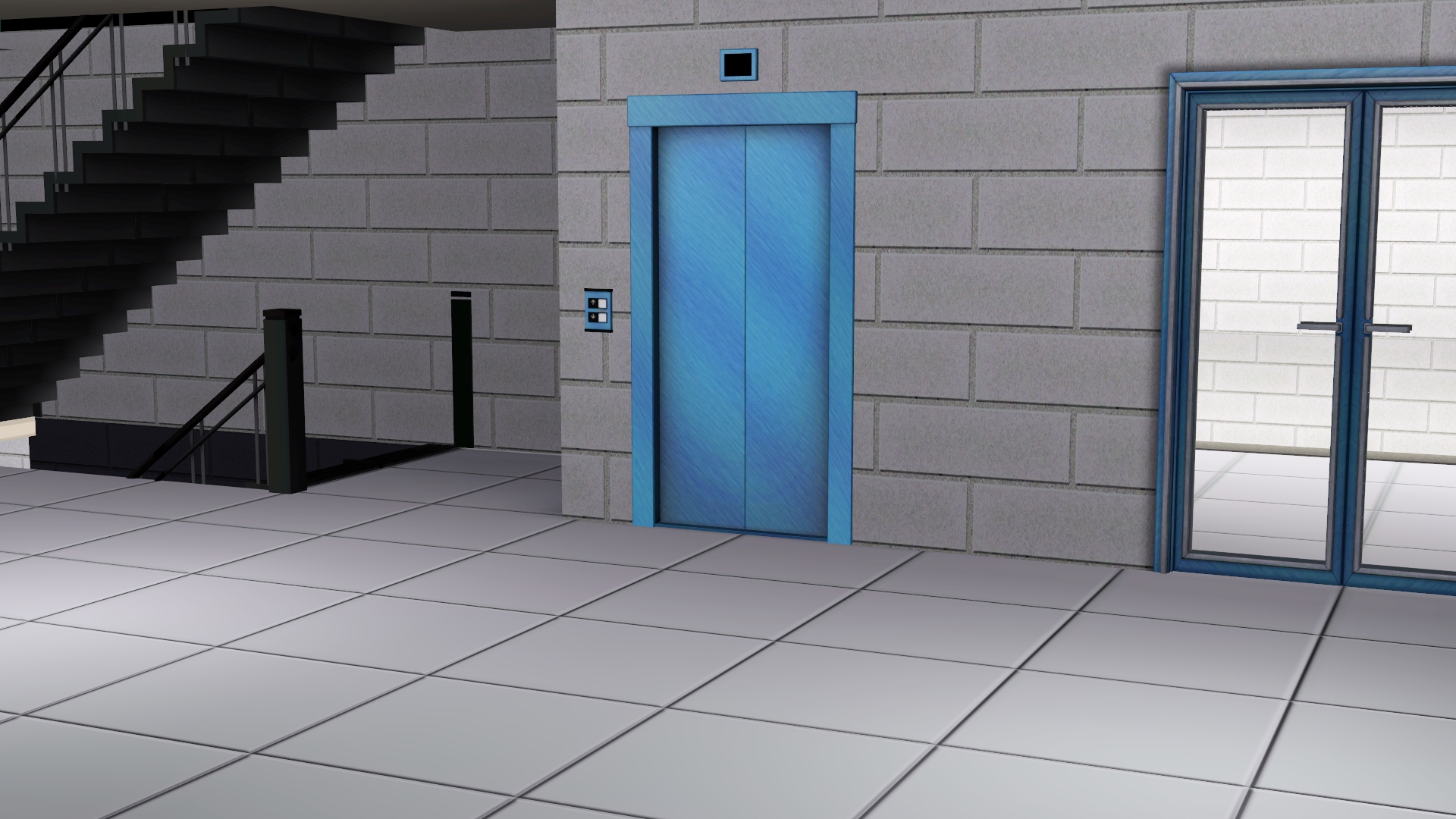 Keep in mind that this is a Work-in-Progress lot. It does use content from numerous expansion/stuff packs, store content, and mods (I'm pretty sure every door and window on the lot, other than the main exterior doors and upper windows for the area above the library, are mod content). There is a LOT of blue. The original building had a large amount of blue roofing, which leads me to believe the primary color for the school is blue (with probably white as a secondary color, rather than black). I tried to take that into account throughout the school by coloring numerous objects, such as the chairs, lockers, etc. with the same blue, and going with a lighter color scheme as opposed to a darker one.
I am posting here mainly to get feedback on the lot so far. If interest is shown, I may try to go through and figure out exactly what content I used (and maybe cut down on some modded content) and release the lot. I may even start an active project to replace ALL rabbit hole buildings with custom ones.
The only issue with this lot is that I did not build the lot itself (exterior surroundings). It is not the original lot, and I do not know who built it (if it was built by the author of the map, or if they got it from somewhere else or had someone else make it). I will probably replace the exterior anyway, so that shouldn't be an issue for release.

I have not yet tested the lot under traffic . These screenshots were taken at around 6:30 in the morning, so the school day has not started yet.

I think this looks pretty good. There are some school lots people have created here that may give you some ideas. I think you need some railings around the (bleacher) stairs and possibly one extra floor space between stairs and actual basketball court if there is room to build court one space further. Make sure there is enough routing space with the room with all the tables/chairs and podium(or possibly remove some). The university expansion that I see some chairs from contains many school decorative items.
bobgrey1997

The gym floor is the least finished area right now. It's going to need LOTS of detail still. Being in the basement (without windows), there is no surrounding environment to help give it detail, so it is just a few items in a concrete room. One area I am not sure about: the image between the two basketball shots is a display case (where the team would display their trophies and awards), but I don't know where to find such items. I have tried looking through the various decorative categories in Buy mode, but I haven't seen any. Those categories (especially misc) is so full of random things that it's easy to miss the small stuff.
The single most used expansion is definitely University, including chairs, desks, shelves, etc. I know it also includes lots of banners, flags, and other "school pride" related items that I will definitely be digging through.
That room with all the tables and chairs is the cafeteria, which also doubles as a presentation/announcement room (hence the podium and stage). As I said, I have not tested it fully yet, so I am quite curious myself how routing will work (especially in that room). I half-way expect it to cause all sorts of issues.
The map was not populated at first, so I am still letting NRaas Story Progression populate it (I like to let it go at a normal pace rather than using Rapid Immigration). Not many students to test the school with.
fascisthater
Site Helper

Use collections to find objects from a specific expansion pack easier and faster. University has some trophy items and decor. Just go through a collection one expansion at a time to help narrow items.
bobgrey1997

Usually if I know what expansion has the item, I will open a random function category and filter it by that expansion, then start looking around. Even if I don't know what category it belongs it, it being more organized in functions makes it easier for me.
Thank you for letting me know that University has some. I should be able to find them.
AGuyCalledPi

For what it's worth I like the exterior design, it still largely reads as mid-century to me, but I'm not really sure about those wall-height windows. They're from ITF but they're very modern, and they look out of place in any building meant to be more than, say, 20 years old. That large central mass doesn't really work as well as it does in the original rabbit hole model. Rather than a straight up recreation I'd try to see if I could do something else with that part of the building. Build Mode itself is restrictive enough as-is, and building box-like shapes usually doesn't do your lot any favours I find.
Hypocrisy is only okay if I do it.
( Join my dumb Discord server if you're into the whole procrastination thing. But like, maybe tomorrow. )
bobgrey1997

I tried to find windows similar to the ones on the front above the main door. If you notice on the original the top floor has two smaller windows, one above the other, then the lower floors are floor-to-ceiling. I found a decent match, also from Into the Future, which was one window above the other, but it was 2 tiles wide while I need 1-tile windows there.

One part that really upset me was that, due to the lack of curved walls and rooms, the large curved windows for the cafeteria on the original would not work.
It's probably for the best, though. Even the larger rectangle room is almost too small for what it is.

As for the rest of the building, I did try to get as close as possible to the original. I'm glad to hear that it provides the same overall feel.
Back to top