I need help with converting from TS2 to TS3...

is this more like what you wanted?
I edited the dds file I was talking about and this is what your light looks like now: 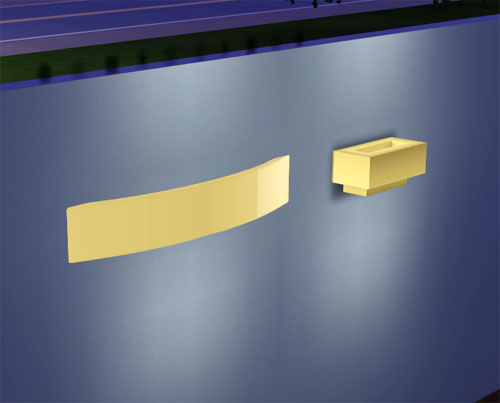 The new version of your package is attached. It's recolorable just like the light it was cloned from (on the right).

Since as far as I can tell you didn't want any part of the light mesh itself to have light cast on it, what I did was I changed to the alpha to black on the lightingWallLuxury__0x172990aabd99a710 img file (the one I've been talking about that controls that aspect of the light). Now nothing on the mesh itself changes when it's lit-- just the overall lighting changes that are controlled (I think) by the LITE part of the package.

It can be a little confusing, but if it still doesn't make sense to you try a little experimentation-- open and look at the IMG resources when you clone a light, paying special attention to the alpha channels. Bring the mesh and the images in to milkshape to see where they are mapped onto the mesh. Make changes to the images in your package and see what's changed when you look at it game.


Also, you were probably already going to get to this, but you'll want to either re-map your shadow mesh or shrink it into invisibility. In the screenshot above you can see it poking up above the top of the wall-- the little black blobs.

Hope this helps.
Back to top