TJ Detweiler (Recess)
I was bored so I decided to make TJ in TS3, and now I plan on uploading him.
(I made him a teen as he would be easier to customise) 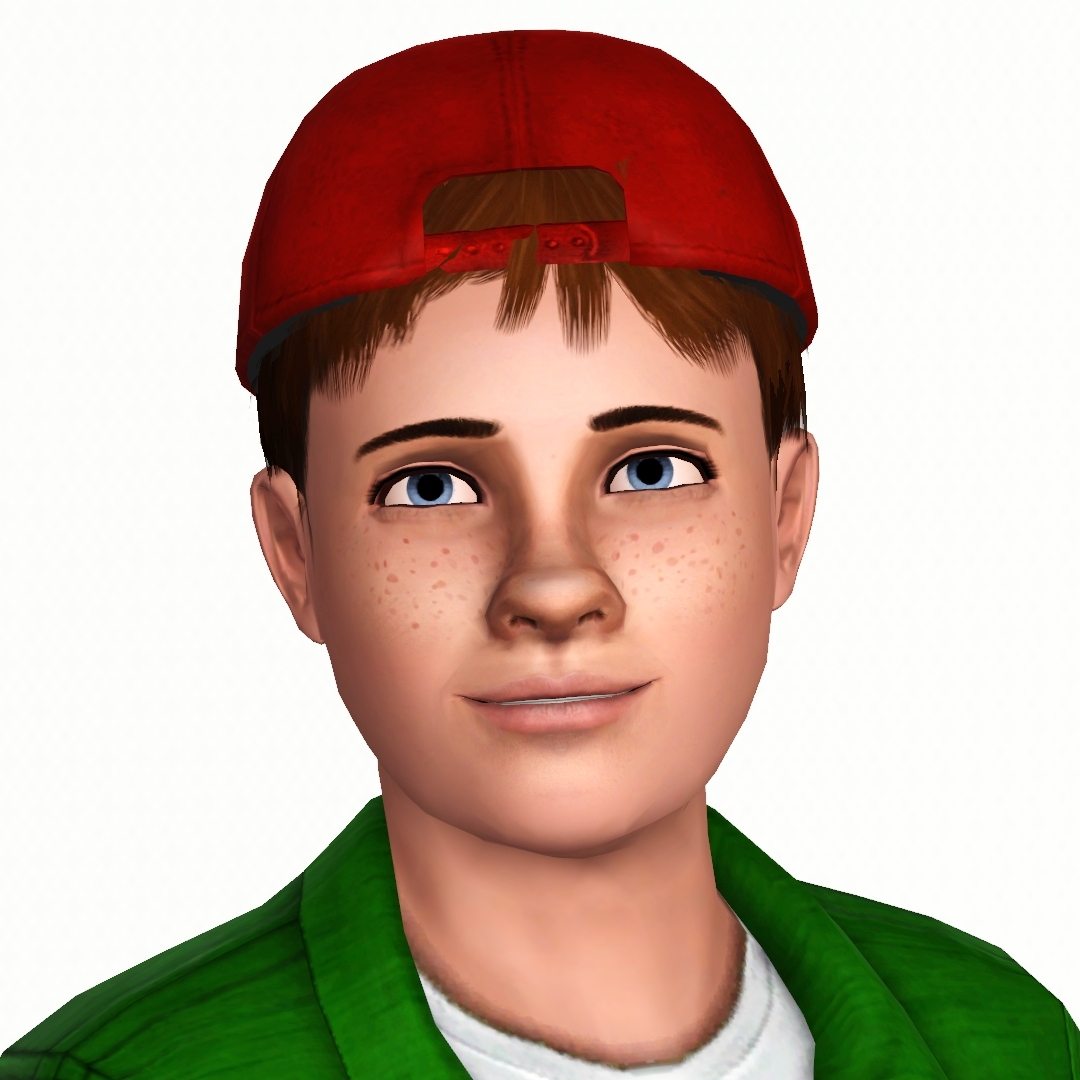 CC Used:
- You're Only Smoke 'N' Mirrors by simsxolove [Tumblr]

The hair and eyebrows seem a bit darker in your creation. The jacket might be a lighter shade
WatermelonSandal

The original looks chubby whereas your version does not. So maybe a rounder face, more cheek (and/or try the fatness body slider). In a rounder face, maybe move the eyes a bit lower. The eyes seem to sit on a rather straight line in comparison to the original, formed more like a half circle/oval. Your version's eyes are still rather round in comparison. The eyebrows seem to sit a bit higher in relation to the eyes in the original version. The ears should protrude more. I have never seen that comic series, but the profile of your TJ is very flat. What happened to his nose? I'm also not sure if the eyeliner helps, maybe remove that.
I tried to make a "schematic" picture to illustrate my points, of course it's very rough but I hope it shows what I mean.

I'm pretty sure I'm on the right track now.

By the way, that's not eyeliner. I'm not sure what it is, probably just a shadow created by his eyelids.
Creator of Shields Road [TS2] - Carrer de Hebra [TS2]
fascisthater
Trainee Moderator
staff: trainee moderator
#6

Yes, this does seem like a much better match with a fuller face as Norn suggested.
WatermelonSandal
Inventor
DELETED POST
Original Poster
3rd Oct 2019 at 10:39 PM

Here he is after curving the mouth down.
Creator of Shields Road [TS2] - Carrer de Hebra [TS2]
WatermelonSandal