This user has the following games installed:

Sims 3, World Adventures, Ambitions, Late Night, Generations, Pets, Showtime, Supernatural, Seasons, University Life, Island Paradise, Into the Future
Rare brief Sim/Pets deformations at game freezes
On some rare occasions, when my game catches a freeze, the model of a Sim/pet might get deformed for a split second, and then go back to normal. This isn't your usual game corruption, where your characters turn into eldritch abominations for good, but a brief visual bug whenever the game catches a freeze, after which the characters look normal again with no sign of corruption, and after that nothing else seems to indicate that something is wrong. Is this a known problem, or should I be paranoid about having potential bad CC? Delphy's Dashboard doesn't report any corrupted CC installed. Just to be clear, the game seems to be perfectly fine with no major glitches that would indicate something is wrong with it, it's just a rare and brief visual bug that makes me go schizo over whether or not my game is corrupted, and that's my main concern.
Advertisement
nitromon 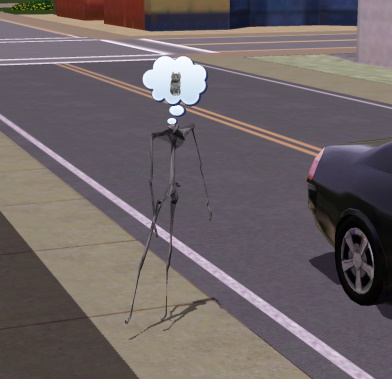 If so, I have no idea what is causing it but my game seems to be fine as well.
nitromon

Well typically things like that is usually a mod that adds some interaction which didn't come with proper animation.

For example, a mod that adds "watch" to cat/dog over something that only has human animation, so they try to play the human animation with the animal model. Similar thing happened in the past where NPC sim gets sick if your active sim includes a doctor. You are suppose to cure it. Now everyone around, the NPCs, will rush to the sick sim and "watch." However, EA forgot to include the animation for children but gave them the interaction. The result is children watching the sick sim and their neck gets stretched.
Sanity is overrated.

There. Mystery solved.
Back to top