Forgot her name but this was a while back.
Natashenka

Thankfully, Yusun didn't have such a terrible pregnancy this time around (see above post for fires and a full moon).
She didn't show much this time, which lead to a surprise when it turned out she was having twins!

Skye is attempting to watch TV while her parents fuss over her soon-to-be-born siblings. Apparently it's important for babies to know about shoes before they're born. Then while making her way to the kitchen for waffles, Yusun goes into labour. A few hours later and they're welcoming twins Natasha and James home. Quote:
Sim: Danica Romano. Her First Pregnancy with her twin girls Sireyll and Maelyn is with her in the generations shirt :3 Info on the twins: they were born witches as a result of being born on the full moon ( http://modthesims.info/d/520400 i have this mod installed if anyones interested in installing it sorry if im not allowed to link it :3)
StupidFlanders I know this thread is basically dead but I'm reviving it with my pregnant sim LOL
Elvira pregnant with her 6th baby, 1st in-game pregnancy and second daughter
Her hubby Carlos being a happy daddy-to-be while their daughter Mara looks not so happy and their nanny teaches their toddler son to walk lol:

Telling the baby about shoes because Carlos is a doof:

Labor! Not long after this, she went to the hospital and had a baby as soon as she got there, probably because she was already a few minutes into labor and her palace is somewhat far away from the hospital. She gave birth to a baby girl named Renesmee Rhodivich, whom I don't have a picture of and almost immediately aged up to a toddler because the baby stage is boring and I set it as 2 days so she would've aged up the next day anyways lol

To make things fun, in my overstuffed Sim household of 20, my persona, her 4 sister wives, and her daughter-in-law, are all pregnant! That's right, 6 pregnant sims in one house, one to become both a mother and a grandmother again, 2 pregnant by the same man, 3 pregnant by the other man! They have 7 children between them already, one of which is the husband of one pregnant woman and son of my persona (but not the father of his wife's child, her other husband is). They were all pollinated using Mastercontroller while the game was paused too, so they're all the exact same length of hours into their pregnancies as well.
Elvira and Marie Louise once they found out and were changed into appropriate clothing:

The Countess/Elizabeth, for some weird reason her hair turned to blue from blond, no idea, some glitch I guess:

Bumps beginning to show on Elvira and Marie Louise:

Dot feels Bette, who is bigger than her for some reason, no it's not Dot's outfit, I tried changing it, she's just not showing much

The Countess and Princess Dysentery:

Prince Inbreeding is happy too:

The family certainly will be busy!
CasperTheFriendlyGhost

Zane and Ruby expecting their daughter 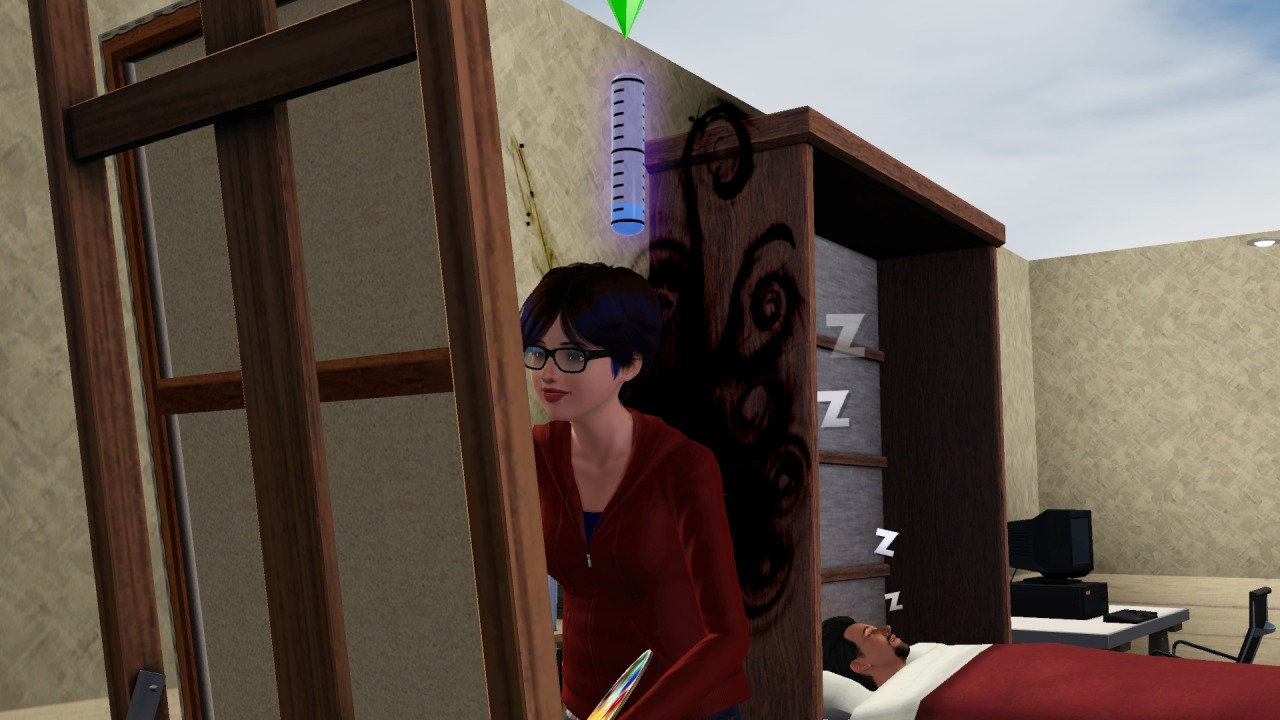 My sim for the Isle of the Midnight Sun challenge.
Estrello
Test Subject
DELETED POST
21st Oct 2016 at 5:06 PM

This message has been deleted by Estrello.
stephiebaby
Lab Assistant

My 7 polyamorous sims when they were all pregnant with their first children. They're now all pregnant again along with their servant girl Scarlett whom is pregnant by a random dude in town:

Jessica Talon was visiting Plasma 501 when she went in labour. Usually, sims go nuts when they watch another sim give birth next to them but this time Matthew Hamming, Emmy Star and Lilly-Bo Chique thought that the piano music was more interesting to watch (until Lilly-Bo realized that she needed to pee

). The funny thing was that my active sim, who was having a drink at the bar upstairs, alerted me to Jessica's "situation" (he DID go nuts

) or I would have missed it. I was expecting to see the baby but Jessica got into bladder desperation too and she understood that it was time for her to leave. I wish I would have thought to follow her