More updates. I'm getting closer to filling out the entirety of the town and am nearly done finishing the church in its entirety.

An experimental lot I'm adding to the colonial-era part of the city that hasn't been restored and is still pretty slummy by comparison. It is based on images of Binondo and San Nicolas in Manila. This pair of buildings is meant to represent an apothecary, or basically an elixir consignment store. The supernaturals in the city (with the exception of the modern political clan, the Marquezes) tend to hang out in the colonial part of town as a nod toward old superstitions. One of the families I'm working on is an out and out expy of the Addams family, but based on monsters from Filipino folklore. 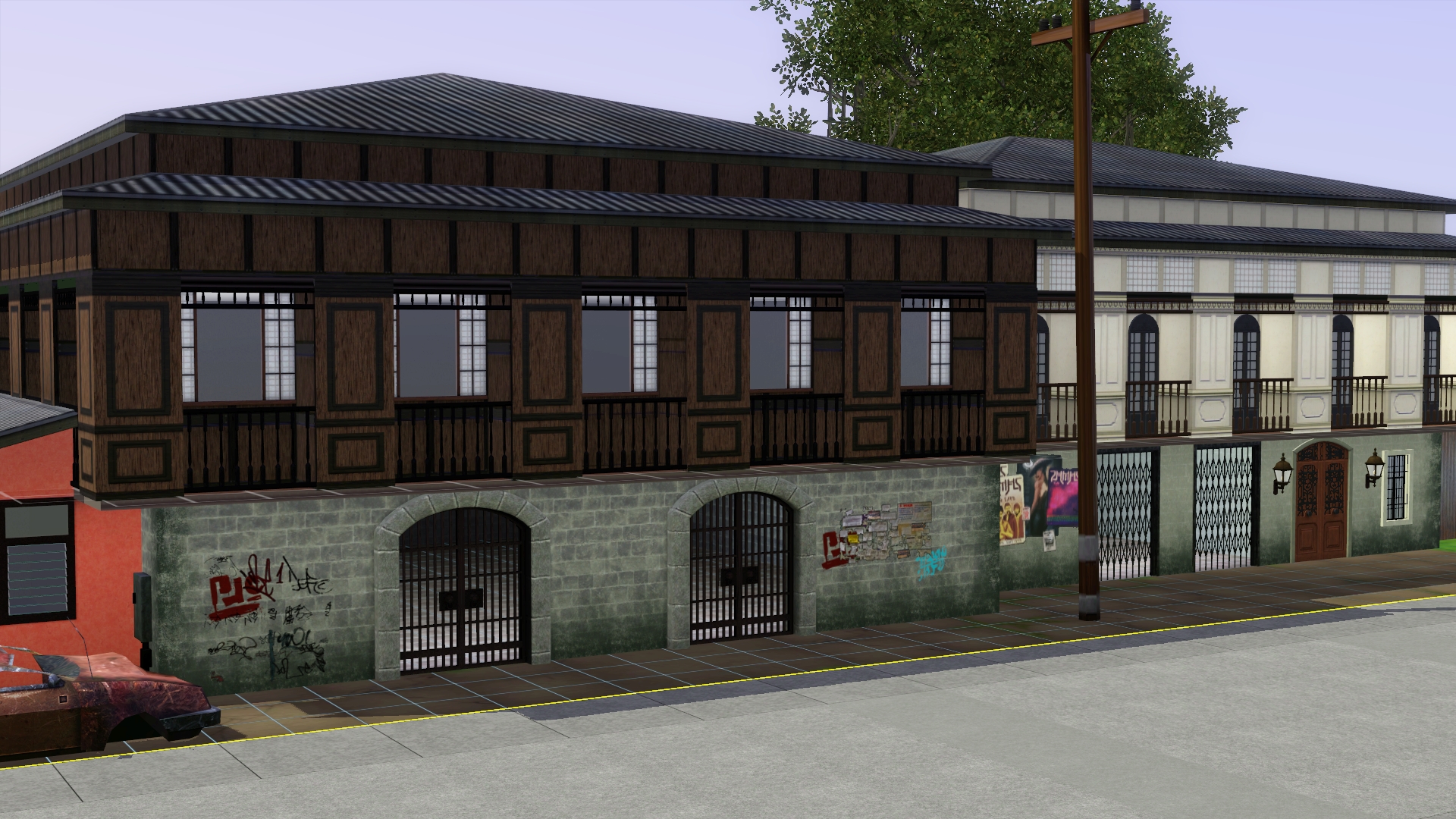 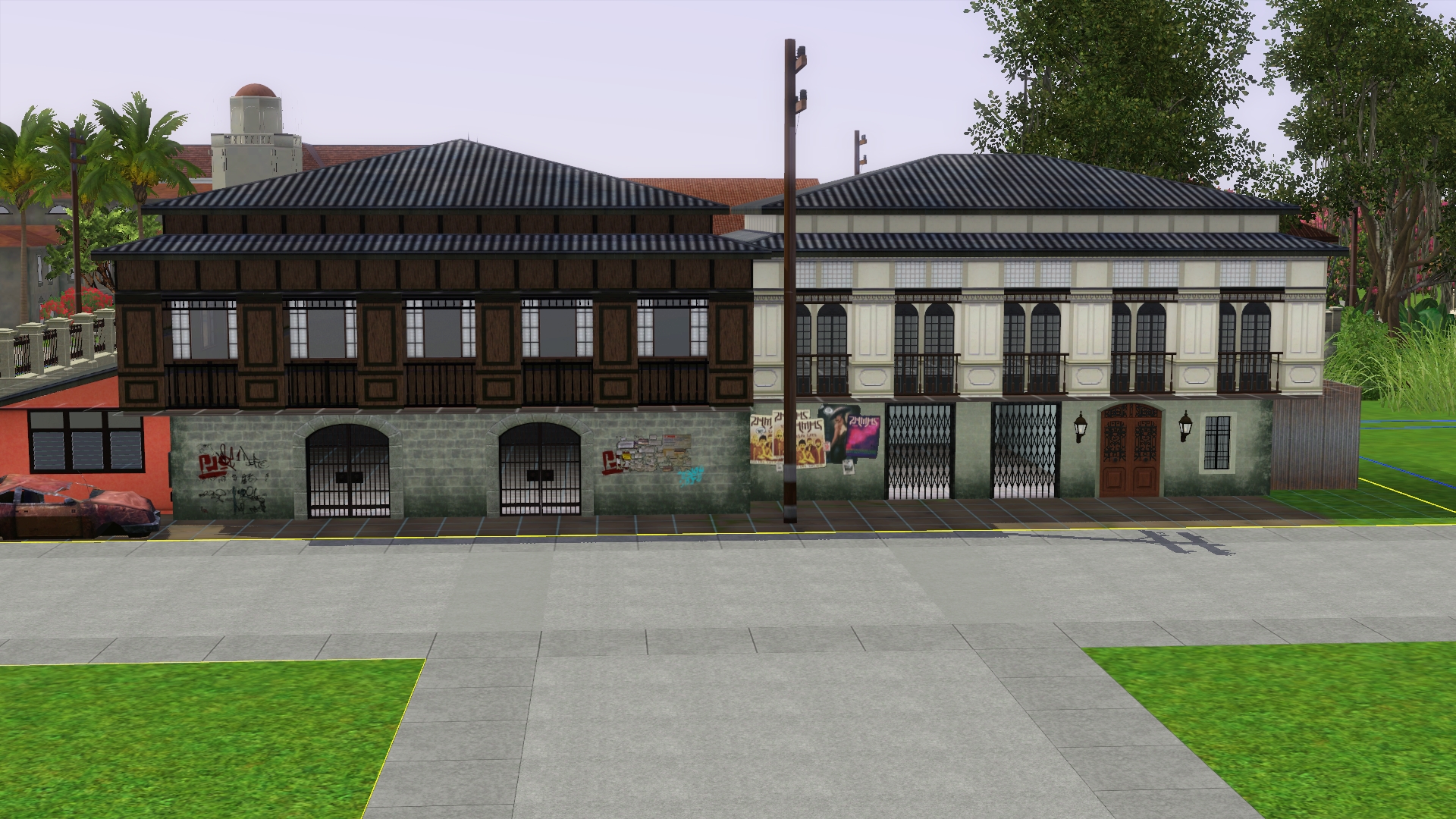 The Simeon Memorial Library, in universe donated by the eponymous political family of the same name. Said family also owns the house next door. 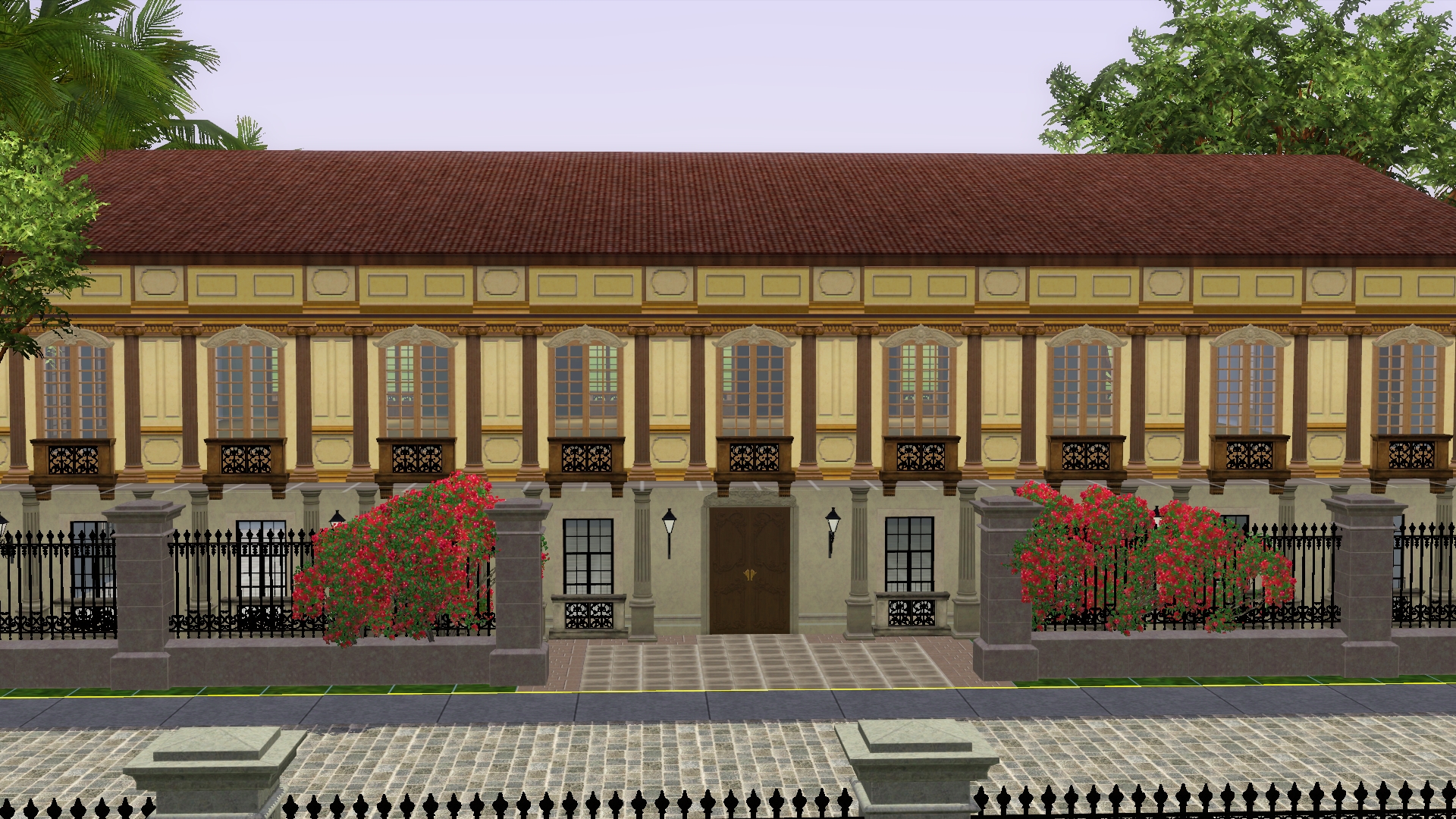 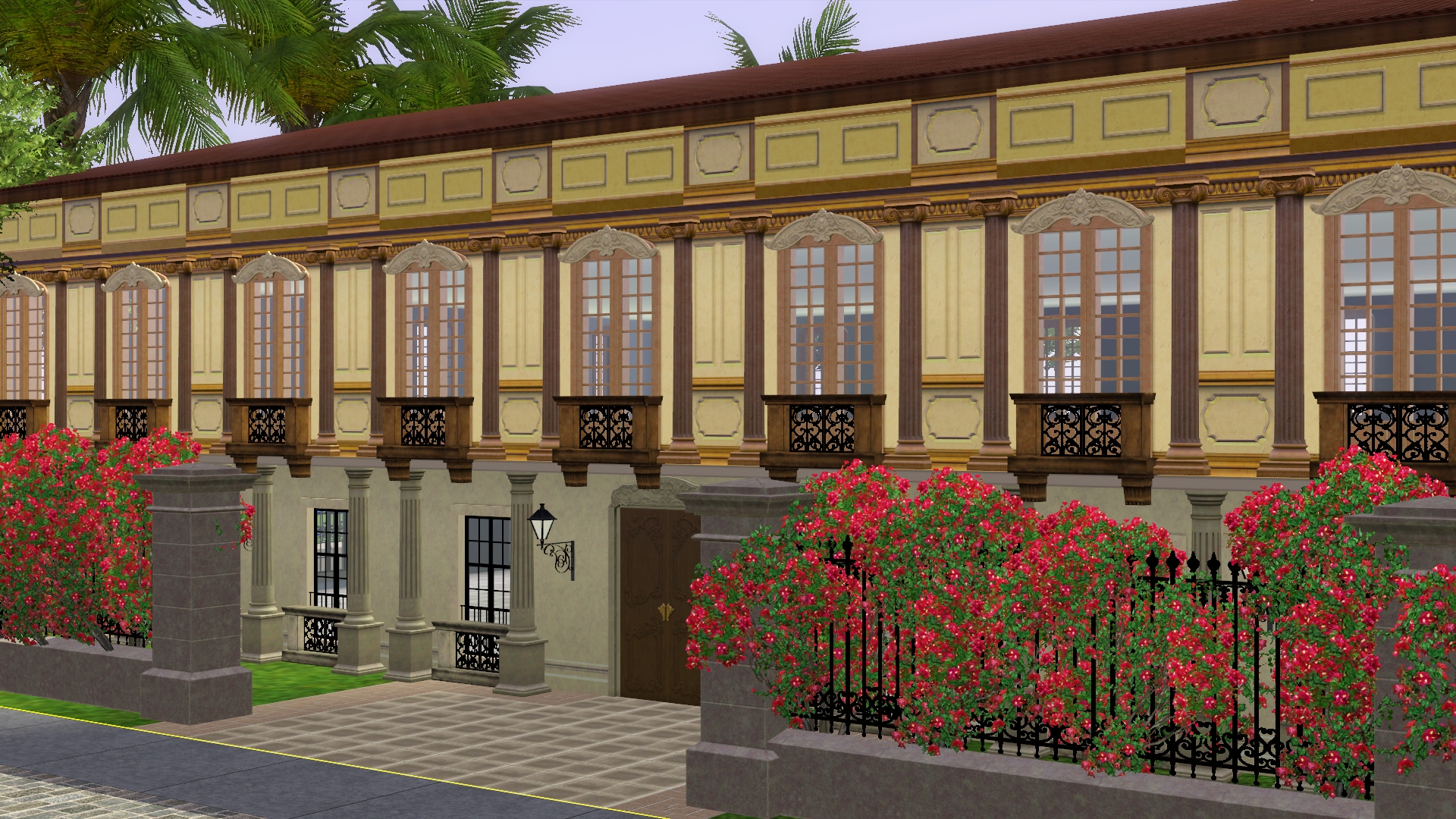 The De Salas Ancestral Home. They've since married into the Simms family. Current residents include the town's Cardinal and his sister. 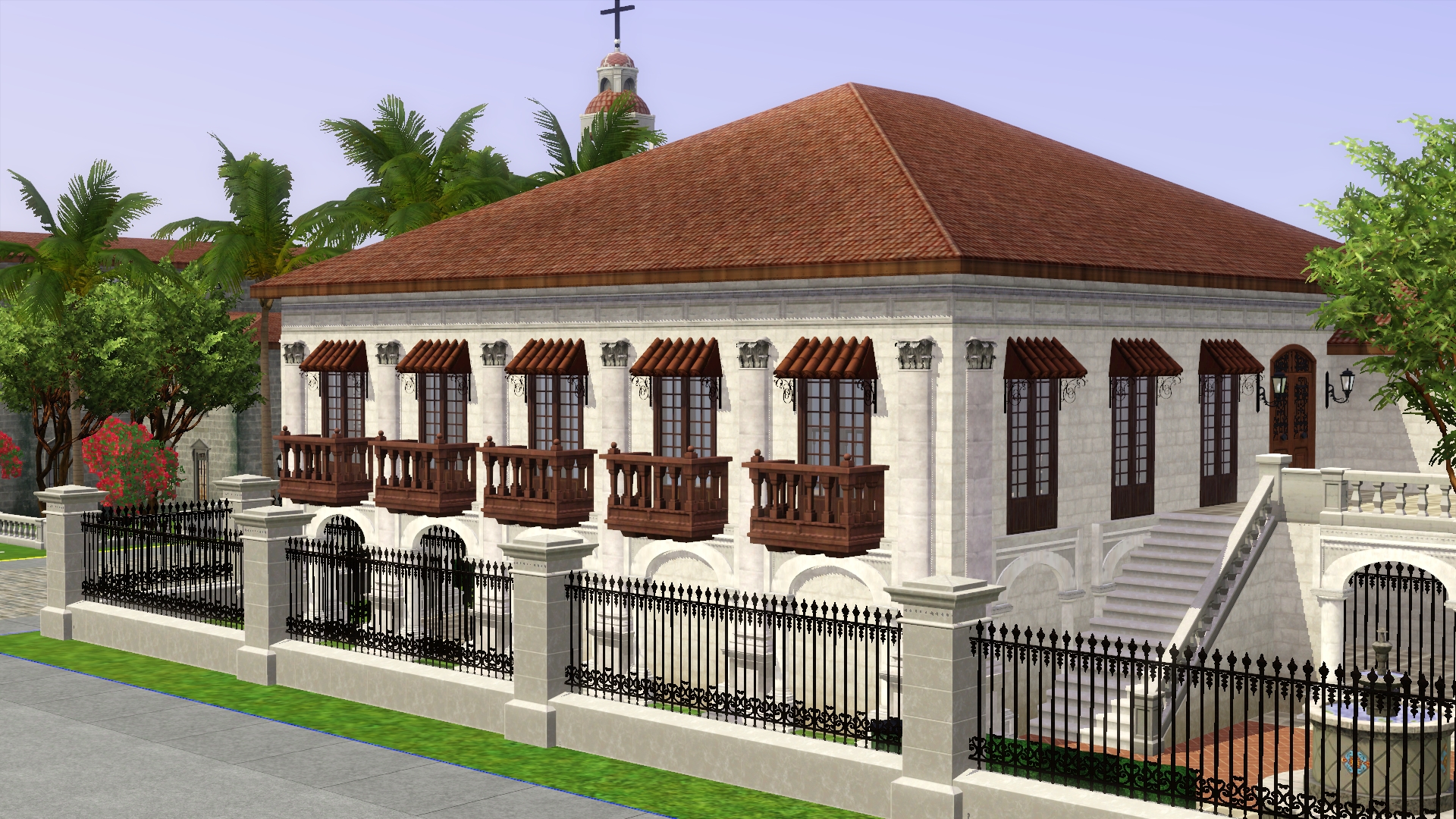 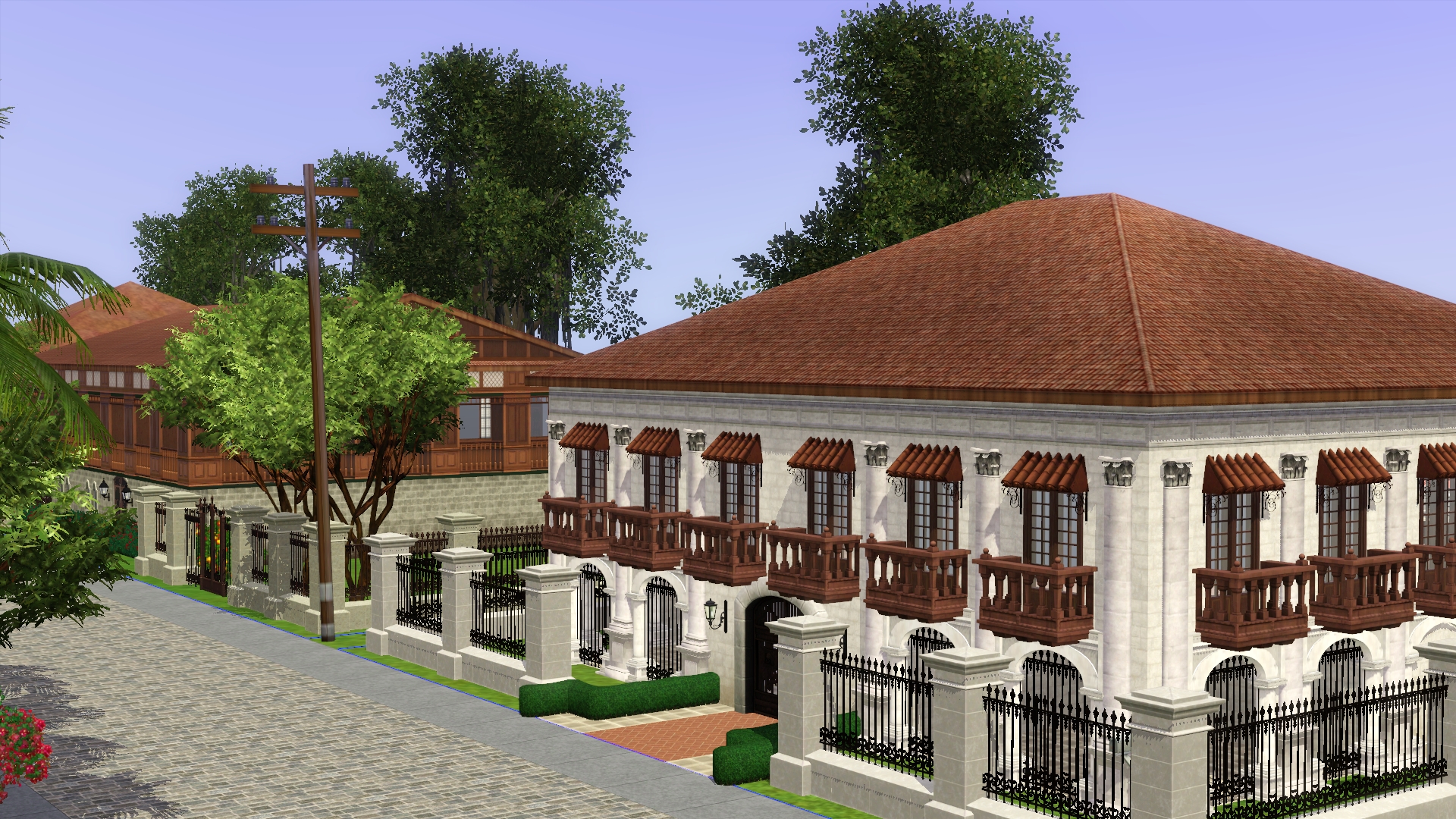 Update: I re-added the lots and began making huge adjustments to the original neighborhood. I had to re-adjust which place goes where to reflect Manila IRL. For it to plausibly be a part of Manila, The urban part of Camayao must face the sea and the rural part is loosely based on lakeside communities away from the City Center. Of course, there's no location IRL that allows the lake to be that close to Manila Bay, so it's all suggestive/artistic license on my part at this point. As is, I'm basing Camayao on a pastiche of several Manila-region cities. I can confirm that not all of that region is as built-up as Manila and there are large swaths of land that are just undeveloped wetlands (in hindsight, this might have made this delta the worst possible place to put a major city), which might solve part of my distant terrain issue.

What I thought was the East Bank was actually the Southern Bank. 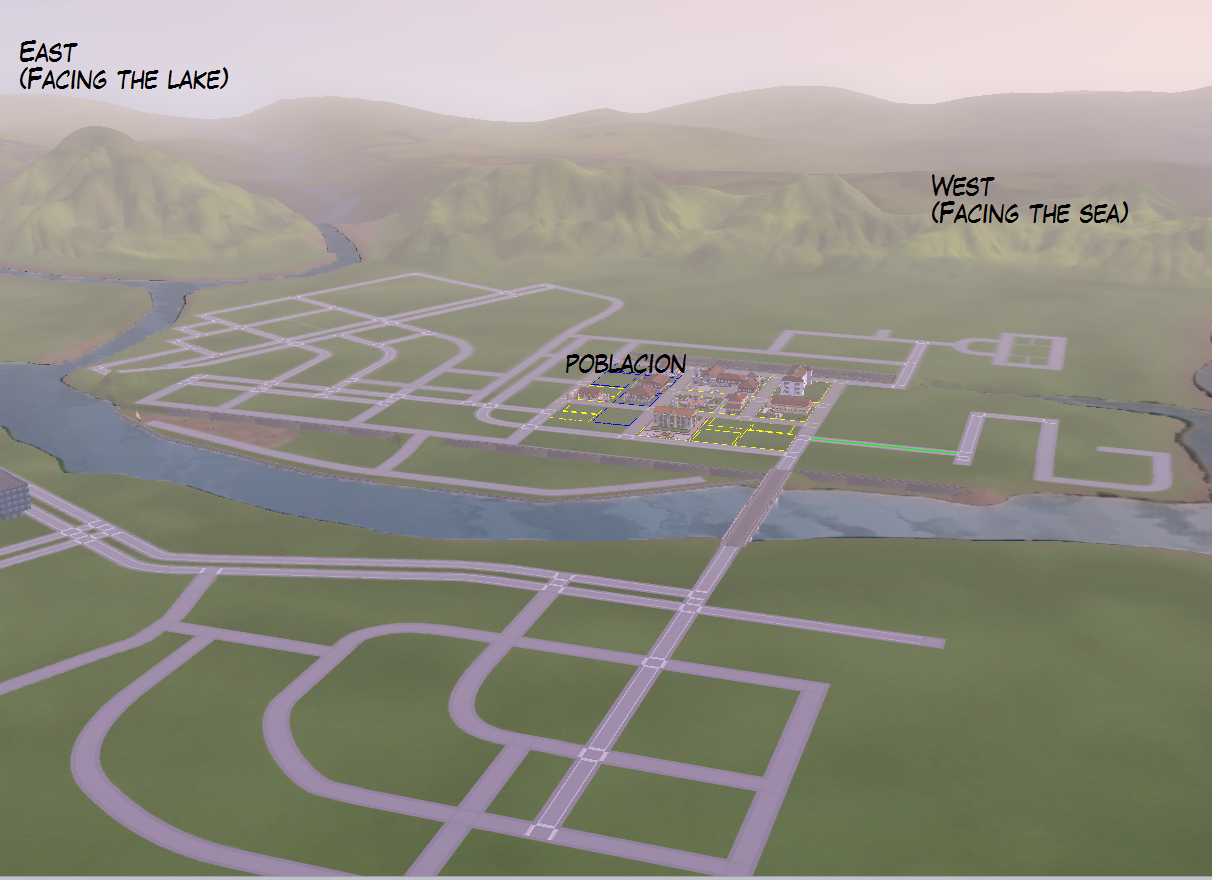 Rather than start anew, I decided to keep the old files. I'm thinking of using Isla Paraiso's weather conditions and Bridgeport's water, if that's possible, for the colors of the water.

Now, a few buildings. Ahab's, a chain coffee joint that was built into a restored old house. 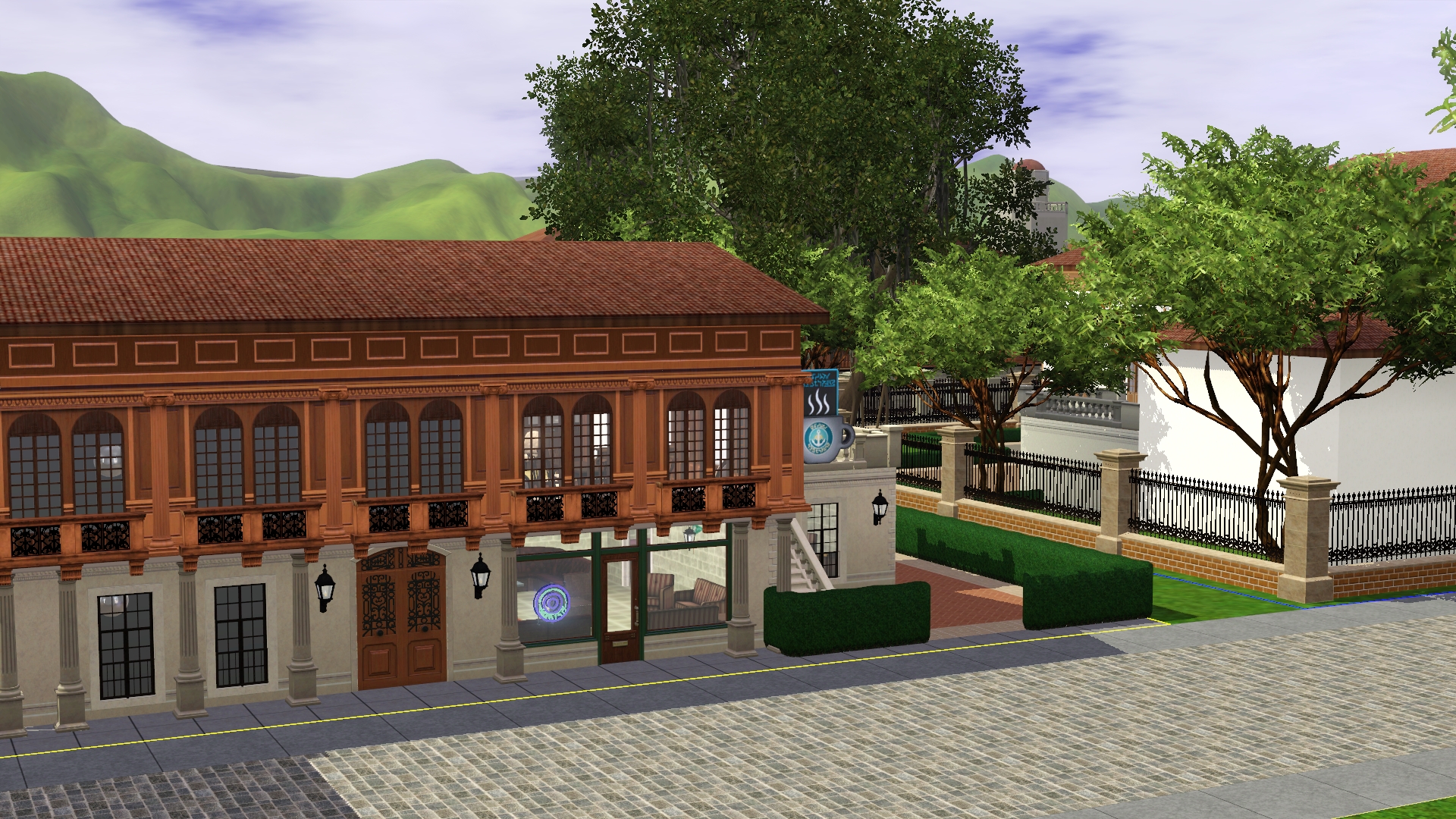 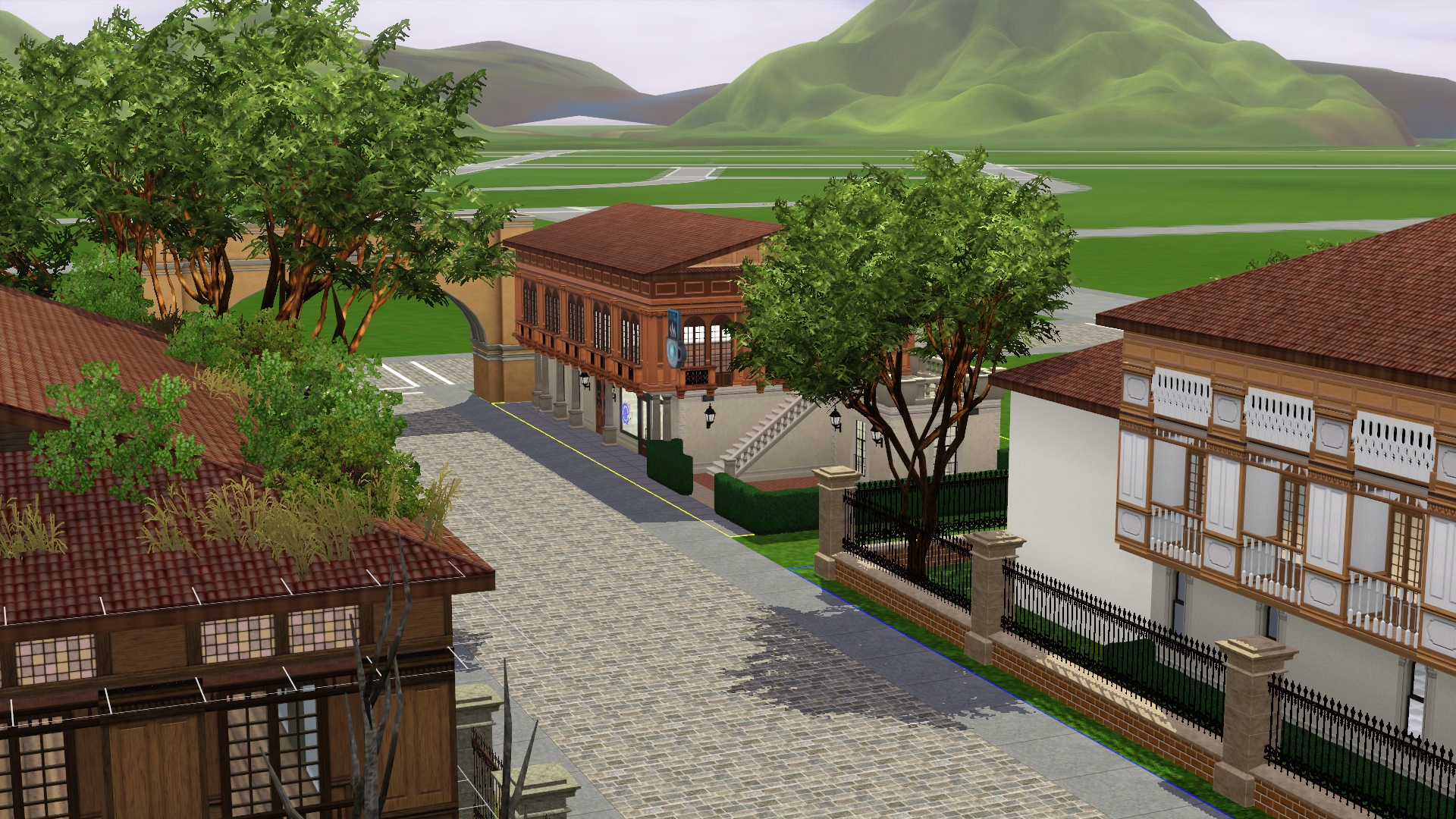 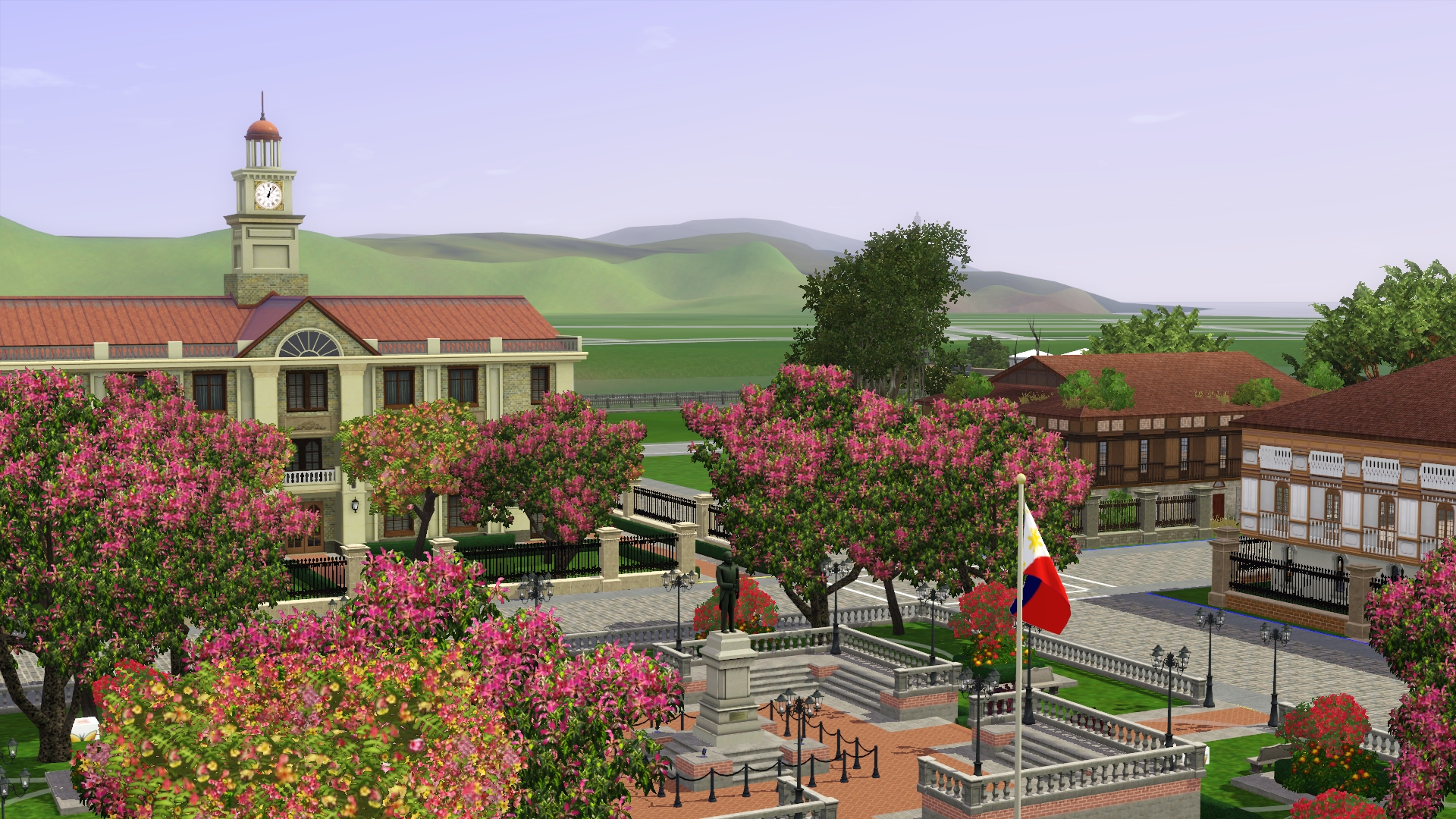 Street scenes of Poblacion, the old town of Camayao. 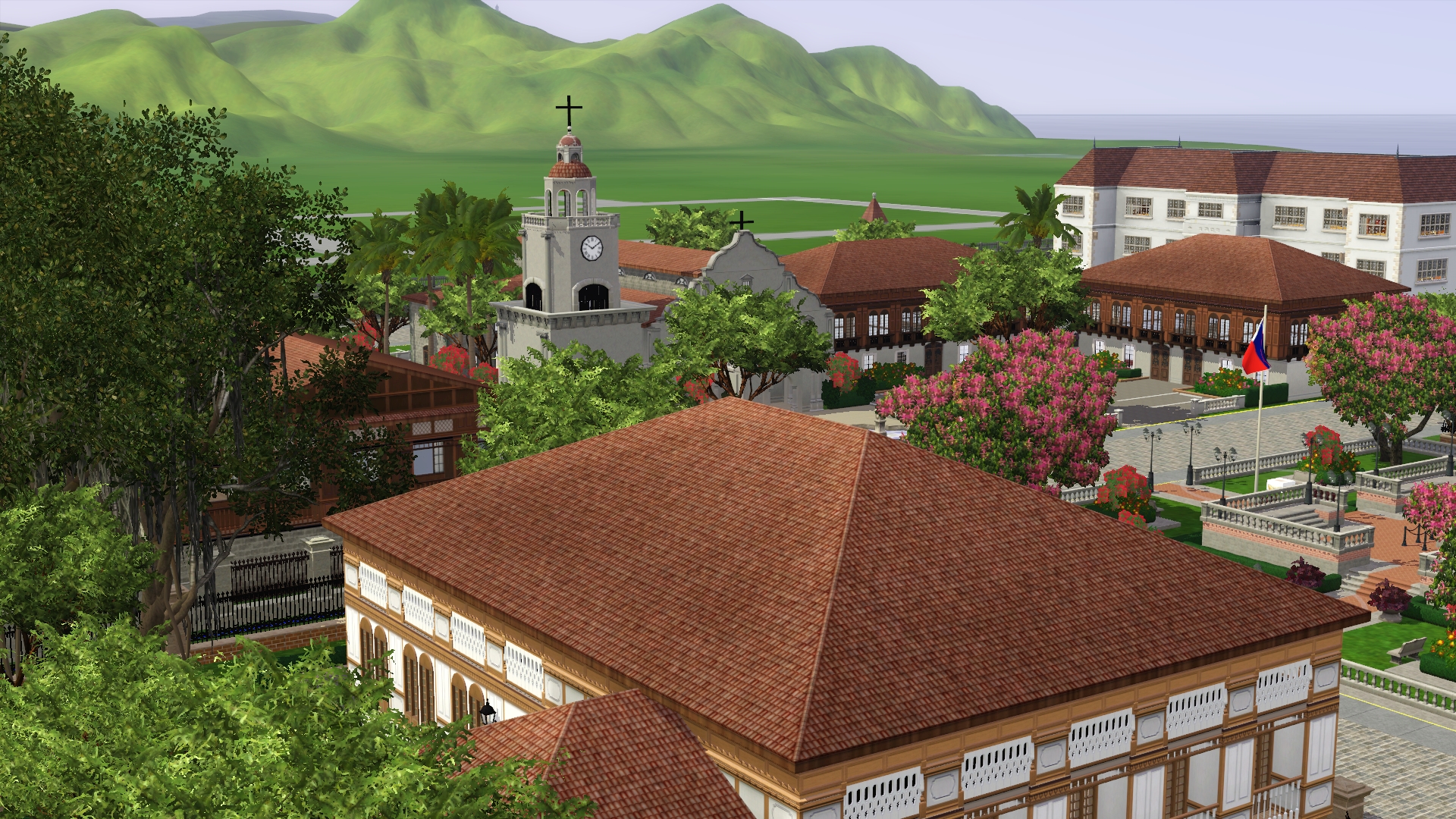 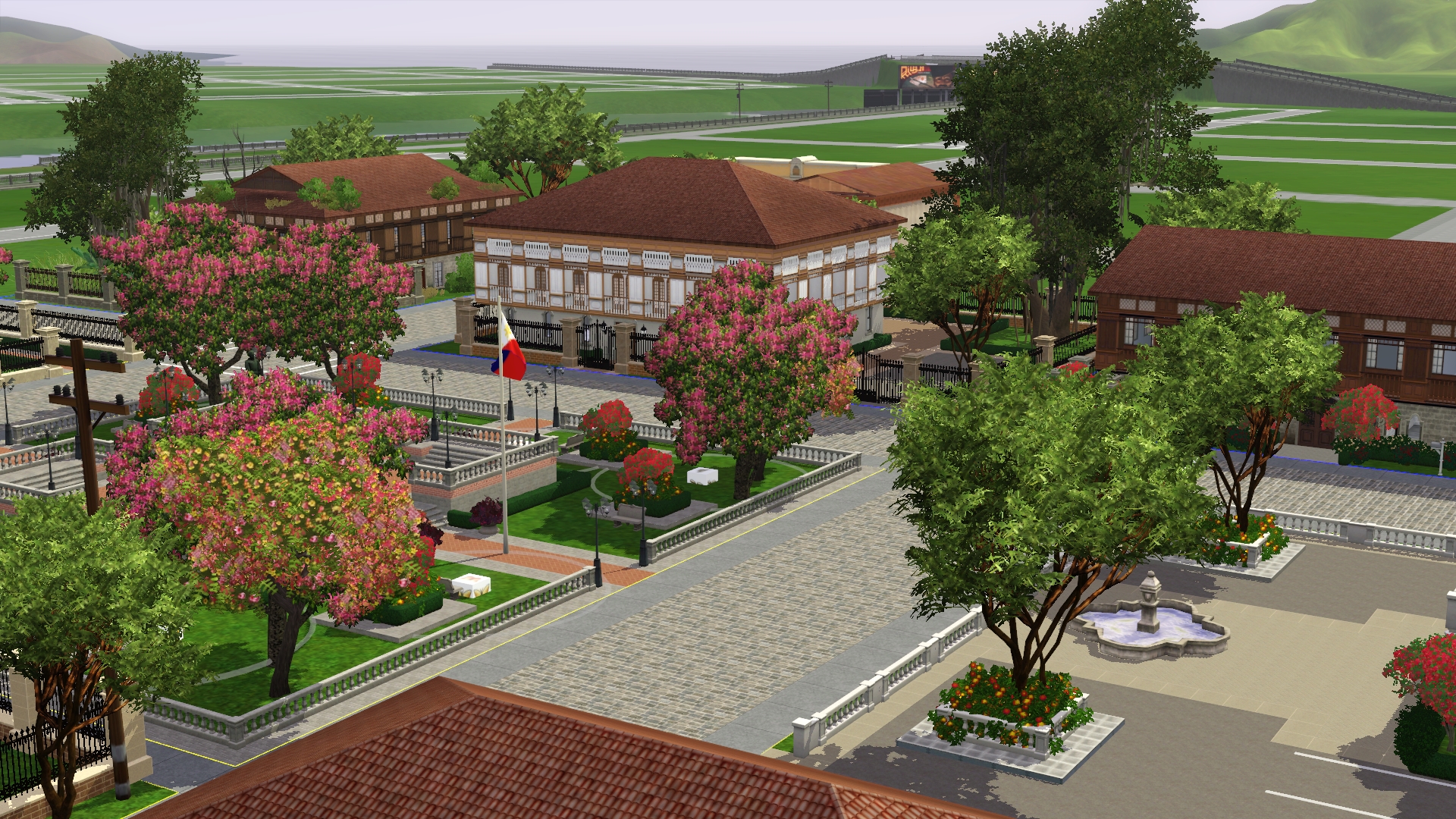 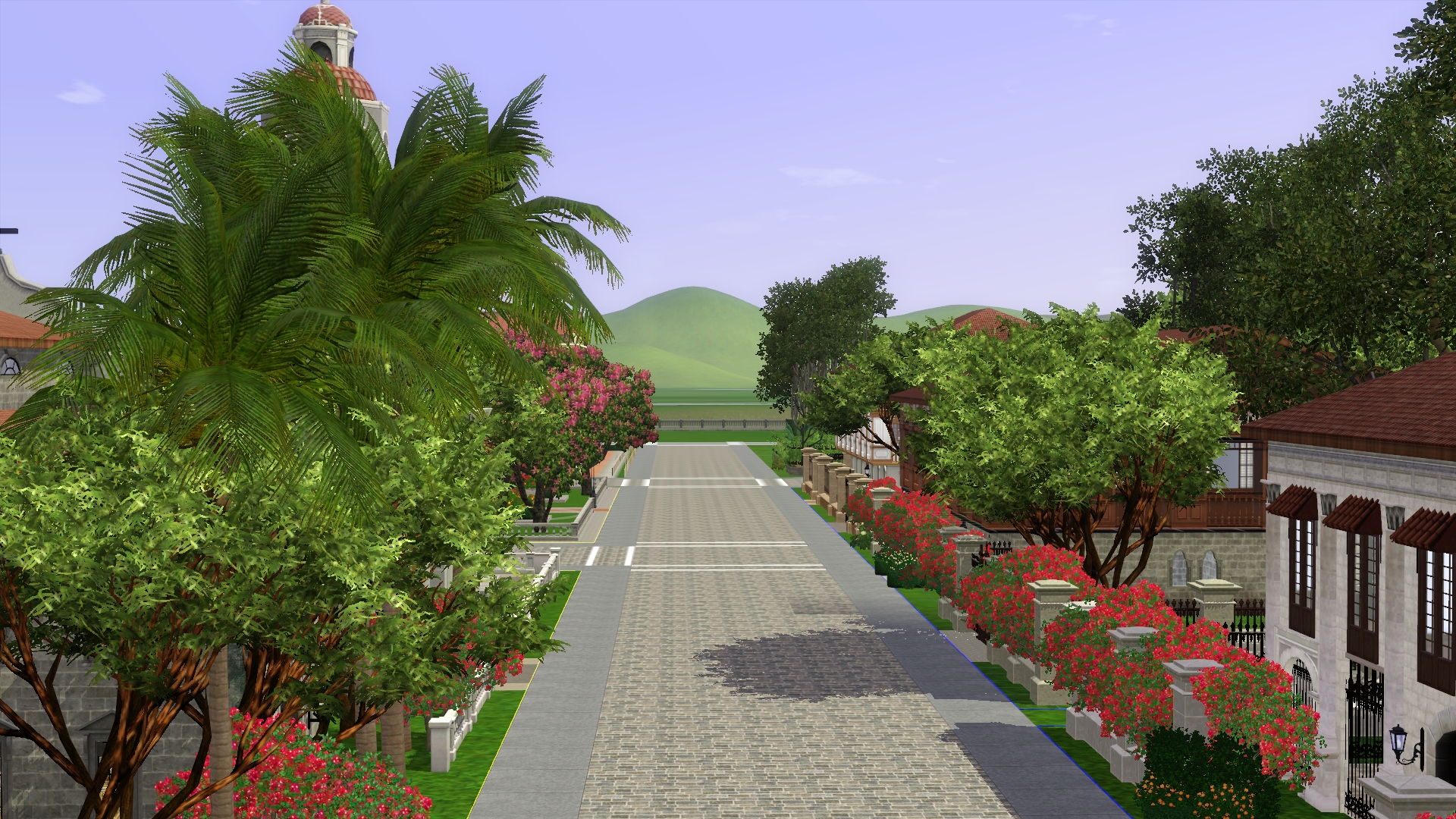 I also made this spreadsheet to keep track of the lots I need built, plus some of the proposed pre-made families who would live there.
joeabuy1000
Lab Assistant

I finished adding the roads. I'll be doing a bit of terraforming here and there while placing the lots and trees. 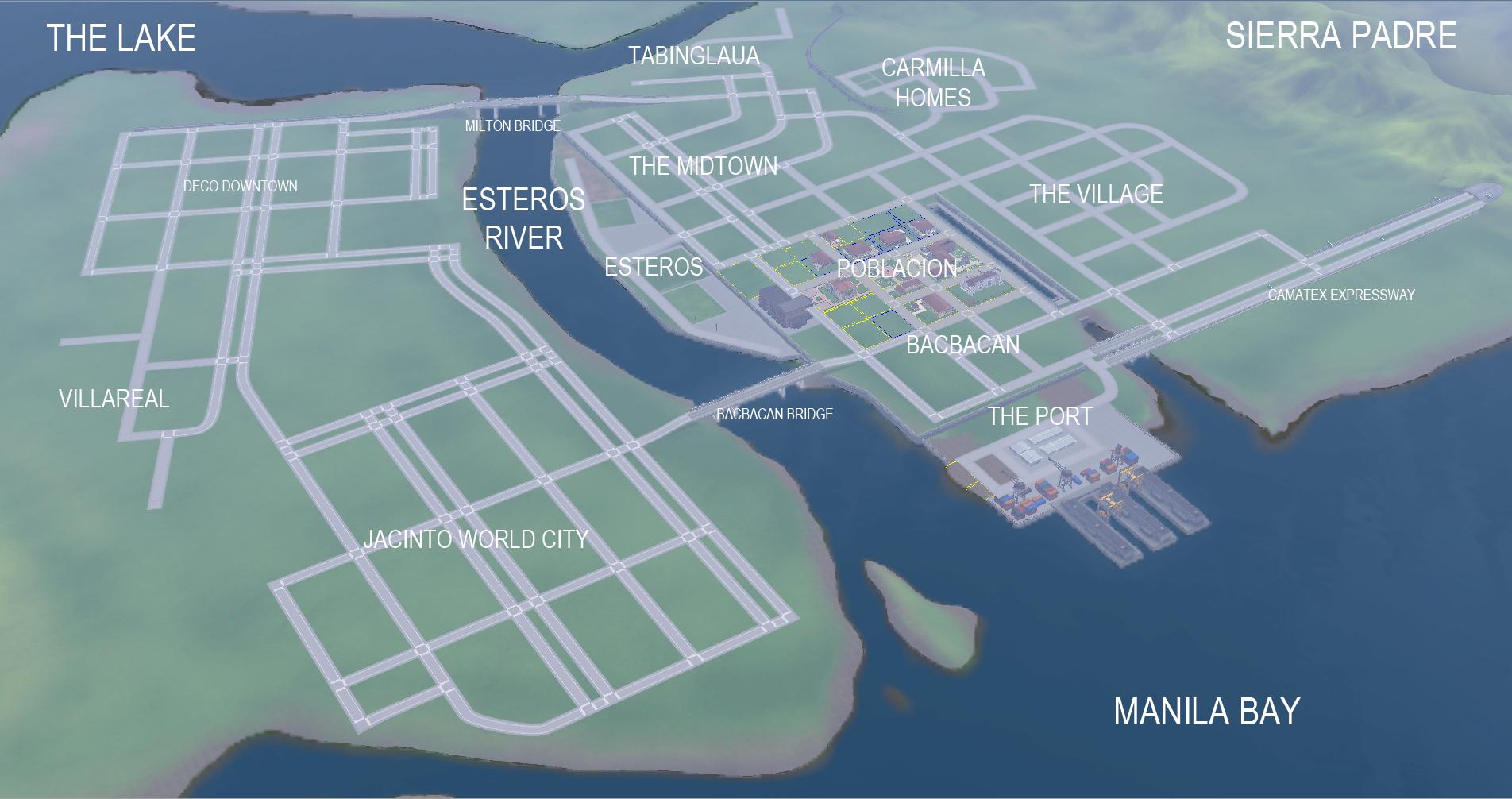 I'm also planning to launch a separate development blog for this, as well as make it collaborative if anyone else is interested in pitching a home (or a family, for the save file).
apollozaibatsu
Test Subject
#29

(This is a PH inside joke)
joeabuy1000
Lab Assistant

More sights of Camayao. First off, Carmilla Homes. They bulldozed a forest and placed in a village of tacky orange houses. At least the model unit looks good. 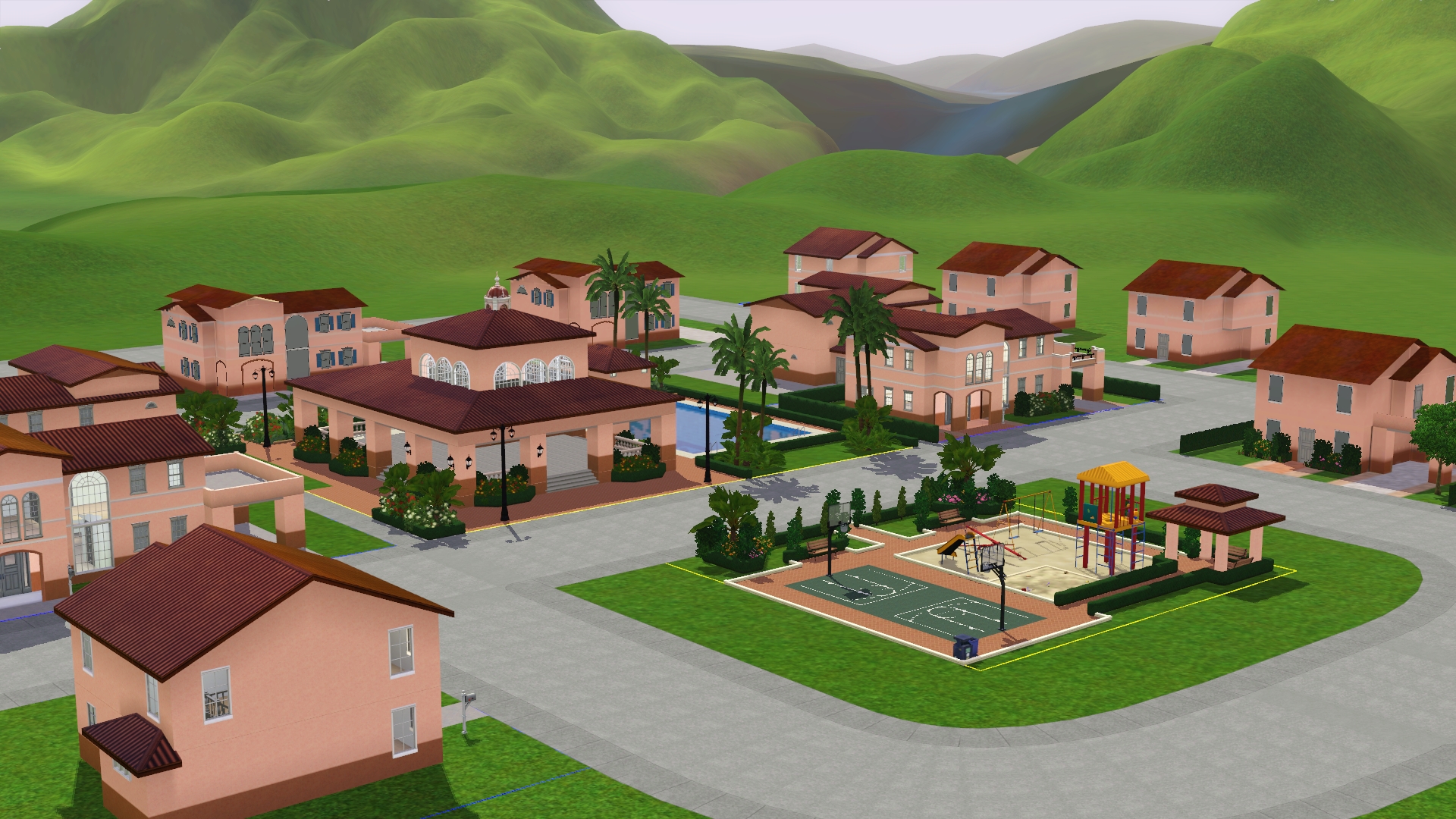 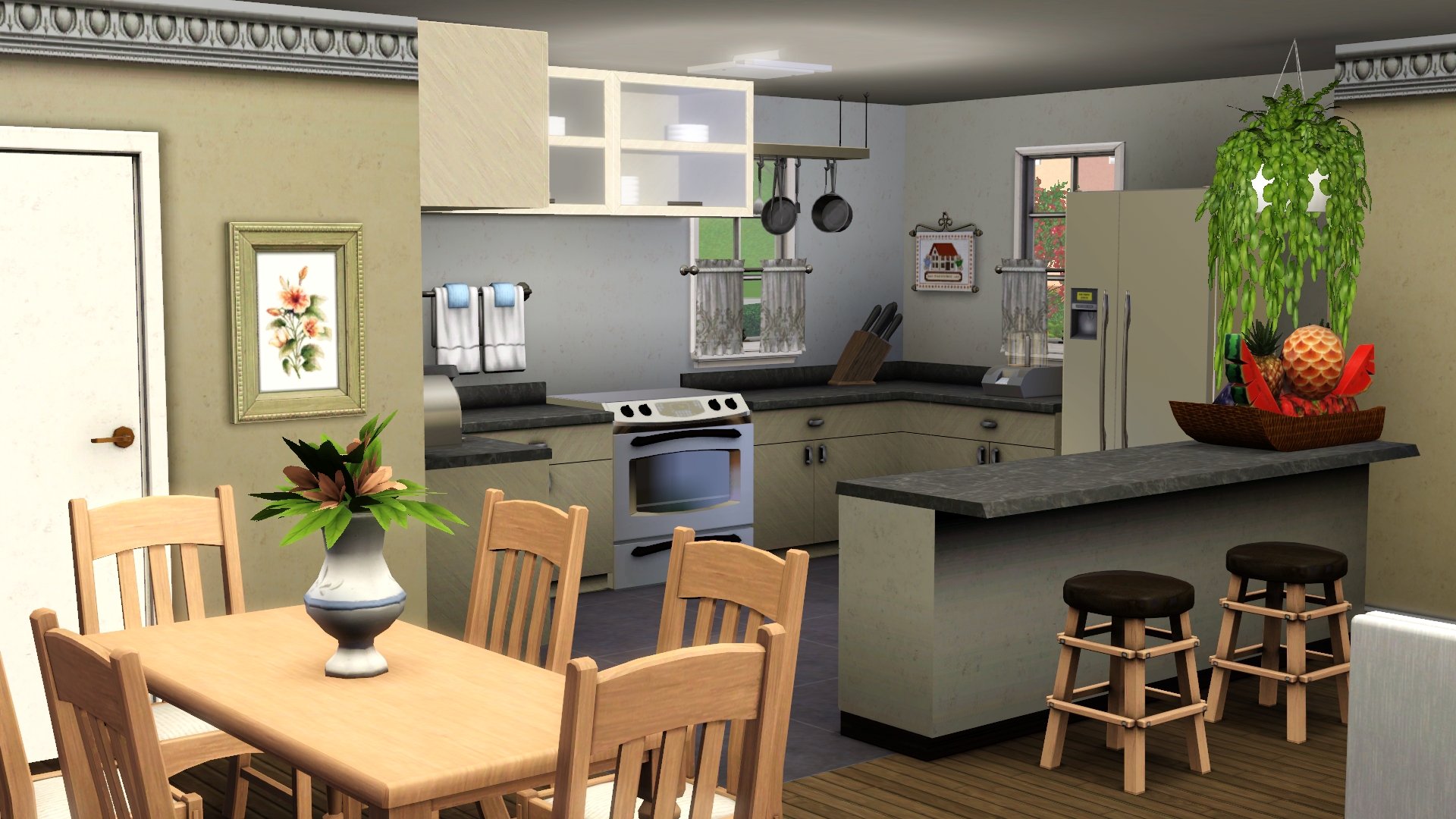 Camayao's seaside, inspired by the Cavitex toll road I travel to work back before quarantine. Also visible are the mangrove marshes. 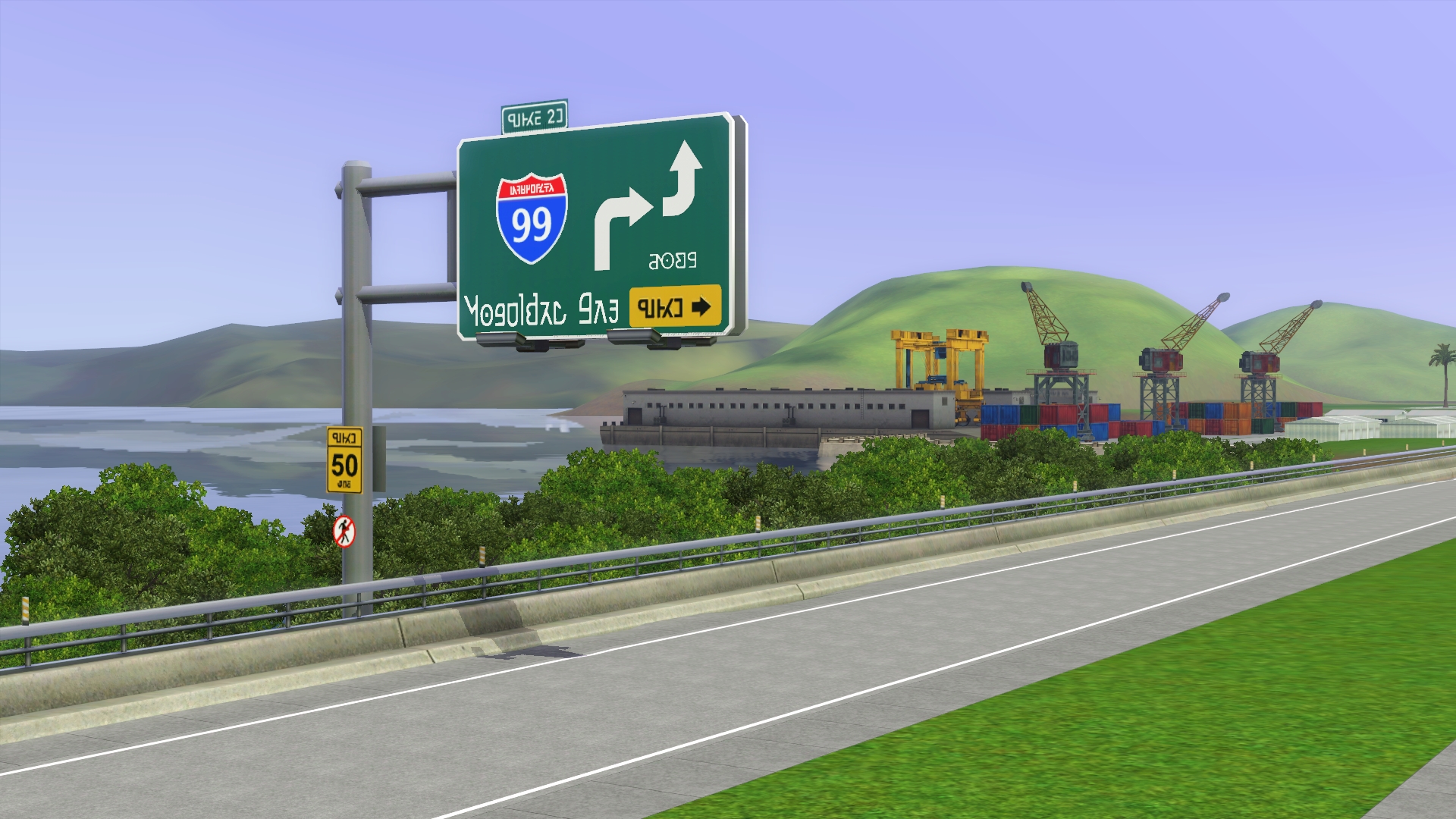 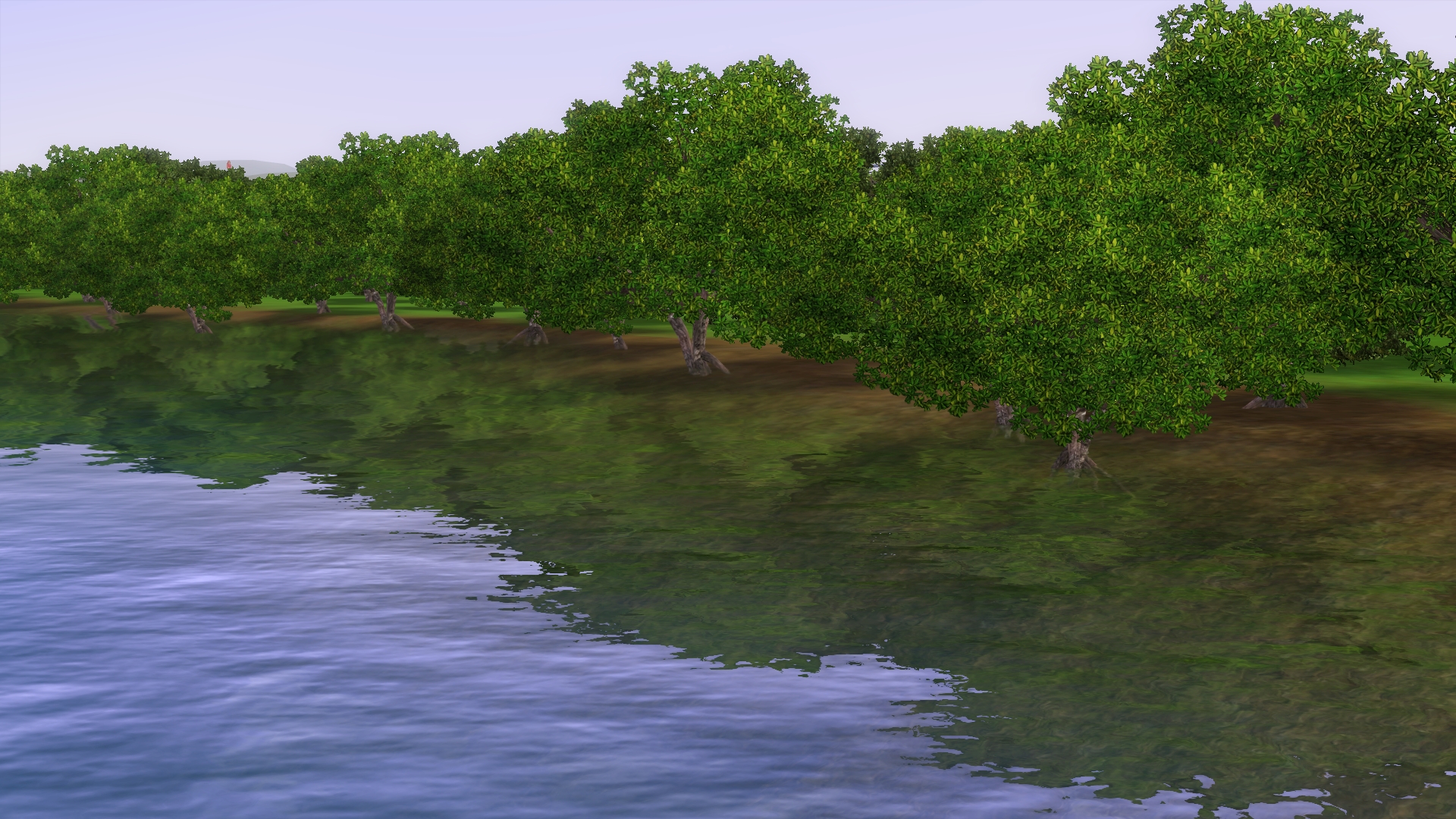 This is looking so good. Everything is made with a lot of taste and I love to read about the references you're using and what each area and building represents. Keep up the good work and can't wait to see more

Early 20th Century Neoclassical buildings inspired from those in Escolta, the financial avenue near Manila's Chinatown. Probably due for a bit of grunging since the IRL buildings still look that way even when restored. 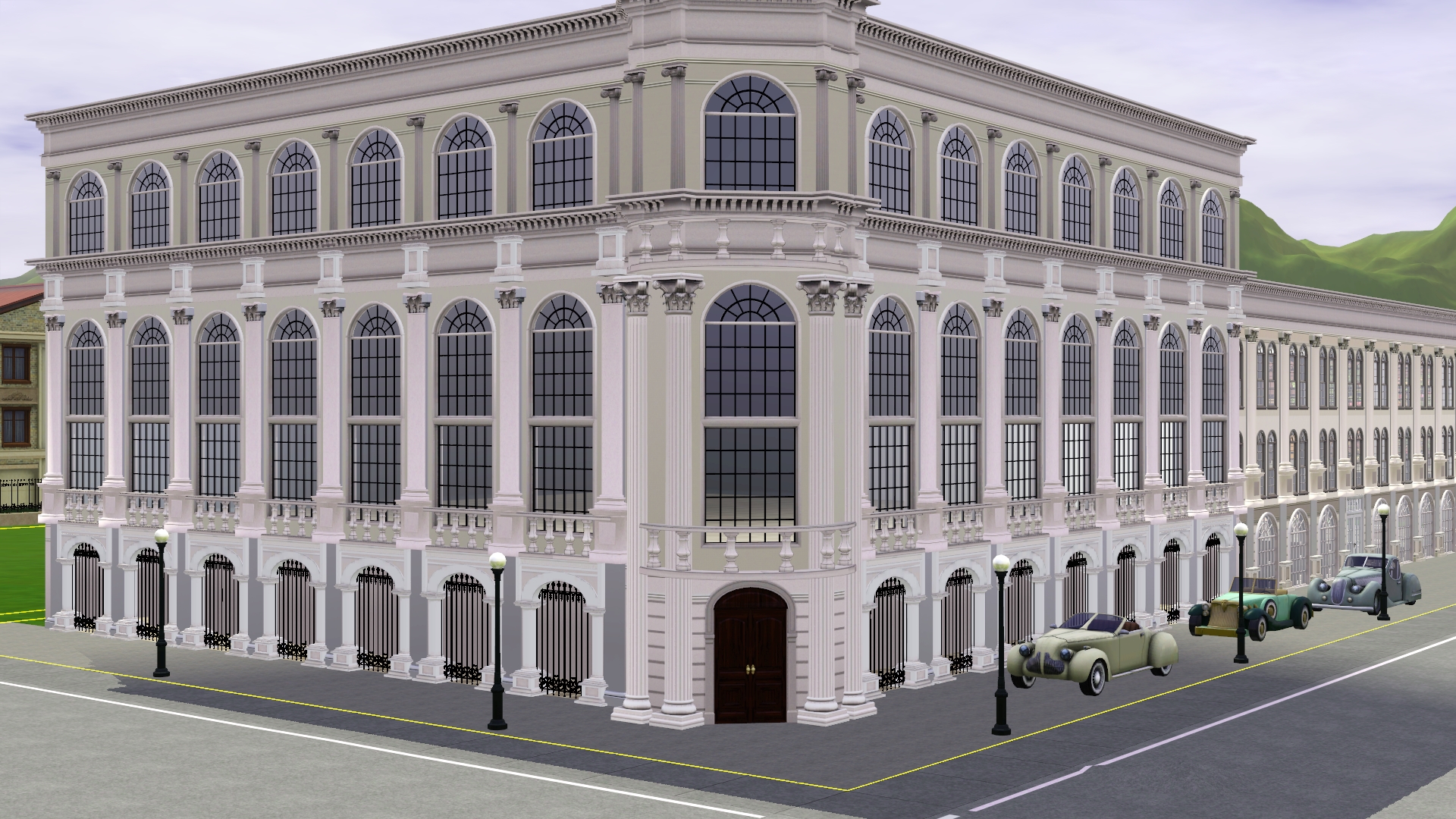 The church. Powerlines from Boroughsburg are used to add that touch of old timey grit. That and it's more realistic this way. They're everywhere. 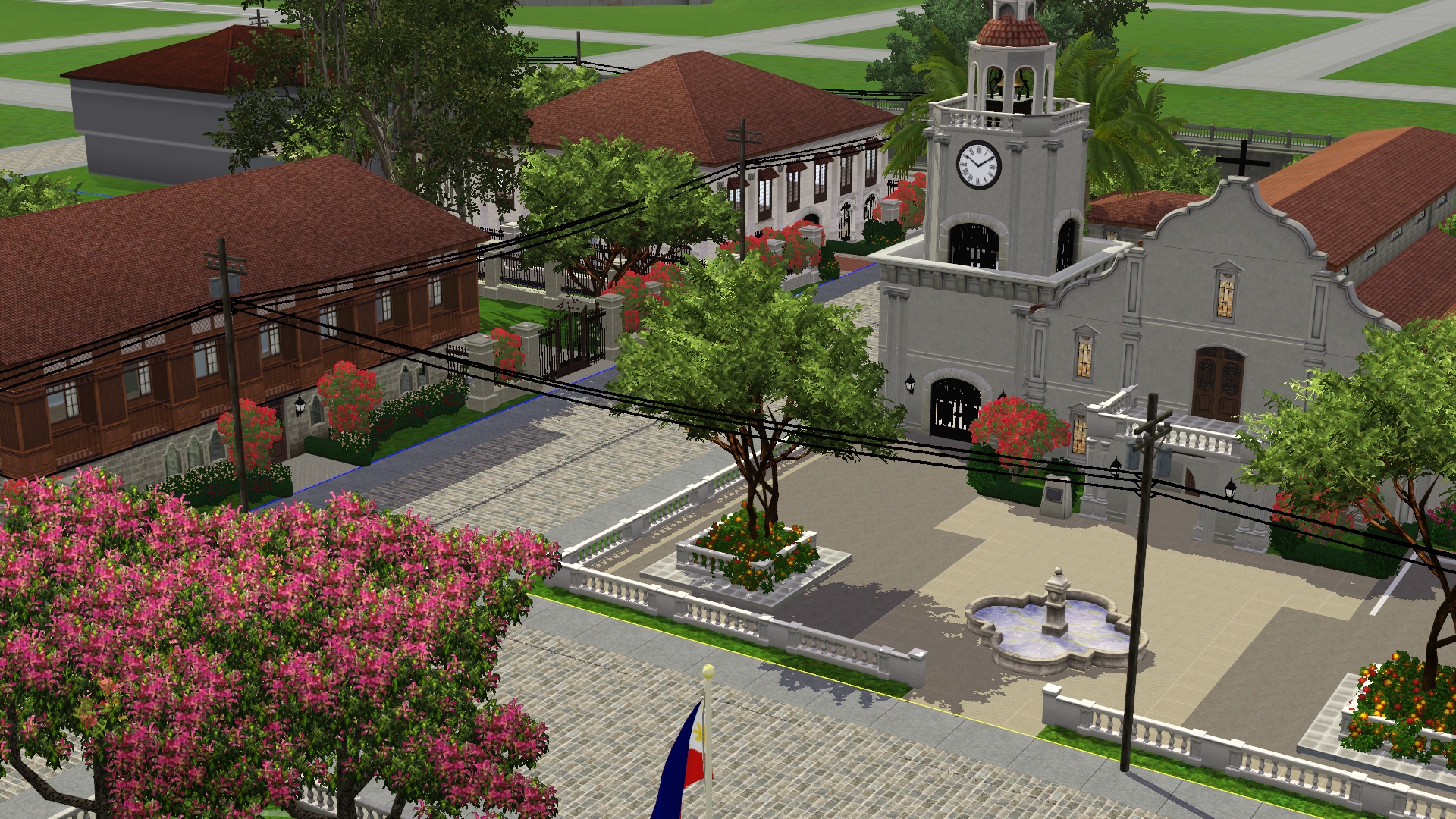 Another building from Escolta. The actual structure was rebuilt instead in a living history museum some distance away from Manila and is no longer in the city. 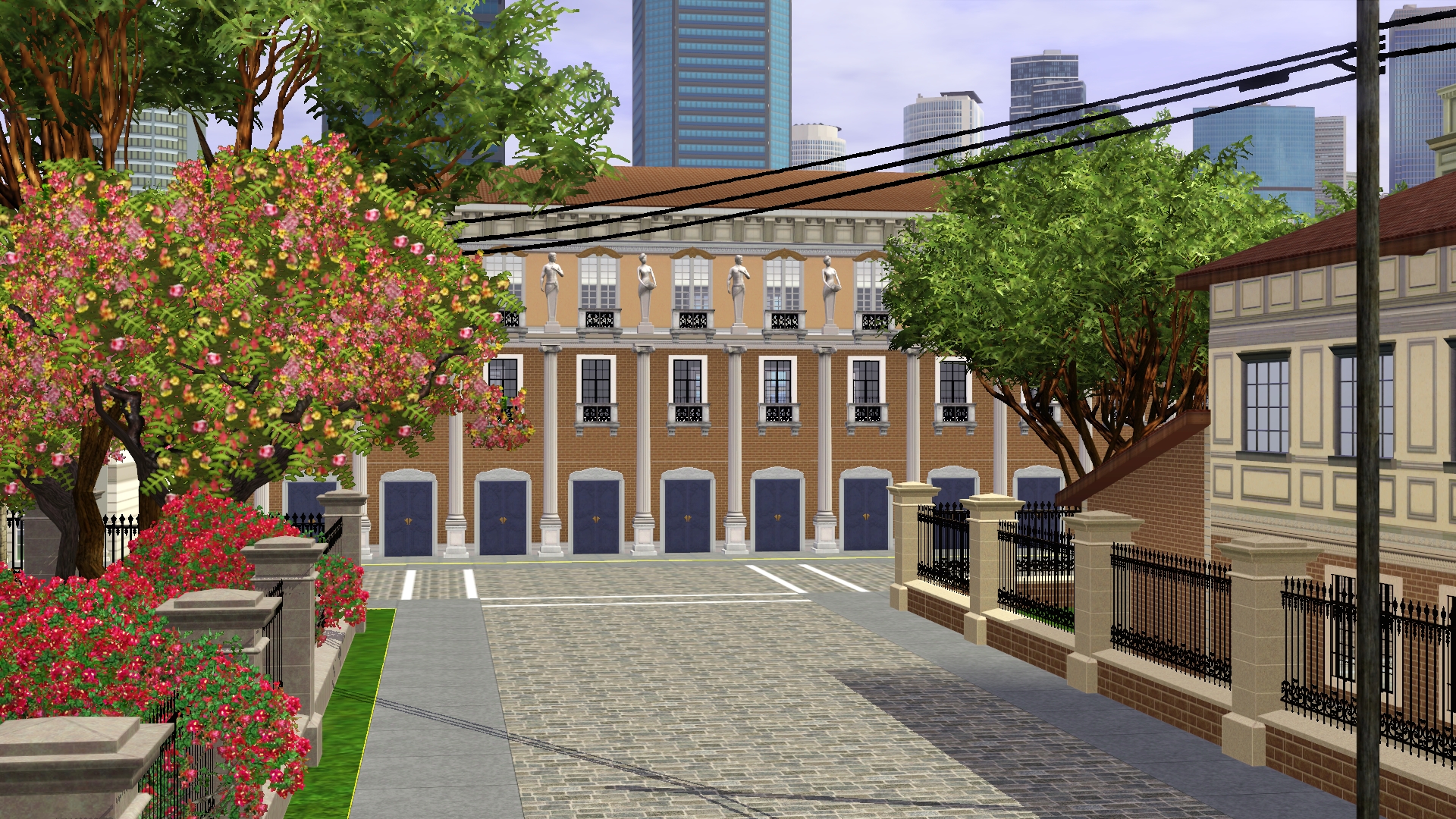 Plaza Rizal and the deco buildings to the back. Recolor of the statue isn't final. 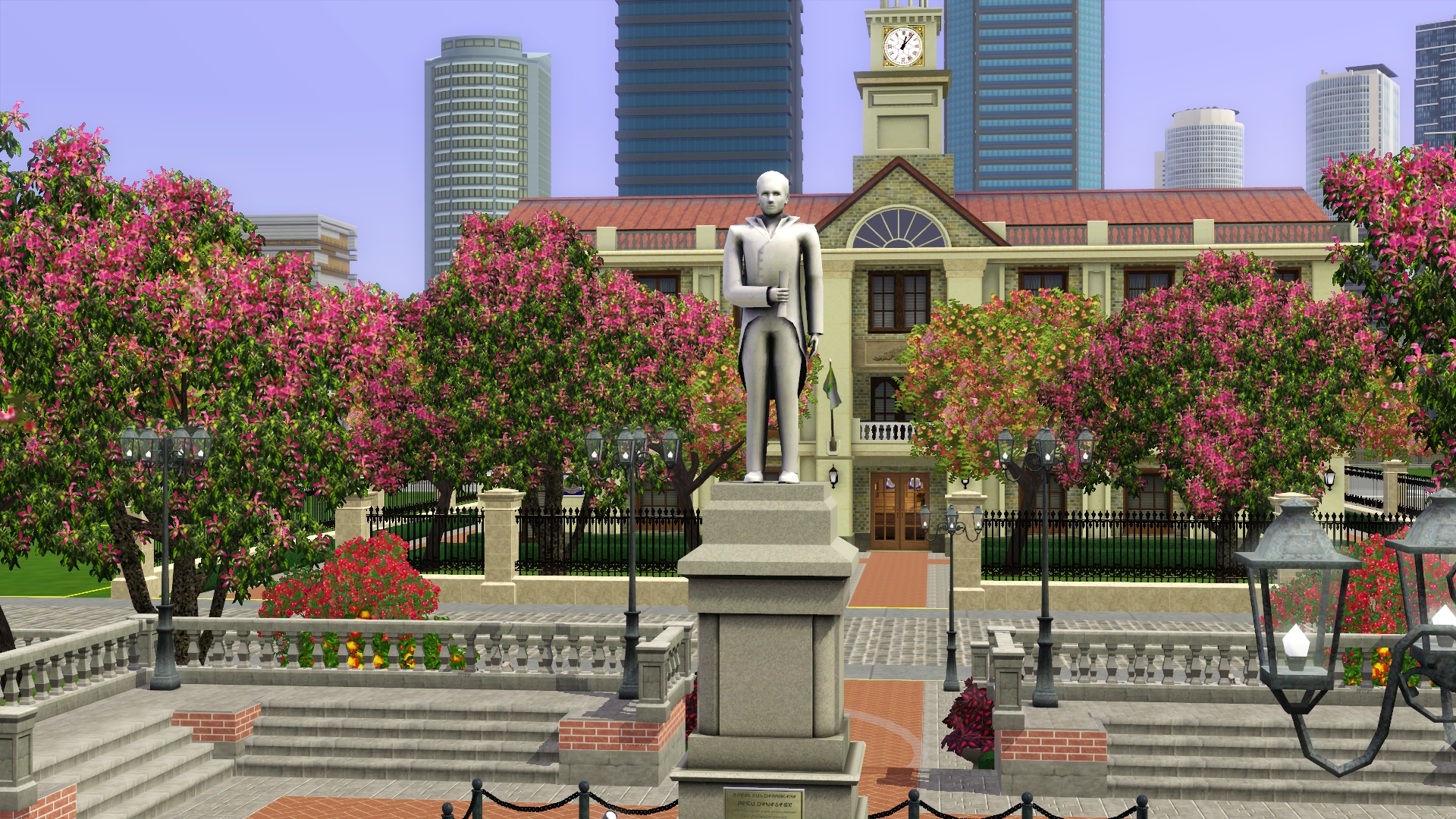 The Burgos Family Home interiors. The big ambitious thing here will be to decorate all but the ready move-in lots. 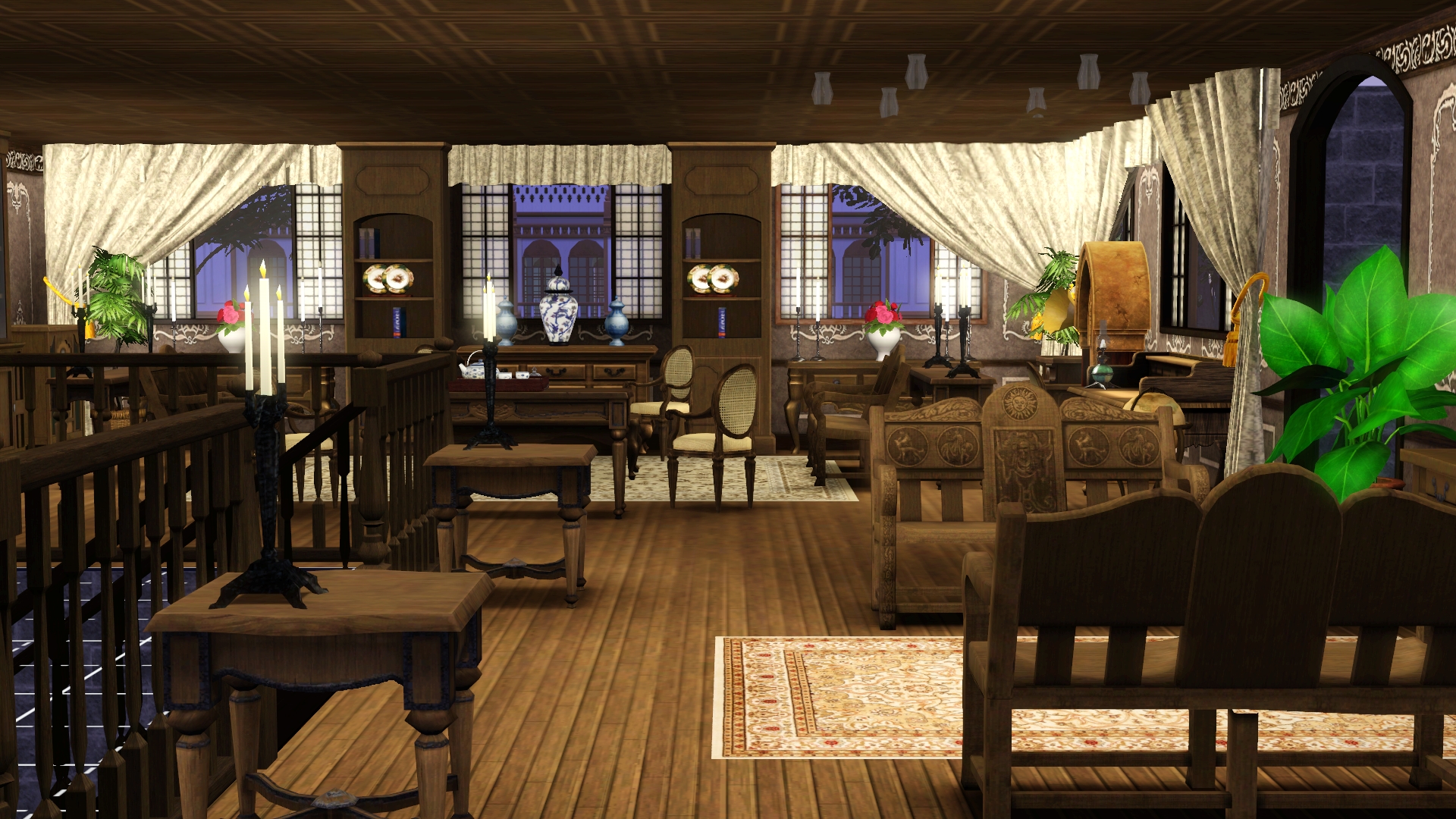 I'm in the process of setting up an invite-only Discord server for anyone interested in joining in on the building spree. Let me know if you're interested either here or via PM and I'll send you an invite link. It's still a WIP, but I kinda need the extra hands and feedback at this juncture.
Miss Discordia

Hello everyone. Long time no update, but that's because of a conflux of reasons since 2021 had not been a good year for me financial and mental health-wise. I'd like to drop in to mention that while I do not consider this project dead in the water, revisiting it proved especially thorny since it revealed a lot about my shortcomings as a world builder in CAW. Originally, I had planned to resume updates last May or June, in time for World Building June on Tumblr. But a conflux of problems, many of them personal but some of them technical, eventually made me decide to both abandon the WBJ idea and, at this point, consider downgrading the final project.

Perhaps the biggest reasons was my own lack of resolution in how I was going to *build* the distant terrain. This turned out to be both a big factor in a number of things. It influenced the feasibility of any road map. How the neighborhoods flowed into one another depended on how well I could make a map. And the map that I made so far was just far too ad hoc to be suitable.The mountains flat out didn't look right, and my attempts to build new mountains from real world maps did not pan out well. My attempts at building mountains were tedious and difficult for what amounted to subpar results. I tried using real map PNGs, but given the age of the game itself, all tutorials for it led to dead ends and several false starts. My process of retrieving maps that did work turned out to take too many steps and eventually I gave up on using real terrain and decided to cut and paste two EA maps together, and even then the results were less than satisfactory for what was gonna be a city world.

I was given advice to extract distant terrain from a different program but this still lay outside my skill set. It's a skill that at this juncture I simply do not have the time to get right. I could barely make any headway using the CAW tools to carve my own terrain. If I wanted to continue with this world in a reasonable span of time, I would need to commission the CC from someone else, something I cannot afford at this time. That said, this is the most reasonable solution to the issue as doing so will eliminate the need to use mountains in at least two of the corners of the map.

Another contributing factor was my own lack of reference images. Due to Covid being a thing, I was not left with a lot of images of the streets of Manila outside my neighborhood, and my neighborhood in particular looks very little like how I wanted the world to look. I only recently got fully vaccinated and things aren't looking so rosy so reference pics are gonna be quite few.

Finally, I became preoccupied with my other world projects. I tend to work on them on cycles depending on which period holds my fancy. I'm working on a Roman world and will resume work on the precolonial world soon.

What does this mean? Am I putting Camayao on the dustbin of unfinished worlds? Hardly, or at least not in the same way as other worlds. It took me 3 years to finish my first world, which was a conversion of an existing one. However, with that level of slowness, Sims 5 or Paralives could come out and all interest would be dried until it's ready for release. What of the stuff I already made? They're preserved in a secure backup. I also found out that I found it easier or at least faster to work on individual lots, which is where most of my focus would be on moving forward?

Until I can resolve the map issue, I will be moving all work on Camayao toward the lots in the interim, whenever I do go about it. That said, I do welcome assistance on this end as I mentioned in my last post. And I've since formed an idea on how the town could be rendered, so if nothing else, I have a final mental map of how I want it to look now.
simsample

What did you want the distant terrain to look like? Is it possible to use one of the EA DTs to fit in?
I will choose a path that's clear- I will choose free will
-RUSH- -RADIO- -ARCHIVES-
Simpeople and Me Archive- -11Dots Archive- My Sims World Archive
joeabuy1000
Lab Assistant

I was using an EA DT for this world (specifically Twinbrook's, which kinda resembled what I was going for in terms of weather), with the intention of angling it so that the Eastern side resembled a large lake and the other, the sea. Sculpting the mountains was meant to hide the seam, with the understanding that the part that's supposed to be urbanized (represented by the skyscraper blocks) will do some of the hiding. Sculpting the mountains turned out to be a massive pain and I'm still not very satisfied with the mountains presented in the versions I've presented so far.

My original intention was to have one side look mountainous so it looks somewhat provincial in a few angles, with the city facing the other way, to resemble some of the hillside towns in the Province of Rizal just next to the Manila region itself. Part of the reason why was because my chief inspiration was the city of Pasig, which was in Manila but is fairly close to Rizal and historically served as its provincial capital. The city as I planned it was meant to be a pastiche of various towns in Manila, meant to look, at every corner, like your average large and somewhat old Philippine town. The map shared so far had as its main weakness the need for it to be surrounded by hard-to sculpt mountains.
simsample

The Sunset Valley DT has mountains on one side and open water on the other, would that perhaps be any good? Also, it's possible to merge DTs, so if you place two and get them lined up then sometimes you can have some hilly bits of one show in the flatter parts of another. Tricky and not always possible, but maybe worth looking at?
I will choose a path that's clear- I will choose free will
-RUSH- -RADIO- -ARCHIVES-
Simpeople and Me Archive- -11Dots Archive- My Sims World Archive
Back to top