Making Sim Stuff - Whatchoo Up To?

I've got some work done on my townhouse construction project earlier and got lighting and fixrures added to some of the common area washrooms in the complex.
TadOlson's Blog
GabyPurpleB
Field Researcher
#477

I am making a city that has been nuked
WatermelonSandal

I see. When you say outside, do you mean when BodyShop is open and I move to another program, or when it's closed?
Creator of Shields Road [TS2] - Carrer de Hebra [TS2]
HobbesED

Quote:
It could actually be either but more likely when BodyShop is closed.

When it's open, we're changing the content of the files even with other programs as we make whatever it is we are making. But if we change a project's name, change a file's attributes, change a file's name or remove a file from a project then BodyShop won't like that when it comes time to reload the project. I know it has crashed on me because I was swapping texture files and accidentally put in one which was bigger than the original. Since I'd made the replacement in a graphics program and didn't pay close enough attention to the size of the texture it contained, the file size of my replacement differed from the original and BodyShop threw up.

It's generally not the content of the files which causes issues, it's when the attributes of the Project or the attributes of files within the Project change which cause the problems.
All of my Conversions, Creations and Stories may be found here:
HobbesED's Conversions and Creations
My most recently shared items (with pictures) may also be found here:
HobbesED's Dreamwidth

You may not want to do anything to the package files in the Project folder (that can include changing categories, unless you plan to only use the project once and then delete it). Project files/folders can occasionally bug out. Plus, they're just templates and eventually get deleted with the project anyway.

Wait until the proper, working files are safely imported into the SavedSims folder, and Bodyshop is closed down before you change categories or do any other edits in the PropertySet or MeshOverlay (and whatever the resource is called for makeup, I can't remember).

I don't change the size of the textures unless I make absolutely sure I'm changing the size of both the texture and the alpha at the same time (making sure it's the same size and the proper size, of course), then save both files, close the files, and open them back up again. That way I know the size is saved, even if I go back in the history panel. I also use the same files, so I know Photoshop saves the proper format (because PS usually does that - not all programs do, unfortunately). If you save new files, or open a new file and then save over the files, it's easy to make mistakes that makes Bodyshop confused. Of course, sometimes you don't have much of a choice (like Gimp).
My site - TS2 baby stuff - ToU

@TadOlson that building looks really nice, I like it.

@Chris Hatch I loaded your FM D36 bodyshape in BS using your nude bodyshop model and looks as great as I expected, a beautiful shape halfway between Fashion Model and Fitchick, well honestly I see it closer to Fitchick in its volume but better defined than FM or Fitchick, a detail that caught my attention is that the skin file does not have skin textures inside it only someones for 3d pubes, but it loads my default S1 skin (Rensim Peau light) on the shape, as I told in your nude BS model, hence I cannot post any screenshot here, but that detail and the fact it was done with a full body mesh, looks very interesting to me, well I'd love to try it with non default skins too, then I'm making an attempt to it, here is an image of the folder with my first proposed textures, just need to import and try them in a sim, but I'd like to have a wide diversity of tones for it, just like us, real people have.

Just a small couple of questions about, which male bodyshape is linked to it? and also which female teen is linked too?

On the other hand, recently I've been making new recolors for some of my own old picture and poster frames that were once available at Back Alley Sims, I'm posting some pics to not derail the post again.

For the painting frames 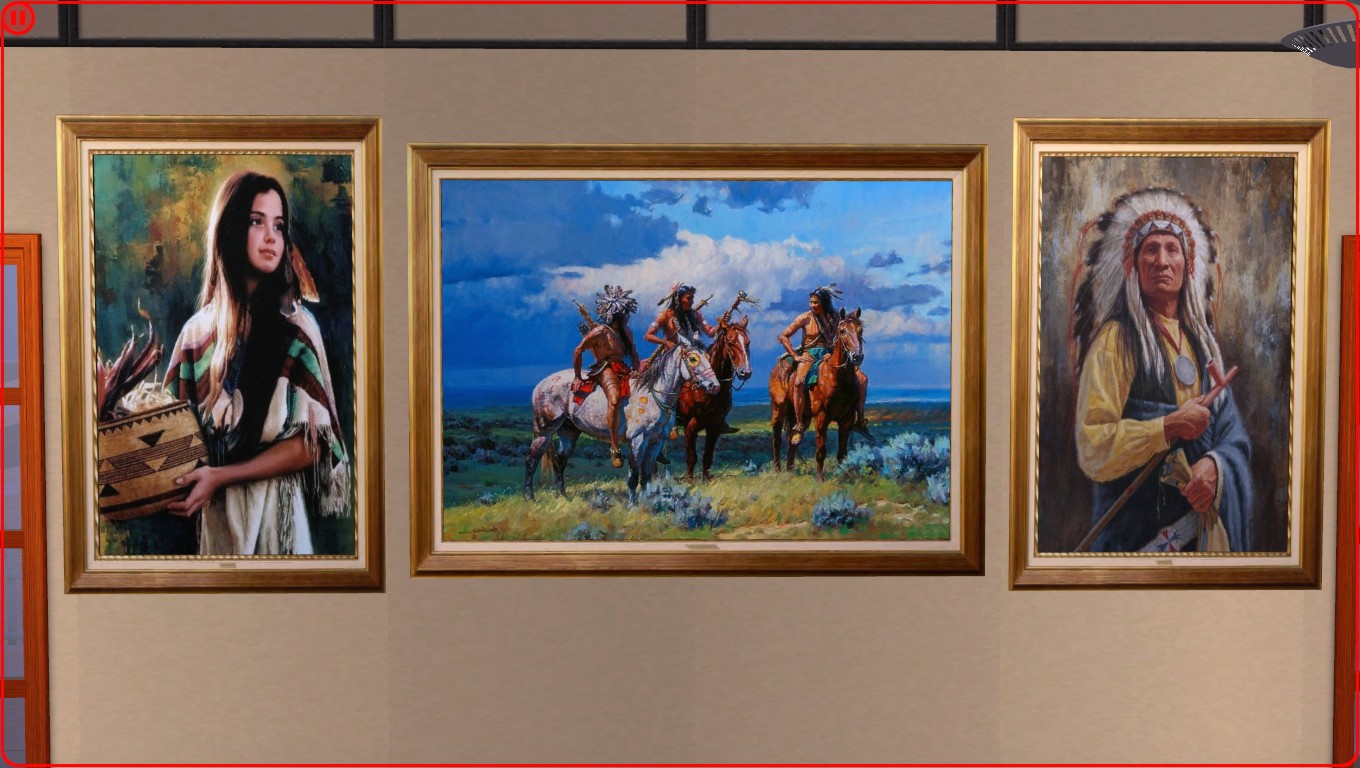 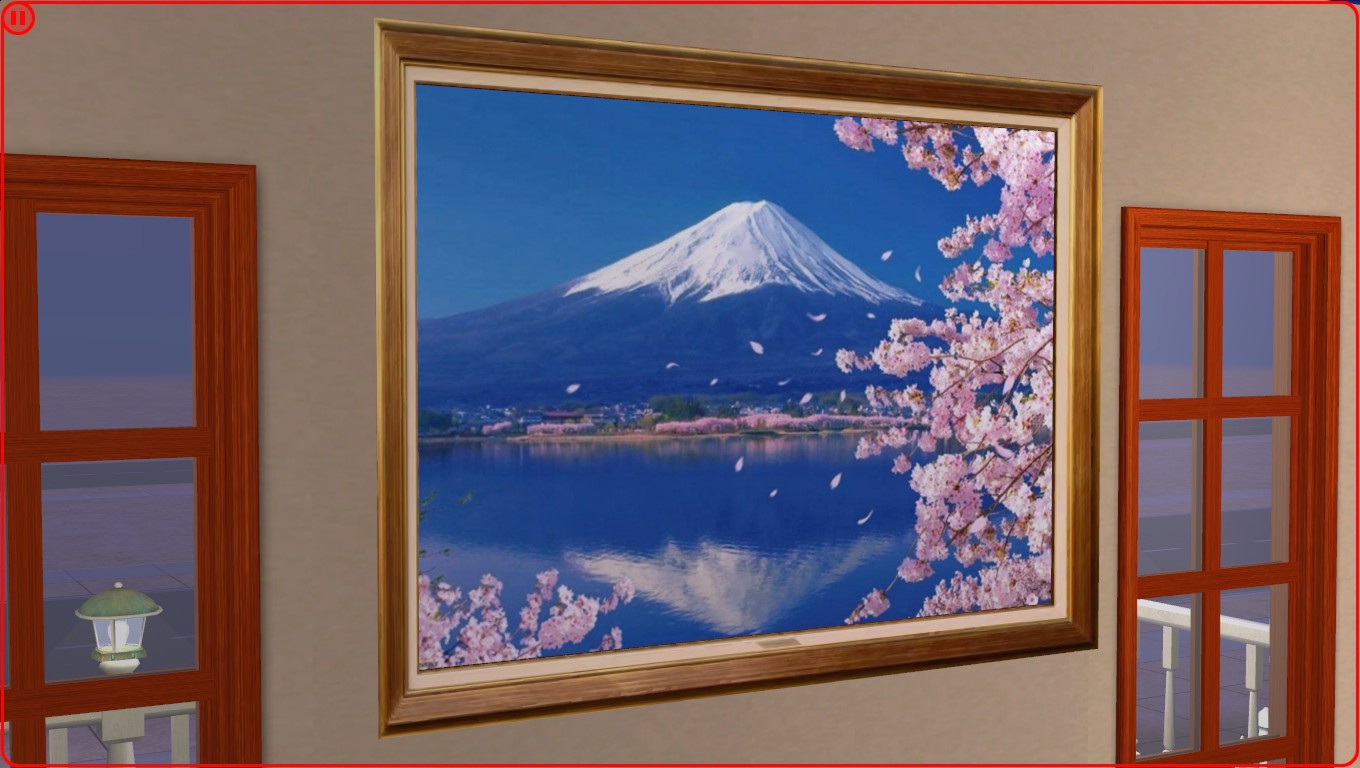 And for the block frame used for posters, left side is the original poster. 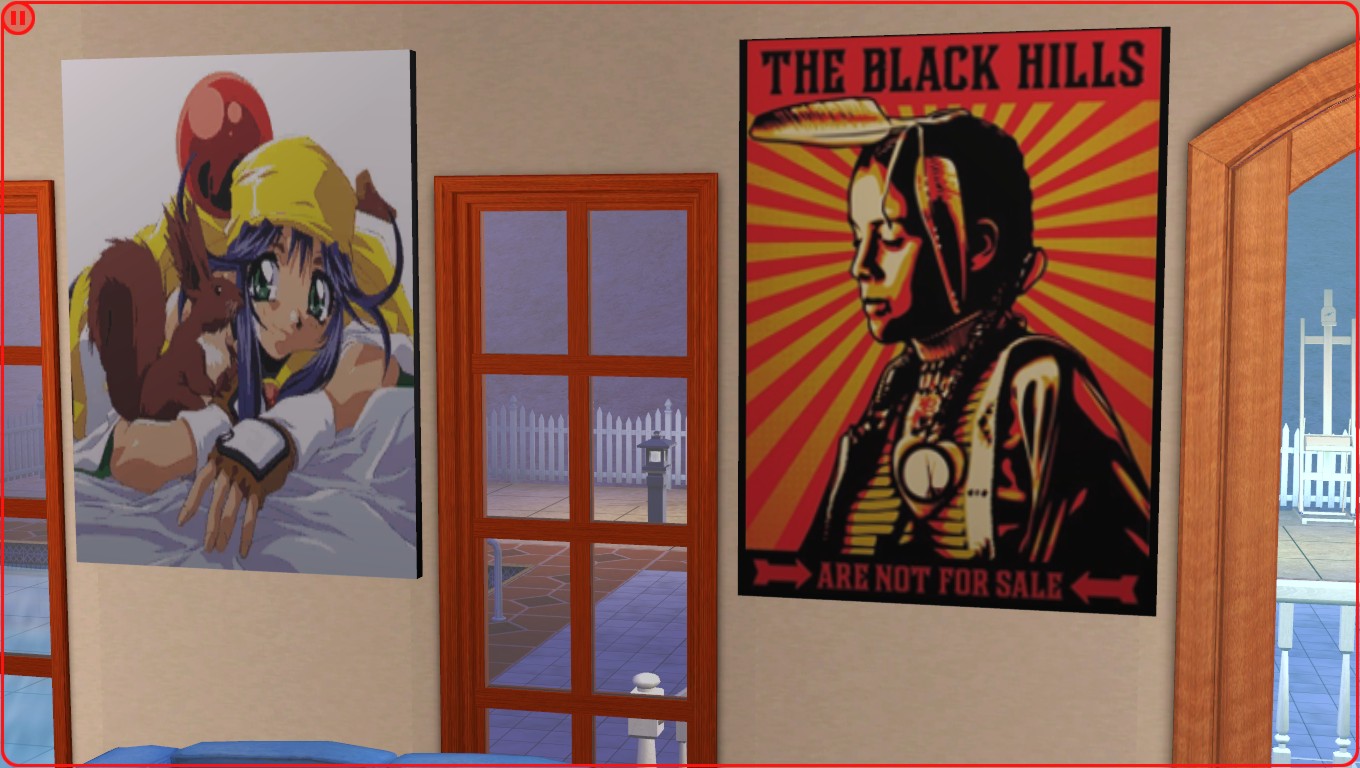 I'm not creating sims/sims stuff anymore, but I'm still in the creative path, check part of my current creations at my J.R.'s Angels page
Feel free to call me J.R., all my friends calls me in that way.
Chris Hatch
Inventor
#482

That skin uses genetic pubic hair which bodyshop can't handle, bodyshop will probably create a skin that only works for black haired girls. I can't remember the last time I used bodyshop to create anything, I use SimPE for everthing. I think I linked the males in that skin to the default meshes, I don't really know or care as I have no idea what male bodyshapes are what. It deliberately only uses default textures to keep the file size small.

On the opposite end of file size I added a skin that uses 2048 x 2048 textures for adult and teen females. The females are linked to Bobby TH's BootyGravity [C] bodyshape (meshes included) an almost unused bodyshape because of it's similarity to Bobby's original Bootlicious. The textures aren't high quality, just stretched default but SimPE can't change the size or format of LIFOs (must edit the header with a Hex Editor) so if you wanted to try making a high quality skin and/or test for problems using such large textures you can try these CJH_Booty[C]-2048-S1Skin.zip (14.2 MB)

I uploaded a file for you JRthings.zip (4.4 MB) that has you original VW cop car. It also has an altered version of your Vintage Poster Collection (Saber Marionette Lime - mesh by JR), (the mesh you have used above so I am sort of on subject). I altered the UV so the re-colours don't need to include the backing texture which makes them smaller and easier to do, and it includes a diagonal mesh so it can be placed on diagonal walls.

What I have actually been up to is I just made the jump rope animations jiggly but I can't post pics of that. I finished making a six tile wide shop front entrance. The sign above the door has a lod90 mesh so it looks good and lights up from neighbourhood view. The entrance has no diagonal but it has matching one tile and three tile windows that do.
CJH_ShopFront.zip (377.6 kB)
jotaerre

@Chris Hatch thank you so much my friend, I think those 2048 diffuse textures will be of great help for the plan we talked about, First I can test its impact in game's performance and depending on its results, also I can use them as start point to draw/paint the ones for the "Angel" and "Fitboy" bodyshapes over them, if the plan becomes into a serious project, it's a guide/blueprint better than the UV, at least it's less abstract than the Uv map, on the other hand I loss the Gravity shape, then I'm getting it again in your file.

Already nabbed the JRthings.zip file, but I wasn't the only member who grabbed it, then the other members who got it, possibly would like to grab the recolors Stephan did for it, they're here: http://www.simfileshare.net/download/2115134/ and here is a screenshot of one of them: (German Police) 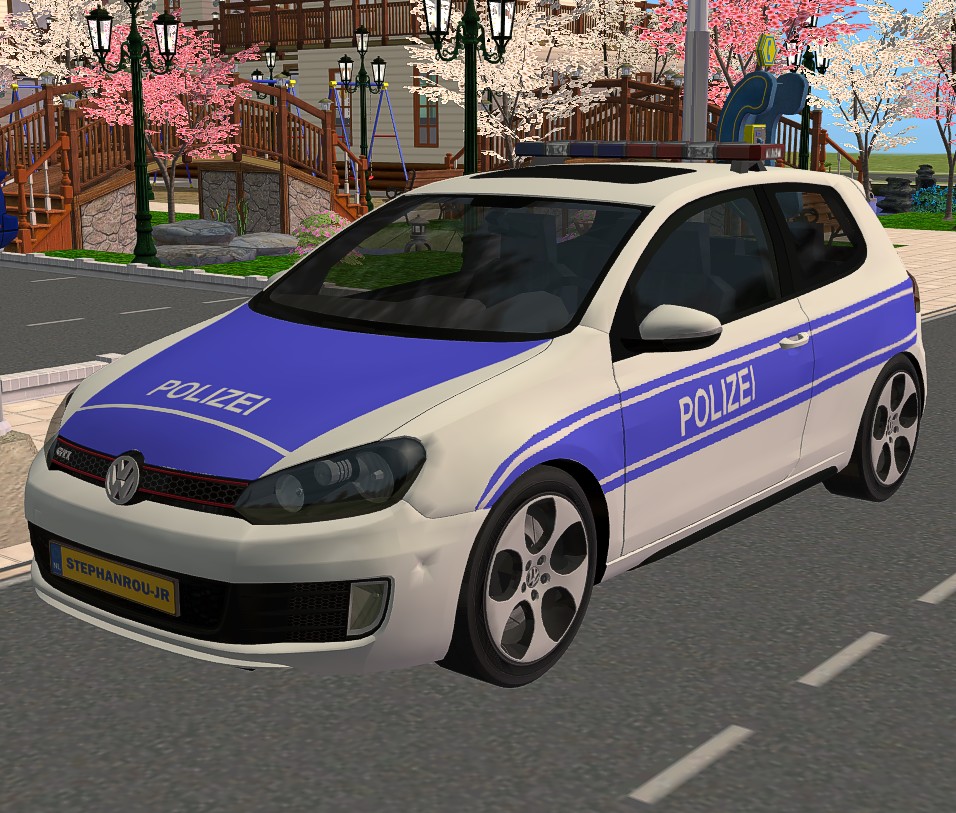 Original texture is shown in your post to the sim couples topic and the Dutch one is in my reply , talking about that reply, I posted there a render of my favorite police car in its final version converted to Daz studio format, here is a pic of an early Sims 2 version of the same car, for the Daz version I had to borrow the wheels and seats, as the ones I did got deformed in a way I didn't like, that's the only change I did for the Daz version, I loss the final sim version, (.package file) but since I own the original obj model, soon or late I'll replace the geom for the final version, I have it for the British way of handling (used in Japan) and a mirrored one for the American style. 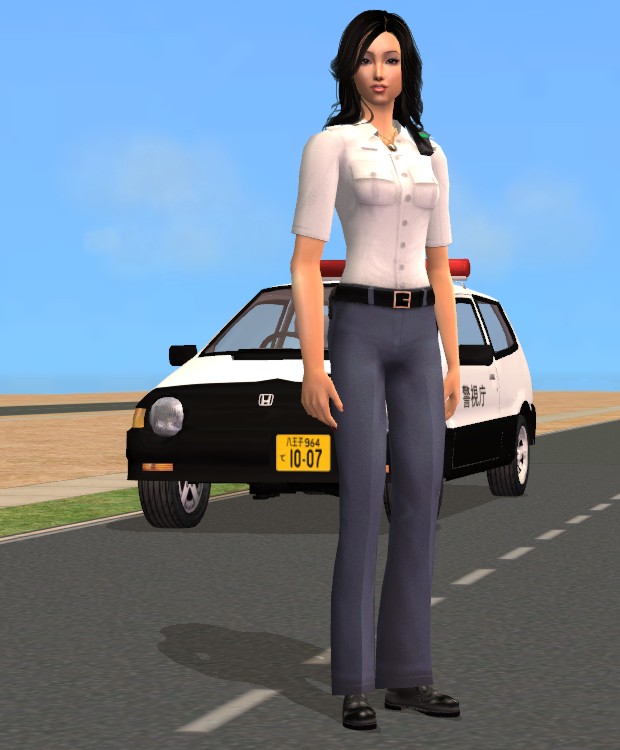 About the modified frame, loves the idea of a diagonal mesh of it, thanks again, but I have a question. does it overrides my original mesh? or I can use both versions in the game.

Another pic of the paintings I shown in my previous post, to give readers and idea of its ingame size, not noticeable in the other post. 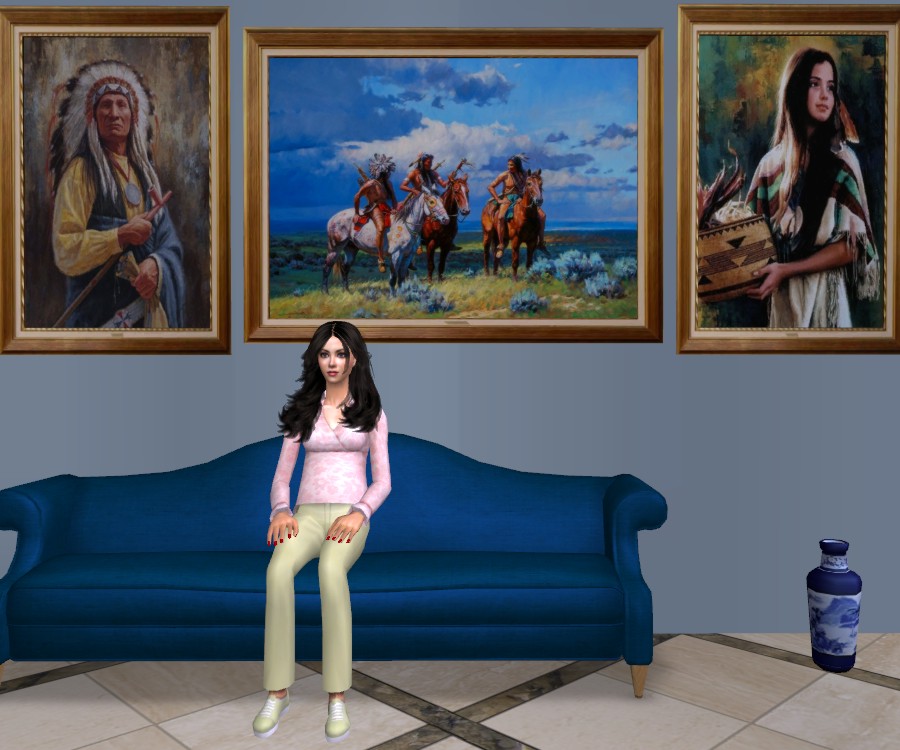 I'm not creating sims/sims stuff anymore, but I'm still in the creative path, check part of my current creations at my J.R.'s Angels page
Feel free to call me J.R., all my friends calls me in that way.
HarVee

Nothing to show for in-game at the moment, since this whole project is glitchy, but since I talked about it a few times in some other threads; What you are looking at is some of the Better Audio and Soundtrack Tool files. A preview to how it'll be setup. BaST is a side project of mine that aims to overhaul the game Soundtrack, as well as fix some bugs such as music playing in the wrong mode(s). New genres, reorganized genres, widescreen fix, new songs, fix for the .mp3 documents folder lag. Not all of that is implemented yet, but it's what I'm working on.
My Soundcloud, where I upload some things I make.
jotaerre

@HarVee it sounds truly interesting to me, hopes to hear more of the project in a short time.

I'm not creating sims/sims stuff anymore, but I'm still in the creative path, check part of my current creations at my J.R.'s Angels page
Feel free to call me J.R., all my friends calls me in that way.
HarVee

I got a working widget for BaST. You can see it in this post. Right now all the widget does is display the currently played song. Eventually I plan on making it so you can skip and pause songs (a feature EA/Maxis forgot to add). The widget is a primitive box atm. Not so fancy.
My Soundcloud, where I upload some things I make.
jotaerre

Quote:
Nice addon, I just seen the pics in the linked post and looks great to me, if you can add the other features you told us, it will rock!

I'm not creating sims/sims stuff anymore, but I'm still in the creative path, check part of my current creations at my J.R.'s Angels page
Feel free to call me J.R., all my friends calls me in that way.
Back to top