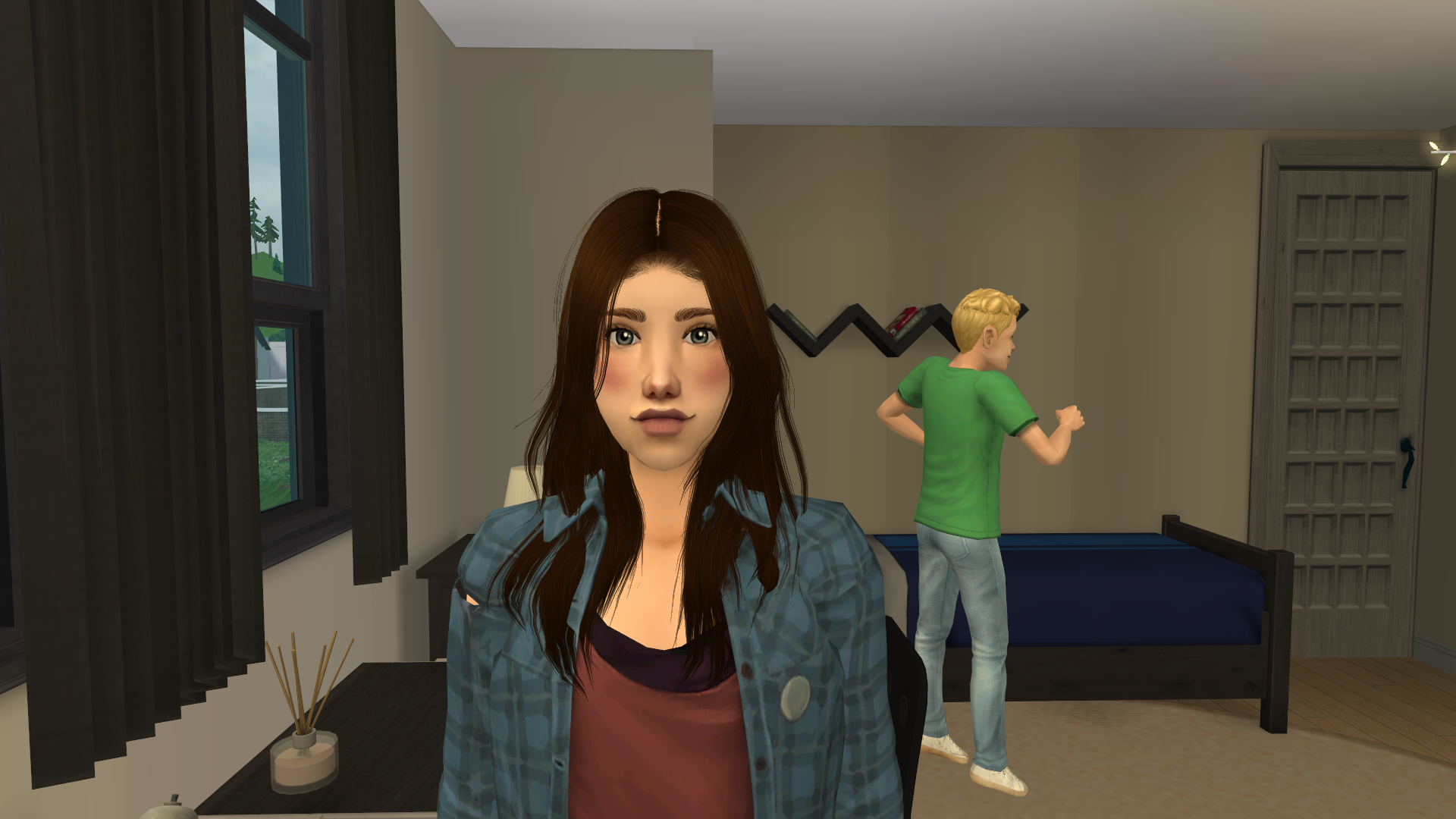 Honestly she surprised me, when she and her twin brother (background) were kids, I thought she will be the uglier one, but turned out to be pretty interesting.
My ts2 instagram
My simblr
Bigsimsfan12 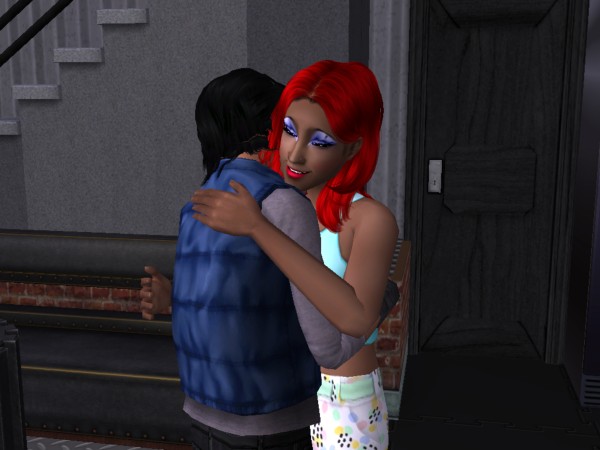 Teen sisters Mona (younger, short hair) and Bella-Donna (older, long hair) both fell pregnant at the same time.
Fingers crossed they don't have twins, as they live in a tiny apartment with their mother, step-father and half-siblings. 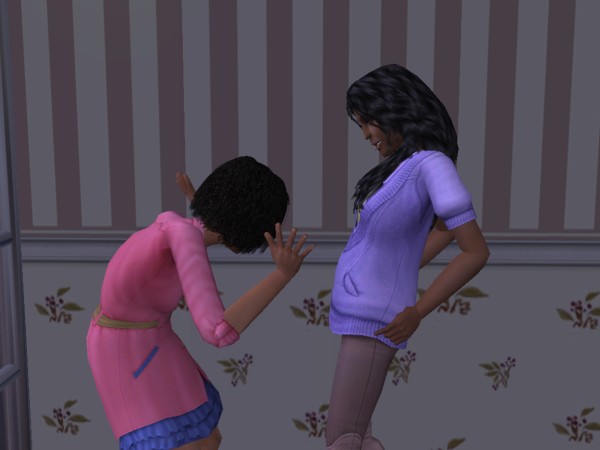 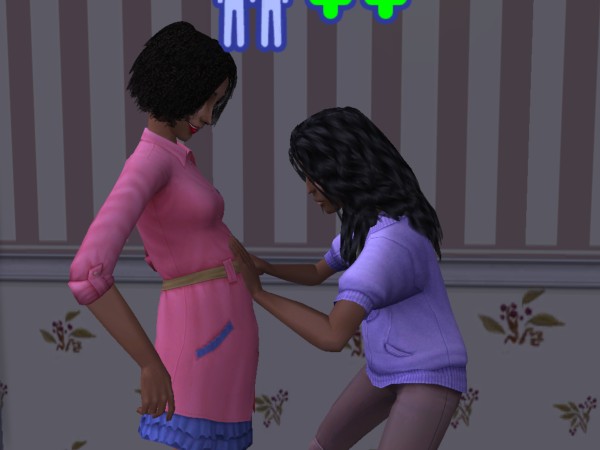 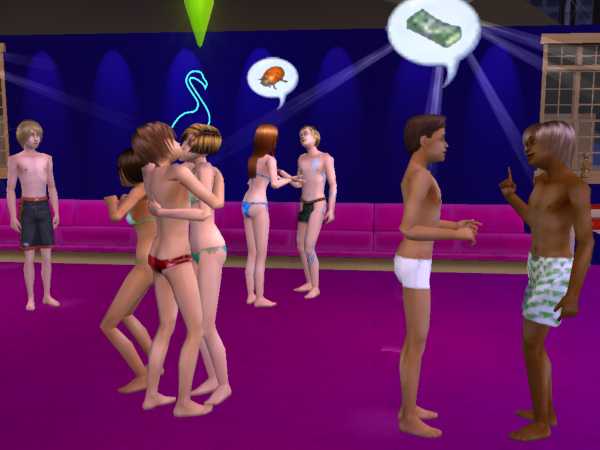 This is the outing to Downtown Veronaville that I mentioned recently in another thread. Miranda Capp went there with her boyfriend Gerry McBain and two other boys. First they went to Cold Issue Clothing, where Miranda bought some new clothes, including the bikini she's now wearing. From there they went on to Bopperz, a popular destination for teens, built on a 1x4 gap site, across the road from the House of Fallen Trees. Bopperz has a dress code of swimwear; there's a small swimming pool and a hot tub at the back of the club.

The teens in the picture are (left to right) Roger Jeffrey (Downtown Veronaville), Clare Carroll (CAS townie, half hidden behind Gerry), Gerry McBain kissing Miranda Capp (both Veronaville), Grace Jarvie (Downtown Veronaville -- lives next door to the Jeffrey brothers), Jolyon Jeffrey (Roger's much less shy brother), Donald Dent (CAS townie, but has a little sister -- and Ginger Newson likes him), and Edgar Edwards (lives with his mum in Monopolis).

Isn't it good to see the young ones so relaxed and at ease with each other? There's no social distancing here! (Well, except perhaps for Roger. But he's very, very shy.)
All Sims are beautiful -- even the ugly ones.
My Simblr ~~ My LJ
Sims' lives matter!
lfria

Alyson Coffyn reflects on all of the loss her family has experienced and hopes for a change in their luck soon. 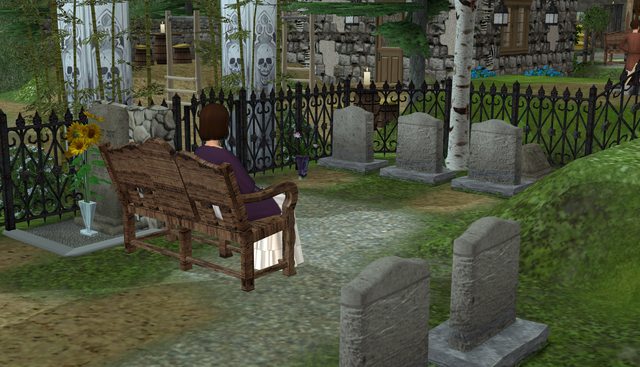 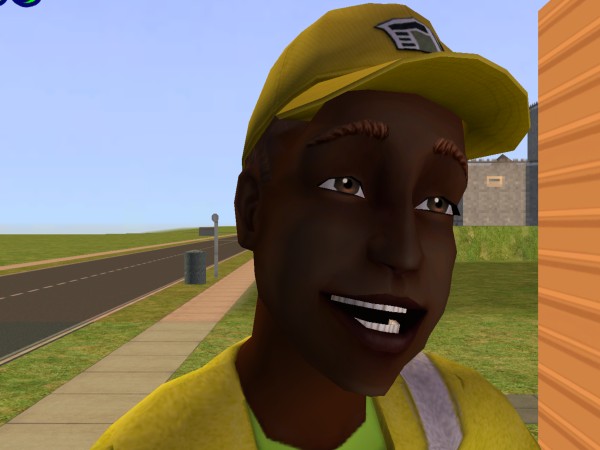 Sent him to uni recently and this is his replacement 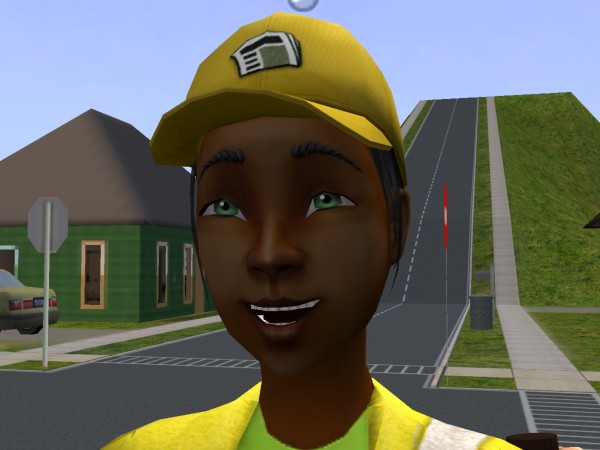 On the left is a version from like a month ago, on the right is a version from a day or two ago after randomising his face and sculpting it out. Definitely came out better I think. I can't remember which name came from where but I know one of them is Swiss in origin.

Bonus: I have a young adult Sim (Jamie) in the works who was originally made as a teen dating back from 23rd March Jenny and Johnny Burb, twin teens of John and Jennifer ready to leave for college for John (wants to graduate 3 from college)
Peace 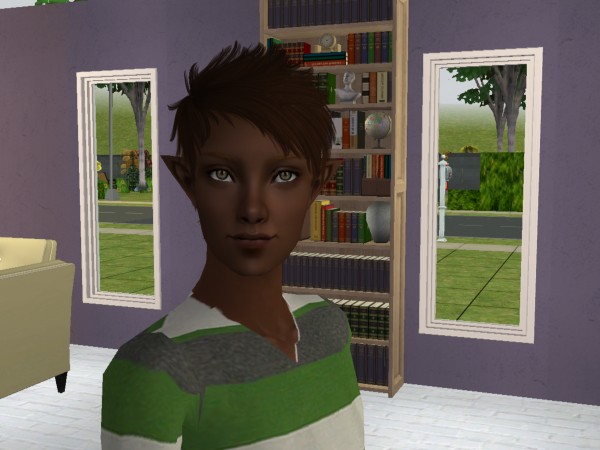 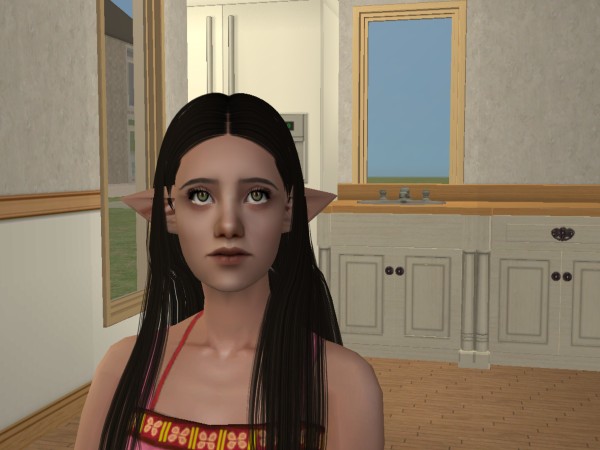 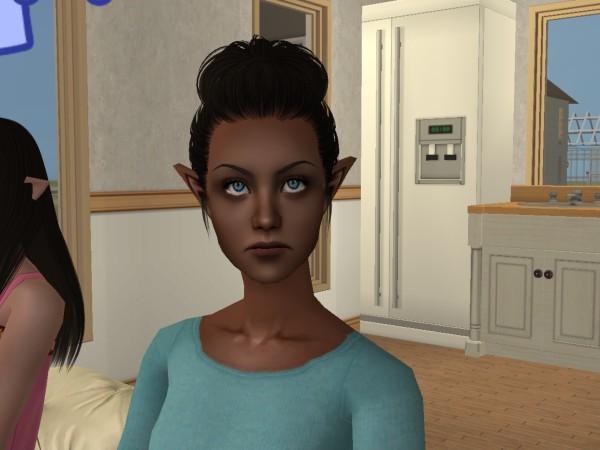 Have you ever walked into a room & forgot why you went in there?
What if God is playing The Sims & he just cancelled your action.
Adopt-a-Sim My Creations My Tumblr
crazyangrysim974

Perry and his squised nose, damn man it looks like someone flattened his nose lmao. 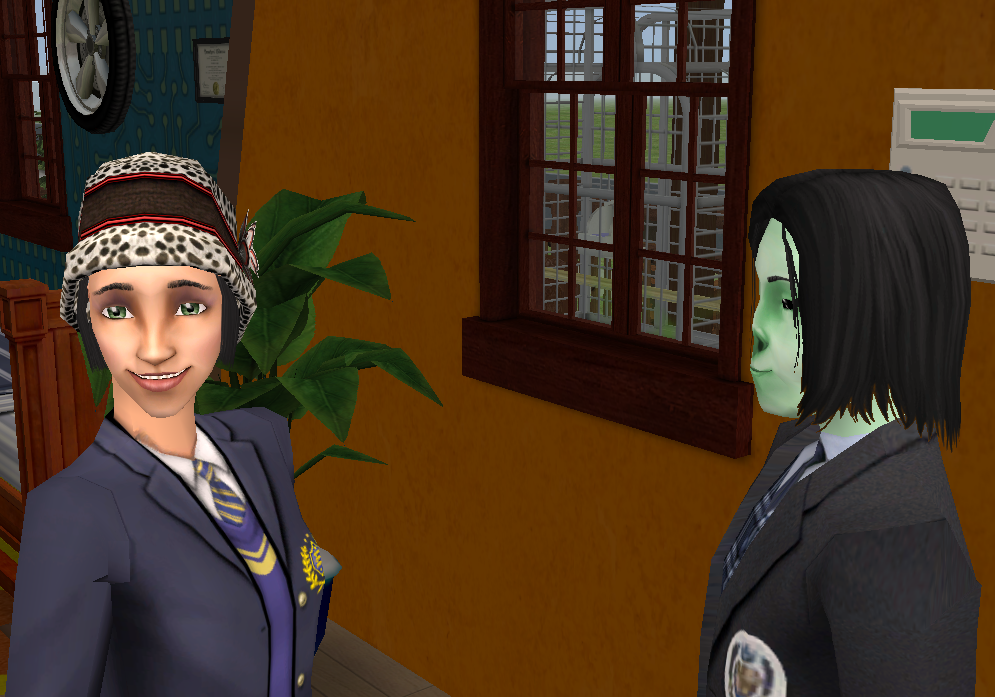 Dasante
Dasante was originally made for The Sims 3, but I decided to convert him, since this was when I was still 'transitioning' (I guess) from pudding faces. Making him in The Sims 2 has been kind of hard, since it's a balance of making his facial features true to the original while making sure he doesn't age up into a gremlin, and I think I've done alright so far. Midori, what a gorgeous teen! 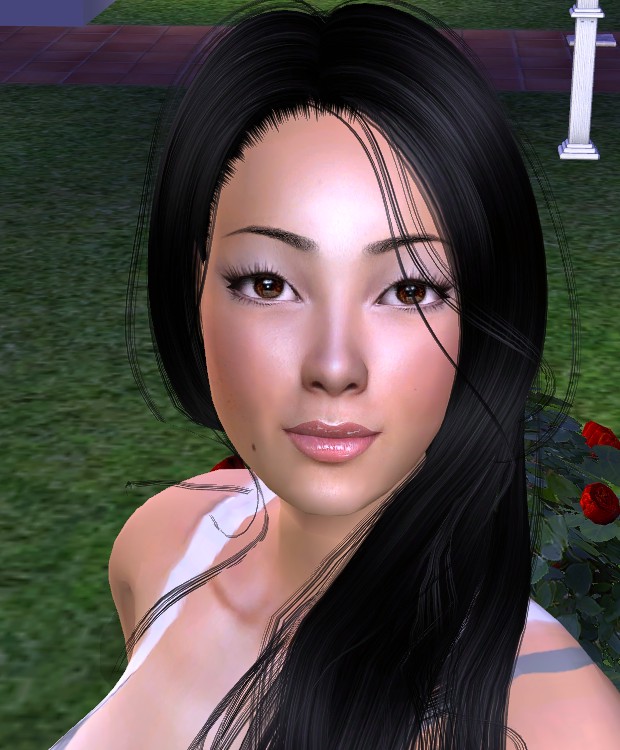 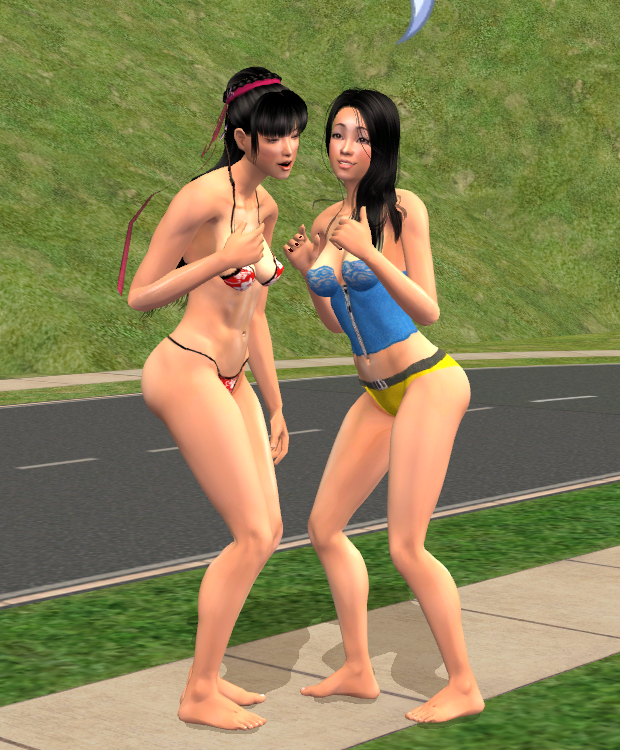 Images are crops from the full size ones, no other postwork was done, for those interested in that kind of stuff, in this image you can see how I set the lights for the night pics.

My sweet born in game sim Cristina is already a teen: 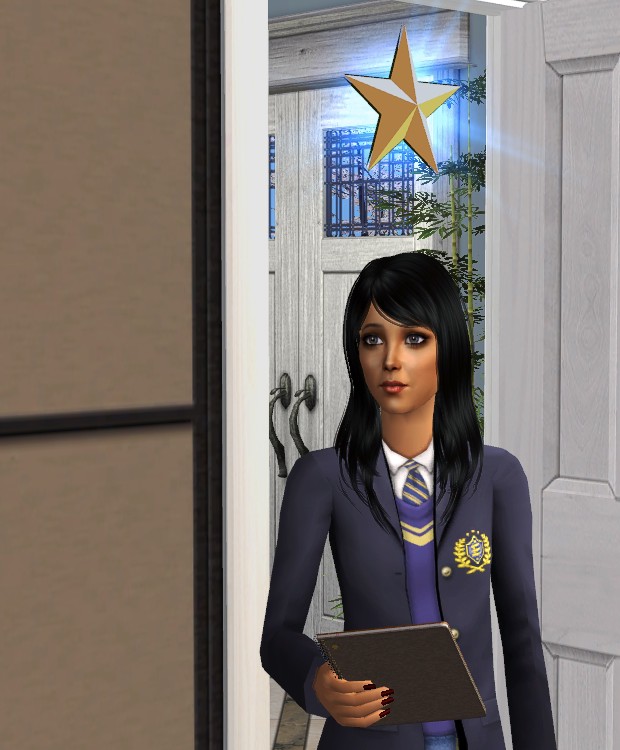 So sad she's not as gorgeous as her mother Kathleen.
I'm not creating sims/sims stuff anymore, but I'm still in the creative path, check part of my current creations at my J.R.'s Angels page
Feel free to call me J.R., all my friends calls me in that way.
HobbesED

Cristina and Midori are both beautiful, JR!

Where did you get the diffuser lights you used for Midori's outdoor picture? Are they found in the lighting category? I thought I had something similar but I couldn't find them in lighting so I'm wondering if I actually have them or if they're found in a different category.
All of my Conversions, Creations and Stories may be found here:
HobbesED's Conversions and Creations
My most recently shared items (with pictures) may also be found here:
HobbesED's Dreamwidth

Thank you for your kind words my dear friend @HobbesED I didn't like Cristina too much, to be honest I do not like the random element game's engine adds to born in game sims when mix their parents' facial features, giving them a "Maxis-like" touch I definitely hate to see in my sims.

If I were able to control how these features are blended, for sure the resulting face would be thousand times better than the actual results. 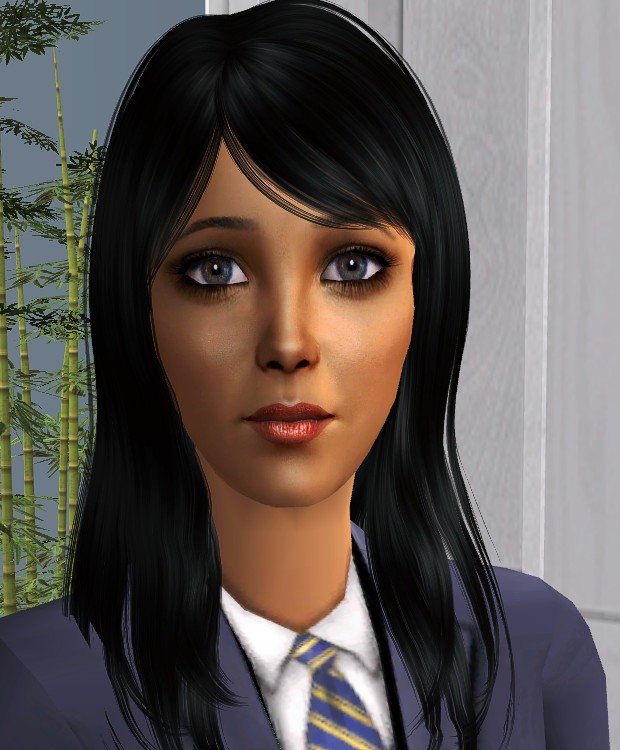 I'm not creating sims/sims stuff anymore, but I'm still in the creative path, check part of my current creations at my J.R.'s Angels page
Feel free to call me J.R., all my friends calls me in that way.
jotaerre

Quote:
@HobbesED these are the hidden Maxis studio lights, I cloned and made them available in lighting/misc category, I just uploaded these 5 lamps for you here: https://app.box.com/s/w0jey5axlujfkmob82uy1o6dwilrn88w they will override the original ones, the only change I did is that now they're available in the catalog, also you can find a collection file here: https://modthesims.info/showthread.php?t=49856 that makes them available via collections, but according to what I read in the thread replies, that collection file does not work with some EP's, I cannot ensure that since I have base game only, but that is what I read.
I'm not creating sims/sims stuff anymore, but I'm still in the creative path, check part of my current creations at my J.R.'s Angels page
Feel free to call me J.R., all my friends calls me in that way.
HobbesED This is a recently aged to teen Janet Smith, daughter Pollination Tech#9 and Jenny. I think she looked quite cute.
When a game is predictable, it's boring.
That goes for any medium that isn't life.
That's why The Sims 2 is my favourite sims game.
It has elements of unpredictability and everything feels more involved.
The Sims 4 is another story altogether...
jotaerre

Cute alien girl @CrystalFlame360 and nice shot, curiously the only skin shade I like from the original Eaxis ones is the Alien skin, same thing for the eyes, I dislike all the other Eaxis skins and eyes, Eaxis eyes sucks.

A pretty old pic of my sexy teen Midori, based on BobbyTH's "Girl next Door" bodyshape. 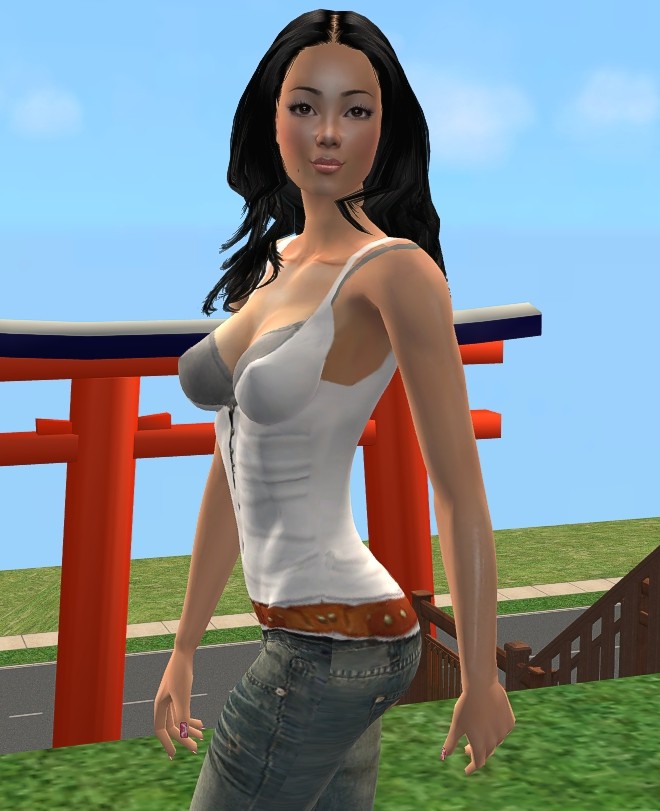 I'm not creating sims/sims stuff anymore, but I'm still in the creative path, check part of my current creations at my J.R.'s Angels page
Feel free to call me J.R., all my friends calls me in that way.
Back to top