I just wish i remembered their names...
Have you ever walked into a room & forgot why you went in there?
What if God is playing The Sims & he just cancelled your action.
Adopt-a-Sim My Creations My Tumblr
Fivey 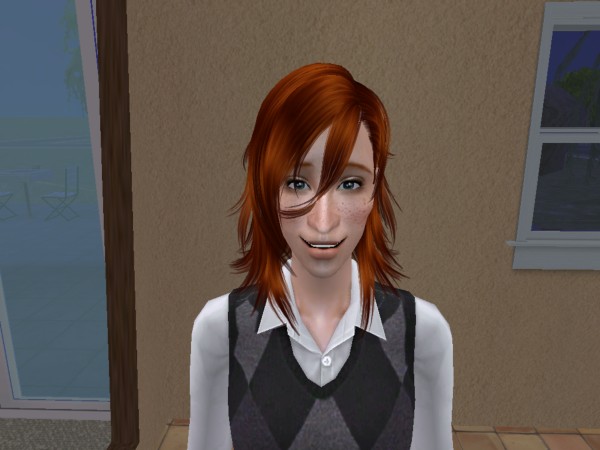 Diamond Fleurada. Her mom is Natalie Fleurada, and her dad is a male dormie. Obviously, she was conceived outside of wedlock. She only has recently met her dad (they inhabit the same dorm), and she's getting along fine with him. She's currently engaged to Louie Upsnott, her High School boyfriend. Louie is, coincidentally, also born out of wedlock using dormie sperm. Different dormie, though. 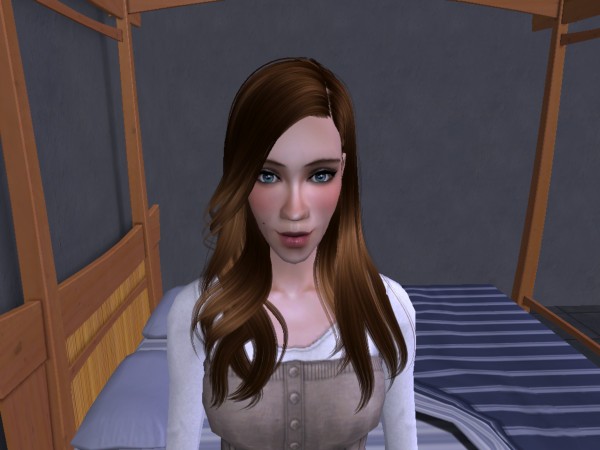 Mehrissa Kokosmos, ex-girlfriend of Tyler Fleurada and current girlfriend of Emil Fleurada. I kind of always felt sorry for this girl. Tyler dumped her, because he decided he wanted to be with a cow mascot. How does that even make sense? Well, she and Tyler had one bolt, and Anna and Tyler had three bolts. Huh... 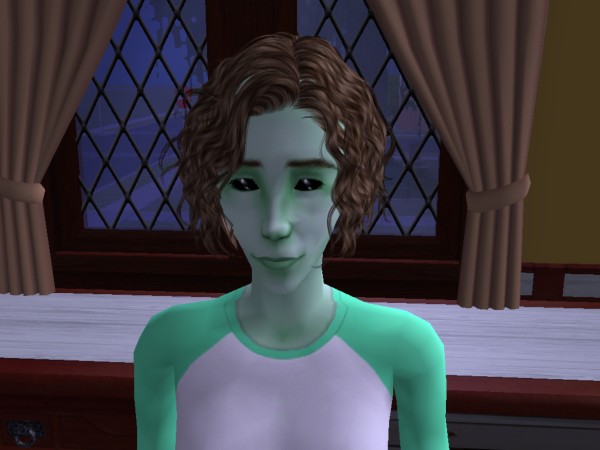 Lilac Garden. She's a teen, and has the Knowledge aspiration. I might pair her up with one of Estelle's quadruplets, since I can't pair her up with her half-nephew Kato. Since she has no direct ties with the Fleuradas genetically (besides the whole Ponsonby thing), she can date whoever she wants. 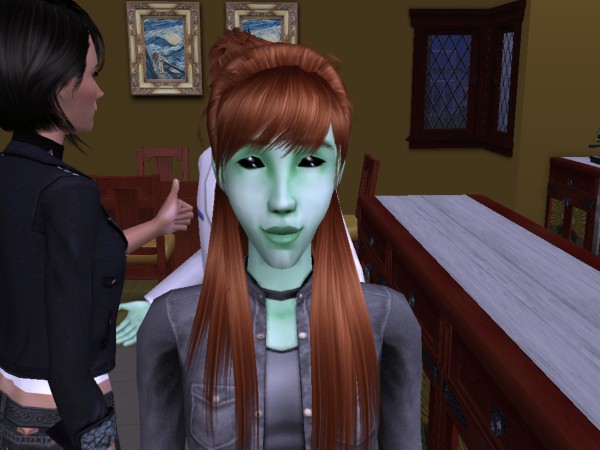 Same applies with Pleasure sim, Serene Garden. Although, she's a lesbian, so genes don't make much of a difference anyway. I don't remember who also is in the neighborhood, though.
AlexandraSpears

Circe Beaker after I gave her a desperately-needed makeover: Who is Q? qanon.pub
Fivey 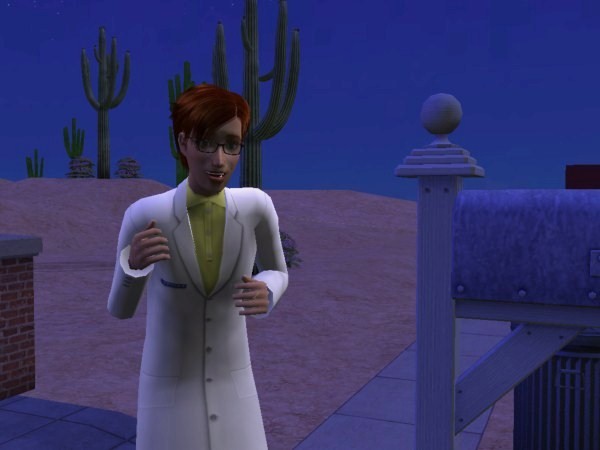 She's cheering, because her husband's being shot out of a spaceship.

I personally gave her shortish hair, since I think it fits her better. Long hair implies femininity and sexual attractiveness, and Circe, I would imagine, is not an entirely feminine person. I wouldn't say she isn't sexually attractive, but it's definitely not her highest priority to seduce men. Short hair implies independence, and a dab of tomboyishness, both traits I attain to Circe. She seems almost the type you'd have a beer with, but knowing Circe, that beer probably is laced with some experimental drug.

Of course, I put too much meaning into everything, so...
AlexandraSpears

Hey, I just like my female Sims to look feminine.

Who is Q? qanon.pub
Peni Griffin

Then you need to feed them up some. Get 'em some curves!

Ivy Copur's parents are too snobby to put her in a dorm, so her aunt Allyn asked Brady Estic to ask his daughter Margaret to ask her friends on campus to find a place for her. She's moved into Greek Fodder with Tom Ottomas and Daisy Wheels. She's supposed to pledge Tri-Var, but she's far from certain about it.

But Daisy's sister Helen invites the whole lot of them over for a toga party, and the girls are really nice. Heidi gives her a makeover, so she'll feel less like a misplaced high school girl.

And the house is down to two girls, so the new, improved Ivy Copur goes into the sorority about the same time Tom Ottomas has to leave campus.

Leaving poor Daisy all alone again! Oh, well, only one more year before she graduates, marries Tom, and lives happily ever after.
Ugly is in the heart of the beholder.
(My simblr isSim Media Res . Widespot,Widespot RFD: The Subhood, and Land Grant University are all available here. In case you care.)
Amalia81

A couple of ladies I made to show off some hair recolors I did, which can be found at my simblr.

DM was on fire! 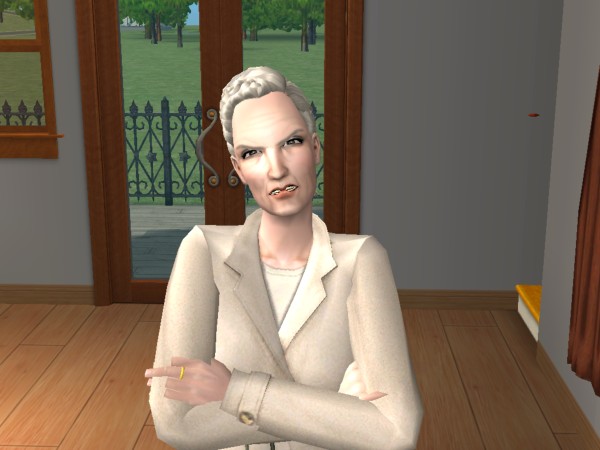 Denise Jacquet rules her domain (the house) with an iron fist, and Gilbert is quite familiar with her fury. All she wants now, is for her useless son to do something productive. Like make little grandchildren. Or get married. Or get a real job, and not this silly baseball nonsense. 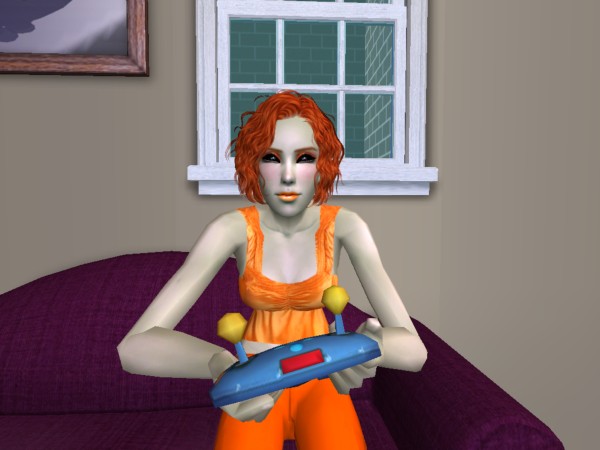 However, the closest thing Gilbert has to a girlfriend right now, is Chloe Curious. She's a tramp by nature, so she's not the best mother material. However, after talking to her about the strange things he had been experiencing after his abduction, Gilbert finally realized he'll be having a son or daughter of his own quite soon. If it keeps mama quiet, the horrifying emotional trauma was well worth it. 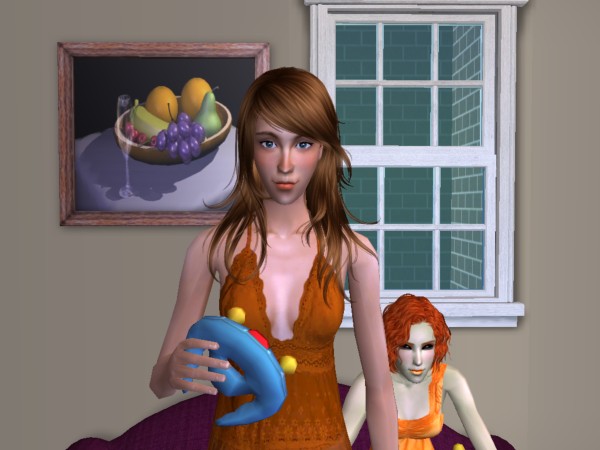 On the opposite end of the spectrum, Kristen Loste is quite happy with herself. This was before she married her loving boyfriend Jason Larson and got the hell out of the cramped starter home. She was a little more uninhibited, and didn't have much to worry about. 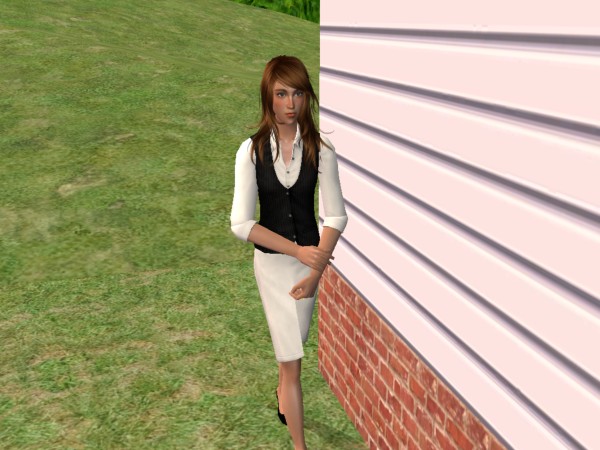 After she moved into her new (small) house with Jason, I gave her some new clothes. I went for a mature look. I'll probably change her hair, since it does not fit this look at all, but I probably won't go too uptight. She's still the same Kristen, just with a ring on it.
Saturnfly Erin Beaker-Curious is very pink and very fluffy, much like the stuffed bunny her brother used to drag around as a kid. Grimuara Subject is nearly as terrifying a tickle-monster as her mom.

My sim's name is Aubrey! She's a sim that loves to have fun, she loves music, and she has a passion for singing. Here she is, by the way, I have a thing for full lips so yeah.....
http://i.imgur.com/4kTiv.png?1
http://i.imgur.com/c2vo2.jpg?1
Aubrey has been through a lot when it comes to relationships, but she released a small album about her experiences, the good One of them is named Isla. I just cant remember which one. I really need to start up my Sims notebook again, I have 5 Hoods and its hard to remember all of their names!
Have you ever walked into a room & forgot why you went in there?
What if God is playing The Sims & he just cancelled your action.
Adopt-a-Sim My Creations My Tumblr
Fivey 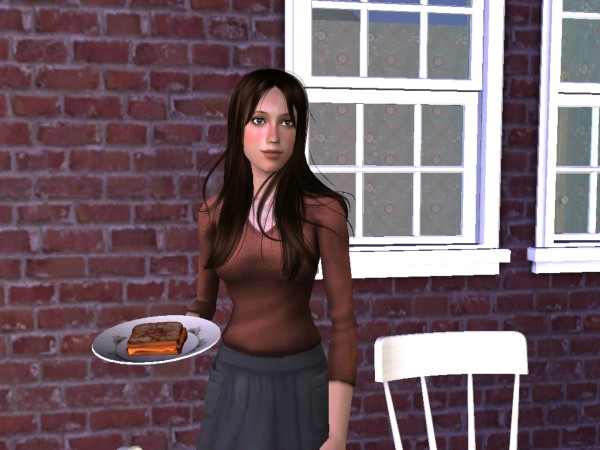 Mackenzie Phoenix became quite the looker!

She's a grilled cheese sim, since I got bored playing the typical six aspirations. She's a curvier woman, a feature that suits her.

Lilac stumbled into the kitchen. She grabbed a cup of tea, and nervously sat down in the chair facing her mother. Her face was bright red. Brittany looked up her, and eyed her suspiciously.

An awkward silence captured the room. The adult stared down at her food, as the hunger she had seconds earlier somehow vanished. Lilac wasn't a child anymore, she knew that. It just happened so soon. It happened too quick. Eventually, Brittany had the courage to respond. 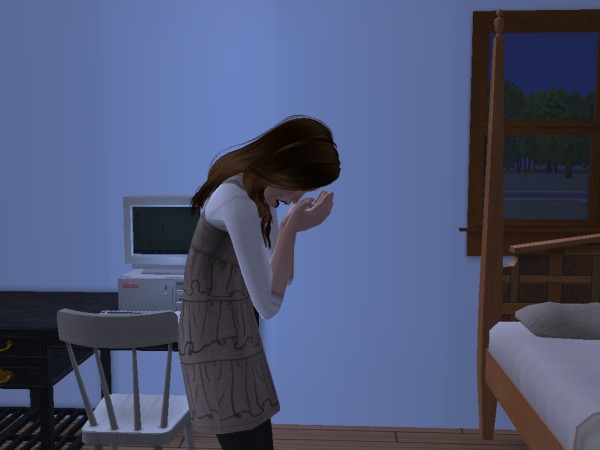 Mehrissa woke up early in the morning, to find blood staining her sheets. It wasn't fair at all. She was so close to having the baby. Just a few more hours, and there would have been a squirming infant in her arms. Sure, they were planning to put the baby up for adoption. Sure, she and Emil are only in college. It didn't matter to her. It certainly doesn't matter anymore. 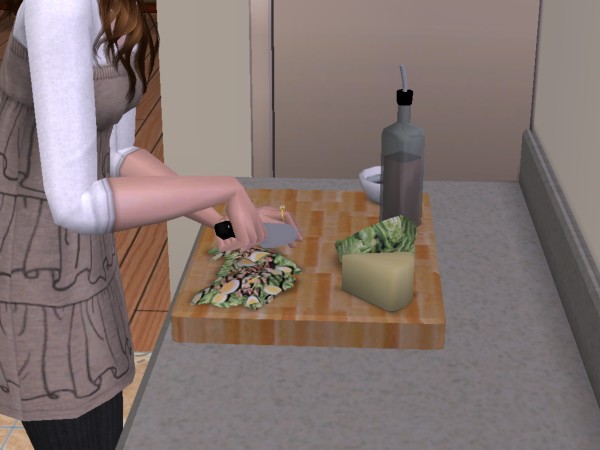 She sucked in her tears, and took her anger out on a Chef Salad.

Cinnamon Beare can't believe it. Not only did Mom nix the idea of a birthday party because the baby just arrived and "she can't take it right now," she gave Cinnamon this pink-sleeved - thing - to wear. Cinnamon hates pink! At least she was allowed to invite Nova Stacks over. Mom and Dad frown every time Cinnamon mentions her and her family (parents Castor and Jane), but they can't keep her apart from her BFF!

Baggy jeans, baggy shirt, no pink - Nova approves. "You'll have to wear that to my party!"
"When are you having a party?"
"First chance I get. You'll come, right?"
"Unless Mom ties me to a chair." Which she might. Mom and Dad gave her this talk about boys, especially "Those Stacks Boys," like they were made of dynamite or something.

Her girlfriend Ashleigh Pitts-Upsnott is pensive as she cleans the dog's bowl, scrubbing so hard she pokes a hole in it. She's on the verge of college, Mom and Dad are fighting because Dad's having an affair with a college girl - but her date with Kestrel was the stuff dreams are made of. Plus, zits. It's a lot to handle.
Ugly is in the heart of the beholder.
(My simblr isSim Media Res . Widespot,Widespot RFD: The Subhood, and Land Grant University are all available here. In case you care.)
Sparrow

Avora is a supermodel and one of the most beautiful women of my game. This is Elizabeth a generated townie. She reminded me of Jessica from true Blood (not saying she looks like her just makes me think of her) so I decided not to replace her. Sparrow : Avora and Shani are stunning you should upload them!
Have you ever walked into a room & forgot why you went in there?
What if God is playing The Sims & he just cancelled your action.
Adopt-a-Sim My Creations My Tumblr
Sparrow

I was thinking of putting some of them up for download to see what others would do with them. I have a few more ladies to share as well
dieKristina Have you ever walked into a room & forgot why you went in there?
What if God is playing The Sims & he just cancelled your action.
Adopt-a-Sim My Creations My Tumblr
Fivey

The lonely Franz Specter initialized a Servo crafted by Circe Beaker. He talked to the fembot, which he named Roberta. Then he immediately had sex with it. I don't know. Then, he gave it a gussy up, as he wasn't fond of fondling solid metal.

So, Roberta Specter became a realistic android. Her face is a bit boring, but that's okay, considering she is a robot.

Later, Roberta broke down after trying to clean a shower, so the repair lady came by. Check out those eyes!

At Bluewater Village, Chloe lets her hair grow to a more tasteful length. That's the only tasteful thing about her, though.
Flarz
Field Researcher
#25