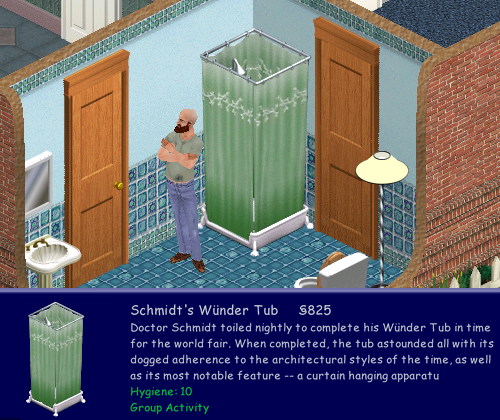 Hi there, trying to get back into making Sims 1 stuff again (after changing jobs and moving house) I thought I'd keep everything under one thread this time. I plan to make conversions from other Sims games along with some mods involved, but no longer making objects recolourable... and doing random pieces I feel like at the time.

These 3 plants are from the Sims 2 Seasons! they act like sculptures so don't need watering. Any viewing options have be removed.
Advertisement
HarVee

Neat little project you got here. It's always lovely to see someone still making CC for TS1!
In this context, there's no disrespect ...We got five minutes for us to disconnect
Let's get retarded in here.

Thanks HarVee! been busy making more.

This is a work in progress at the moment. I'm currently trying to mod this object to have upgrades, I want sims at certain mechanical levels be able to improve shower quality (higher hygiene gain) unbreakable and self cleaning.

I've successfully made the tinker interactions with custom progress. I just need to set flags to allow quality changes. I'd also like to enable woohoo... but previous tests have been unsuccessful... I'd like to give it another go after I made upgrade interactions.
Victor_tor

I like this showers. they are having nice features. So if it is possible to create your showers by cloning, or maybe use some codes from that, would be awesome.

Why did you decided to make objects no recolorable? I think that is so nice feature you discovered

Regads Vic
Here you can see more of my creations and conversions for sims 3. ;) I`ll glad to see your comments in.
Airazor65
Lab Assistant
#5

Just a little update, haven't abandon this project yet. I been Ill for the last week and just off on holiday now but wanted to share what I been up to.

I successfully made a shower with tinker, upgrade and woohoo interactions!

The tinker gives mechanical points and has a small chance of implanting an upgrade but higher breakage cost.

Upgrades can be implanted with no risk to breaking. Level 3 mechanical can add self cleaning, level 6 can add unbreakable and level 8 improves shower quality (faster hygiene gain)

Things to do. Work on try for baby option (the baby keeps appearing on the corner on the grid atm...) And maybe add woohoo sprites. With so odd touching up to do.
Victor_tor

Those features are amazing! I am very excited to see the result. Since you can't add recolor options, maybe you could add colour options as separated objects?

Please be healthy and stay safe. May God protect you!
Regards Vic ^_^
Here you can see more of my creations and conversions for sims 3. ;) I`ll glad to see your comments in.
SimmerAl
Test Subject
Original Poster
#8

Here we go! it's nearly taken me two months... but it's finally finished. 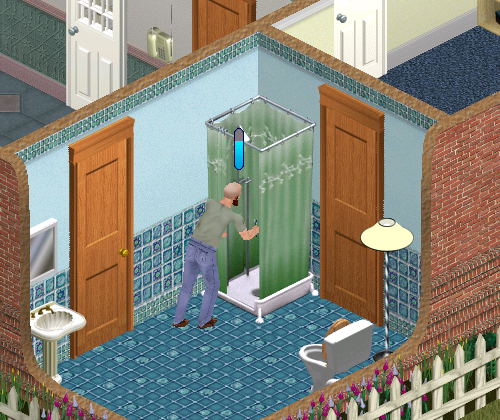 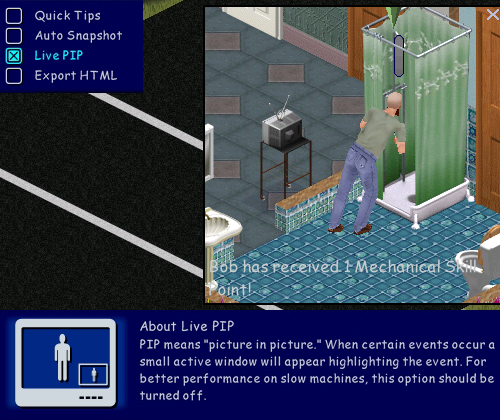 -New pop when your Sim gains a skill point! (Live PIP must be turned on or you'll just hear a sound effect)
-No more game pausing or clicking to remove dialog boxes. This new pop only only lasts for five seconds and your game will keep running whatever speed your on.
-Less dramatic rejection to skill gaining, replaced with a simple disapproving animation and messaging saying "I'm not in the mood to tinker" with the new pop up. 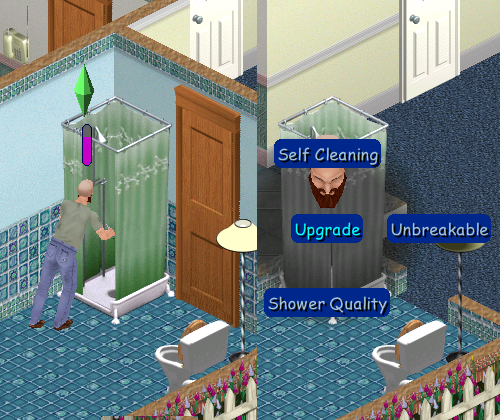 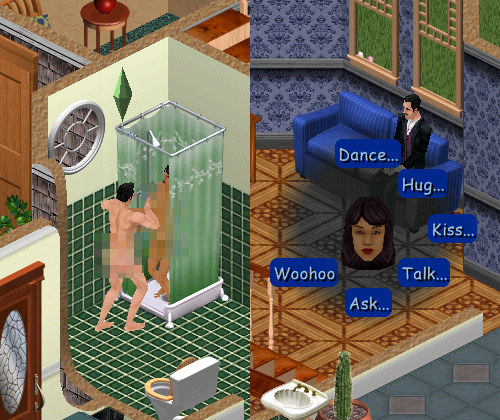 -Woohoo interaction added.
-Two Sims who are in love can woohoo in the shower.
-Sims must been in love with each other to do this.
-You can either select the shower when in use to woohoo or have your selected sim while in the shower to make another join them.
-Both sims gain hygiene, fun and social.
-Sims will gain ten relationship point each.
-Sims in the shower will reject the other sim if there in a bad mood.
-Sims will both lose five relationship points if rejected.
-Woohoo animations added.
-Sometimes sexy music will play.
-Becomes messy quicker, Sims with two or below Sloppy/Neat points will make even more of a mess.
-No jealously... I couldn't get this to work without it affecting the wrong sims.
-No try for baby... I said I was working on this but can't figure out how the genetics work. 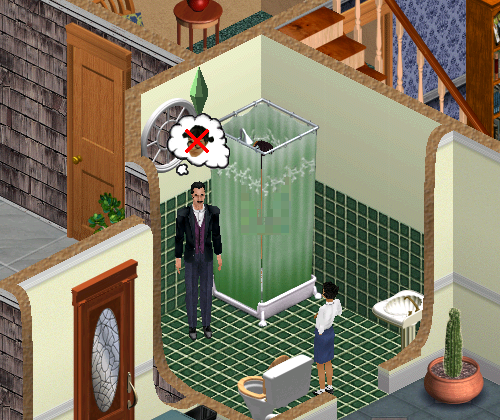 -Sims can't woohoo if there are children close by, children in large rooms or around corners will be ignored. Only affects them if there too close. 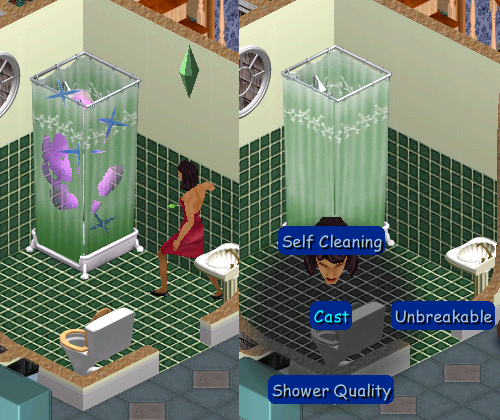 -New interaction cast. If your Sim has some enchant spells, you can just use them on this shower to instantly upgrade them.
-Children can do this as well if they have some enchant Jr spells. 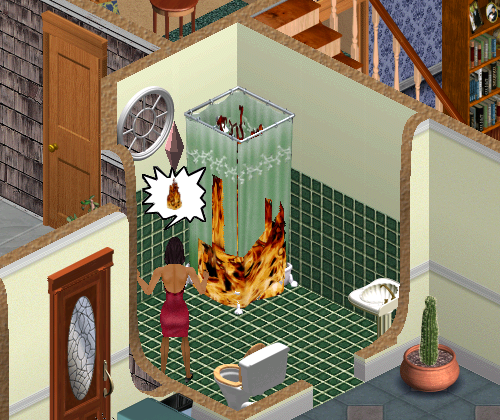 -The spell will backfire if performed in a bad mood. 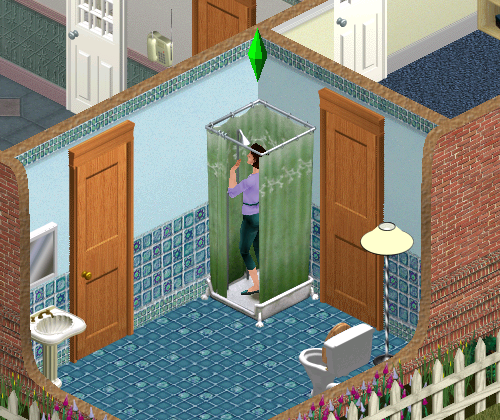 -Dirty sprite added, so you know your self cleaning upgrades at least works.
-Sims with eight or more Sloppy/Neat points will refuse to shower, tinker, upgrade, repair or woohoo until its cleaned.

The Link Does Not Work
This is so cool! I am still playing the sims1 - gives me the mose pleasure then any other sims game

Quote:
Back to top