This message has been deleted by Astrocake7. Reason: Repeated. Sowwy!
Astrocake7
Test Subject
#52

I just realized they meant in game, not RL. derp.
Ah well, I don't plan on having a heir in the first week, so I guess it won't really matter.
Remember kids; Derp!
Astrocake7
Test Subject
#53

so, as of Tuesday of Simville, The male heir act is now in place. Fun.
Astrocake7
Test Subject
#54

Oh... I forgot he needed to be in green.
SHOOT
Astrocake7
Test Subject
#56

As of Saturday, I must paint something. Good thing I don't have an easel!
Astrocake7
Test Subject
#58

Tuesday Blues
I have to work out for at least 1 hour for five days. I didn't realize I had to roll until Thursday, so I'm screwed xD
Chillyzgrrl
Test Subject
#59

Thought I'd drop in here and let everyone know that I'm still playing this challenge. Gen 5 was just born in my game. I've been blogging it on my own site, and if anyone's interested, the index for the Catchick's are here: http://simlife.meadow-bee.com/catch...colates-legacy/
Muckabout
Test Subject
DELETED POST
4th Mar 2017 at 10:48 PM

This message has been deleted by Muckabout.
leriety
Lab Assistant
#60

Haven't updated in a while, I wanted to get the new expansions but then my mods stopped working.
I had played a little before the update so I'll show you a few pics.

Here is Bruno with the triplets, they were doing homework.

Bruno and Diamond grew up to Yound Adult and decided to elope. Aren't they cute?
(Being half siblings this isn't allowed in normal gameplay, but who cares? XD They had six children since)

And this is a shot of the triplets as teens, they still had random looks that I changed but I couldn't get a better pic of all tree of them.

Violetta is an elder now and she will probably die soon, which means my next generation will be started by a teen... hope that's possible.

Curtis is Evil and Perfectionist, with Parenthood he may also become Insensitive. I want to make him an artist.
Jayce is a Bookworm and Hates Children. His Character Values are all neutral so probably no new traits. His aspiration is Computer Whiz so he'll end up in the Tech Guru career or maybe just a programmer/hacker.
Darien is a Hot-Headed Glutton, he's having issues with Conflict Resolution and may become Argumentative. He's already picking fights with his brothers. He wants to be a cook so I'd like to have him open a restaurant.

I want to pick Curtis as heir, I have a soft spot for Evil sims XD and maybe make him a vampire! Can I keep his brothers around or do I need to move out all non heir sims?
InvaderKetchup
Test Subject
DELETED POST
4th Aug 2017 at 4:51 PM

This message has been deleted by InvaderKetchup. Reason: hottyhot5
InvaderKetchup
Test Subject
DELETED POST
7th Aug 2017 at 6:08 AM

I started this challenge in hard mode.

Main character (Lisa Simpson):
- Ugly clothes (Rerolled that to the last one)
- Hazel eyes
- Yellow/Blond hair (I went with blond)
- Freckles
- Dress them (her) like a hipster
- Named after a fictional character


So I went for another sim, and ended up with a twin

I think I'm gonna get Anna to try for a baby since she is the family-orientated one.

I am really exited to start this challenge

I really love this challenge! Is it going to be updated for Cats and Dogs and Jungle Adventures?
deliadelilah
Test Subject
#63

This was one of my favorites. Wish it was updated for all the new content. But it’s still fun thanks!
MKatt709
Test Subject
#64

So, I decided to attempt this challenge.

She turned out really cute! 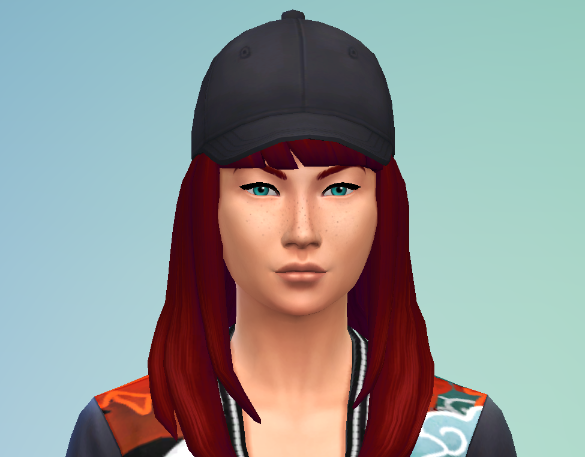 Quote:
I wish it was updated, too. There is so much new and exciting content! I might add some things to my event lists
vickiet
Test Subject
#66

I used to love playing this challenge and I wanted to play an updated version of it so I created one! You can find it here on my blog if you would like to check it out. There is a link back to this post, I do not claim any credit for creating this challenge obviously just maintenance.

Thank you so much for updating this!
leriety
Lab Assistant
#68

I hadn't played in some time and recently picked this back up. I made a mess the first time as I had problems with lost save files and didn't know how to start a new one, but now I do and may just transfer them. I didn't lose the file where I noted the rolls for this challenge, so I still know where I left off.

To recap a few things: The triplets aged up, Bruno married Diamond and Violetta passed on for old age. Then Curtis seduced Caleb Vatore, it was my first time playing with the vampires so I had him flirt with both siblings but apparently he was the most receptive one (and because I have mods, and as usual forgot to tune them, also got him pregnant). They had twins which is perfect since I rolled couple with two kids. 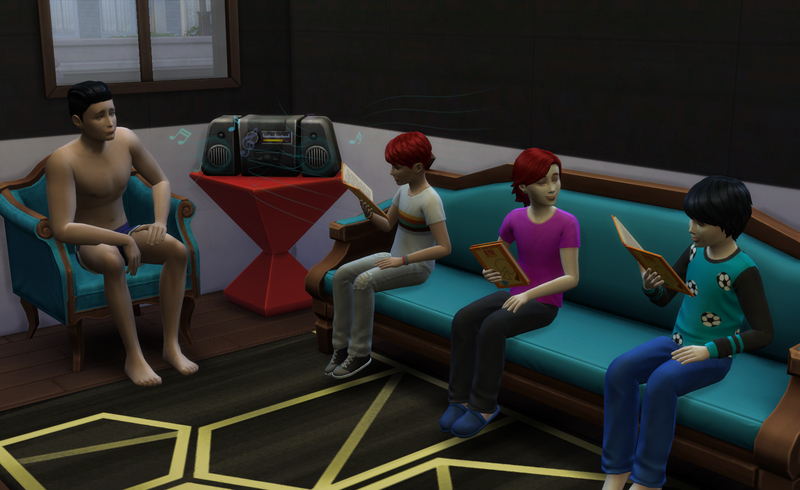 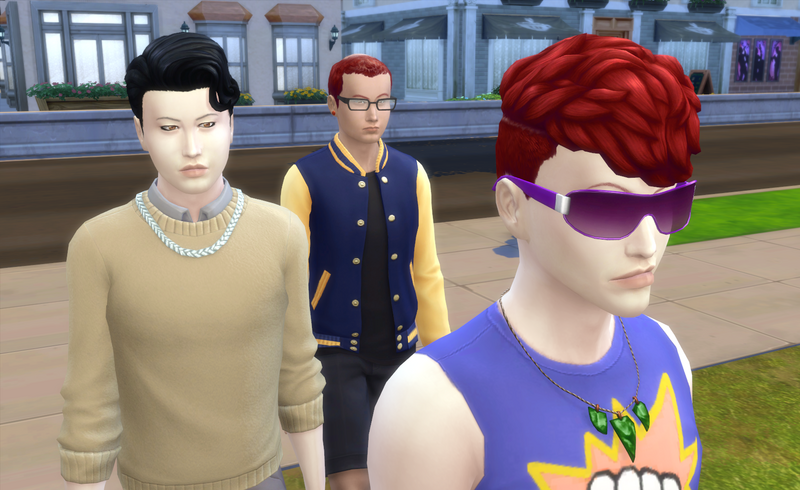 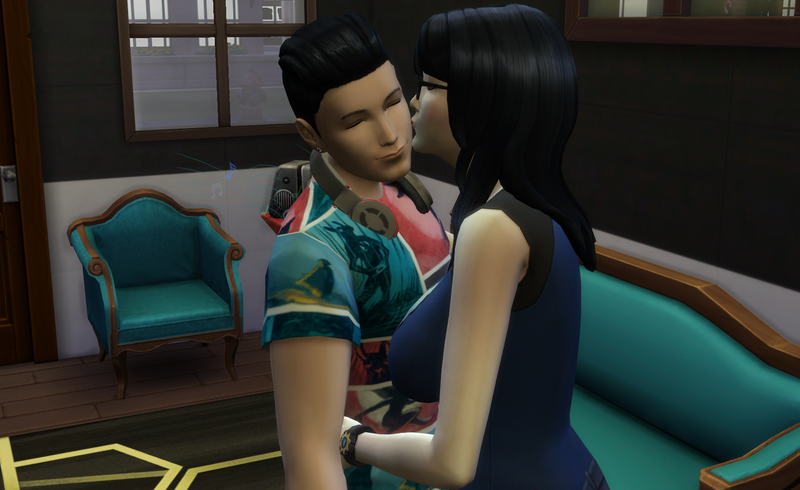 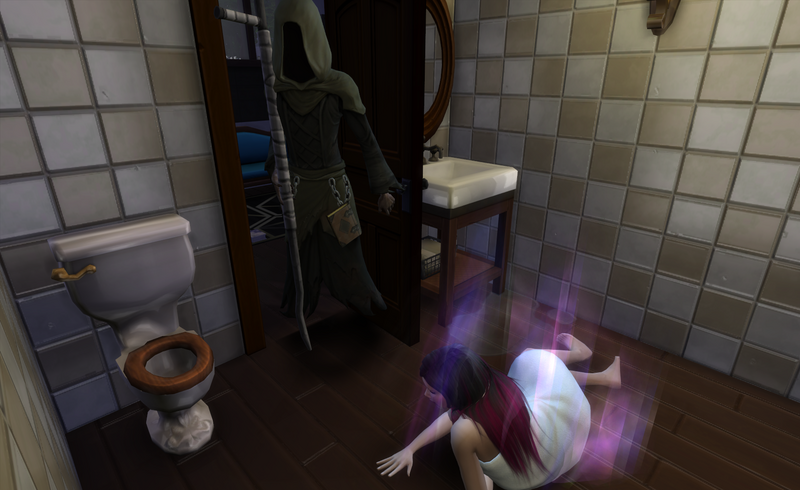 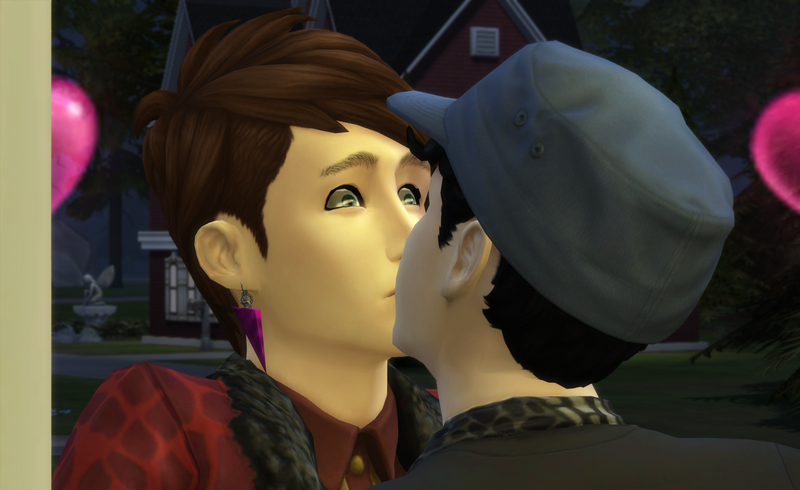 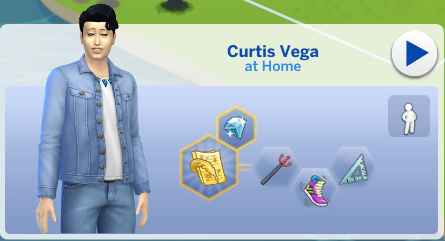 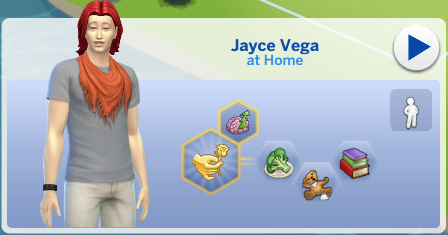 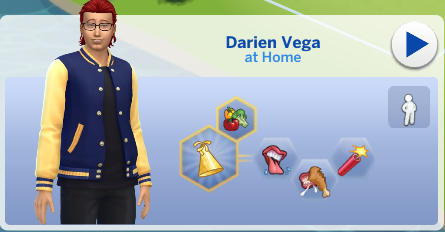 Hi, I will be continuing to post my legacy on Tumblr: https://siminspires.tumblr.com/
Hope you'll come see it, thanks.
Back to top