Witches Spell Trouble
"Chamomile Liason."
Casimir flinched. Chamomile Liason? Not her - anyone but her. His heart thundered in his chest; his pulse rocketed like a train; his face flushed hot. Then cold. Deathly cold, like icicle fingers of corpses caressing his skin. The pale iciness he had thrown over himself for as long as he could remember crept back and his body settled back into it's unnatural stillness.
"Casimir? Chamomile Liason?" His clan leader didn't ask if it was a problem. After all, it wouldn't be - he wouldn't let it be.
"Chamomile Liason?" He asked, working the name round in his cold mouth. Funny that it was his mouth that reminded him. The coldness of it. Cold, impersonal, he remembered. "Won't be a problem."

College. Great.
I looked down at the bags in my hand; then back at the empty seat in the back of the taxi. Empty. Go figure. The driver looked back at me impersonally and I smiled at him. I'd given him a £10 tip, so I figured we were about even.
I gritted my teeth as a hard, cold gust of eerie wind blew forwards. Cold wind in July? The stories about this place were true, then. Of course they were. So when I eventually (or not so eventually) went missing and wound up dead, nobody would care. Maybe this was just a quick way to get rid of me.
Okay, now you're just being paranoid .
I exhaled, grabbed my bags and marched forwards, towards the massive statues where you'd think everyone would be hanging round. Except they weren't. Great. What was this? Hide out and scare the new kid?

I'd thought everyone in this campus was new. Actually, no they were - this wasn't something I could use as some big "anti-Chamomile" scheme.
I looked at the three massive buildings in front of me and squinted for some kind of sign. I knew I should've payed attention during Greek class. Aha! That was it - it was the house I was staying in.
The house with the Greek lettering. We were Greek. The pure ones of us, at least. It was a very, very subtle clue, but still. I needed to be smart, didn't I? Sarcasm could only get me so far. I headed towards the house and practcially ran up the few steps. Damn, I needed a nice, safe place to sleep for a while. Like, a long while. And maybe a few cokes, too . . .
I gasped as I walked in. Oh my flipping God - this is so awesome! Was the only rational thought that slipped into my head. It was like heaven for one of my kind - not overly strange, but completely made for us. Not themed around us like some kid's room gone wrong, but like how people base gorilla's enclosure's around them at zoo's.
Not the best analogy ever . . .
The room was so open, so light my pure eyes could see almost every beam of sun touching the walls. And there was a lot. The furniture was mordern, but not in the "only looks good, but definitely doesn't feel it" way. In the "this looks really good and not like something my great great great GREAT grandmother would buy - and I should know, she's still alive" way. There were people in what I assumed was the main room, just sitting there, hanging out in the easy way that comes naturally to us teenagers. But without the usual crazy jabbering or insanely funny shrieks that usually came from my friends.

I wasn't sure which one I preferred.
They looked up and smiled at me and I smiled tentatively back. An exotic looking teen grinned and walked up to me.
"Are you Chamomile?" She asked, smiling slightly. "Course you are. I am," she bowed expertly and I braced myself to hear she was a Queen or something disasterous like that. "I am. Your roomie Callie."
I looked at her and she grinned. She really was a pretty girl, with her black hair falling gracefully against her toned skin, her barely there makeup blending perfectly. Her eyes were a bright green and her features were completely rounded, even down to her curved eyebrows. "So. This is Lia, this is Drake and this is Red. It is, like, awesome to meet you and I'm totally sure you're going to fit in here PERFECTLY!"
She had to shout the last part because she was strutting into what I assumed was our room, but I didn't bother to look. Yeah, right. As if you can look away from Tall, Dark and Damn-right Scary I couldn't. My eyes were glued to his and I flinched tactlessly.
He wasn't pure. And the rest were . . . but they were smiling and chatting to him like one of our own. I turned my head away and caught sight of my strangely calm appearance in the mirror, so conflicting with the scrambled mess in my head. 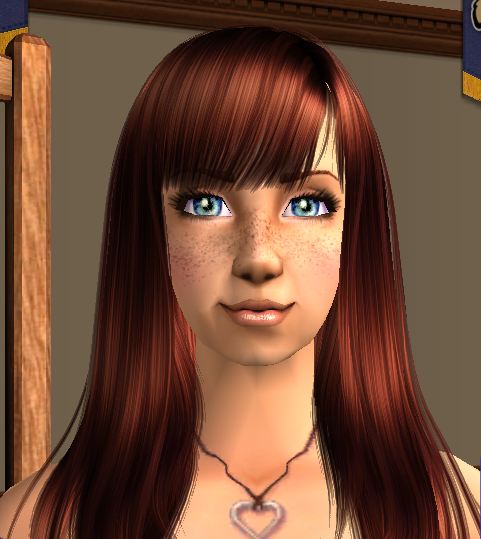 My head hurt and I'd only been there for five minutes. What a great start.
Advertisement
chickentikka
Test Subject

Chapter 2 - Lilith
I was going to kill Casimir.
She was pure, she was nice and she was ginger! How were my nieces and nephews going to turn out?! I gripped my scabbard and sheathed it, the training dummies incinerated. Me, scary? Dangerous? Never.
In fact, as I walked past the mirror and caught sight of my smiling face I realized I looked the exact opposite to the lethal, deadly warrior I was. Great. That was sarcasm.
"Girl's on a mission," Jakyl grinned, swaggering over to me. Dumbass neutral.
I was bad, through and through. At least that Chamomile (and seriously - Chamomile? What would they call their kids - Purity or something?) was Pure through and through. Jakyl couldn't even say that. No, he was a dumbass neutral. And they were worse than us Malovents or the Pure's. Because they turned on whoever they wanted to, whenever. It just seemed a damn shame Clan Leader Rast wouldn't realize that.
Maybe it had something to do with the fact she couldn't keep her eyes off of him. It's not like any other part of her ever got near him - everyone could see his . . . um . . . preferred distance . . . ?
I turned away from him, scowling. Maybe I could set him and Ginger up. As if Casimir would ever forgive me.
As if I would really care; my infamously lethal brother didn't have time for our lowly clan (yes, Malovent's and Pure's have clans) since the Queen Malovent had shown some interest in his talents. The fact that she had also tried to buy me out apparently didn't matter to him. Some of us actually had family morals.
Dumbass. But still - he was my dumbass.
A blade ripped through the air. I flung my sword up automatically, protecting myself and fending off attackers at the same time. I kinda liked my life. It grew on you. I kicked shoulder height and looked at my attacker.
Damn, I was really getting tired of ninjas. The Japanese Malovent's had started training ninjas . . . and the end result wasn't exactly useful. Jakyl had buggered off to God know's where and left me alone with a freaking ninja! A ninja !
Was it normal that worried me more than the deadly weapon almost skewering me?
Then Jakyl . . . appeared. And threw one heck of a punch. The ninja dude fell into a neat pile of black and Jakyl threw the body over his shoulder. I flicked my scabbard into sheath and turned to him.
"These ninjas are becoming a problem," was the only thing he said, humour still in his eyes, a grin threatening to break though. Not as much as you're going to be . . . I thought. Rast had it bad for this boy and he seemed determined to hang out with any girl but her. And she already didn't like me. Heck, the only reason I was still around was because I was Casimir's kid sister and, at 14, I was already one of the best warriors on our side of the war.
"Do me a favour, Jakyl?"
He grinned up at me and winked. "Anything."
"Go away."

"Evil taints, purity fails,
Life passes, malovence prevails.
Dark is not evil,
Light is not good.
We remember this well,
As we should." I chanted, flicking through my spell book. I was standing in the Magick room, brushing up on my charms. A hand appeared on my shoulder; I turned. Wished I didn't. Rast stood there, glaring down at me, eyes burning. I sighed. And this was why I didn't want to hang out with Jakyl.
Rast smiled and that is how I knew something was coming and I was not going to like it one bit. Damn shame how that worked out. She smiled down at me again and by now the wooden wand - good thing it wasn't my only one - was dust in my hand.
"You have been banished on account of fraternizing with the enemy." Rast said, trying in vain to look solemn.

I laughed out loud. "Seriously? Like, seriously ? Because if anyone's "fraternizing with the enemy." " I put air quote marks to show Rast how unbelievably seriously I was taking this. "Wouldn't it be Casimir? And - if this is about me being friends with Jakyl - isn't that the pot calling the kettle black?"
Rast looked at me and her eyes turned red. I didn't flinch. She was not scary - on any level. The fact that Rast, 14 year old cow Rast, was Clan leader instead of shoe shopping was just a weird genetic accident. But that's just my opinion.
"Get dressed smartly Lilith - you're meeting with the council in ten hours time."
I grinned with false bravado. Council? Crap, it was serious then. Damn. But still, the council would see sense and leave me be. Maybe they would get rid of Rast and Jakyl . . .
And maybe you'll sprout wings and fly
Back to top