Vampire: the Masquerade The Results-FINISHED

Greenstraws- Not bad for any age.

Haylifer- Icarus sounds really interesting! Love his bio, even if you cut stuff out. :]
"You must be the change you wish to see in the world." - Ghandi
Gerbera

((I finally uploaded pictures of Stella :D
She did not exactly turn out how I wanted her to look but I thinks it's okay nevertheless ^^
Greenie, I love Lhidias! Stella will be interested in him, I am sure *lol*))
veldagia
#53

Mina Coles
Clan: Tremere
Name: Mina Coles
Age: 103 embraced years
Bio: I was born in 1883 into a typical English Middle Class family; my father treated me well despite the questions around my conception. Whilst my brothers were educated at Cambridge I studied at home. At the turn of the century I was initiated into a stem of the GD. It was here I first met with the Secret Chiefs and once my initial instruction was complete I was “reborn”.

I spent many years in Vienna watching and waiting, as the wars took their toll and new leaders arose. The time passed easily whilst I discovered for myself the wisdom held in our laboratory, rituals and ancient texts. As I mastered the arts of the elementals, the pathway of the tarot and the evocations of the spirits I realised that there was something missing.

Slowly I began to work up the hierarchy, finally establishing myself among likeminded others who had been embraced but all the time I keep a careful eye upon those who hold power amongst us. I now live in London within the ancient cobwebs of my favourite museum but my search has brought me to L.A.

Hey, where can I find blood drippings makeup? I'd like to use some for my entry simmy. :D

EDIT: Never thee mind, I found some. Be back with my vamp soon!
oniella
#55

I have a random vampire related question.....

Umm no as far as I know of vampires it's impossible.....they lose the ability after the embrace.

It's looking good, I'm excited about this contest...wish I could join you all

See how crazy all your fellow simmers are! The MTS2 Community Neighborhood
Haylifer

I updated my app! With pictures and everything. I decided to leave him half-unclothed *evil laugh* But he'll catch his death out there in the rain! See, the sacrifices my poor sims make in the name of this contest! :D
GreenStraws


Quote:
I was actually wondering that the other day.. :D:D
But, apparently not. :P


Quote:
Bah. He's just gonna have to get used to it. His own stupid fault for being so goregous.

This message has been deleted by NotACrime. Reason: my mother told me i couldn't do it -.-*
Tosh
#60

Cool, more vimmies! I can't wait to see some more of Nath's clan... or men, for that matter

Ah I hope this doesn't result in a similar crisis situation like the Apocalipse RP, where men are severely small in number XD
AtropaMandragora

Clan: Tremere
Name: Adrien de la Cour
Age: 25 human years, 217 vampire years, making him an Ancilla.
Bio: Born a French nobleman in 1765, during the Enlightenment, Adrien was destined to have a talent for learning. At an early age he discovered the power of knowledge, and was taught a number of languages, sciences and arts. A romantic at heart, he found himself spending hours and hours playing and composing music. The harpsichord was his instrument of choice, and it was there he felt the most comfortable, and at peace.
However, late 18th century France was a turbulent time and place, and during the French revolution, Adrien's family were amongst the unfortunates that the people turned against. Both his parents and older siblings were arrested and executed.
Adrien himself, however, had caught someone's eye. And not just one person's. It was two people, who for different reasons desired him. Both of them vampires. One Toreador female, who had fallen in love with him while watching him perform one of his sonatas at a party. The other a man of the Tremere clan. Adrien's vast knowledge and hunger for learning tickled his interest.
But while the woman waited for just the right time to approach Adrien, the man wasted no time.
In a dirty back ally, attempting to escape from the angry mob, Adrien was embraced and quickly taken to a crypt at the cemetary. There he learned about his new nature, the Camarilla and the Masquerade, and he was delighted. He thouroughly enjoyed being a vampire. It opened up so many doors, so many new dimensions to life.
He's travelled the world, to study cultures and technology, and recently ended up in Los Angeles. 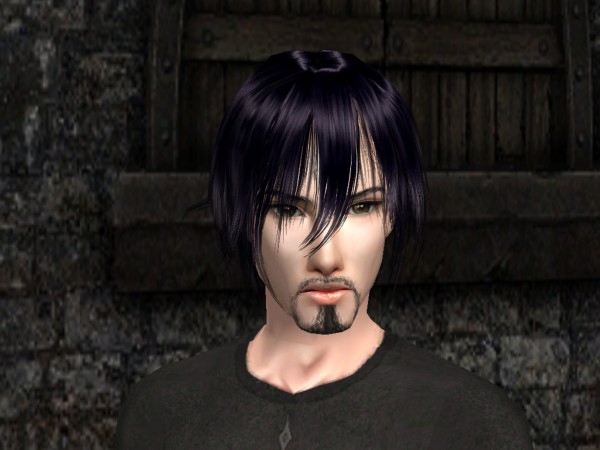 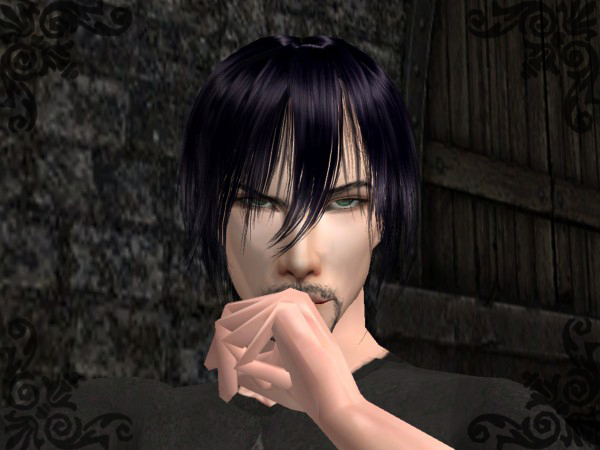 Woo a nobleman!!! Atropa love the bio can't wait to see him

I'm hoping that we'll get the other spots filled up within the next couple of days in order to kick this thing off! :D
See how crazy all your fellow simmers are! The MTS2 Community Neighborhood
Teajunkypanda
#64

This sounds so interesting, I'll definitely be watching :]
Tosh
#65

look away! I updated my post with a scary free shot...

Gave me the chills just making it. Anyway, here it is.
Teajunkypanda
#66

I wanted to enter a Nosferatu as well, but I wont be any good in the whole RP thing x3
Haylifer

Wow, Nath is great, Tosh! If not a little scary. Well, very scary. That blood.. I'll have nightmares about it tonight. Imagine meeting him in a dark alley at night..

Tea if it's your first time RPing and would like to try this would be a great place to start, as there won't be as many, and it has some controlled environs....If you wanna give it a try, please do, not everyone is a pro

So if you still feel like please join, and if not, then I'm glad to have you watching, and I hope it's an interesting and fun read! :D
See how crazy all your fellow simmers are! The MTS2 Community Neighborhood
Teajunkypanda
#69

I'm sure it will be interesting to read, I love stuff like that heh
It's just that I'm more afraid of the whole writing part becoming a headache to me then fun, I'm more of a visual person.

I'd love to try though, just be ready for a stinky bio. and I'll be fine if get killed right away x]
devoshka
Lab Assistant
Original Poster
#70

I'm glad to hear you giving it a try, we all started somewhere and we all aren't writers! I know I'm not LOL
See how crazy all your fellow simmers are! The MTS2 Community Neighborhood
Teajunkypanda
#71

I wish I lived in LA now. With all these hot vampire guys.
Tosh
#74

Well all hot vimmies, except Nath

And thank Haylifer, I aimed to get that whole, "Don't cross him in a dark alleway" message across with the blood and such... yah. :D

Oh Tea please make a nosferatu vimmie! Join forces with Nath and we will forever be unstoppable! :evil: Muhaha >:D

*EDIT* Atropa! Woah he is sexy! How did you get that pose in the last picture?

I really like your characters as well. Icarus' pics had me thinking Malkavian without even looking at the bio, and Nath... Well, same goes for him. *lol* He kinda cute, in a Nosferatu sort of way.

Oh, and the pose... I'm not sure really. I was messing around alot with pose hacks, but I think that picture was a result of toying with this one: http://www.modthesims2.com/showthread.php?t=195581
~ * ~ Volition ~ * ~
Back to top