She's lovely! She looks like she was inspired by Poison Ivy.
TigerAnne Madeleine, fay of my neighborhood

I like to make them attractive in an alien way...
Namaste... or "go"
ButchSims

Found a fantastic new lycan skin. just HAD to make a sim to test it.

Visit my blog, ButchSims!
Check out my Modthesims Yearbook!
Megido

I made me a Dunmer. This message has been deleted by godofallbeauties.
Nemiga

Had Uni for over a year and a half, but didn't get around to making a PlantSim until just a few days ago.

Check out our site for More Photos!!! [Sim Angels Photogrpahy]
This message has been deleted by leefish. Reason: uhuh
CasperTheFriendlyGhost

Here is my redone Emmaline Rhoen from Hidden Springs: She has a bit of an addiction to the Vial of Bliss potions:

Granny Shue is the only sim in town who knows Emmaline has a problem. However, Emmaline tries to reassure Granny that she's fine.

Even zombies enjoy the beach. She's so evil the cowplant died when she entered the lot. Dragon Pirate's Folly
I did these for a Halloween contest (check it out: Monster Mash-Up), but felt they were too fantasy and not enough Halloween. My name game prompt was "Ethereal Pirate in a Bedroom". I liked the pics and decided to share them. The first set (plus poem) is what I'd actually would have submitted (I couldn't decide which to go with so here's both).


Dragon Pirate's Folly
Some thieves steal silver. Others covet gold.
But dragon’s egg is most valuable and bold.
For medicine, for jewels.
For status, for duels.
Worth three years wages.
Sold in ten realms and seven ages.
Be ye no fool. Abide this one rule:
Let not those eggs hatch ‘fore ye sell off thine batch.
Or ye will rue, descending upon thy crew, the fanged winged creature.
It bites off more than it can chew.

Here, I was thinking of Soul Thief. A pirate who steals souls where X marks the spot. Hence, the "X" scar/birthmark on her chest. This was my first idea, but I was having a hard time figuring out how to execute it. Harry Potter and the Deathly Hallows- Made with Sims 3 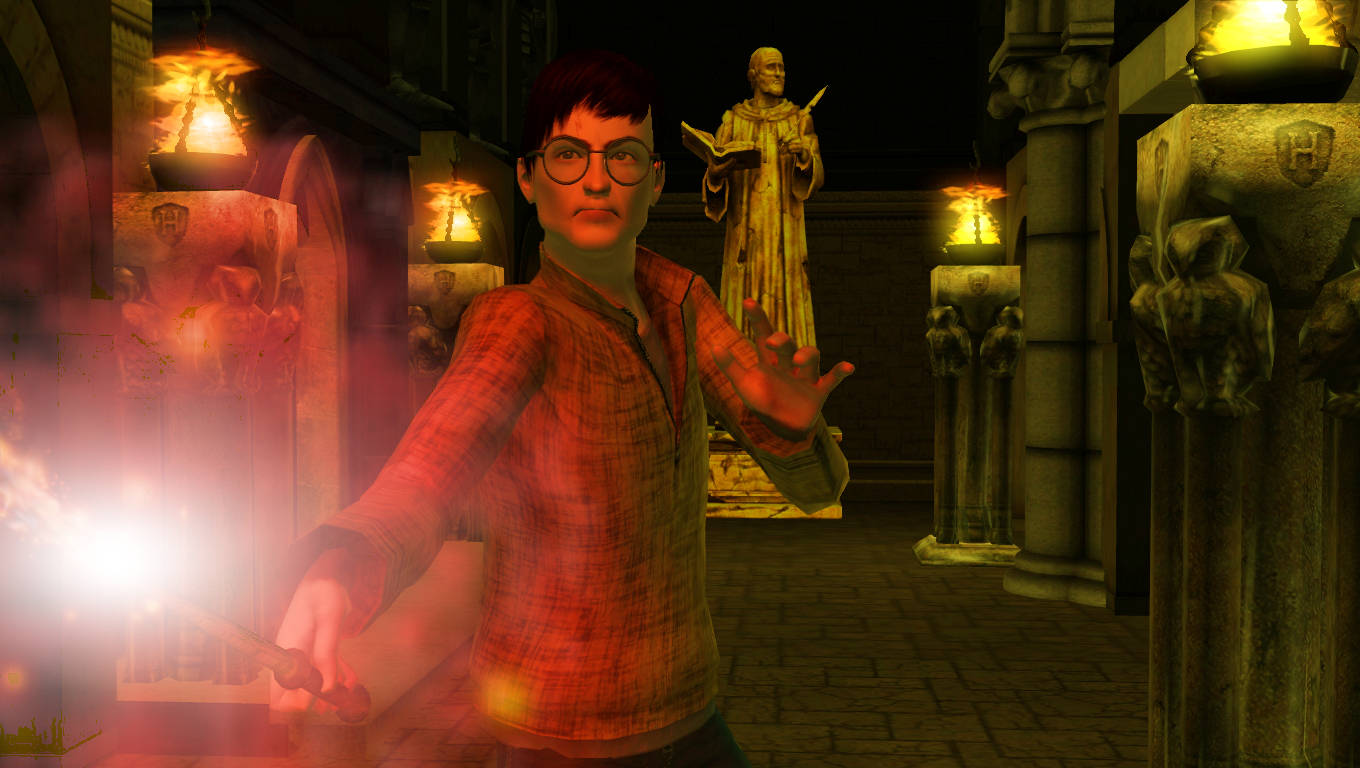 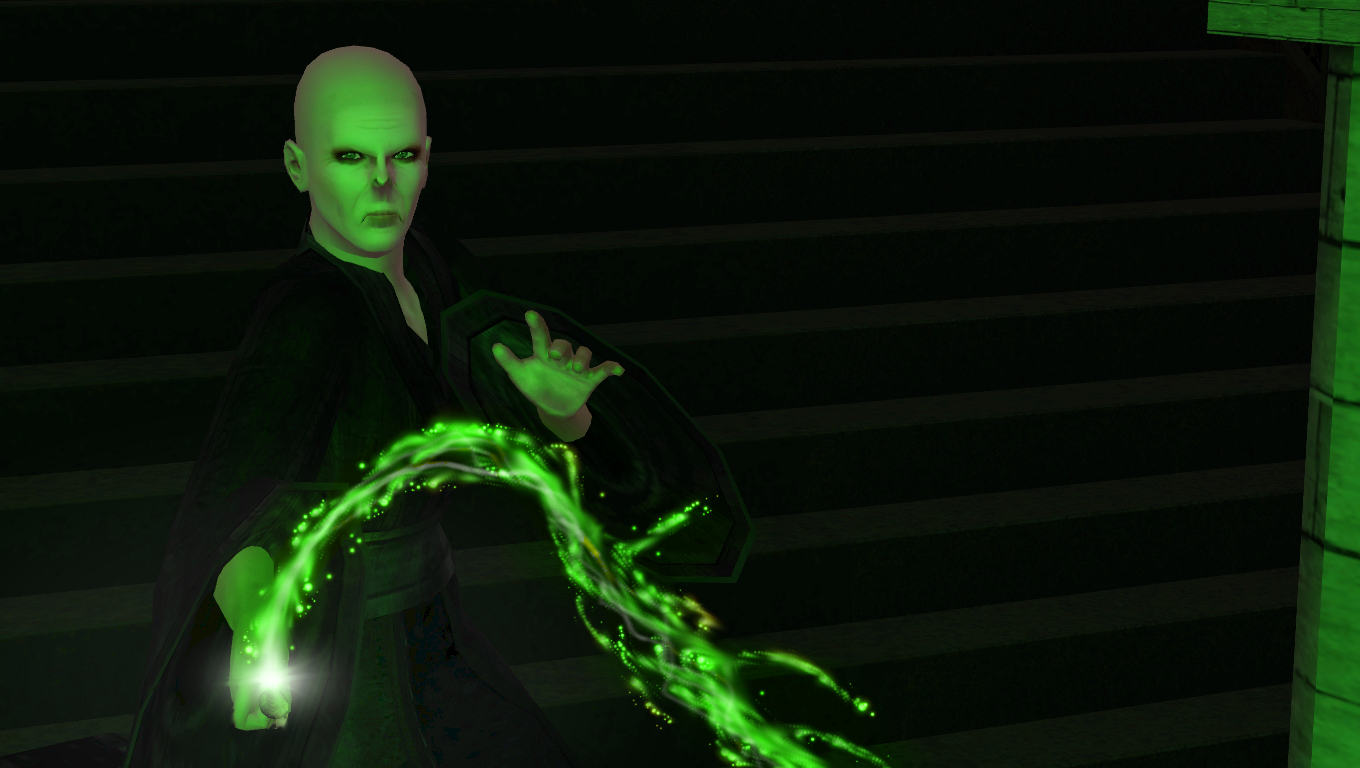 Some aliens I created a while back. I really need to go back and tweak the guys' faces some more, they don't look alien enough. I'm addicted to making male Sims, so I know how I like my male facial features and it's sometimes hard to break away from that. The green girl is supposed to have a little bit of human in her, so I kept her features less extreme. The two at the bottom are named Ama Tohn and Lylos Norgear. The top two don't have names yet. Sephiroth Crescent and Vincent Valentine in the basement of the ShinRa Mansion concocting experiments :D
themysteriouscorn

@themysteriouscorn That evil mermaid hands together grin is just perfect! Love the close up picture above it too! (Also thanks for making me aware that those ear fins exist, downloading them for laters <3) Not posting all my guys, just the two who recently got a makeover! GO GO Camkitty! & Shokoninio!
Figure the werewolf Bigpaw looks like a true alpha now and Puck, a fresh fairy king, looks more like his namesake!
themysteriouscorn

@Pillowkitty6 thank you so much!

There are also some custom tail fins that I use frequently too, which is awesome because I love any mersim cc

I know imaginary friend sims get called creepy and what not a lot, but I figured... well maybe I can spin him cute? Played around in NRaas CAS and found him not in doll form ingame, but I still haven't turned him real yet. Somehow nailed the look in the eyes I was going for. He isn't going to be the most mentally stable sim that is for sure, least he looks the part.
Quote:
Maiya Apples

I guess this would be considered a supernatural sim... since she's a Shinigami and all. My attempt at creating Rem from Death Note, though I could not find the chin and jawline makeup, and the bandage I was informed about didn't show up in my game sadly... Well, she's a work in progress!

By the way, this is what Rem from Death Note looks like: