I have a love/hate relationship with the stereo's in TS3. I love most of the music, but hate how the music volume settings (ingame on stereo) never seem to save. If you put one on medium, it'll stay on medium, but the volume becomes loud again after reloading the lot (for whatever reason). There are similar problems with other ingame sound settings. I don't recall exactly at this moment, but not all music is affected by the volume settings in options for some reason. Not sure if it's some music in build or town view.
I tend to play annoying sims a lot, so it is possible they are just trolling me with the volume settings.
Elynda

In my case it has to be the phones. For it seems to me you have the choice of being a sad misanthrope with no friends, or having a whole host of them who keep phoning you whenever you have something important to do. You might want to build the skills necessary to advance in your career, cook something more interesting than canned soup for lunch, finish that novel or painting, do a spot of gardening, or maybe get to first base with that particular sim you would like to be more than just good friends with. Whatever it is, you can be pretty sure the fecking phone will start ringing right in the middle of it! And if you ignore the damned thing too often, you will soon find yourself back with the first option: no friends. But at least there's the consolation of a life of peace and tranquility.
Simblr: Elyndaworld *** Wordpress: Tales of Nantrelor
dlseis

Idk with the girls here but I think the dresses and skirts are way too short. Would you wear those with shorts on? Speaking of shorts, they're on point.
Mrmo
Scholar
#54

And then there are all this "chance cards" that you get delivered by phone. And why does it take more clicks to get the sims to ignore the phone then to answer it?
simmerLella

block it with CASP editor.
Sanity is overrated.

I hate the consignment elixir store register. I don't hate its function, but rather its design. It's just bulky looking and looks like it would kill a Sim if they even tried lifting it. I'd love for something more simple in design like the registers from WA instead.
Hoh Abba Dah No
I chase time with this dope rhyme and it's fine

I'm not sure since I've never tried it, but the elixir store register's script could possibly be copied to the WA one using The Transmogrifier mod.
You have been chosen. They will come soon.
Tacitala
Lab Assistant
#59

There's a sleek one on Around the Sims that has several matching registers for other types (in case you want to have one store that's both consignment and elixirs).
Flora2

In my case it's definitely the default eyebrows.

I remember the time when Sims 3 was in just beta phase (elder reminiscing comes here...), and EA invited the most popular bloggers and CC creators to a Creators' Camp to let them test the Sims 3 base game for a day or two. The hype for Sims 3 was huge. I think all the invited participants were enthusiastic and wrote good reviews about the upcoming game except one: Kate of Parsimonious. (If I remember wrong, just correct me.)
Her review was more mixed than good, and just because she dared to criticize several design decisions, the whole sims community ganged up on her and the scandal broke out. The simmers just didn't believe her. It's unbelievable that the new Sims game had flaws like that!

One particular part of her review I never forget was about the eyebrow design (she really didn't like how sims looked). Something like: "the eyebrows of sims look like a kindergarten-age kid would draw with a thick black flipchart marker". - And eventually, after buying the game, I could also see with my own eyes, that yes, Kate was right, they're drawn with a thick flipchart marker. - Most important CCs in my game perhaps are custom eyebrows.
Jathom95
Forum Resident
#61

^ Yeah, I'm so used to SimpleLife's replacements for the default ones now that the original ones look awful by comparison.
You have been chosen. They will come soon.
Deshong

I think the eyebrows are fine for the aesthetic. Always room for improvement type stuff which I will not ever see from The Sims again but since I do prefer more realism I do enjoy Simple Life's default eyebrows among other enhancing default replacements. 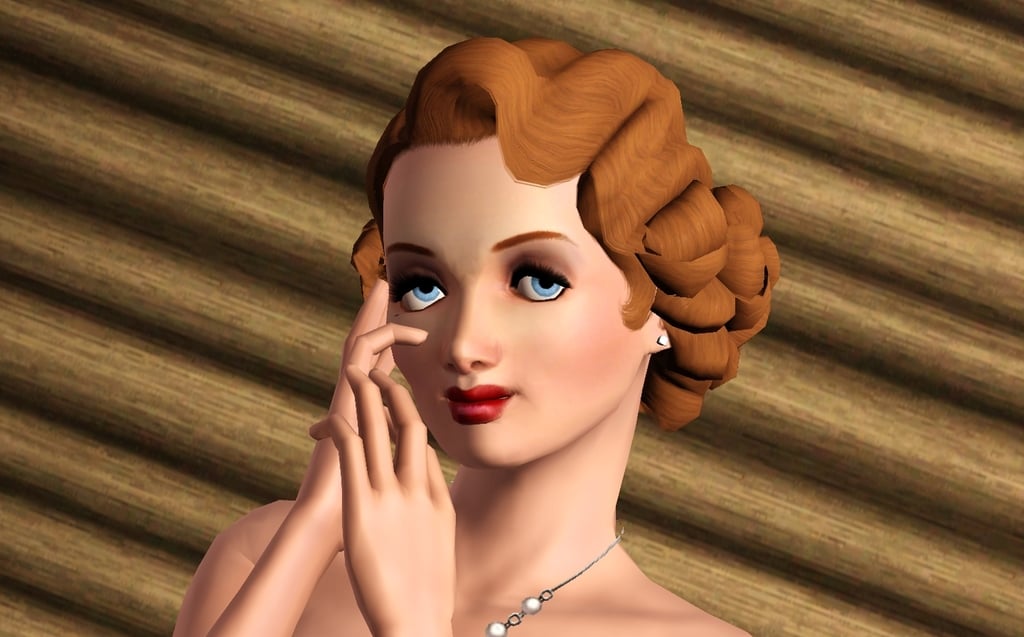 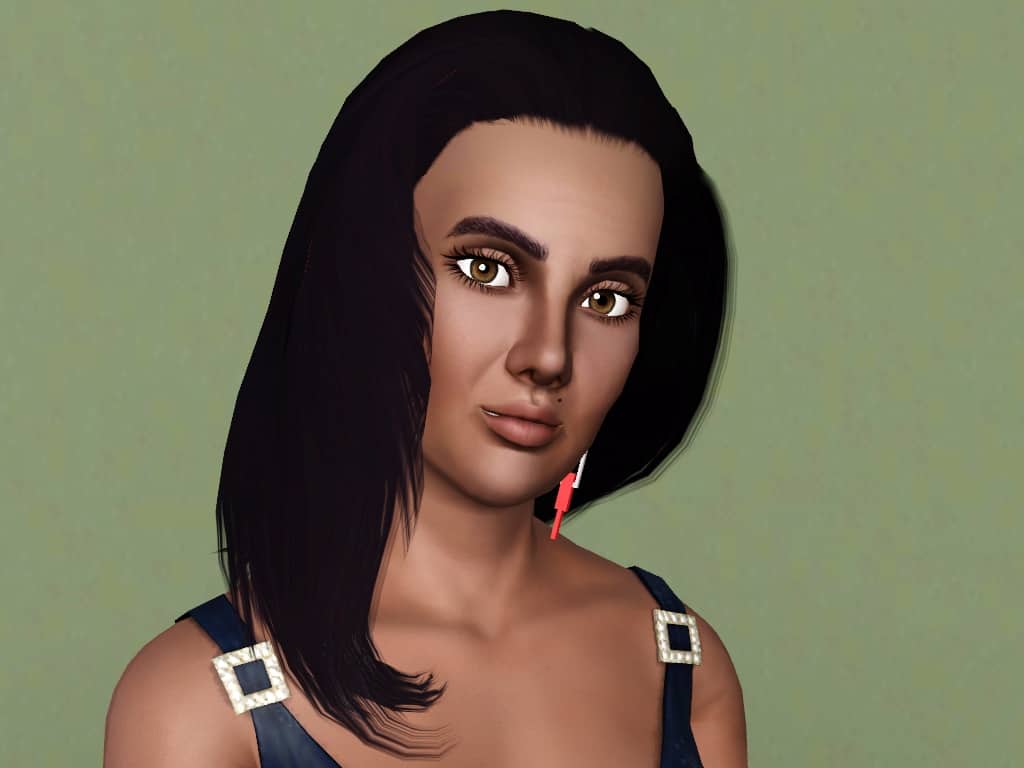 There wasn't much initially I didn't like except certain rabbit holes which prevented in-depth gameplay such as the bistro, diner, grocery store and no clothing store which was scrapped due to the complaint how it was annoying in TS2 to shop for clothes. So instead they decided to have the whole clothing categories completely free to choose. Personally I think that was and is a bad idea because now CAS easily gets slowed down the more content one has. Besides, I preferred wardrobes and the whole passing down clothes to younger siblings and so on. Not to mention it's just more in line with a life simulator and I wished it were optional for those who wanted all the clothes unlocked instead of forcing everyone into a game design decision when TS/TS2 has elements in it that really appeal to some.

For me, because of the lack of open shopping and open dining it made the seamless open world feel...less exciting, initially anyway, a bit underwhelming. I don't know if it were complaints or just what they had already planned that had them adding in registers in the first EP so players could at least create something more out in the neighborhood.

All in all, I mostly enjoyed TS3 for what it was at that time and genuinely had a lot of fun and entertainment playing the game. Especially the A.I. which most likely feeds into me liking to be told a good story but this story is interactive. Awesome execution indeed.

The patterns are horrible in this game.

But what I hate the most? The fact they are never enough choice , you have to download a lot to have something you really pleased with.
My story blog in French (FR) / Mon blog histoire en français : http://simsophonique.ek.la/
Elynda

Fish! I mean those trophy fish that go on the wall. Don't get me wrong, there is nothing at all wrong with them, if you really don't mind having dead fish on the wall. But I have recently had a bad experience with them. And it was my own fault really...

When I was putting the finishing touches to one of my castles, I of course made sure to save frequently. Unfortunately, at some point, I must have done so when everything that was supposed to be the world - wasn't. So when I went over the other lots in the world, to delete TVs, stereos, computers and any other traces of the modern world (because it is supposed to be set in Victorian times) I found the game had made some interesting changes. There were all kinds of surprising substitutions: fire hydrants appeared to be a popular choice, as were those deco medicine cabinets. And there were other oddities: objects placed where you'd think it was impossible for them to go, or stacked on top of each other, and huge potted plants and sculptures perched up on tiny shelves.

And, yes, fish! Lots and lots of fish! They were everywhere. Inside and outside. They were on windows, presumably where blinds should have been. They were hidden away behind wardrobes and book shelves. Everywhere I looked, more fish! I spent hours going through every single lot in the world getting rid of them. I never want to see another stuffed fish again!

But I guess what I'm really saying is that I hate that feature of replacing missing objects, because it could be better implemented. E.g. if it was a picture, give me another picture, If it was a blind, another blind, etc. And, as a personal favor to me, NO MORE FREAKING FISH!
Simblr: Elyndaworld *** Wordpress: Tales of Nantrelor
ZenGarden

RING RINGGGGGG - in the middle of the bathtub and toilet being broken, a toddler screaming for food, your sim is about to faint from exhaustion

- Hi! Can you DELIVER 5 PERFECT veggies to me? I give you: celebrity points and simoleons

like what??? leave my sims alone
what does his name even mean?
LemonyLin
Lab Assistant

Curtains.
Most curtains do not fit most windows, and are often just ugly. I do not use hardly any EA curtains on windows, but I do use them for room dividers. I do have a lot of CC curtains that look much better though.
Back to top