This page is located on the SimsWiki. To view it in it's original form, click here.

Rabbitholes are characterized by Community Lots that have interactions for

when you click on their maptag icons. The rabbithole shells can only be found in the Build Catalog, under

Community Objects when you edit a Community Lot.

As such, Lots with the following shells as shown on the table on the right, are not included on this page. These items can be found in both the Buy/Build Catalog for Residential or Community Lots.

Below is a table outlining the minimum grid sizes required to place each Rabbithole, in length x breadth (aka depth) measurements, as is the default for the Lot sizes in Edit Town. However, when you lay down tiles to measure them, this value is swapped in the Grid-Tile-count. Grid size is measured by the minimum number of whole floor tiles, with the entrance as the length whenever possible. This is the smallest footprint of Lot size, exclusive of any decor on the Lot - just the Rabbithole building on its own. 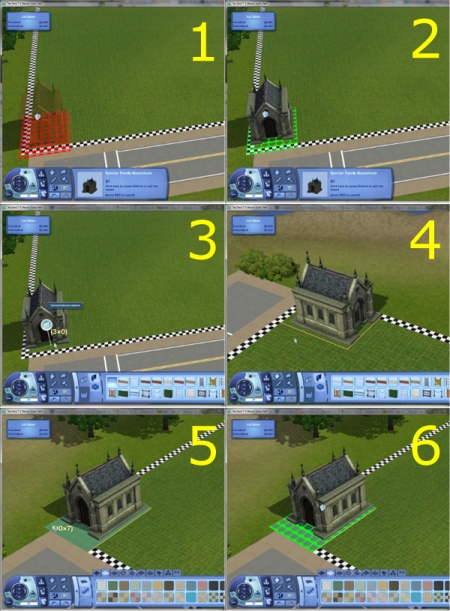 For anyone interested who wants to help maintain this page, this is my methodology: